Within hours, Halloween will soon be upon us again.

While known for its spooky ghouls and heart-pumping tales, Halloween can also be incredibly adorable too.

On Friday (30 Oct), a netizen shared a video of 2 kids dressed in their Halloween costumes. 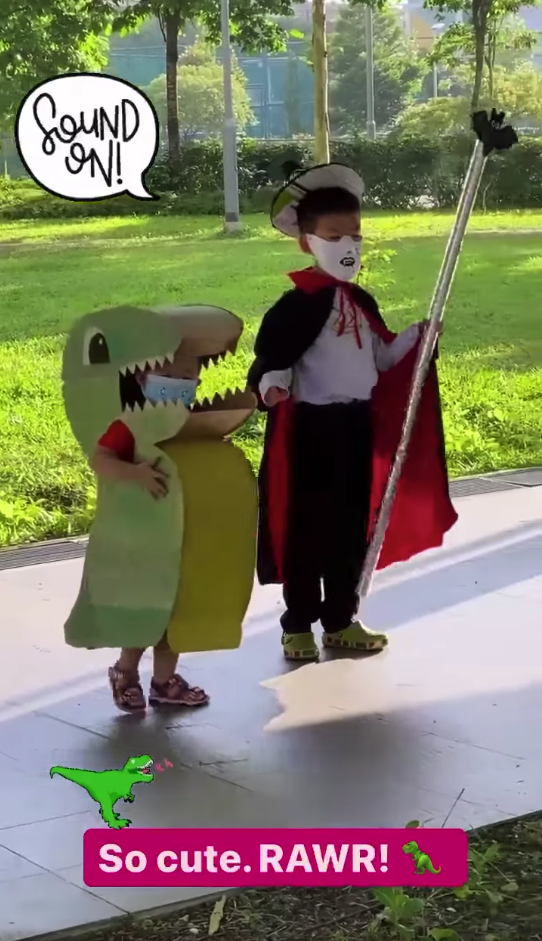 One of them, wearing a green dinosaur costume, even let out a fearsome roar. You can watch the video here. We summarise it after the jump.

While Halloween Horror Nights might be cancelled this year, some festivities like costume parties go on as planned.

On Friday (30 Oct) a netizen spotted a kid with an absolutely adorable costume.

In a video shared on the Complaint Singapore Facebook group, she captioned that she wanted to ‘complain’ about how the boy was so cute. 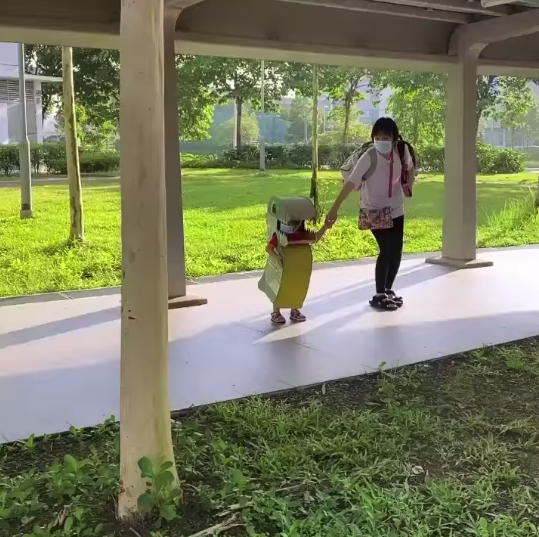 From the looks of it, the kid appears to be wearing a homemade dinosaur costume made with cardboard and paint.

Little holes were even carved out at the sides for his arms. 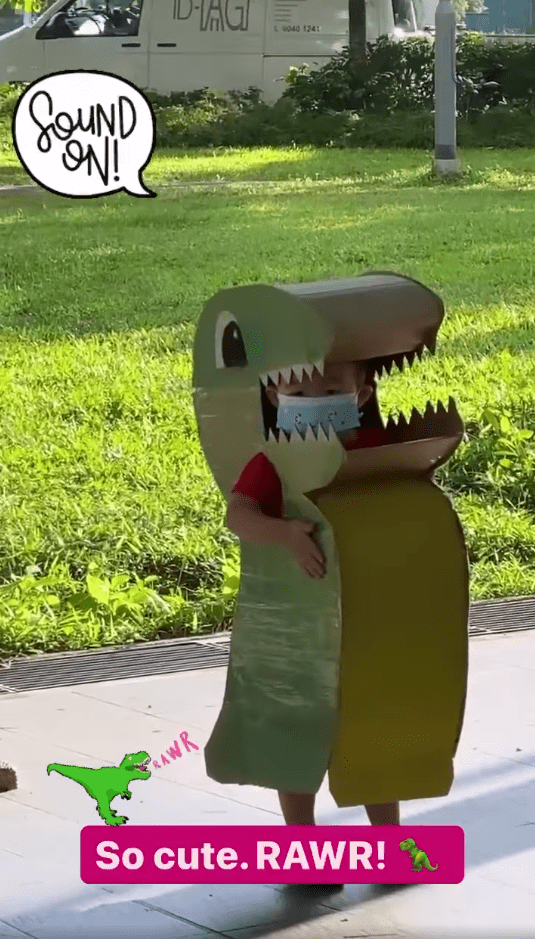 The boy was accompanied by an adult and stopped when the netizen said hi to him.

In the video, the netizen asks if the boy is a dinosaur.

In response, the boy promptly let out a loud, dino-mite roar as he stumbled forward for added effect.

And it’s the most adorable thing ever.

The sporting netizen even roared in return.

At the same time, another boy dressed in a sleek vampire costume steps into frame. 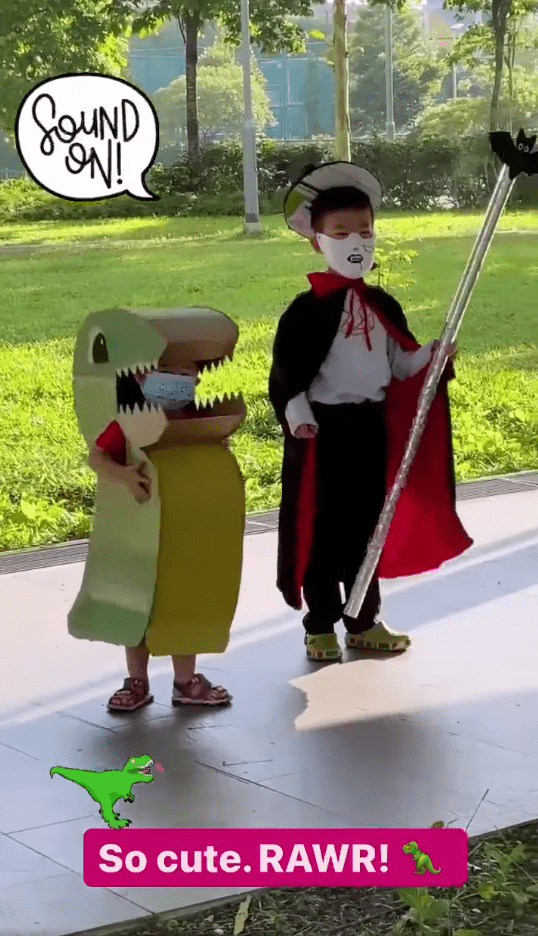 The pair truly has immaculate costumes.

The netizen who exchanged roars with the little dinosaur wasn’t the only one who found him adorable.

Many said watching the video brightened up their day. One netizen even thanked the netizen for her ‘complain’.

This netizen with a keen eye observed that the dinosaur costume was taped together and guessed that it was handmade.

He praises the parents for their creativity.

Pandemic has not dampened Halloween spirits

Dressing up is definitely one of the best parts of Halloween.

While the pandemic has meant that haunted houses and trick-or-treating can no longer go on, it is heartening to see that the kids’ spirits have not been dampened.

We hope the little dinosaur boy brought a smile on your face as it did for us!

What are your plans for Halloween this year? Will you be dressing up? Let us know in the comments down below.