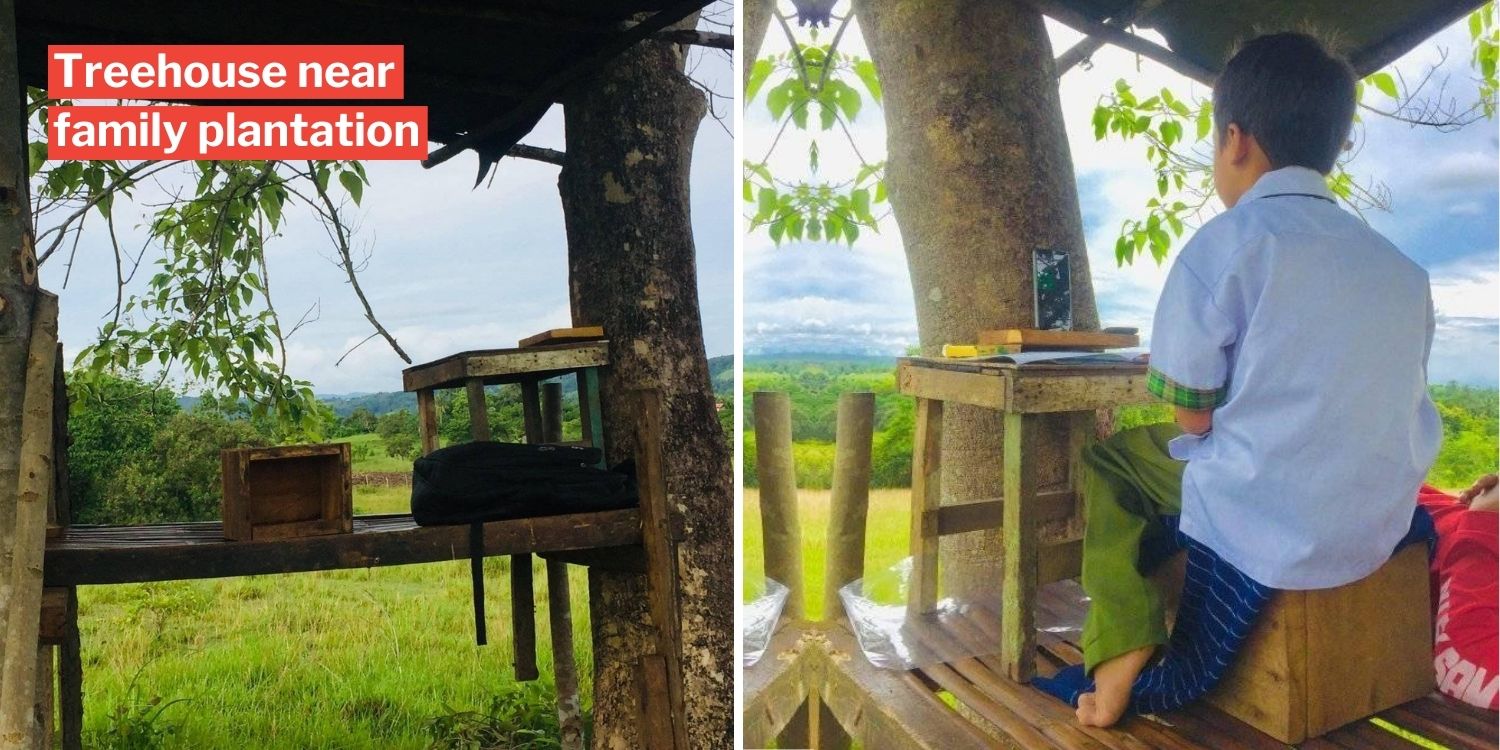 Going to all odds to attend school.

When the ‘Circuit Breaker’ period kicked in, many of us had little trouble adapting to work or study from home arrangements. Those who struggled had help from relevant parties, but not everyone is as fortunate.

6-year-old Arvin Jay Curangcurang in the Philippines for example, had to sit in a treehouse to attend his online classes. 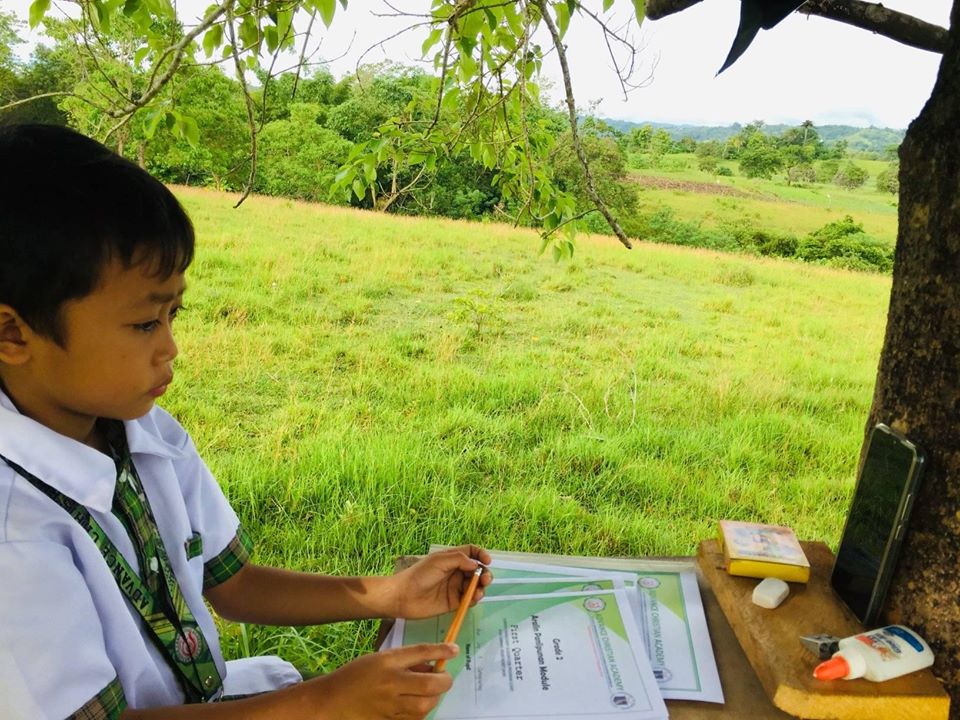 Since his home has poor Internet connection, his family went to all odds to facilitate his learning.

According to Rappler, online classes at his school, the Advance Christian Academy in Poblacion Alicia in Bohol, had started on 3 Aug.

As Arvin’s parents were in Manila for work, his aunt helped to teach him using the physical self-learning lesson material he had in his possession. 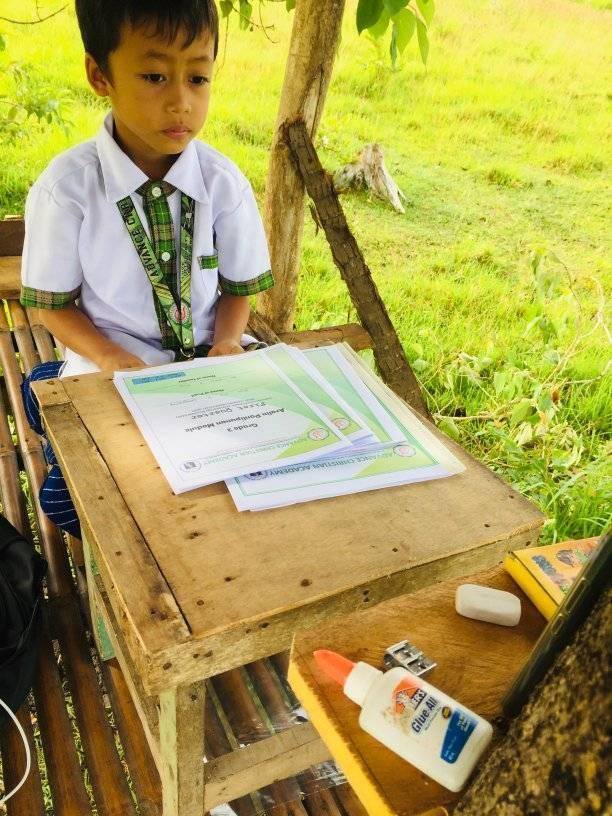 Without a stable Internet connection, that was all that he had to work with.

Noticing that Arvin wasn’t as interested in learning as a result of this, his aunt quickly deduced that it was because of the lack of interaction with teachers and classmates.

Treehouse on higher ground so boy can attend online classes

Keeping Arvin’s education in mind, his aunt and grandfather then went out in search of a conducive spot for him to attend his online lessons.

Thankfully, they managed to find a spot with strong Internet connection near their planting yard, a 5-minute drive from their house. 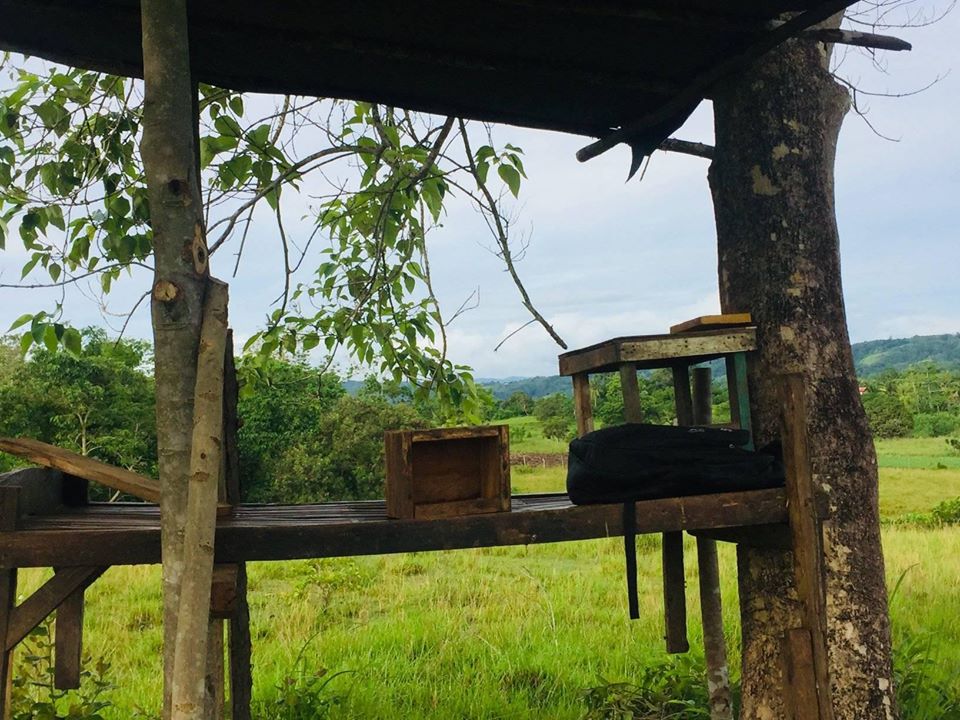 That wasn’t enough, however, as the signal was only strong from a height, so they resorted to building a treehouse.

There, Arvin attends online classes for 4 hours a day every Monday to Wednesday, and just 45 minutes on Thursdays.

Though the treehouse idea has created a conducive space for Arvin to study, the family hopes for greater convenience.

After all, studying in a wooden shack away from home isn’t the ideal situation for such a young child. 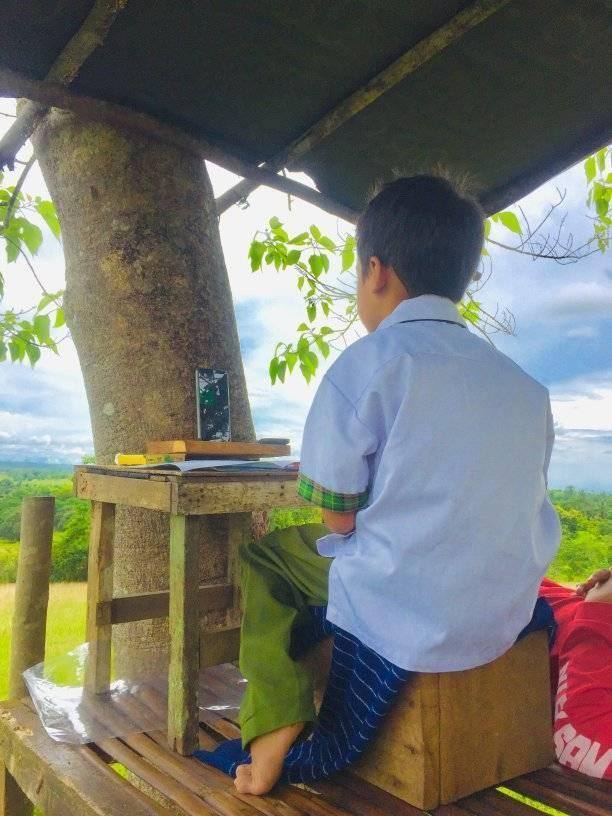 At the end of the day, all they hope for is better Internet access at home, so Arvin won’t have to go to such lengths and even risk his own health by going outside.

One of many such stories worldwide

His story echoes that of many others around the world, who have struggled to cope with side effects of the Covid-19 outbreak.

Hopefully such accounts will alert authorities to people in need of help, and move them to take constructive action promptly.