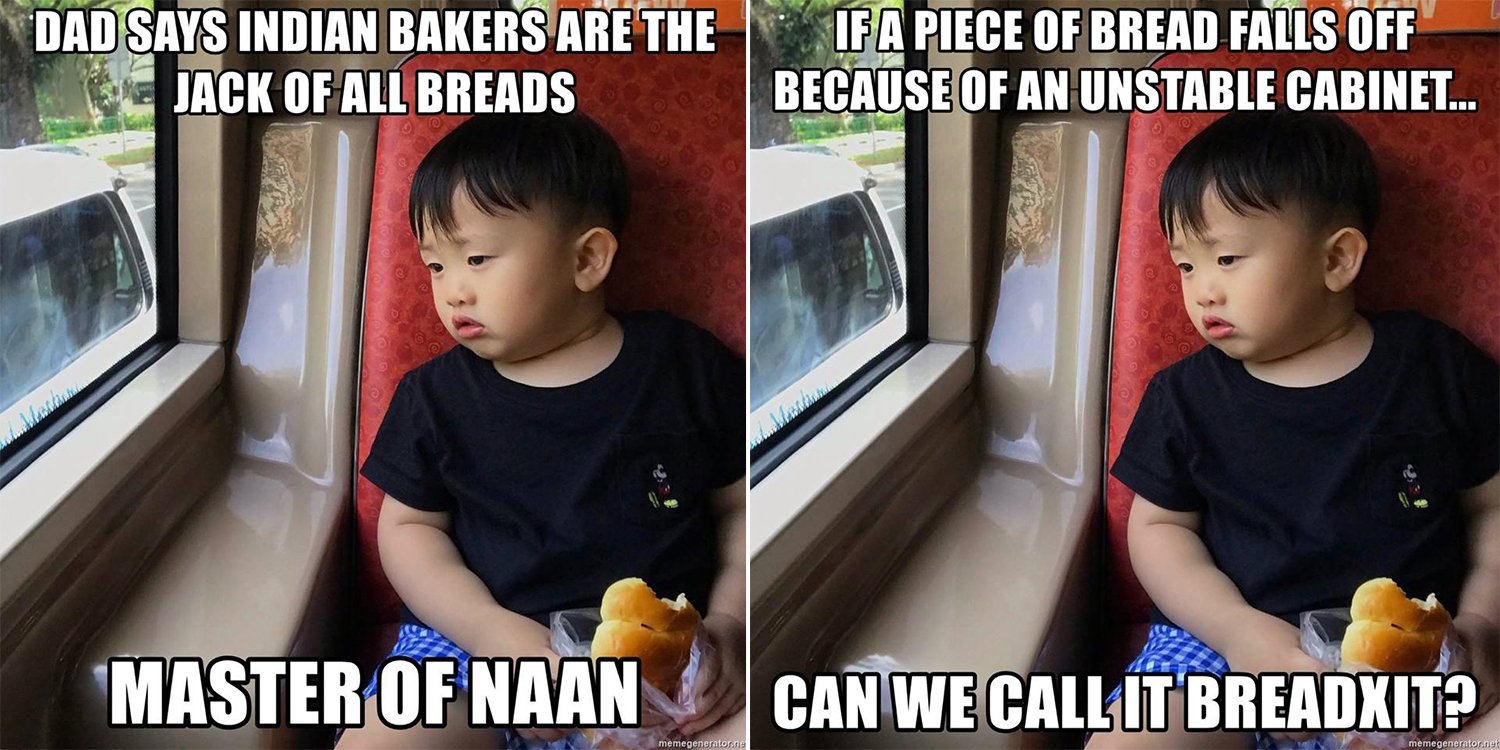 Ever catch your kid staring out of the window with a look of deep contemplation?

One proud father, Mr Ng, snapped a picture of his son doing just that while enjoying a hot-dog bun and imagined what the boy – given the appropriate name Bread Boy – might have been thinking. 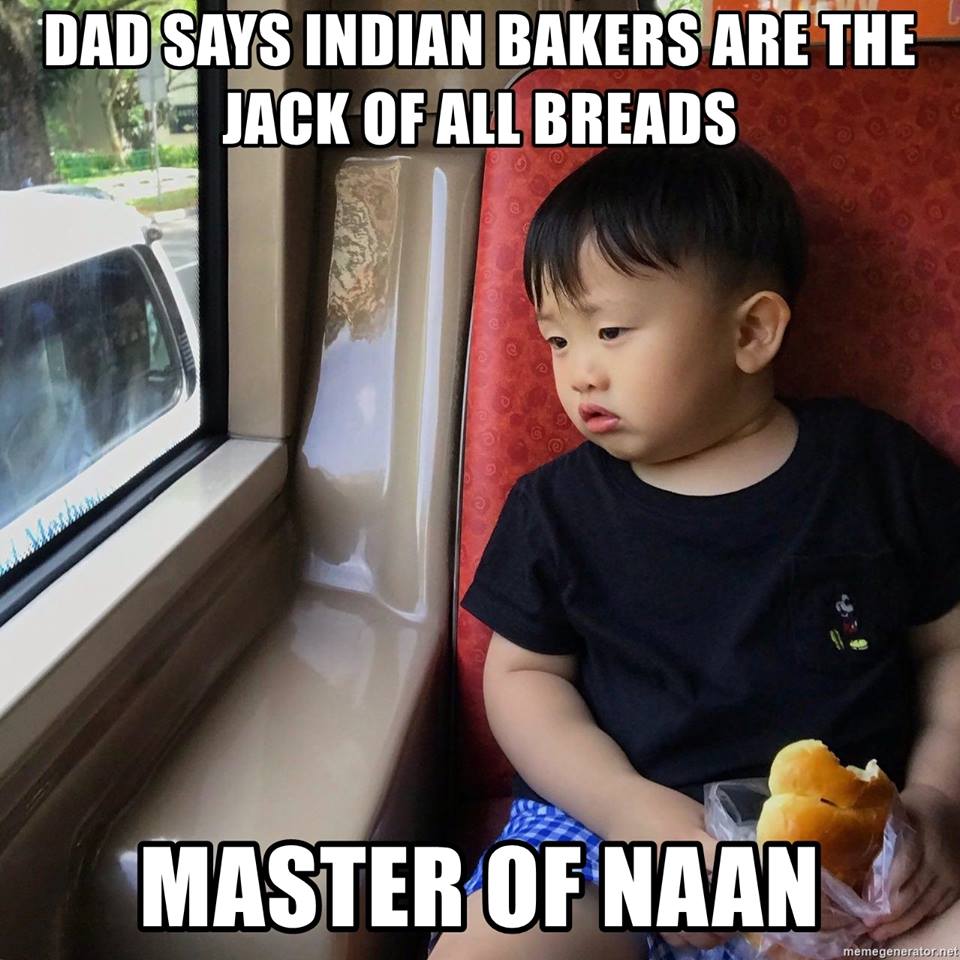 As the son of a creative director at a big media company, you can expect Bread Boy’s musings to be more than elementary — they are clever and what the pundits like to call, ‘punny‘.

The following is a prime example. Bread boy must surely possess considerable knowledge on how bread is made. 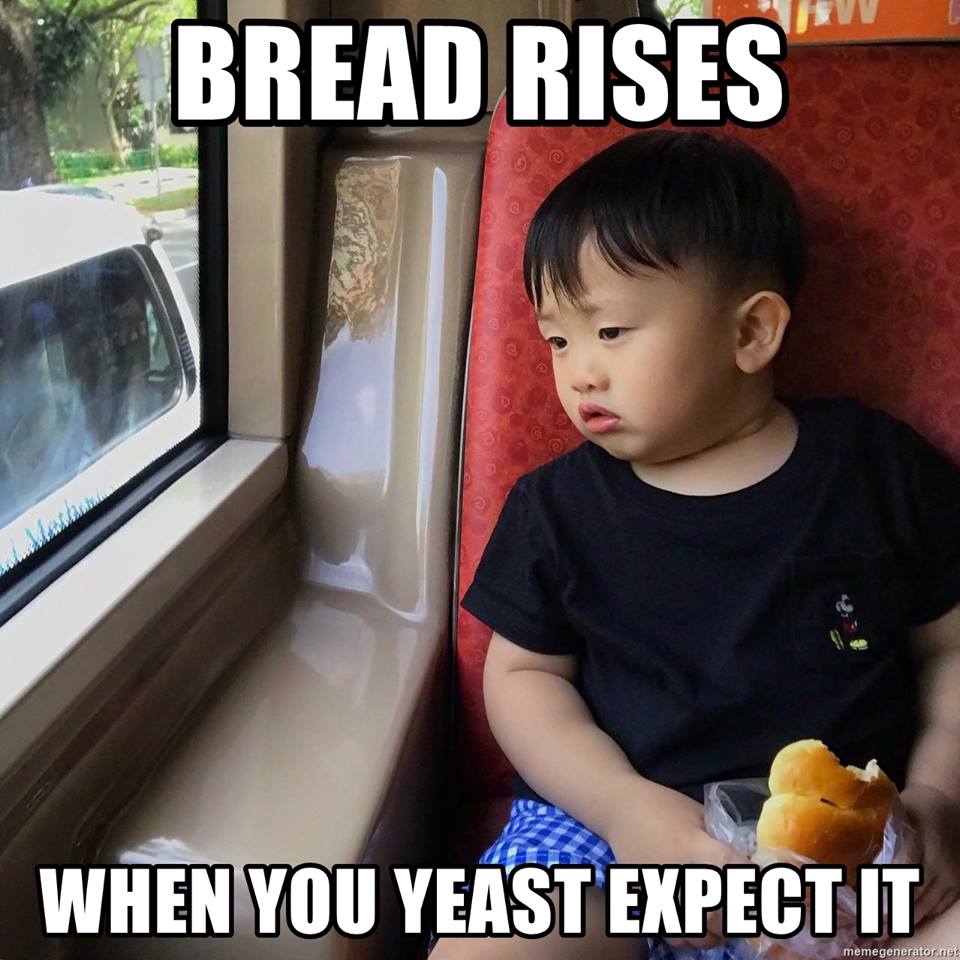 Perhaps, he’s heard this saying before, but bread in hand, makes an alternative sense of it. 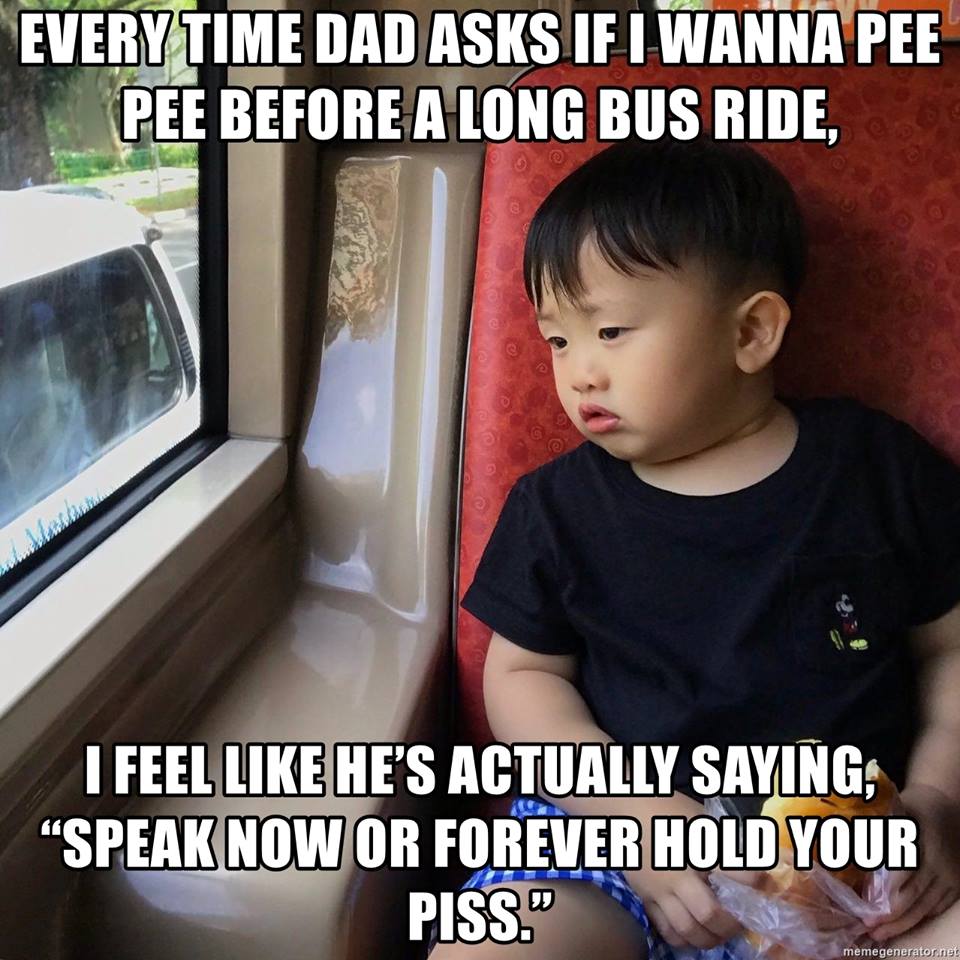 At young ages, kids are generally not appreciative of the sacrifices their parents make. Not bread boy — who knows fully well the implications of his father being the sole breadwinner. 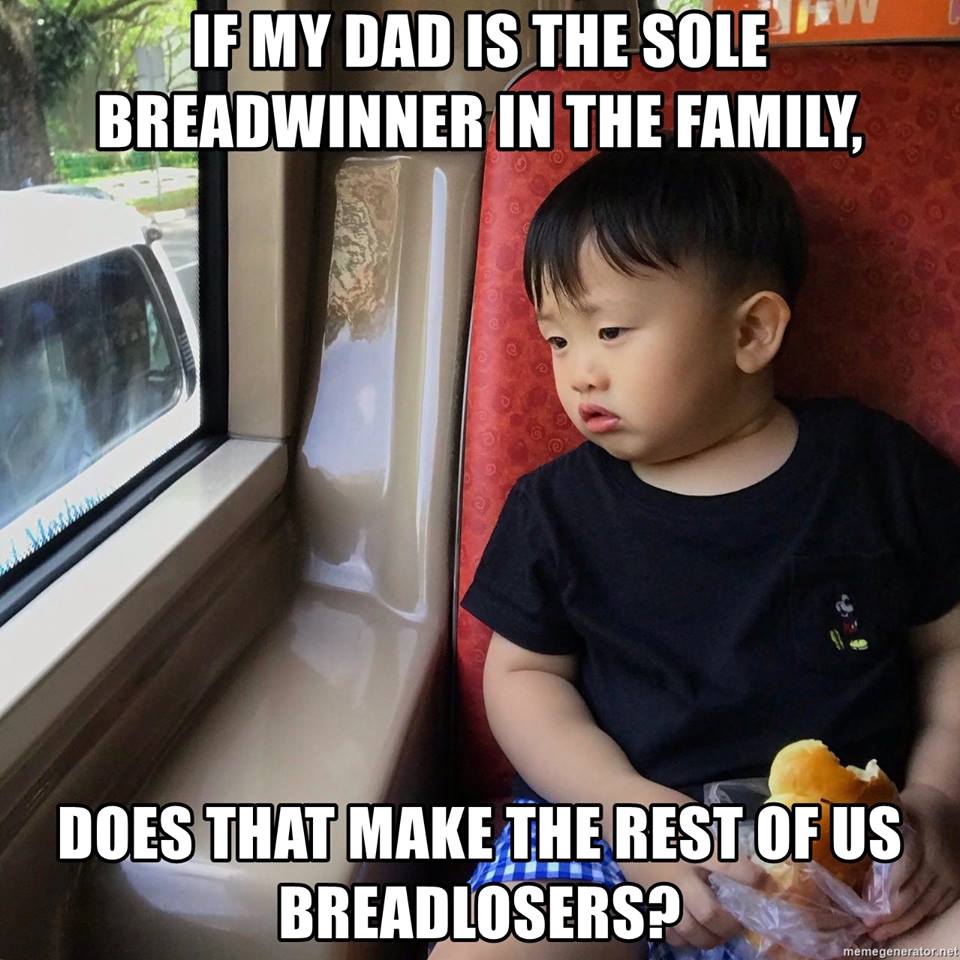 Any good kid from a Christian family will remember his Bible quotes. Bread boy takes that further and applies it to the singular nature of a pizza. While the other kids his age are busy pitting one Power Ranger action figure against another, Bread Boy is in the bus pondering the “Breadxit” mess. 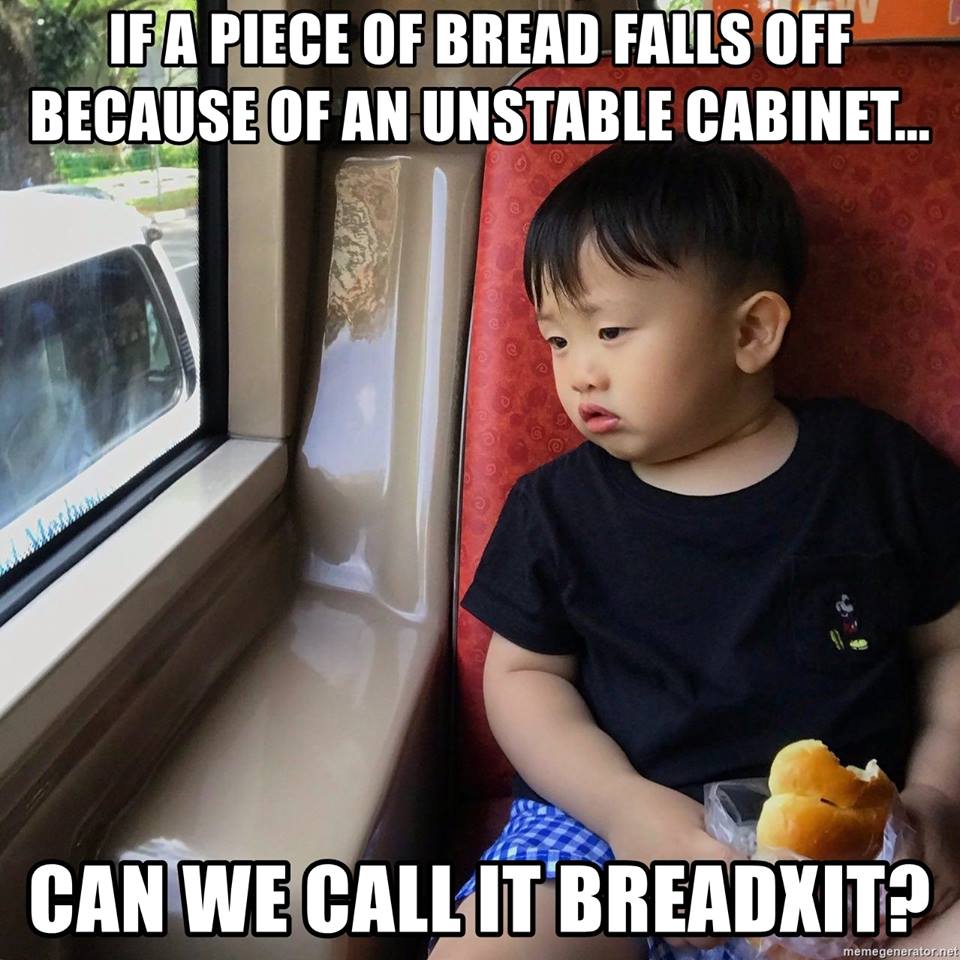 Finally, as a sign that Bread Boy is still, at heart, really a boy, he attempts to expand the word “multigrains” and argues that his parents shouldn’t force him to eat such kinds of non-tasty bread. Teach your kids about bread (and life)

Given that his father is from a media agency, we wouldn’t be surprised if he inadvertently snags a deal with a bread-selling brand.

There are, however, a number of questions that remain — will Bread Boy ever lose his passion for pondering bread? Maybe the next time we see him on the SBS bus, he’ll be pondering something else like chicken wings or bubble tea.