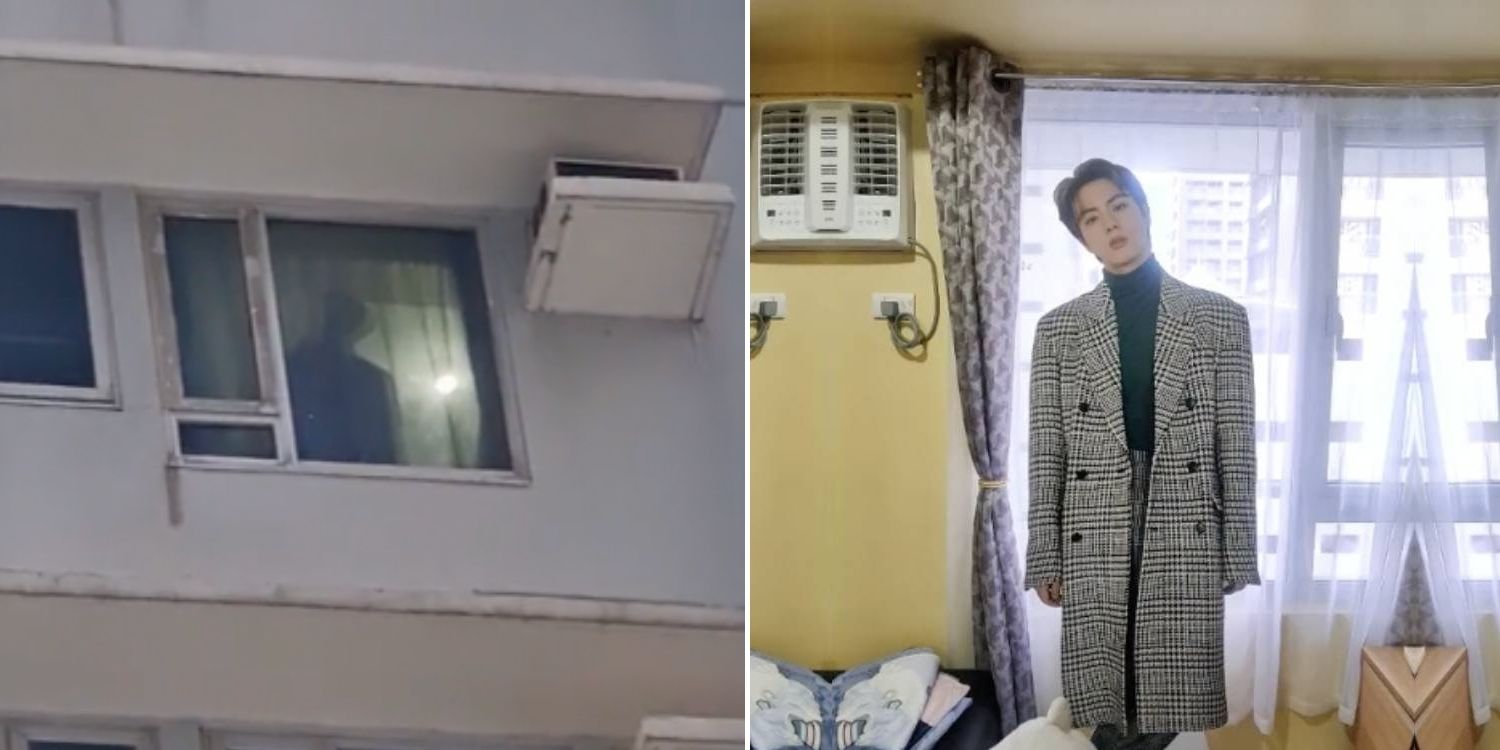 An excellent way to ward off potential burglars.

Anyone would be spooked if they spotted a shadowy figure lurking in their neighbour’s home.

However, one such case came with a hilarious twist.

Recently, TikTok user @snowlight711 shared a video showing what looks like an ominous-looking silhouette of a person in her apartment window in the Philippines.

The sight had apparently left her fellow residents very concerned.

It turned out that they had nothing to worry about as she clarified that the shadowy figure was actually a life-sized standee of BTS member Jin.

On 5 Jun, TikToker @snowlight711 posted a video that she recorded from outside her flat in the Philippines.

She zoomed in on her apartment window, showing what appears to be an ominous-looking silhouette of a man.

According to NextShark’s translation of the woman’s voiceover, which is in Tagalog, she said that she received a call from her building management late one night.

Apparently, her neighbours in the opposite condo had voiced their concerns about “a shadowy figure of a man” at her window.

However, in the next slide, she revealed that it was just a life-sized cardboard standee of BTS member Jin. 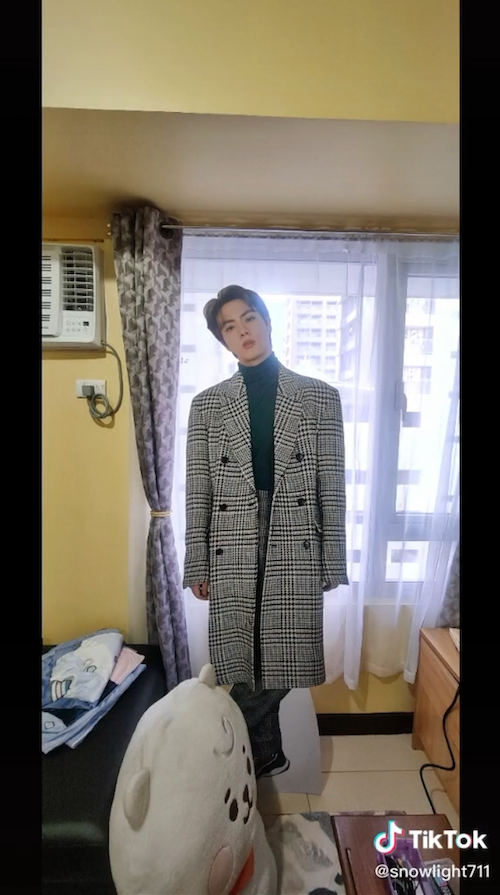 She shared that it was a gift from her friends.

@snowlight711 went on to say that the figure has been looking out of her window for about four days and that she wasn’t sure how she was going to explain the truth to her neighbours.

We’re sure they would be very relieved.

The clip soon went viral among BTS fans, amassing over 1.2 million views and 150,000 ‘likes’ at the time of writing.

Many found the misunderstanding to be utterly hilarious.

One person said that they wanted to get their hands on the BTS standee as well.

When shared on the Subtle Asian Traits Facebook group, others even suggested that it would be a good way to scare off criminals and help keep them safe.

Fans, time to get your own BTS standee bodyguard

Seeing such a creepy shadow in someone’s apartment window would understandably unnerve anyone.

This time, thankfully, it was a harmless standee of a member from one of the world’s biggest K-pop groups. Plus, the OP now knows that she has neighbours that she can trust to look out for her.

ARMY, perhaps it’s time to ask your friends to get you your very own BTS standee bodyguard.