Bus Reportedly Falls On Its Side At Bukit Batok Interchange, Rescue Efforts Ongoing 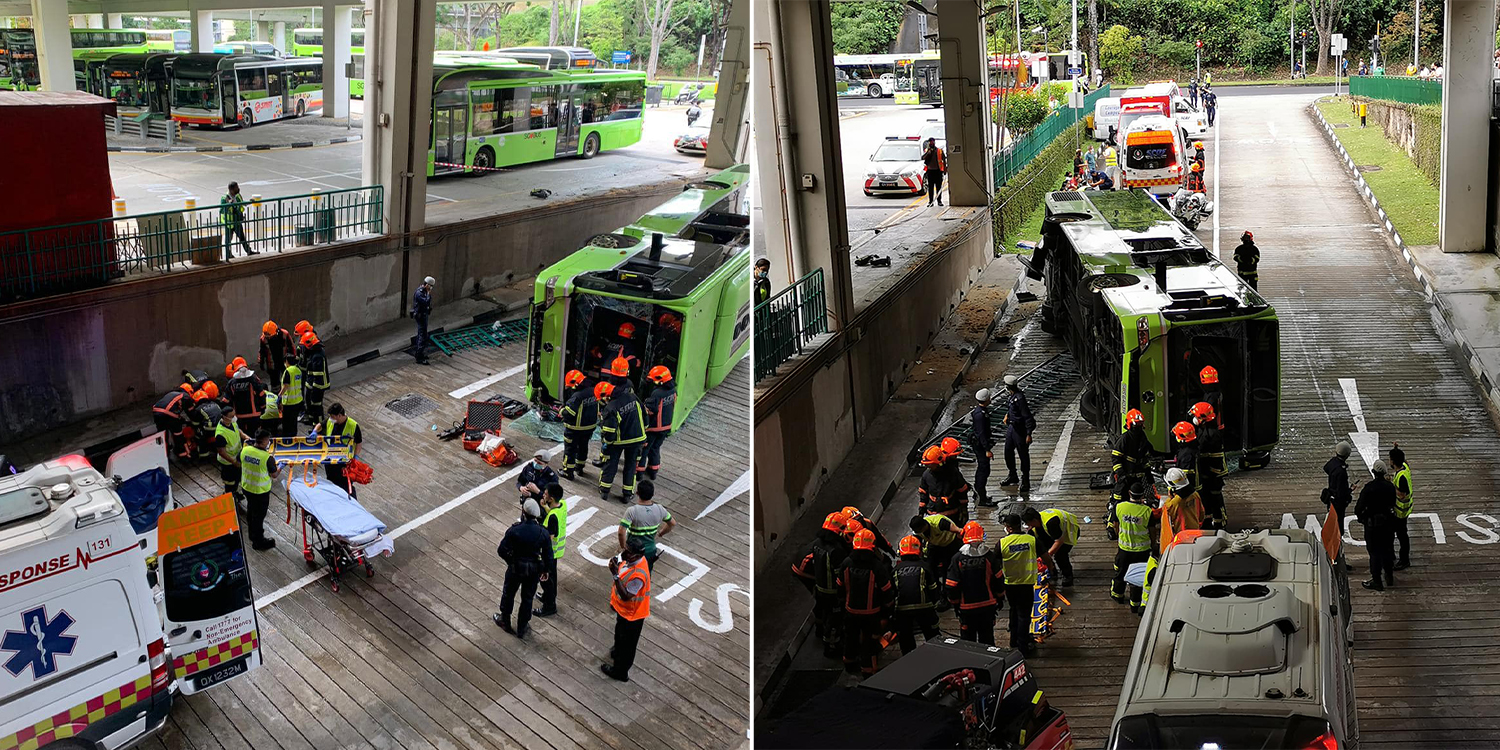 This is a developing story.

UPDATE (9pm): Tower Transit said that 2 buses collided at Bukit Batok Bus Interchange, while the SCDF said 17 people were injured, 14 of whom were sent to the hospital.

Among those sent to hospital, 5 had “more serious injuries” but none were life-threatening, MP Murali Pillai said. Read here for more updates.

A Tower Transit bus has reportedly fallen on its side at the Bukit Batok Bus Interchange on Sunday (11 Jul). 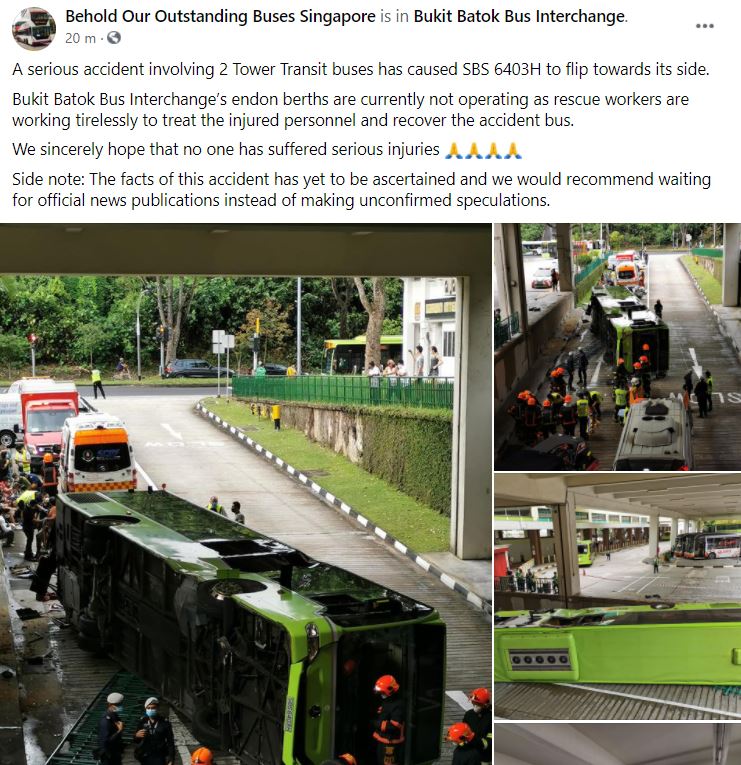 Lianhe Zaobao reports that bus service 945 was believed to have been hit by another bus and fell from a height of 2m to a ramp on a lower level.

While authorities are still in the midst of ascertaining the details, photos of the fallen bus are currently making rounds on social media. 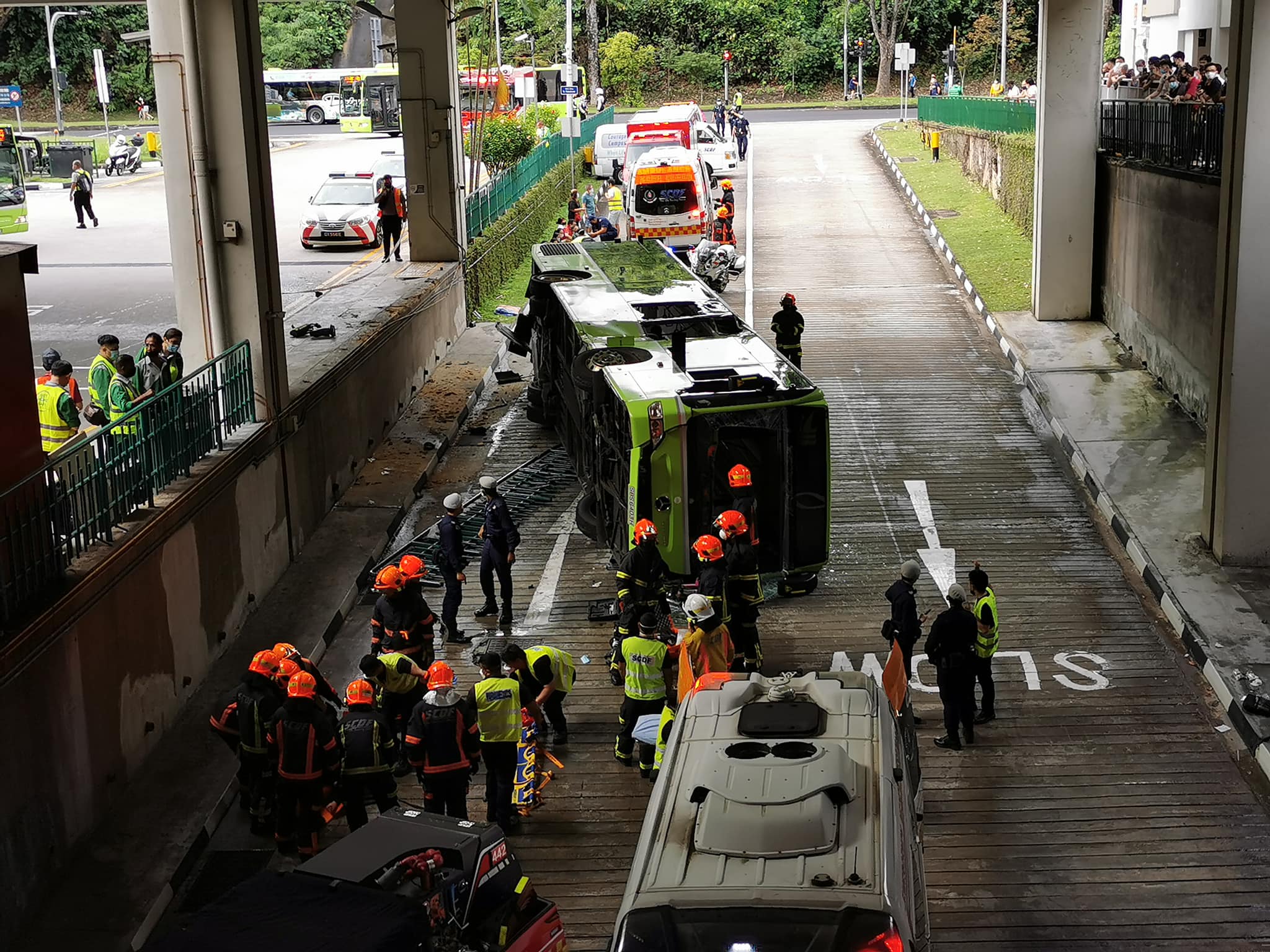 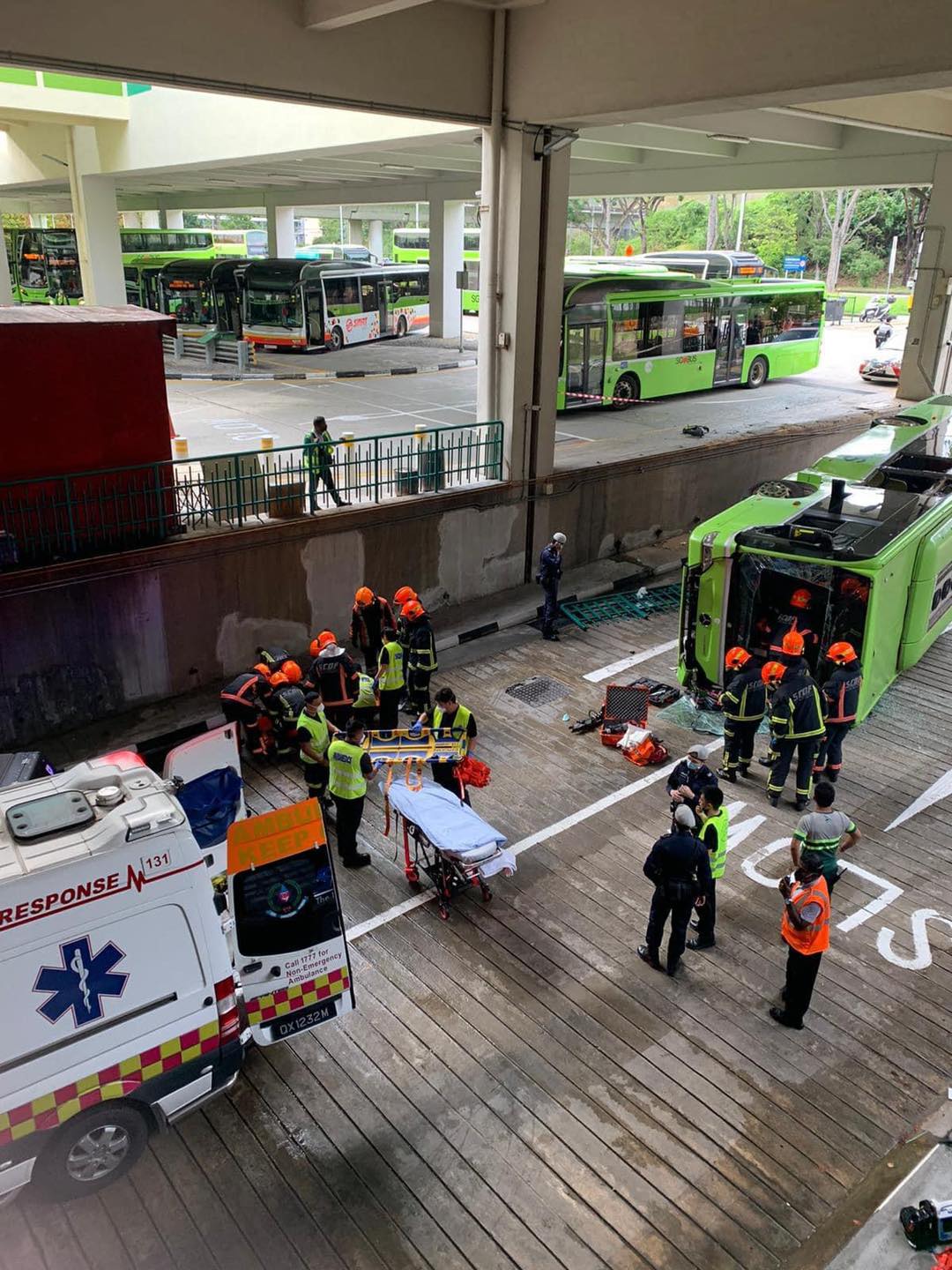 At a level above the driveway, spectators have gathered near the scene of the incident with phones in their hands. 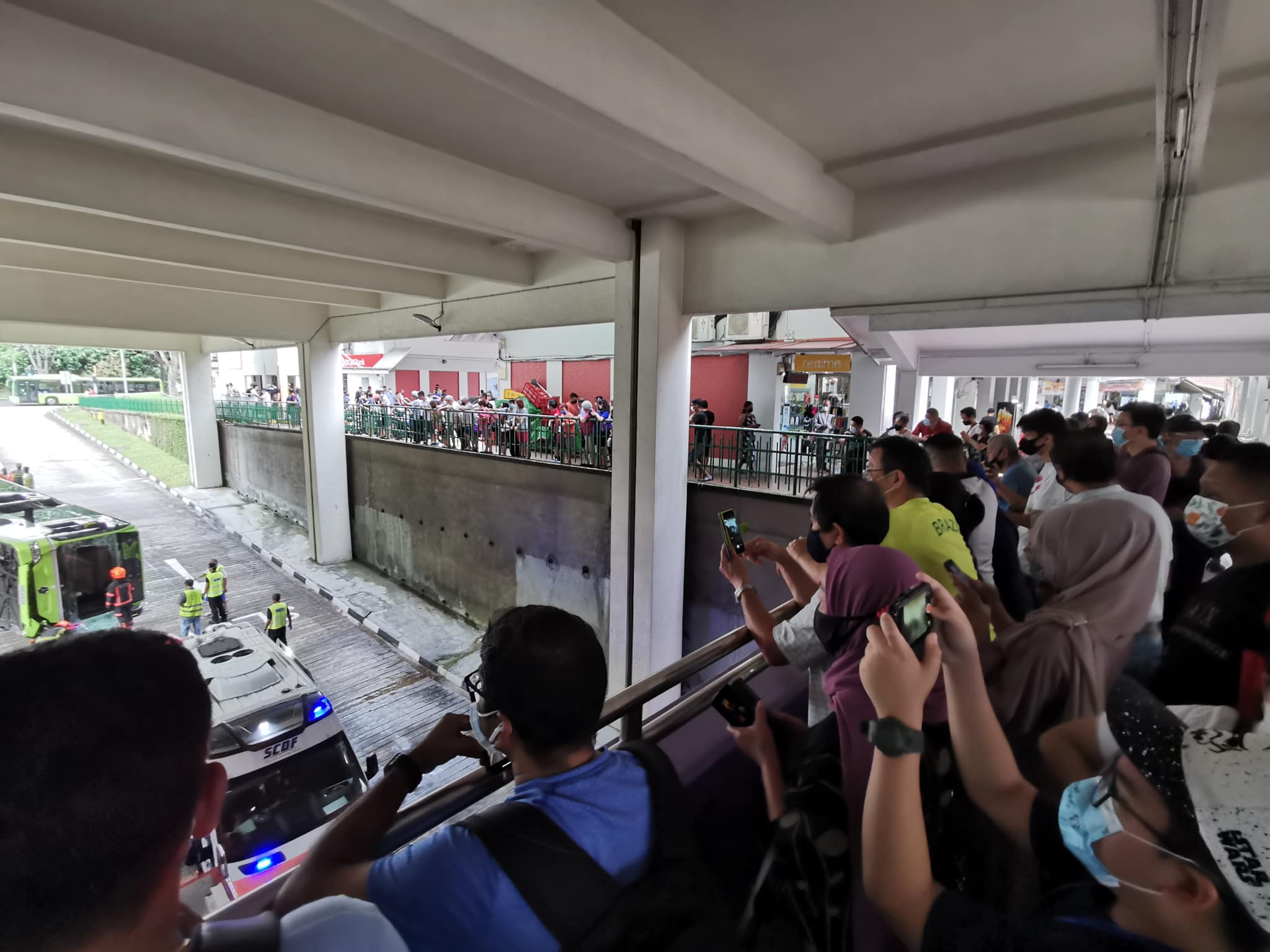 We’ve reached out to SCDF for more information and we’ll update the article once they get back.