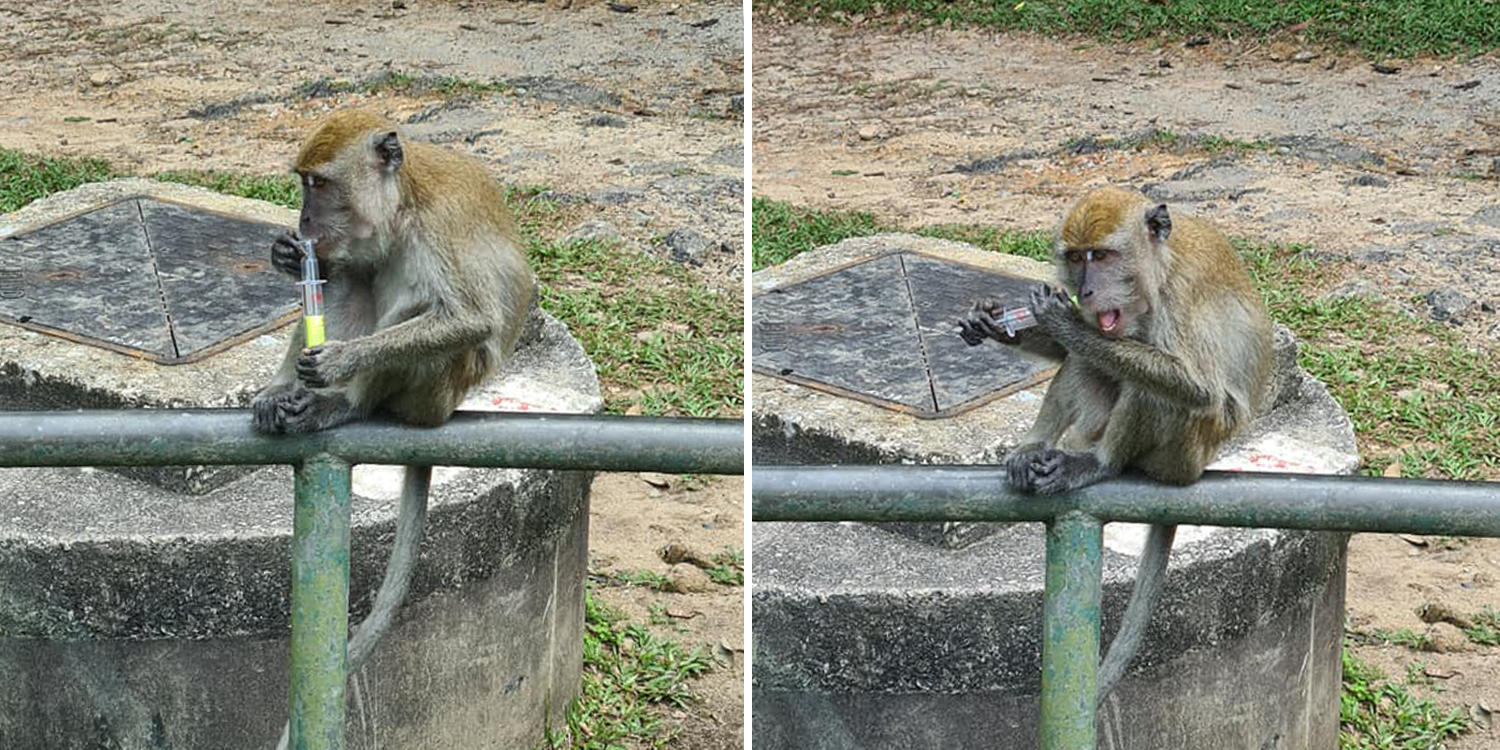 The Bukit Timah area is home to many macaques. While these creatures are a common sight, one particular macaque made a man stop in his tracks one day.

As he walked along Rifle Range Road, he caught sight of the macaque fiddling with a syringe. The netizen urged the public to take better care of their belongings so as not to expose these animals to any danger.

On Tuesday (26 Jan), the man spotted a macaque playing around with a syringe along a Rifle Range Road trail at Bukit Timah. The man joked that the macaque was trying to get vaccinated for Covid-19 too.

But on a more serious note, this raises concerns about the safety of animals when they get a hold of human’s belongings.

This was especially as the macaque was seen putting the syringe filled with luminous liquid in his mouth, possibly ingesting the contents. 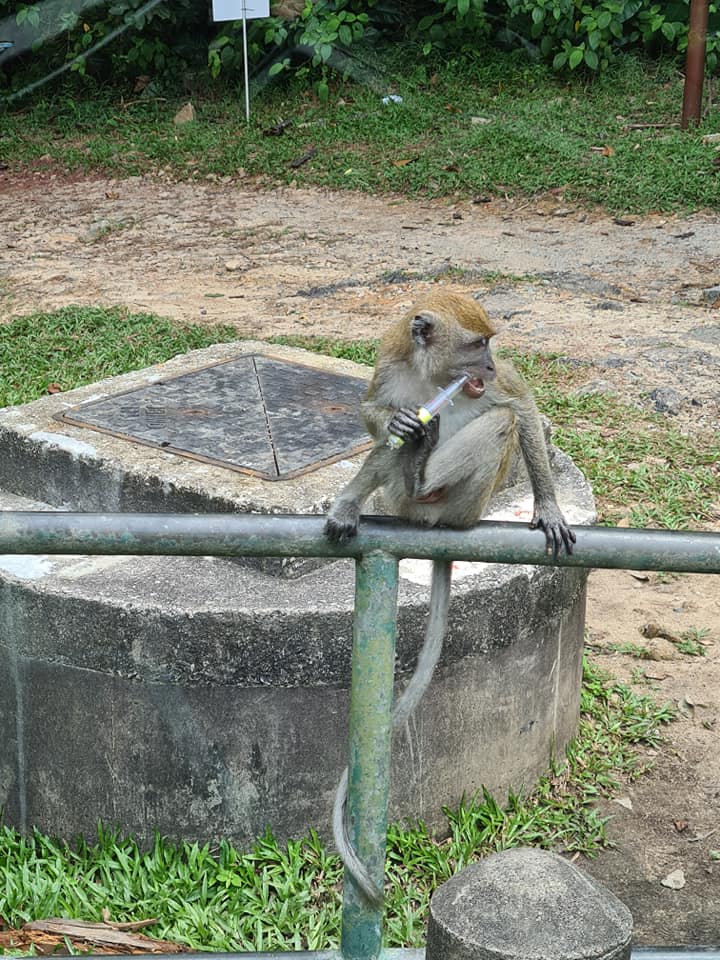 One netizen guessed that the luminous liquid is probably extracted from Cyalume sticks, otherwise known as light sticks.

These are typically used during night ‘exercises’ by the military, and so the netizen speculates that this is probably not left behind by regular hikers. 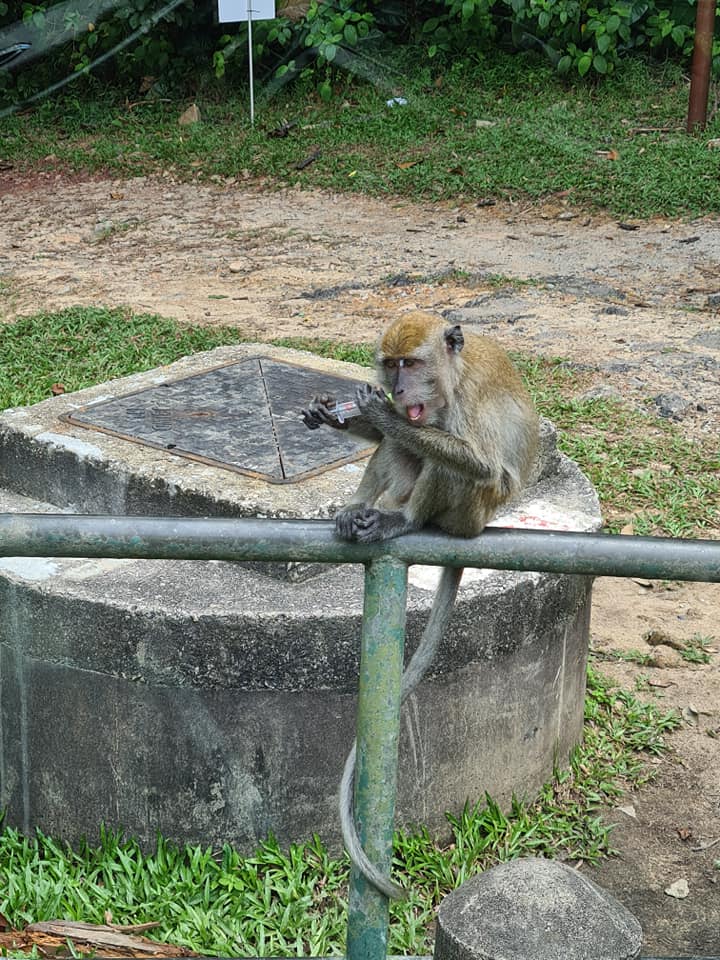 He further explained that if ingested in small amounts, the liquid is only minimally toxic but will cause minor mouth or throat irritation.

It may also result in skin irritation and redness.

Another macaque spotted playing with broken can

To further illustrate the problem of humans leaving their belongings and trash around, the macaque was soon joined by another friend. 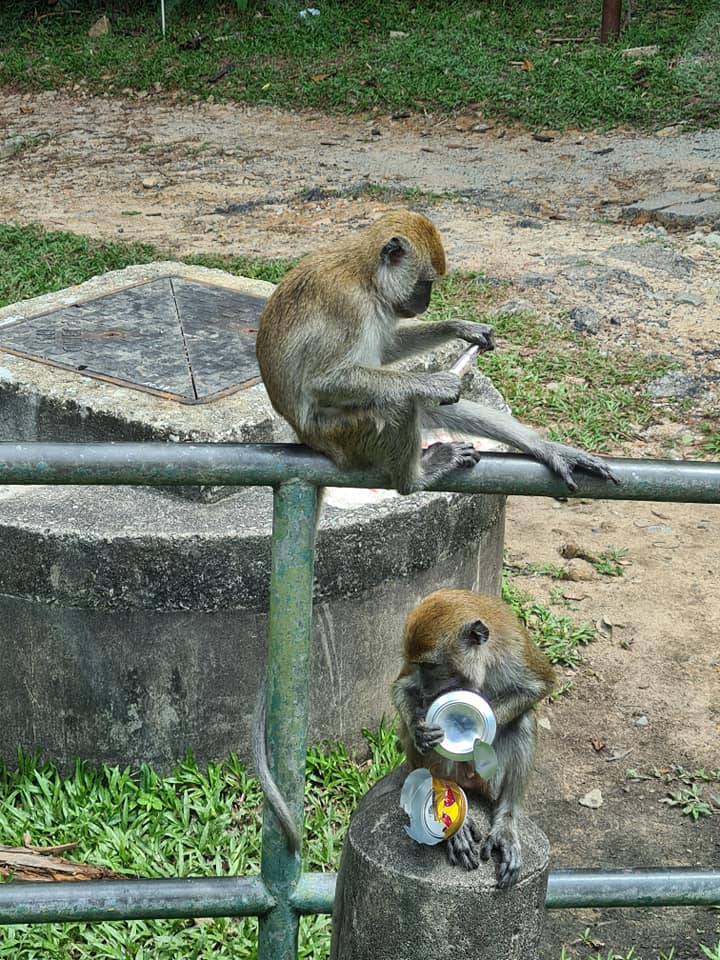 The other macaque was in possession of 2 halves of a Thai Red Bull can, and was seen fiddling around and biting it.

Another netizen had also spotted the Red Bull macaque, saying that they took the can out of a truck and could have cut themselves on the broken can.

Prior to that, they was also seen helping themselves to some items in the truck.

The netizen used the incident to show the importance of the public’s responsibility in taking care of all our belongings and ensuring none of them are exposed.

After all, it’s hard to tell the full scope of the detrimental effects that our items can have on both these animals as well as the environment they inhabit.

So whether you’re a hiker or a contractor, the next time you visit areas with monkeys, do remember to “monkey-proof” your belongings and vehicles and protect these vulnerable creatures.