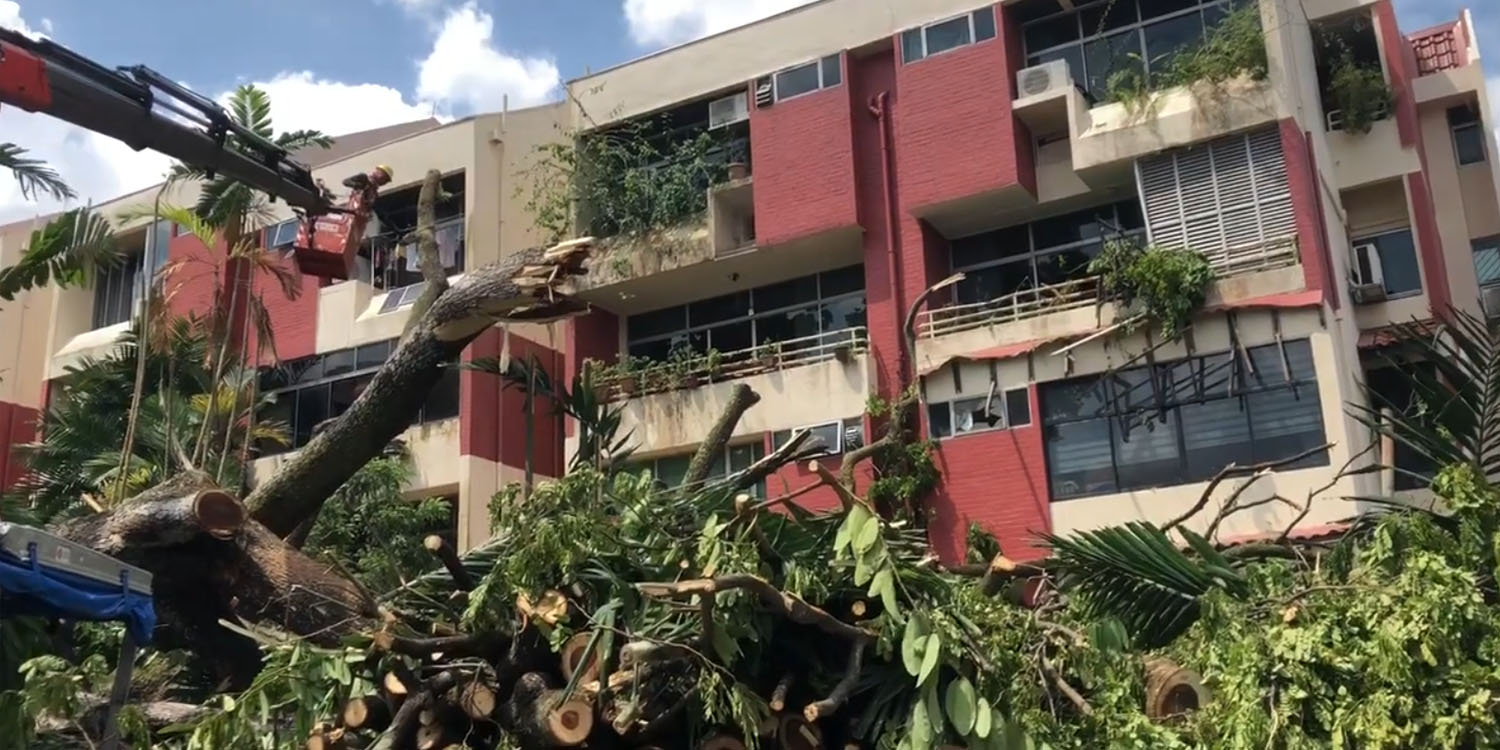 Though we seldom hear of trees collapsing in Singapore, they can cause substantial damage and in a recent case, even death. 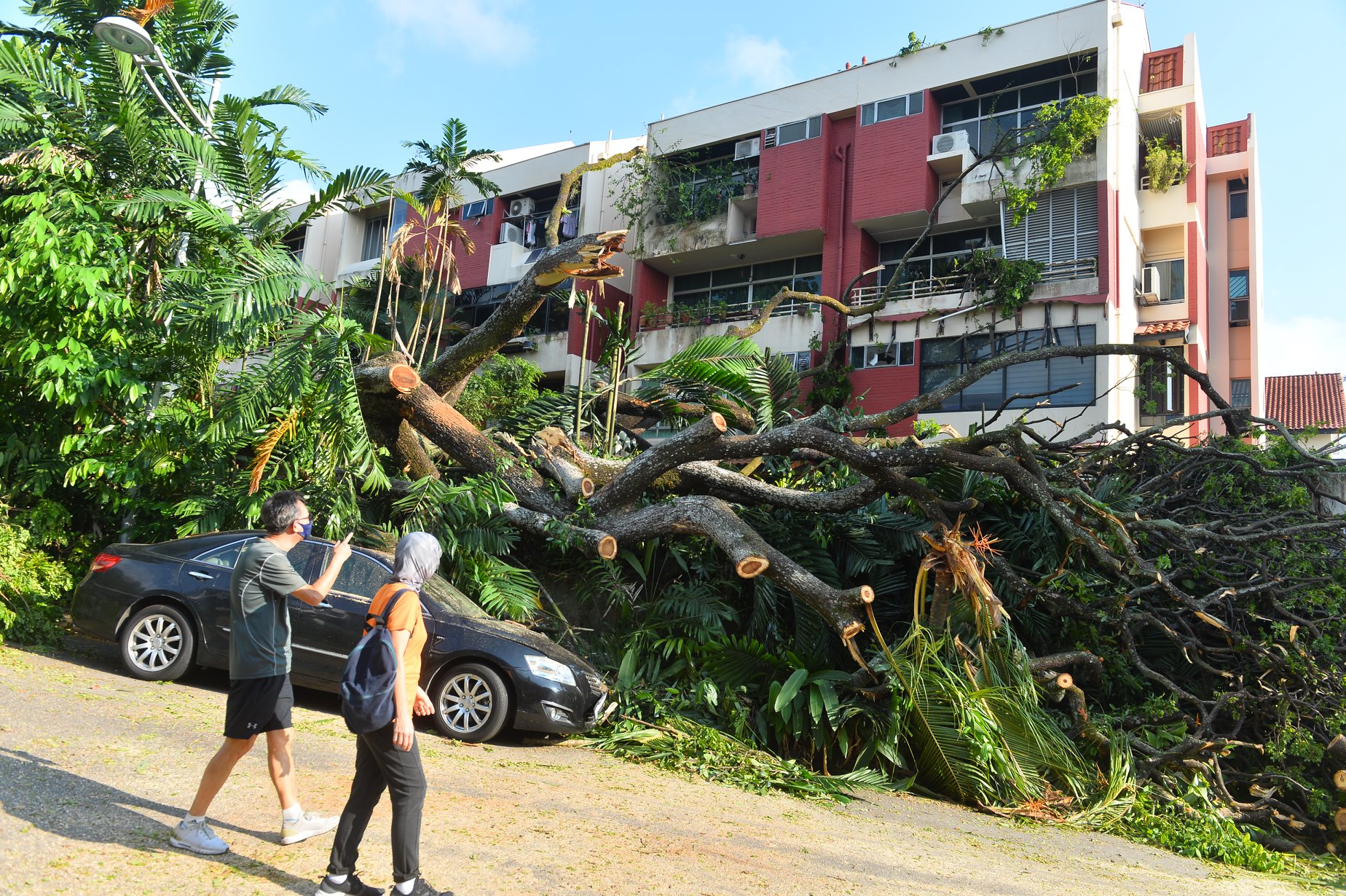 Thankfully, nobody was hurt as a result of the incident.

According to The Straits Times (ST), the tree collapsed at around 10pm on Monday (1 Mar). The rain tree was reportedly located within the premises of Kismis Court — a condominium in Bukit Timah.

Though nobody was injured, the tree had damaged 3 units in the condo and another 2 vehicles, reports ST. 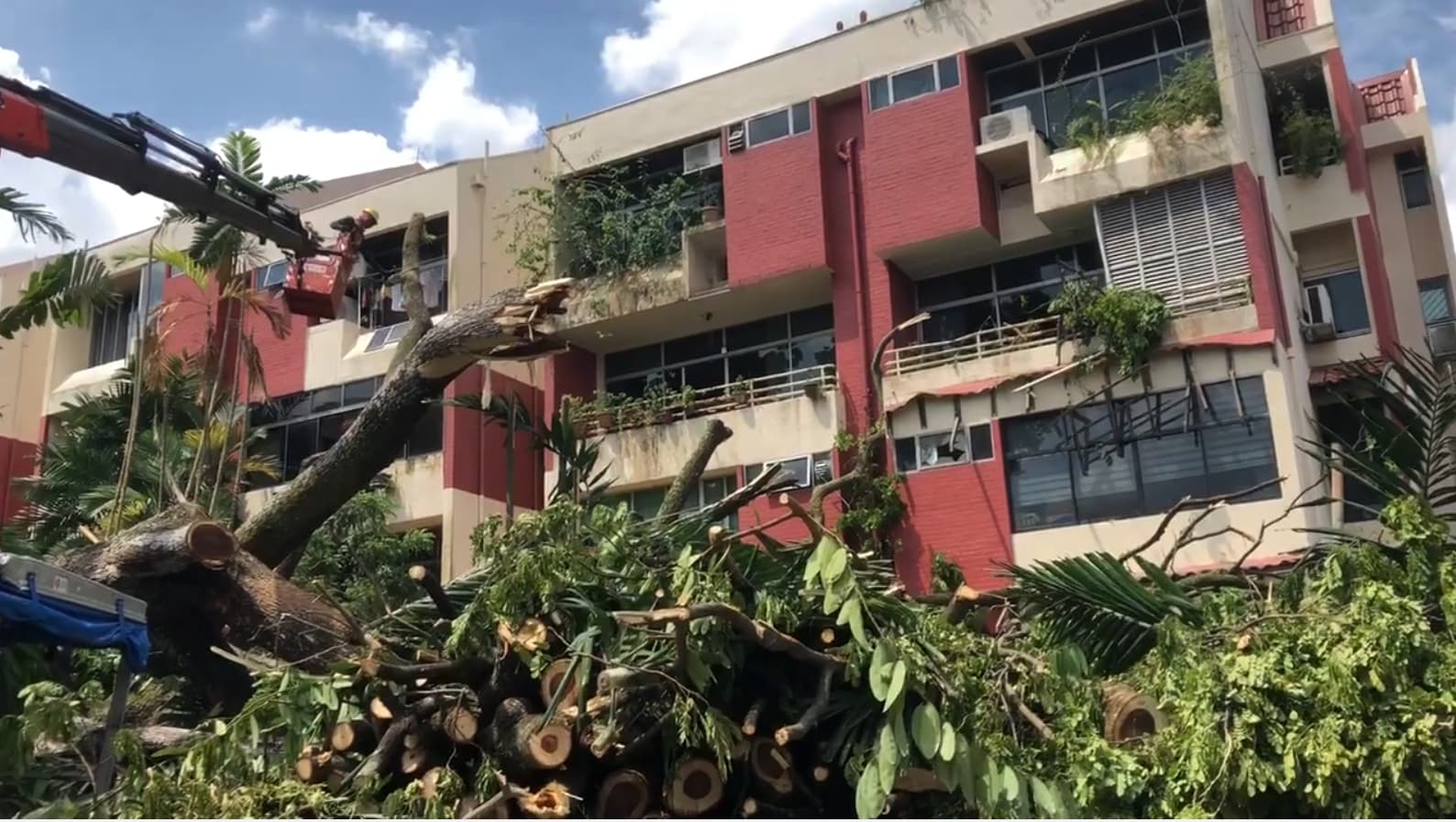 Tree collapse in Bukit Timah sounded like a plane crash

Residents at the condominium shared that the tree was at least 50 years old and was taller than their 4-storey block.

One person staying in the condominium even said that it “sounded like a plane dropped out of the sky and crashed into the building”.

Speaking to Shin Min Daily News, another condo resident said the weather was pleasant at the time of the collapse and wasn’t raining.

A member of the council representing residents at Kismis Court said arborists conduct inspection on the tree twice every year.

It was also pruned just 2 years ago, reports ST.

Hope damages can be covered

Our hearts are with the residents whose houses and cars were damaged by the collapsed tree.

We hope the damages will be covered by their respective insurance providers and that there will be fewer of such incidents in the future.