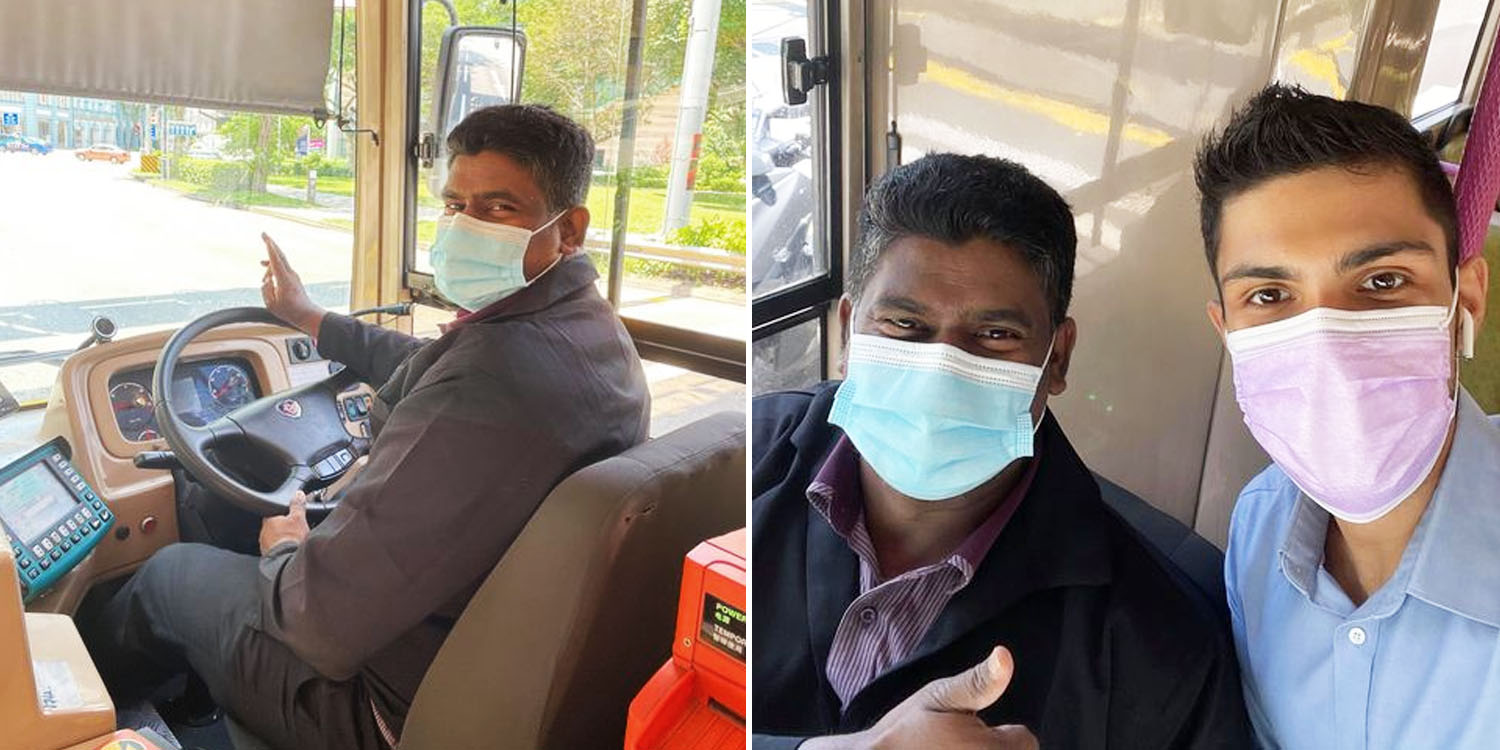 He even waved goodbye to alighting passengers.

Friendly Captain Of SBS Bus 174 Greets Everyone & Announces Each Stop

Our bus captains work long hours on the roads to get us to our destinations safely. Despite the tireless work, some continue to go the extra mile to serve their passengers.

One passenger, Swagat Banerjee, was glad he chanced upon one such bus captain recently when he boarded bus 174 along Orchard Road.

The bus captain enthusiastically greeted each passenger, even announcing landmarks at certain stops. 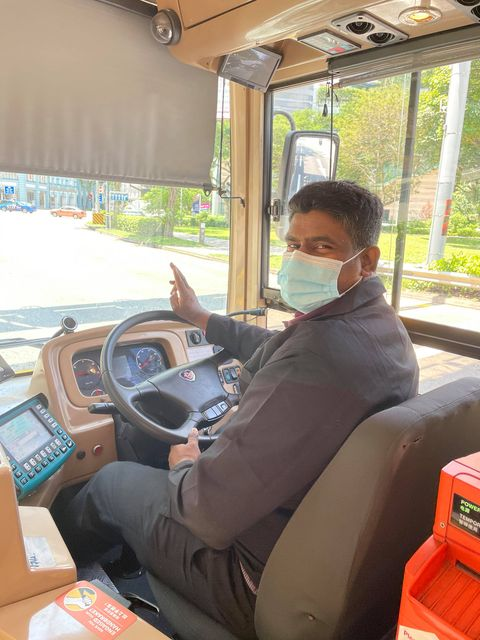 Speaking to MS News, Mr Swagat said the experience felt as if he was on a Singapore Airlines flight.

Bus captain enthusiastically greets everyone with a smile

One fine day, Mr Swagat boarded the SBS bus service 174 and was pleasantly surprised when he was greeted with a big smile by the bus captain. 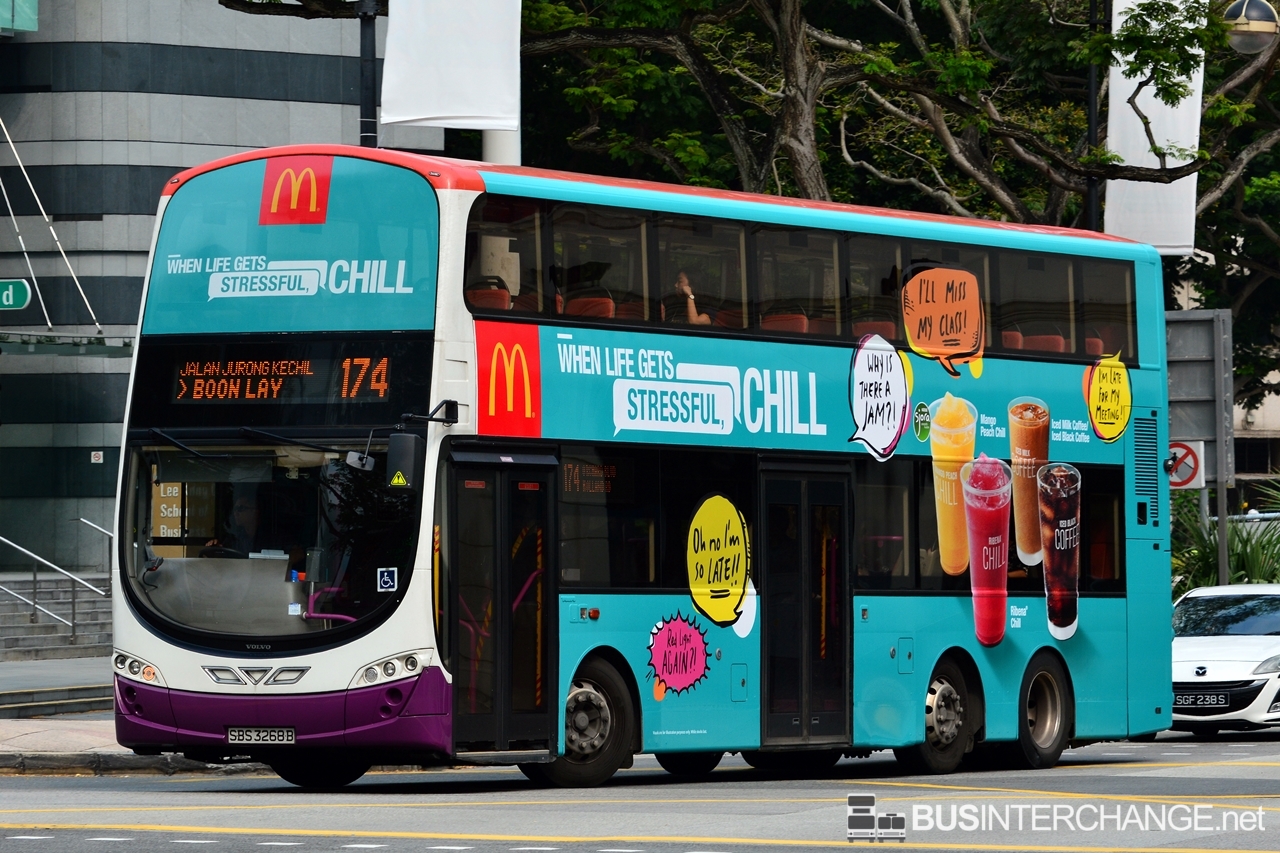 As Mr Swagat sat down, he noticed the bus captain greeting every single passenger at each stop.

Not only that, the bus he was driving was an older model without a screen to alert passengers as to the impending stop, so the bus captain would announce each stop they were at.

The enthusiastic bus captain would even point out landmarks or major institutions.

As the captain drove along Bencoolen Street, Mr Swagat recalls him mentioning the Singapore Management University (SMU) building when they arrived at the Bencoolen bus stop.

The bus captain also patiently waited till passengers were seated safely before moving off from the stop.

Similarly, he would ensure passengers disembarked before opening the doors for people to enter.

Swagat shared with MS News that the cheery man would even wave goodbye to alighting passengers before driving off.

Last but certainly not least, the bus captain’s driving skills were stellar and he drove with “utmost respect for traffic laws”.

After the experience, Mr Swagat was so impressed by the bus captain’s enthusiasm and politeness that he was thankful he didn’t take a Grab or taxi that day. 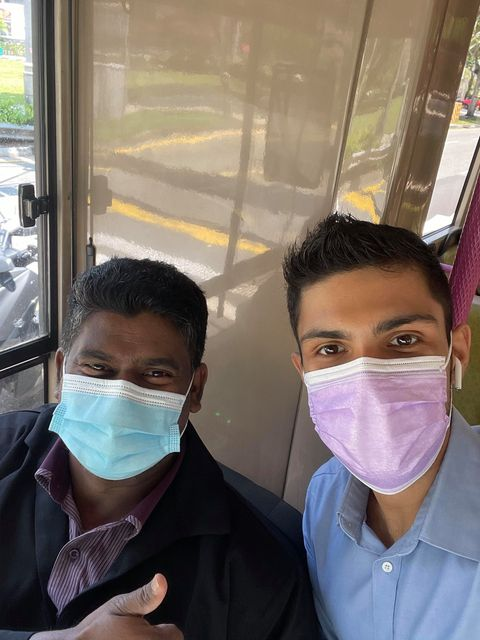 He shared with MS News that he felt as if the bus captain was a SIA cabin crew member with the level of service he provided.

In fact, Mr Swagat was so moved that he sent in a letter to SBS complimenting the captain.

SBS later replied that they have conveyed the message to the bus captain and thanked him for recognising the captain’s efforts.

Kudos to the dedicated bus captain

Kudos to the bus captain for his dedication to servicing his passengers with such joy.

The way his actions touched Mr Swagat certainly showed that simple acts like a greeting can go a long way in making someone’s day.

So the next time you board a bus and see a bus captain hard at work, why not greet them with a smile?