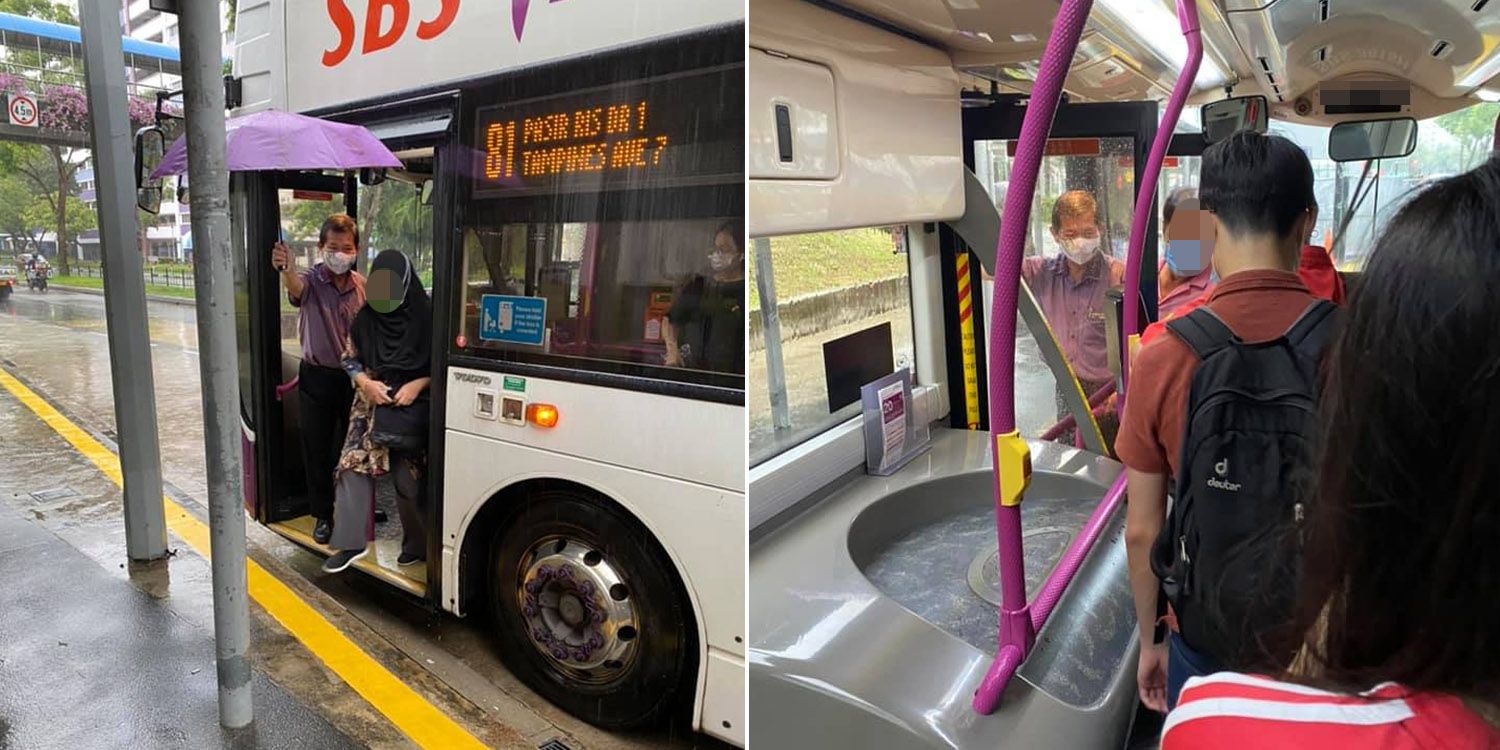 After an unbearably hot morning on Thursday (15 Apr), Singaporeans across the island were treated to torrential rain that brought about cooling temperatures in the afternoon.

However, given the sudden downpour, some people who were out and about could have been caught off guard without their umbrellas.

To ensure that his passengers remain safe and dry in the rain, an SBS Transit bus captain sheltered his passengers at every stop as they were alighting. Later in the day, one of his passengers took to Facebook to praise his actions. 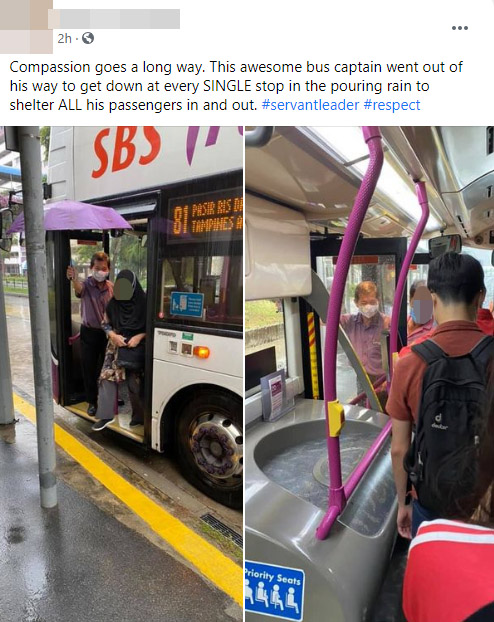 On Thursday (15 Apr), Mr Seyan was travelling on bus service 81 when he came across the kind bus captain.

According to him, the bus captain got down from his seat to shelter passengers boarding and alighting from the bus. 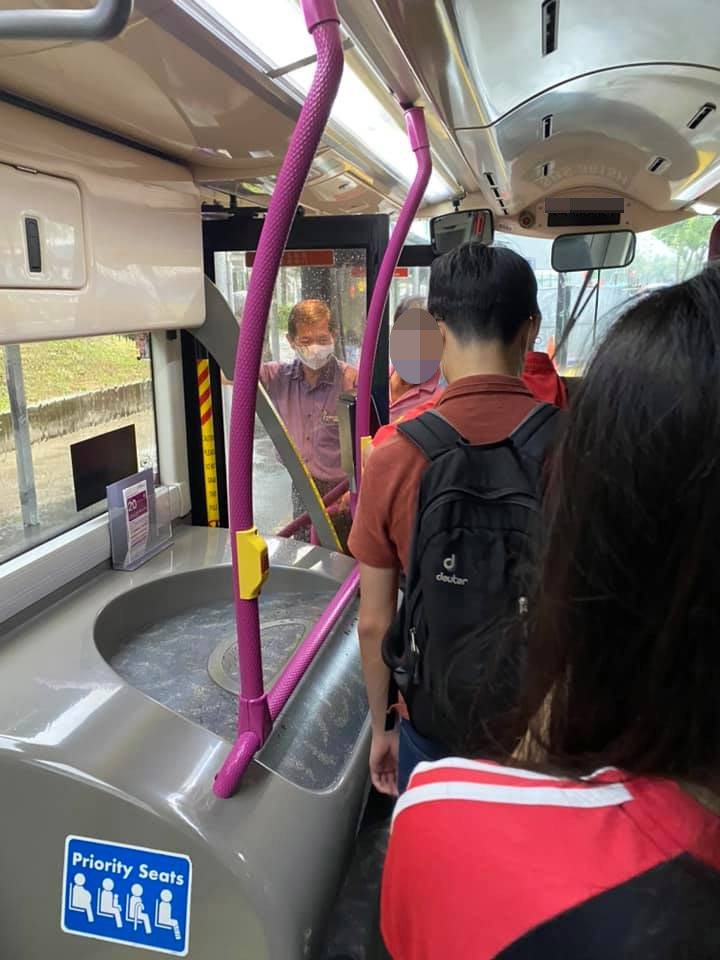 He reportedly did so at every single stop.

Bus service 81 makes about 81 stops per ‘loop’. This means he would have gotten up from his seat nearly a hundred times during a single trip.

The rain was visibly heavy then and the passengers would have been drenched within seconds if not for the umbrella. 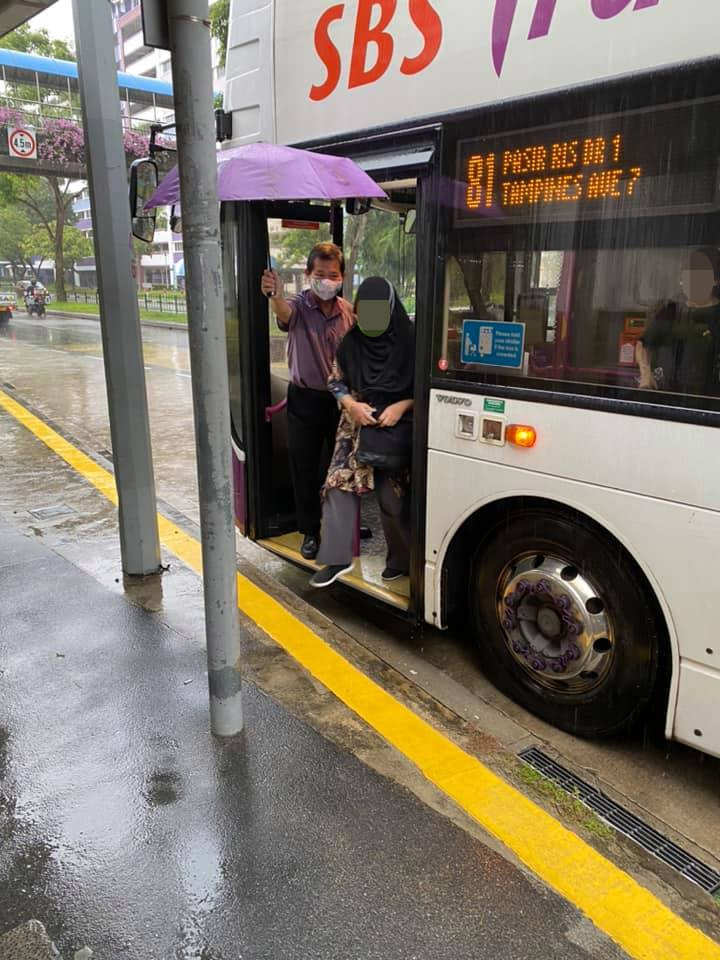 Props to the kind driver

Kudos to the bus driver for going the extra mile to ensure that his passengers were not soaked to the bone.

Short thundery showers are expected to happen on most afternoons in early-April, so perhaps it’s not such a bad idea to have an umbrella in our bags.

After all, the last thing we’d want to happen is for us to catch a cold and having to miss work or school for 5 long days.