Best Cai-Fan Combination? This Redditor Appears To Have The Answer

Cai-fan guru u/kronograf may have finally unveiled the perfect combination for a legendary meal. To figure out the combination, he ate 46 meals he ordered from the same stall. 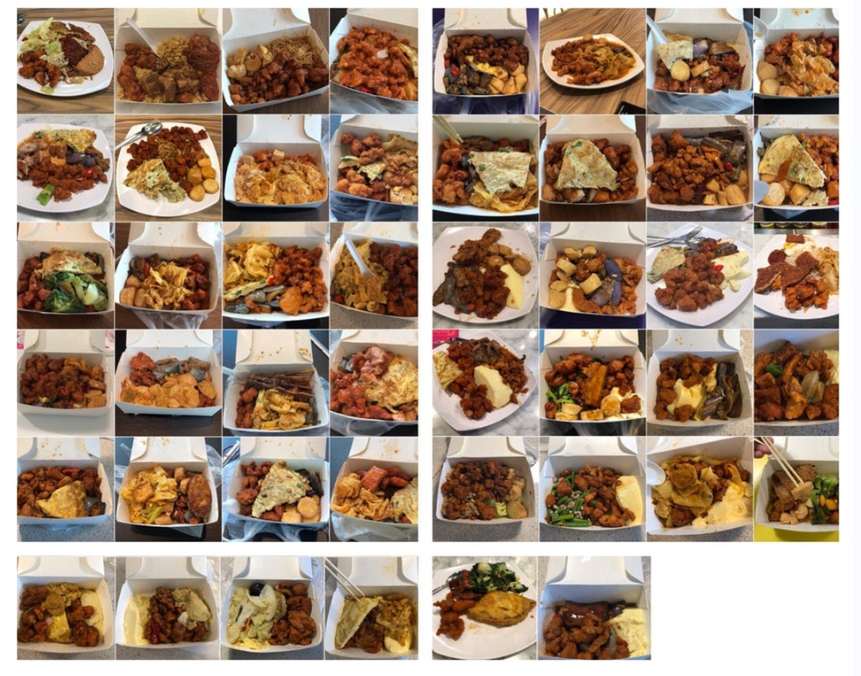 And he posted this montage on Reddit. Redditors being Redditors, they compiled the dishes ordered into a comprehensive excel sheet. 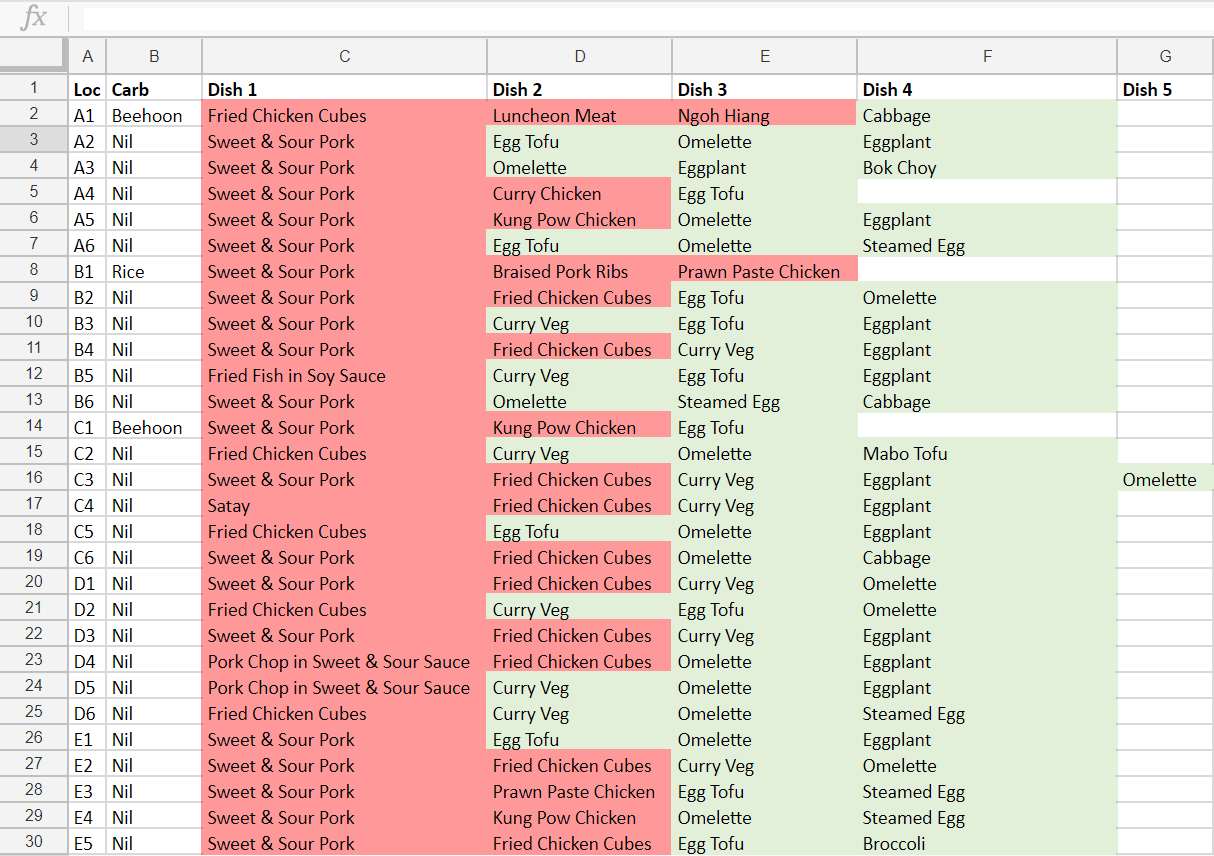 Some may think they’re all bo liao, but us foodies really appreciate the hard work since it brings us one step closer to discovering the perfect cai-fan combination. Here are 5 essential elements we’ve picked out:

Yup! You read that right. While some may think it’s criminal to consume cai-fan without rice (fan), our resident economy rice guru thinks its better without all the pesky carbs.

In fact, only once in his 46 cai-fan meals did he opt for rice.

To most, meat dishes appear more visually appealing than vegetables. Well, vegetables might not look the part, but they are a crucial element in the perfect cai-fan meal.

The cai-fan expert never fails to go for a combination of both meats and vegetables when he orders his cai-fan. Ha!

But if you’re a carnivore or simply not a fan of ’em greens, go for steamed egg or egg tofu, which the guru orders half the time.

Out of 46 meals, only once did the guru order 5 dishes. On most occasions, he settled for 4, and sometimes just 3 dishes.

4. Sweet & sour pork is the secret to a good cai-fan

Sweet & sour pork appears to be the secret ingredient to making every cai-fan a Michelin-star-worthy one.

According to our detailed analysis, the cai-fan expert chose the good ol’ kuluyuk for 80% of his cai-fan meals.

If that isn’t a sign that it’s the cai-fan game changer we think it is, we don’t know what is. 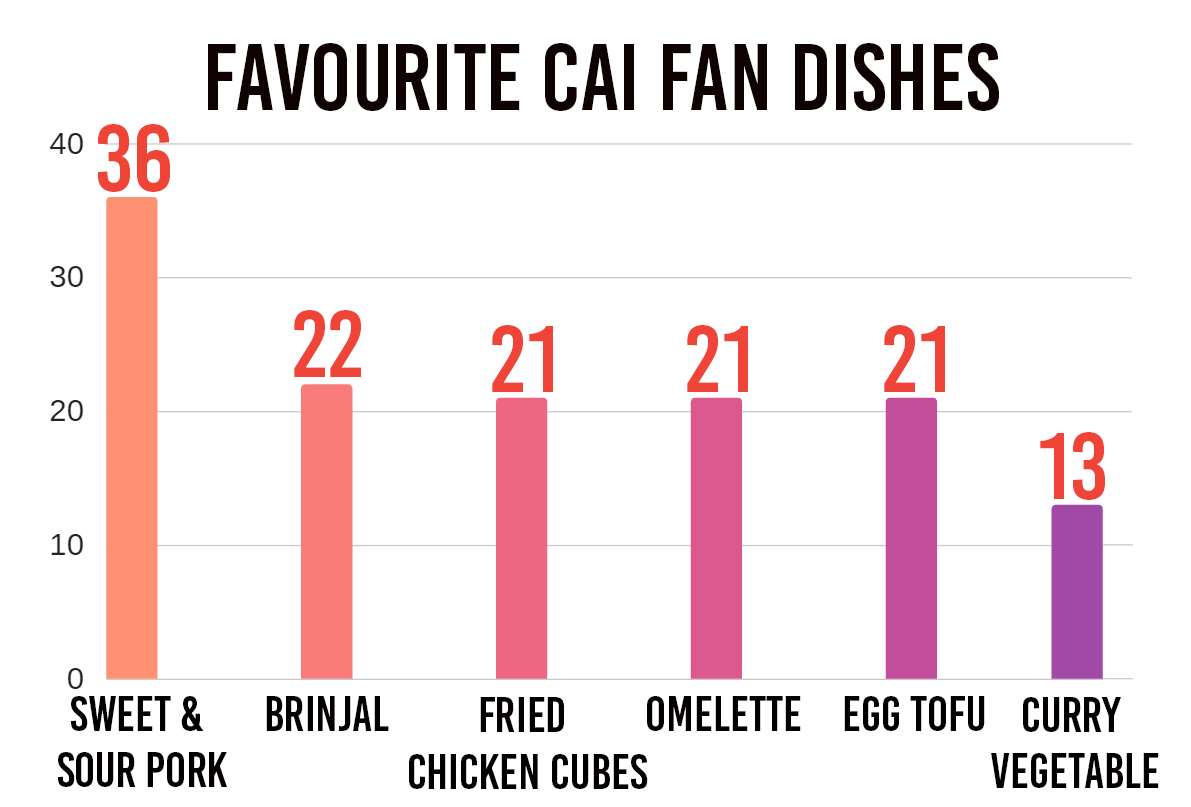 Our Muslim friends can opt for alternatives of this dish, such as sweet & sour chicken or fish.

But if sweet & sour dishes ain’t your thing, order the Crispy Yellow Chicken/Fish instead.

Interestingly, the cai-fan expert can’t find this at his neighbourhood cai-fan stall, which explains all that kuluyuk.

In case you’re having a post-lunch coma or are just forgetful AF, here’s a recap of the guru’s tips:

Even though it’s economy rice in name, we can’t take the name too literally.

Just look at how much our cai-fan guru spends on his meals.

That’s right, you can’t expect to have good food while having it easy on the wallet.

As the famous saying goes, you live to eat, not the other way around. So don’t even think about being giam about your cai-fan.

Inspired by the thread, Redditors hunted for other cai-fan related social media accounts. Here are some they uncovered: 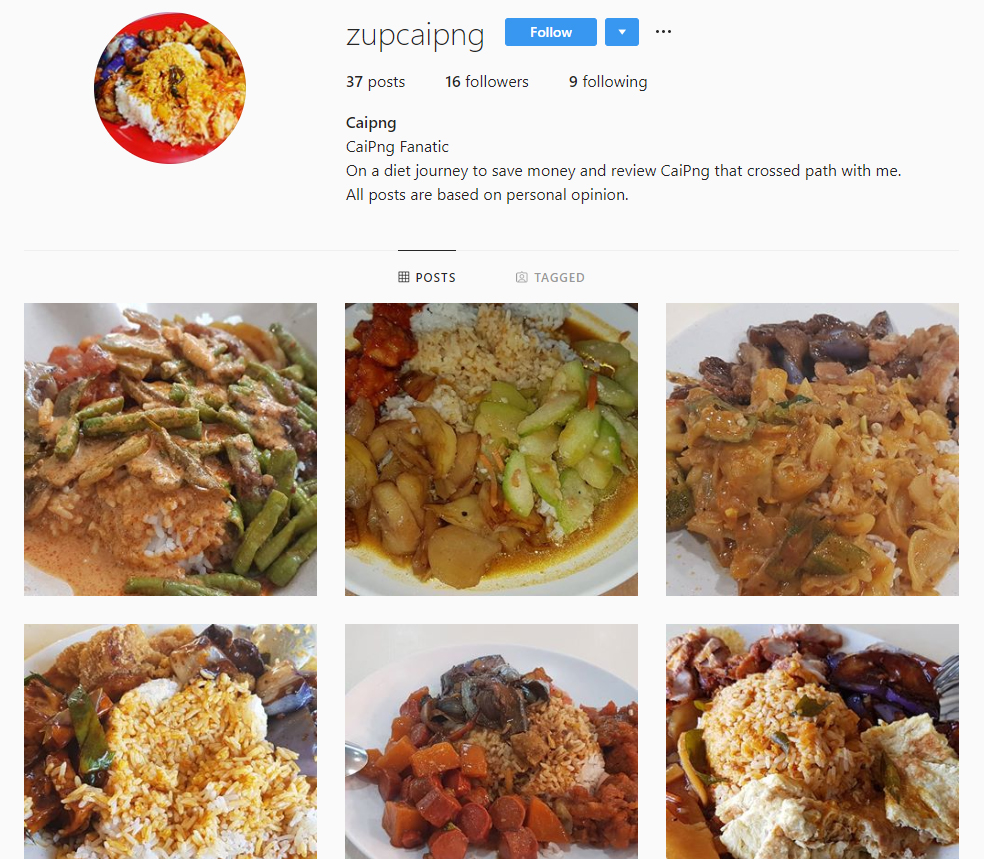 This Instagram account has been inactive for 2 whole years, but guess it matters not, since foodporn’s pretty timeless. @Eat.cai.png may be fresh to the scene, but if early signs are anything to go by, it has every potential to become the new ji fan fan. 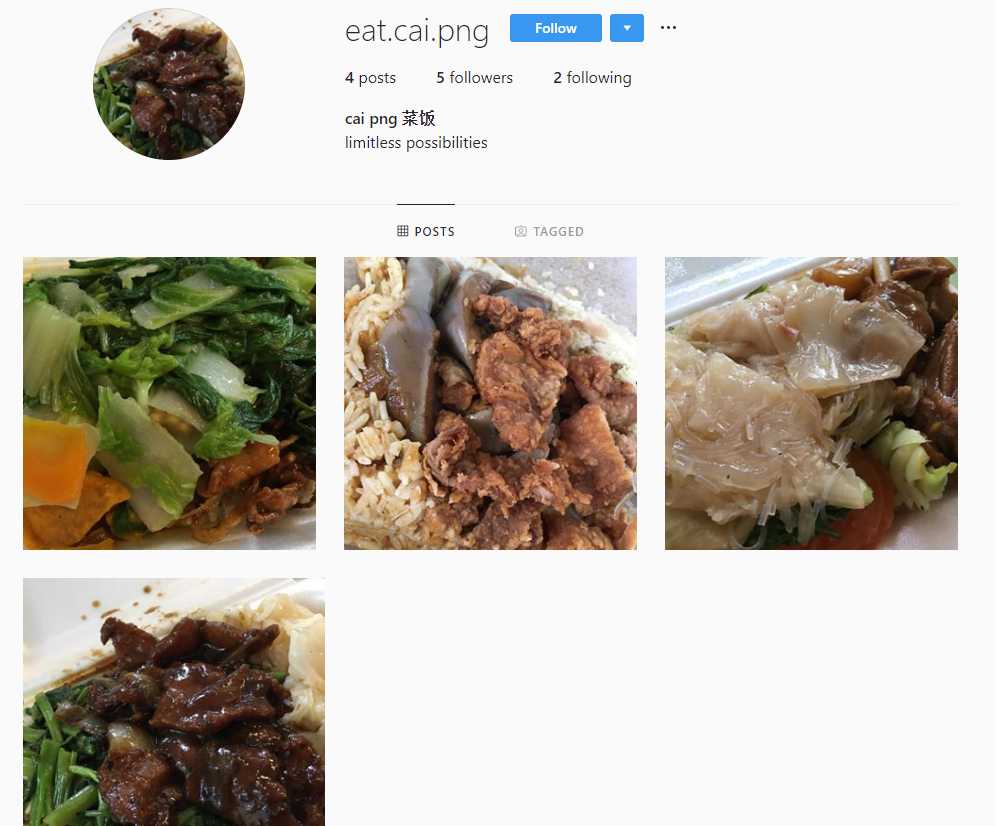 Like most food, economy rice isn’t for everyone. But if that’s the case, why not check out chicken rice? Surely nobody can resist the fragrant goodness of our national dish.