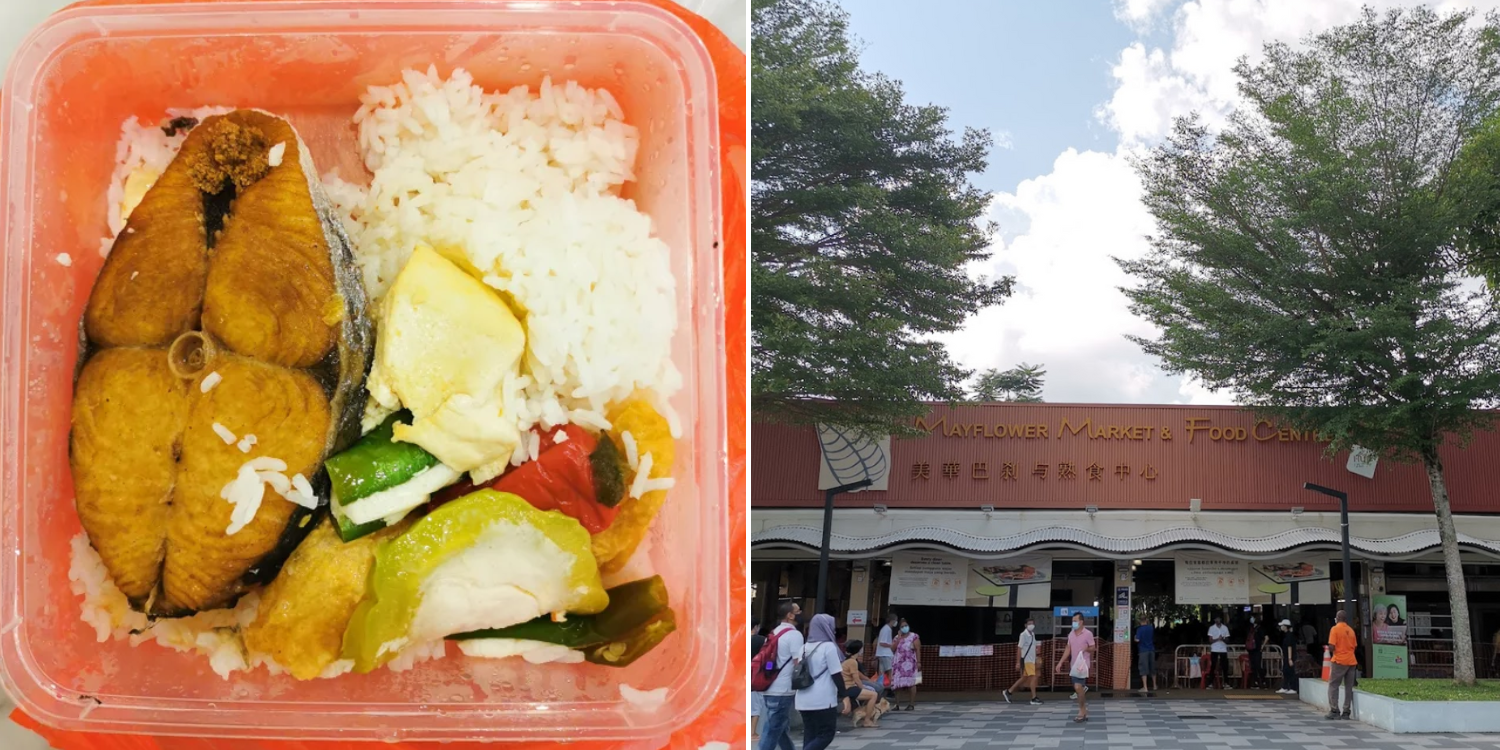 The hawker allegedly warned the customer earlier that his order could get expensive.

Despite knowing that cai png fish dishes can be pretty expensive, many of us might still be surprised if the prices of our economy rice are in the double digits.

Recently, a plate of cai png comprising a piece of mackerel and yong tau fu ingredients got netizens debating about its S$11 price tag. While many might find it hard to stomach the price, the cai png stall owner told reporters that the cost price for mackerel is high. She also claimed to have informed the customer about the hefty price tag prior to his purchase. 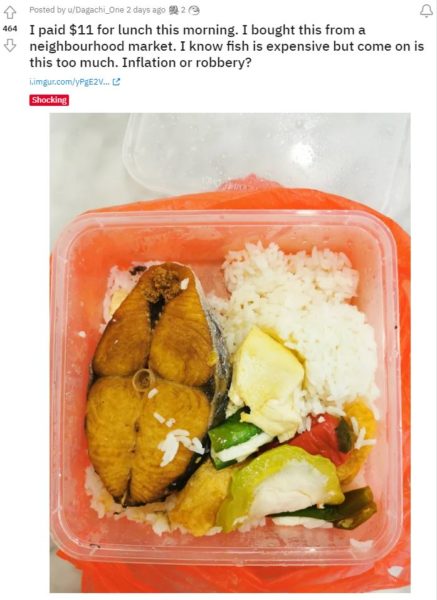 While there was nothing amiss with the dish’s appearance, the Redditor declared that he paid S$11 for it at a neighbourhood market.

He also said that while he knows fish dishes are expensive, he found the price to be rather steep and asked if it’s “inflation or robbery”.

According to one of the Redditor’s subsequent comments, he had purchased the food at Mayflower Market and Food Centre. 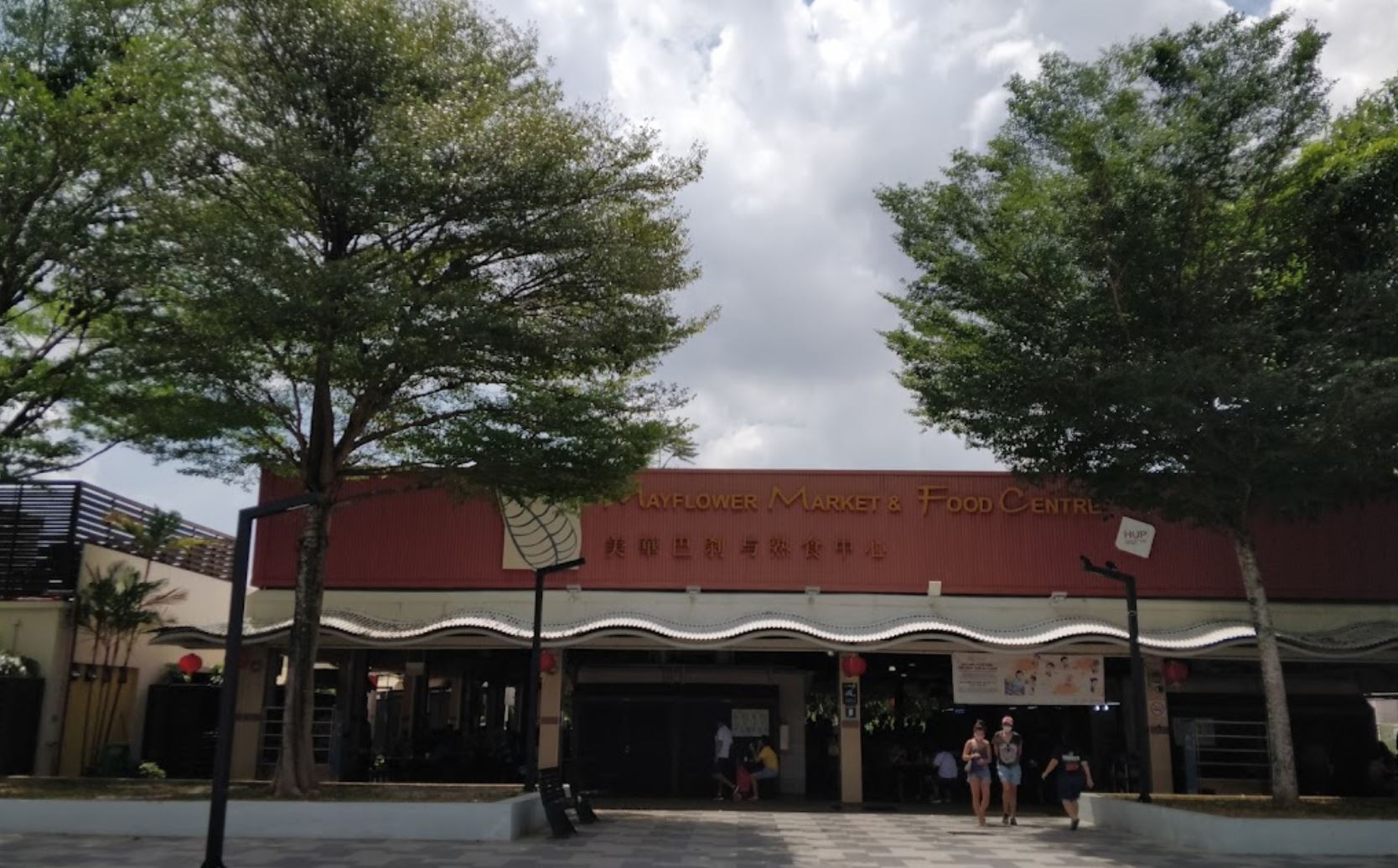 He also shared that he was initially prepared to pay S$5 to S$6, which was roughly half of what he eventually paid.

Some others agree that S$11 cai png is expensive

The Reddit thread has since generated a lot of buzz with several hundred upvotes and a slew of comments.

This user joked that the OP was ‘brave’ for ordering a fish dish without finding out how much it cost beforehand.

One user shared some handy tips to order cai png, particularly about asking for a price breakdown of the dishes.

Another Redditor put things into perspective by pointing out that the price of the packet of cai png is comparable to that of a McDonald’s meal.

All in all, most netizens found the cai png to be rather pricey and urged the Redditor not to patronise the stall again.

Speaking to Shin Min Daily News, Mdm Cai, who operates the cai png stall in question, said the Redditor wasn’t a frequent customer and hence may not be familiar with the prices of the dishes.

Recounting her interaction with the customer, Mdm Cai said she had informed him beforehand that his cai png order might end up being expensive and even asked if he was still keen on ordering.

Mdm Cai also justified the exorbitant pricing of the fish dish, saying that the cost price of mackerel, which has already been high, has been on the rise lately.

According to her, a piece of mackerel costs between S$7 to S$8 to start with, and she makes a measly profit by selling it at S$9.

Furthermore, she shared that the mackerel she uses are of a premium grade and are thickly cut.

Adding that she does not charge for extra rice and dabao containers, Mdm Cai finds it hard to comprehend why anyone would find her food expensive.

Ask about price of cai png dishes before ordering

Even after learning Mdm Cai’s side of the story, paying S$11 for a packet of cai png is surely something that not everyone is willing to do.

However, the beauty of cai png lies in the variety of dishes available and how everyone can find something that’s appropriate for their tastebuds and budgets.

We hope customers will make it a point to ask about the prices of their cai png dishes before ordering so they won’t end up paying more than they’re willing to.