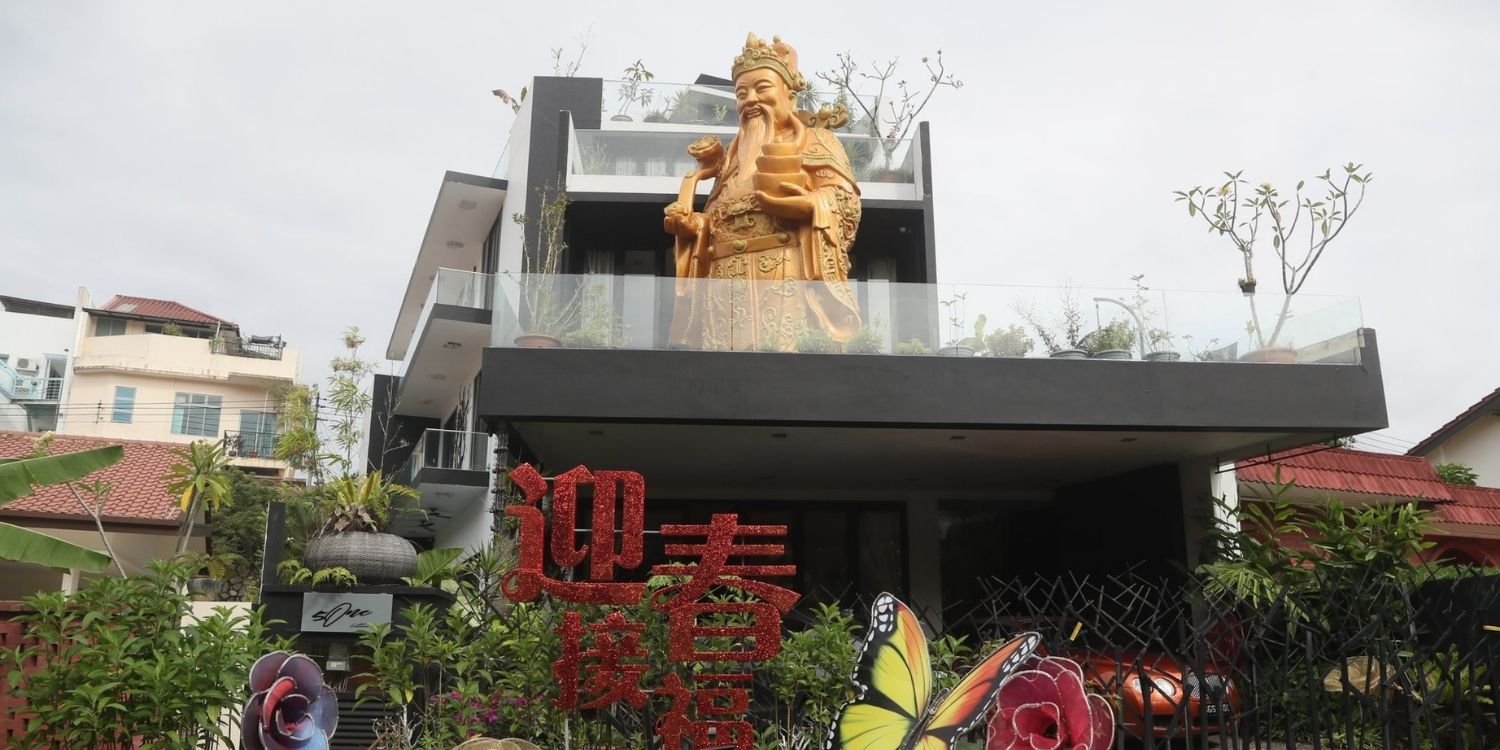 Huat a prosperous sight for neighbours.

While many people may enjoy decorating for Chinese New Year, we think we’ve found someone who takes the cake.

A Kranji resident has taken things up a notch with their 6-metre tall Cai Shen statue, erected on the second floor of their home. The towering figure stands out so much that neighbours have reportedly said that there is no escaping the golden monument in the neighbourhood.

The new attraction will surely bring extra huat to the neighbourhood this 2022.

Homeowner hopes to usher in a prosperous year for all

Shin Min Daily News stated that the golden Cai Shen statue was hauled up to the second floor of the Kranji residence with the help of a crane.

The towering figure is actually made from polyfoam, a flexible foam most commonly found in bedding and furniture.

The impeccable details on the statue reportedly took 2 whole months to complete.

Accompanying the statue are larger-than-life props like mandarin oranges, flowers, and butterflies, while a sign in Mandarin by the front gate reads, “Welcome springtime and receive blessings”.

According to Shin Min Daily News, the statue’s appearance was quite a surprise for neighbours. However, they welcomed the sight as they could spot the statue’s golden sheen even from their own homes.

They hope that with the statue’s presence, they’ll be able to also be prosperous this coming year.

The owner of the Cai Shen statue similarly told Shin Min Daily News that they hope the sculpture will bring their neighbours prosperity as everyone spends another CNY in the pandemic.

Pictures don’t quite do the towering Cai Shen statue much justice.

A TikToker who came across the statue while driving around the area posted a video to showcase it in all its glory.

Perhaps in awe of the statue’s size, he wrote in the caption, “This house sure huat big big this year”.

Huat a sight to behold

Though the sight of a towering statue may have spooked some of the neighbours initially, we’re glad that they’re taking everything in good stride.

After all, huat better way is there to start a new year than by embracing good fortune in all its 6-metre glory?

Even for those who aren’t celebrating the occasion, the statue certainly makes for quite a sight to behold.