This is the second mass shooting in California in 3 days.

On Monday (23 Jan), mass shootings occurred at two locations in Half Moon Bay, California, killing seven victims and injuring one.

Police have taken a 67-year-old man, Chunli Zhao, into custody over the incident.

Local reports identified the victims as Chinese farm workers. The suspect reportedly worked at an agricultural nursery, one of the two shooting sites.

The New York Times reports that the twin shootings occurred at two farms near Highway 92 and the Half Moon Bay city limits.

An eighth victim is out of surgery and in stable condition at a local hospital.

Authorities identified the suspect as Zhao, a 67-year-old Half Moon Bay resident.

Local police dispatched deputies to two nurseries around Half Moon Bay in the mid-afternoon on 23 Jan, Reuters reports.

They discovered four dead victims at a mushroom farm, with another sustaining critical injuries.

Shortly after, police found three more victims dead with gunshot wounds at a nearby trucking business.

Reports noted that the deceased comprised Chinese farm workers. The farm operator later confirmed that Zhao lived at one of the two shooting sites.

Corpus said Zhao drove o a sheriff’s substation in Half Moon Bay after the shootings.

ABC7 Chicago has posted footage where officers ordered the man to exit his vehicle.

After he disembarked, they pinned him to the ground and searched him for weapons. More armed officers arrived subsequently and took him into custody.

According to Reuters, investigators for the case speculated that the suspect arrived at the station to turn himself in.

Descriptions of the car and the licence plate had circulated among law enforcement, which led a deputy to recognise the vehicle in the parking lot.

“Zhao was taken into custody without incident, and a semi-automatic handgun was located in his vehicle,” Corpus said. 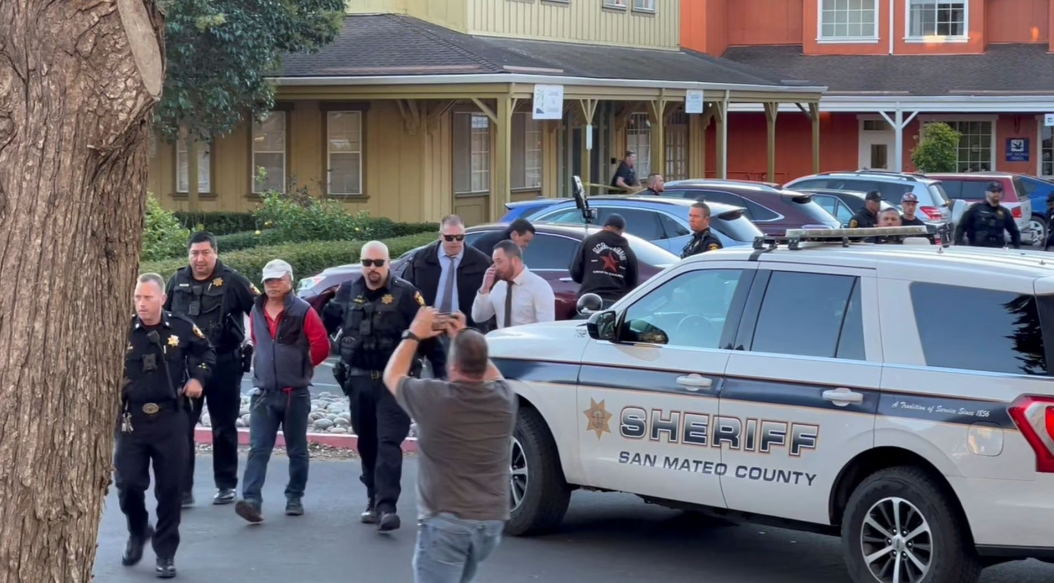 In addition, the incident occurred in the afternoon when students were already out of school. “For children to witness this is unspeakable,” Corpus stated.

The suspect, said to have worked alone, will be charged on 25 Jan in Redwood City, California, BBC reports.

The twin shootings come on the heels of yet another deadly shooting, which occurred at Monterey Park, Los Angeles, on 21 Jan.