Recently, a perspective piece titled “Gen Y Speaks: This is why I don’t want to be woke. Don’t cancel me for it” has been making rounds on the internet.

The TODAY article is penned by 24-year-old Dana Teoh Jia Yi, a student from the National University of Singapore (NUS). 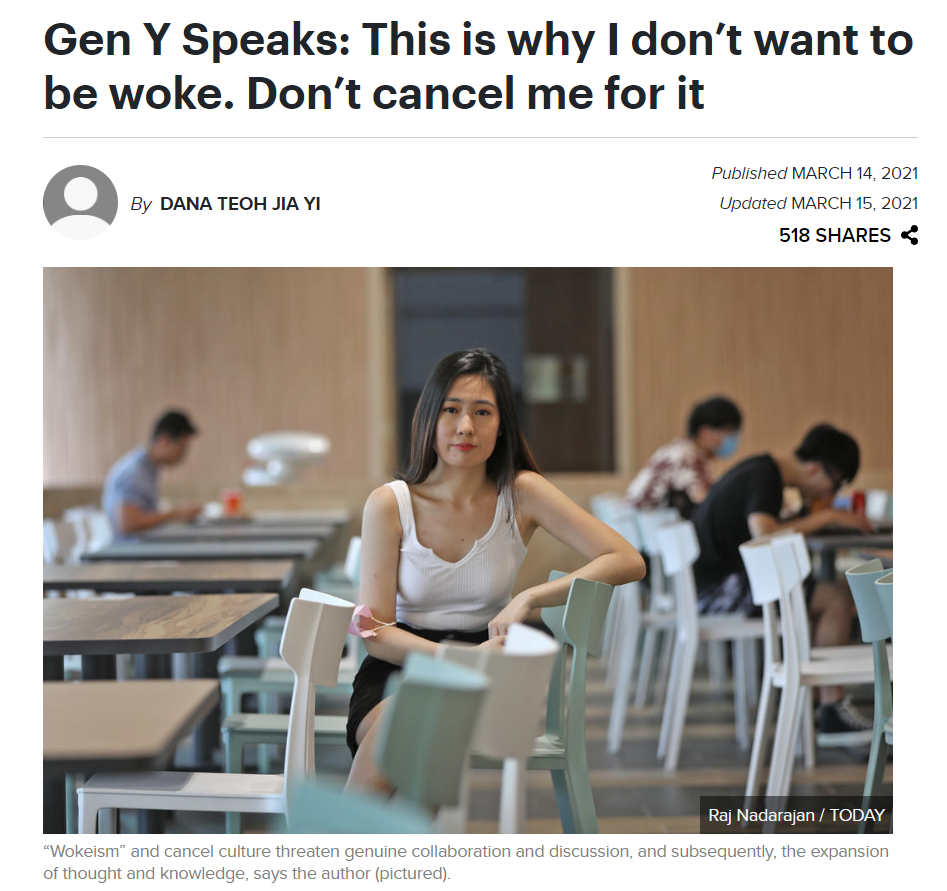 Her commentary on “wokeism” and cancel culture in Singapore has attracted polarising sentiments from netizens, with some allegedly turning into personal attacks.

The Faculty of Arts & Social Sciences (FASS) offered in a public statement their support for Ms Teoh regarding the issue, and urged personal attacks against her to cease.

On Tuesday (16 Mar), the Faculty of Arts and Social Sciences (FASS), which Ms Dana is a part of, took to Facebook to express their stance on the matter. 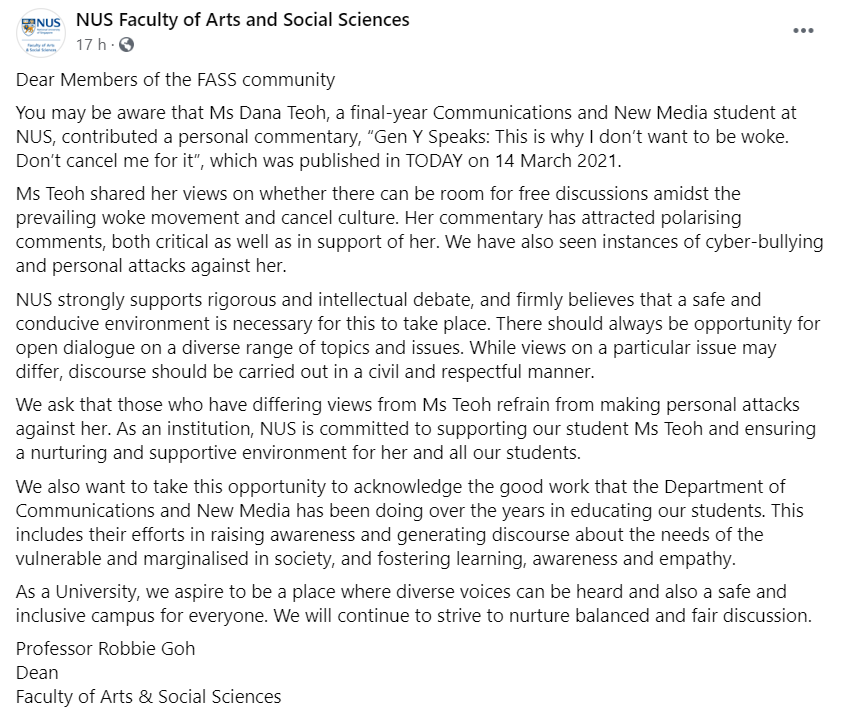 NUS said it is committed to offering Ms Teo and all of its students their support.

The institution firmly believes that a safe and inclusive environment is needed for rigorous and intellectual debate.

Where differing views can be heard, NUS called on discourse to be respectful and civil.

It also noted instances of cyber-bullying and personal attacks against Ms Teoh and called on those with differing views to refrain from such attacks.

Originally meant as a class assignment, her column voiced objection to the cancel culture that allegedly follows “wokeism” — the perceived awareness of social injustices.

In the column, Ms Teoh says that “being woke… encourages narrow-mindedness,” and a refusal to acknowledge or respect differences in opinion.

This is because she apparently finds herself unable to raise questions on sensitive topics without being dismissed as a dissenter.

Unsurprisingly, her take on a sensitive issue attracted voices of both sympathisers and dissent.

Some applauded Ms Teoh’s bravery for voicing a seemingly unpopular opinion on a sensitive issue, and addressing a relevant talking point in our society.

Others seemed to support her position by making ironic remarks, questioning the alleged need to research before carrying out a conversation with “woke people”.

However, her column also attracted its fair share of detractors, who took issue with both her sentiments and arguments.

For instance, some mention precisely the avenues one can educate oneself with on the trans community in Singapore, before asking questions. 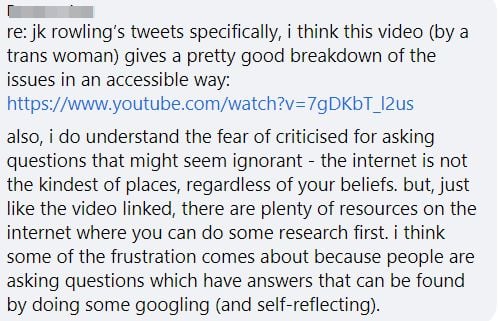 However, while civil debates on the matter are welcome, some can get carried away in the arguments.

Personal attacks on the author’s ability, her affiliations and even intelligence were not uncommon. 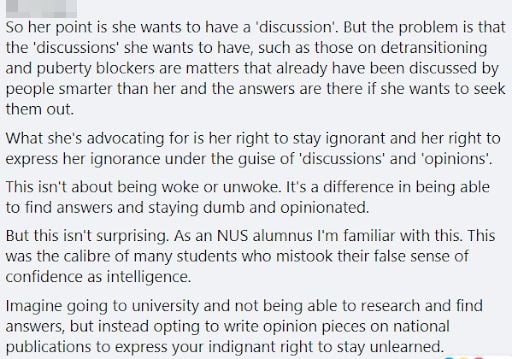 While it’s healthy to engage in robust debates regarding the matter, we agree that discussions should always remain civil and respectful.