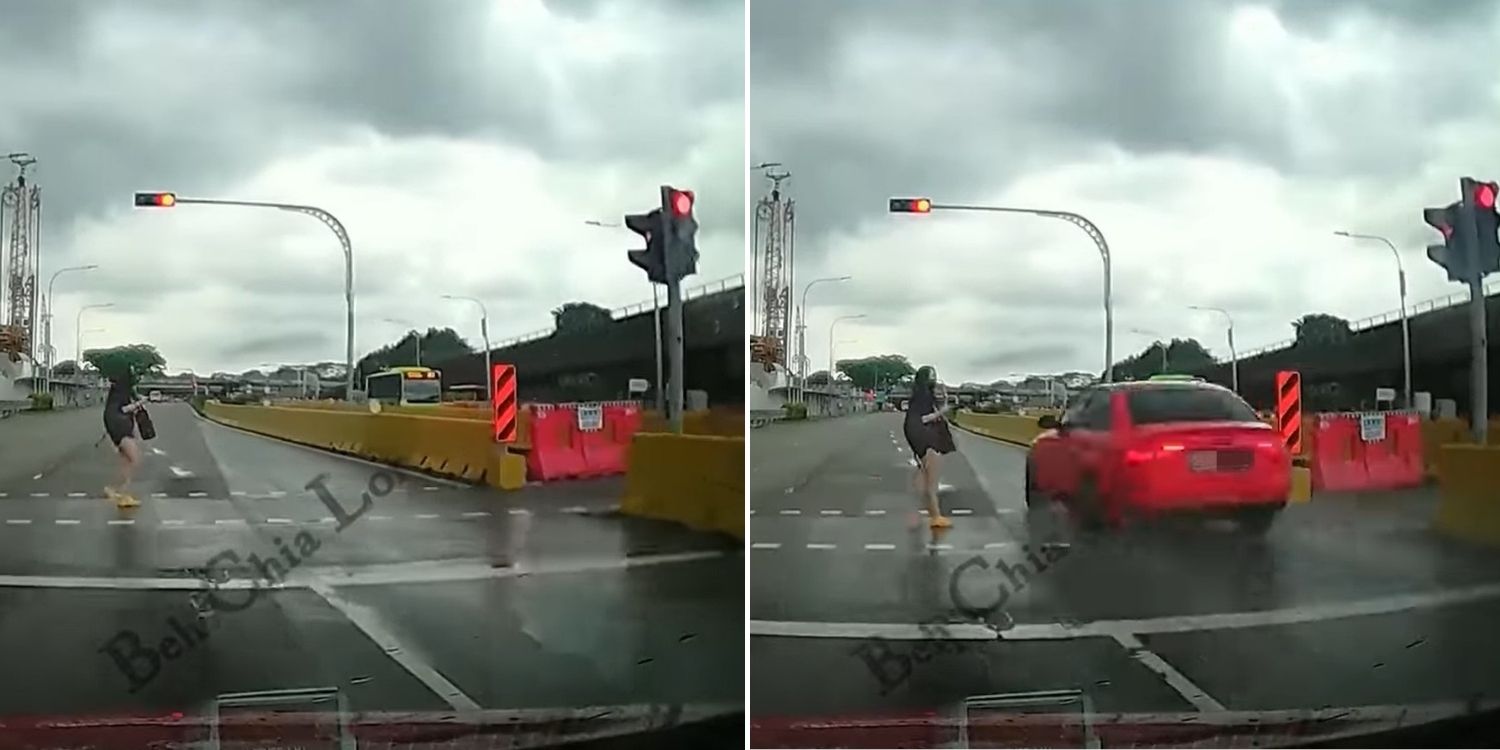 A matter of inches was the difference between life and death.

If you’re a pedestrian who crosses the road regularly, it’s best to keep a good lookout.

That’s because recent incidents have shown that even if the green man is on your side, vehicles rushing through the crossing may not stop for you.

And it goes without saying that this poses a considerable danger.

Take the female pedestrian who almost got hit by a red car that beat a red light on Lentor Avenue. Happily, the police have arrested the driver of the car.

From the surroundings, it occurred at a pedestrian crossing on Lentor Avenue, which is undergoing construction due to the North-South Expressway. 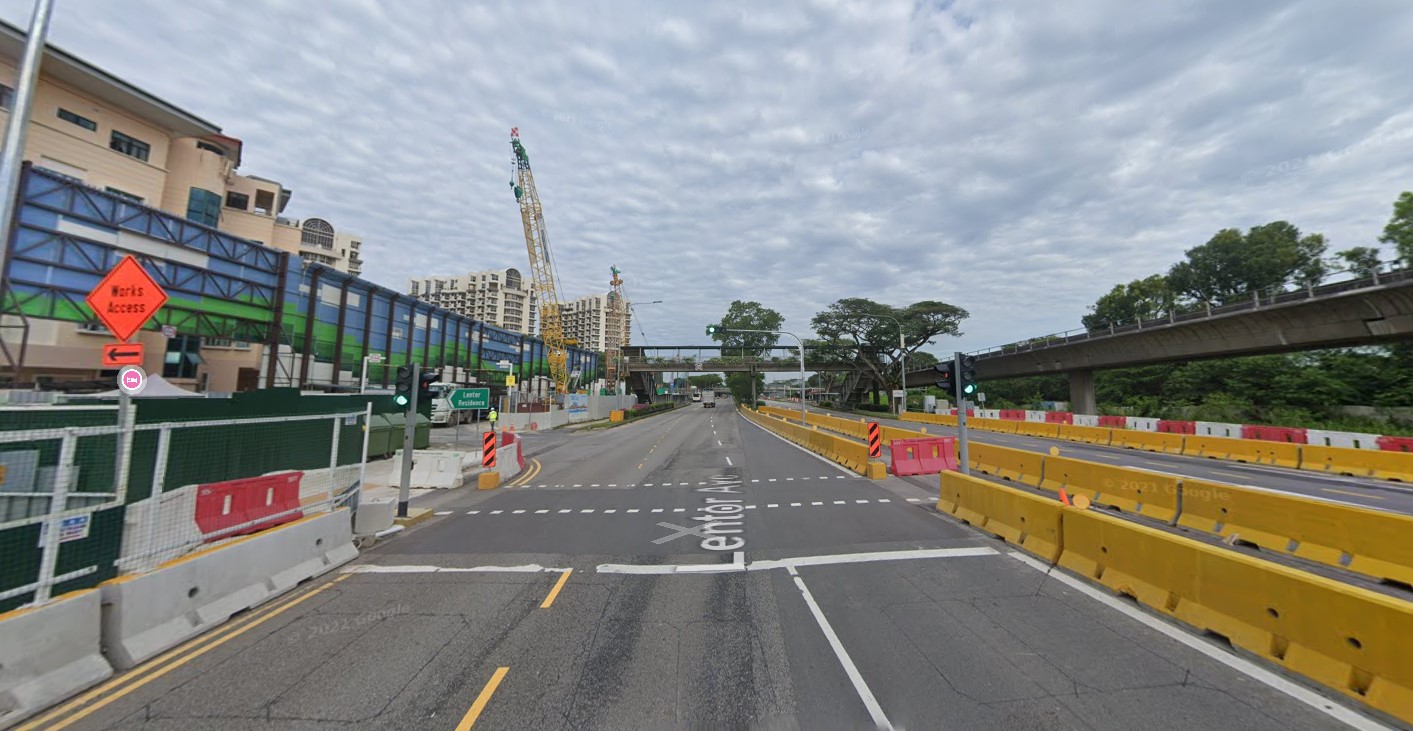 The road is a long, straight road with few traffic junctions, so there’s a temptation for cars  to speed.

Traffic light for red for vehicles

In the video – which has a timestamp of 30 Dec, 3.31pm – the woman can be seen crossing the road at a moderate pace.

There are not 1, not 2 but 3 traffic lights clearly indicating red for vehicles, meaning she definitely has the right of way. 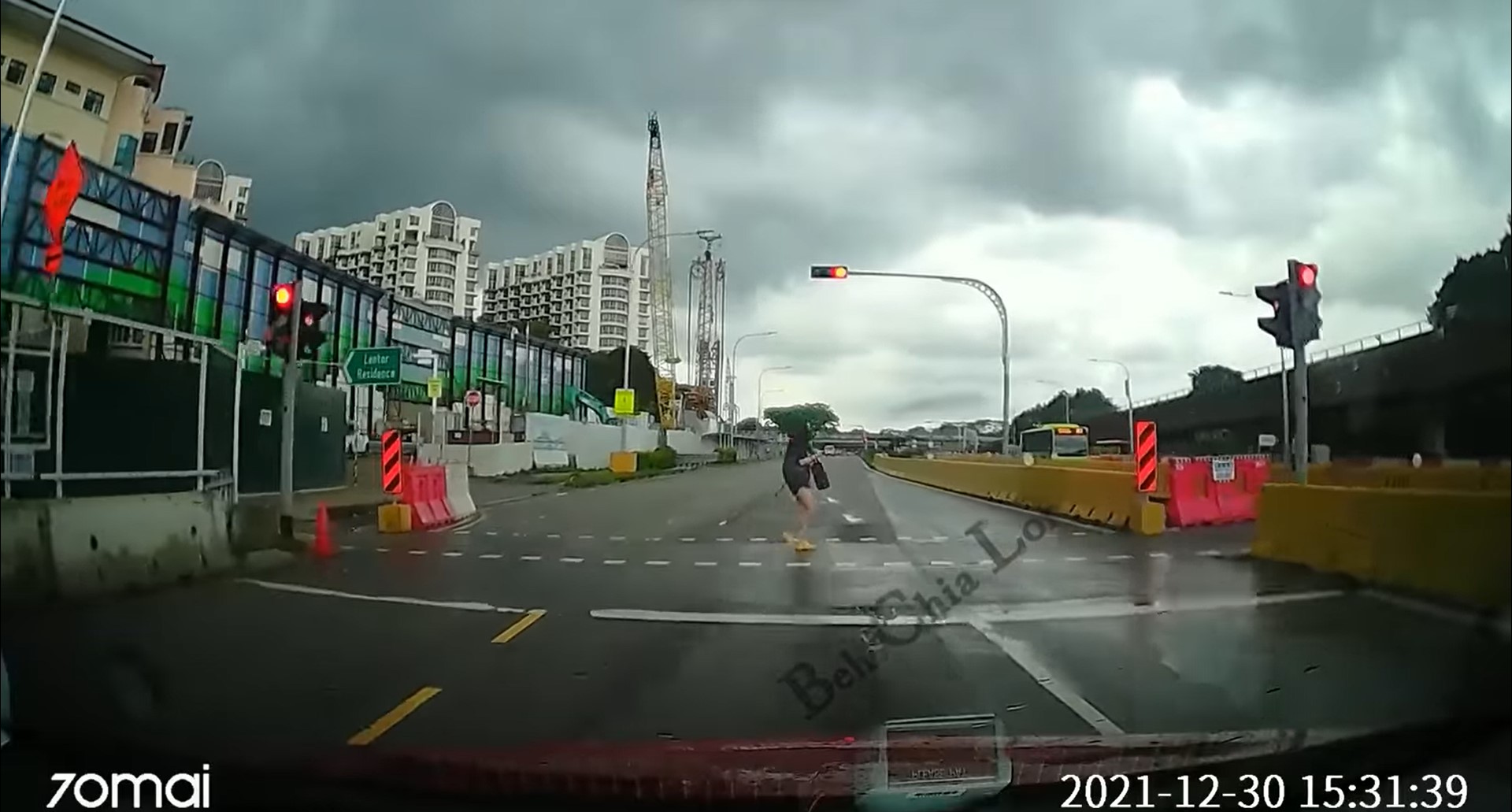 It seems like the lights have been red for a few seconds too, enough time for the car with the camera to come to a slow stop.

The woman makes it across 2-thirds of the road when a red car comes out of nowhere.

It zooms through the crossing on the right lane, barely missing the woman just as she sets foot on the boundary between lanes. 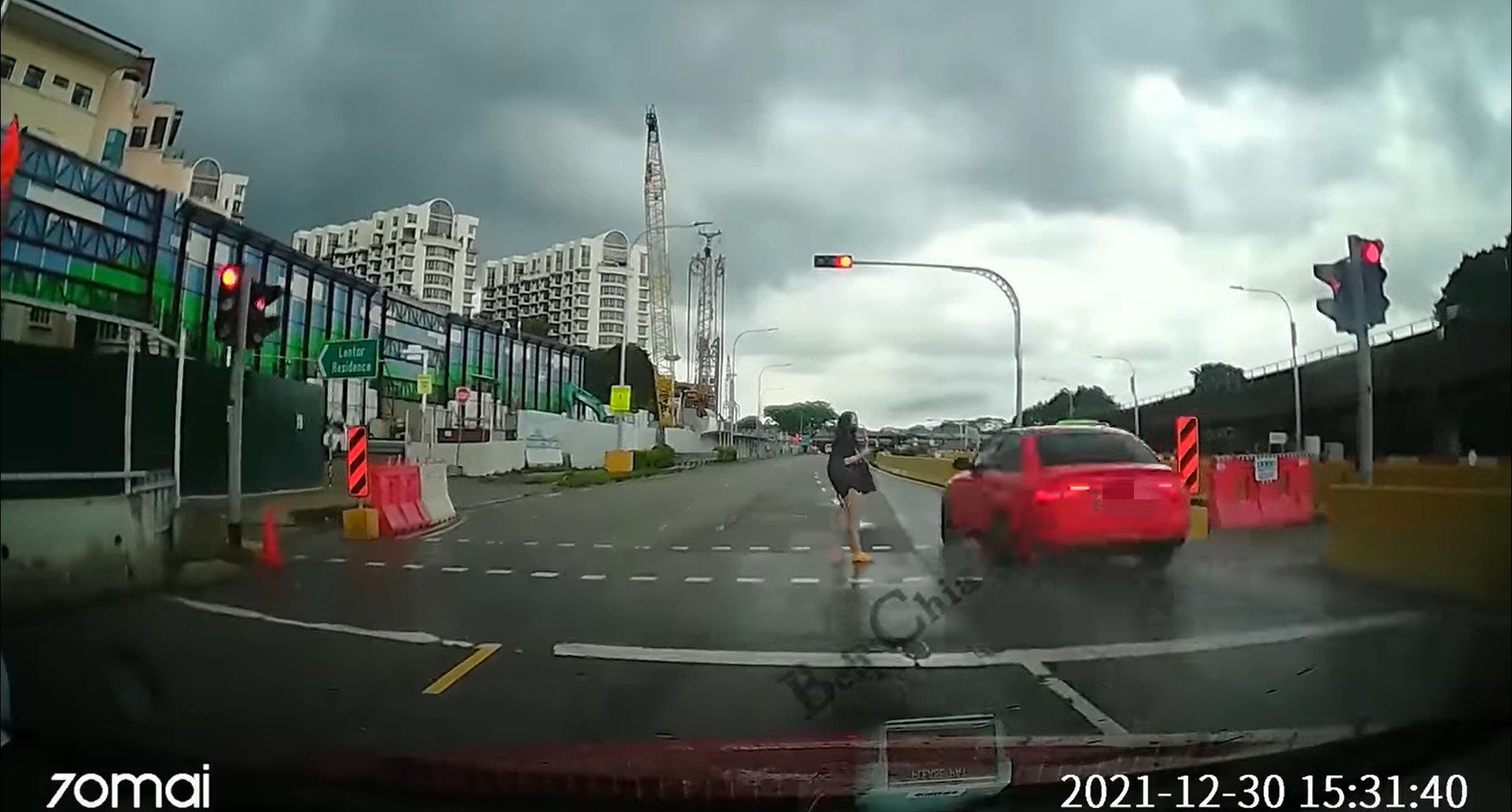 To her credit, she carries on walking like nothing had happened after stopping briefly.

If she’d been walking faster, she could have been hit and seriously injured indeed.

The red car, on the other hand, failed to stop at all.

In a news release on Wednesday (5 Jan), the Singapore Police Force (SPF) said they were alerted to the video.

The car had purportedly failed to comply with the red-light signal at a pedestrian crossing, they said, noting that it almost collided into a pedestrian.

They carried out investigations and managed to establish the identity of the driver, a 34-year-old man.

He was arrested on Tuesday (4 Jan), suspected of dangerous driving under Section 64(1) of the Road Traffic Act.

The SPF reminded all motorists to follow traffic rules to the roads can be safe for everyone.

If the driver is convicted under the Road Traffic Act, he faces a jail term of up to 12 month and/or a fine of up to $5,000.

Upon a 2nd or subsequent conviction, the penalty will be increased to a jail term of up to 2 years and/or a fine of up to $10,000.

He may also face disqualification from driving all classes of vehicles.

2022 is only a week old, but we’ve already heard of 2 more incidents of suspected reckless driving involving pedestrians.

On 28 Dec, an SBS Transit bus was seen beating a red light at Jurong East, nearly colliding with a father and daughter duo crossing the road.

On New Year’s Day, a Maserati was suspected to have hit pedestrians as they were crossing Orchard Road. 3 people were injured.

The police are investigating the incident.

Beating the red light is irresponsible driving that endangers the lives of road users.

Though nobody was hurt in the Jurong East and Lentor Avenue incidents, they were close shaves nonetheless – where a matter of inches would’ve been the difference between life and death.

Stopping for pedestrians, on the other hand, may get you a grateful bow and contribute to a gracious society.

Hopefully, more motorists will learn the importance of driving responsibly this year.