Must Share News – Independent News For Singaporeans
Home Viral Facebook Car Flies Into The Air As It Drives Over Gas Cover, SP... 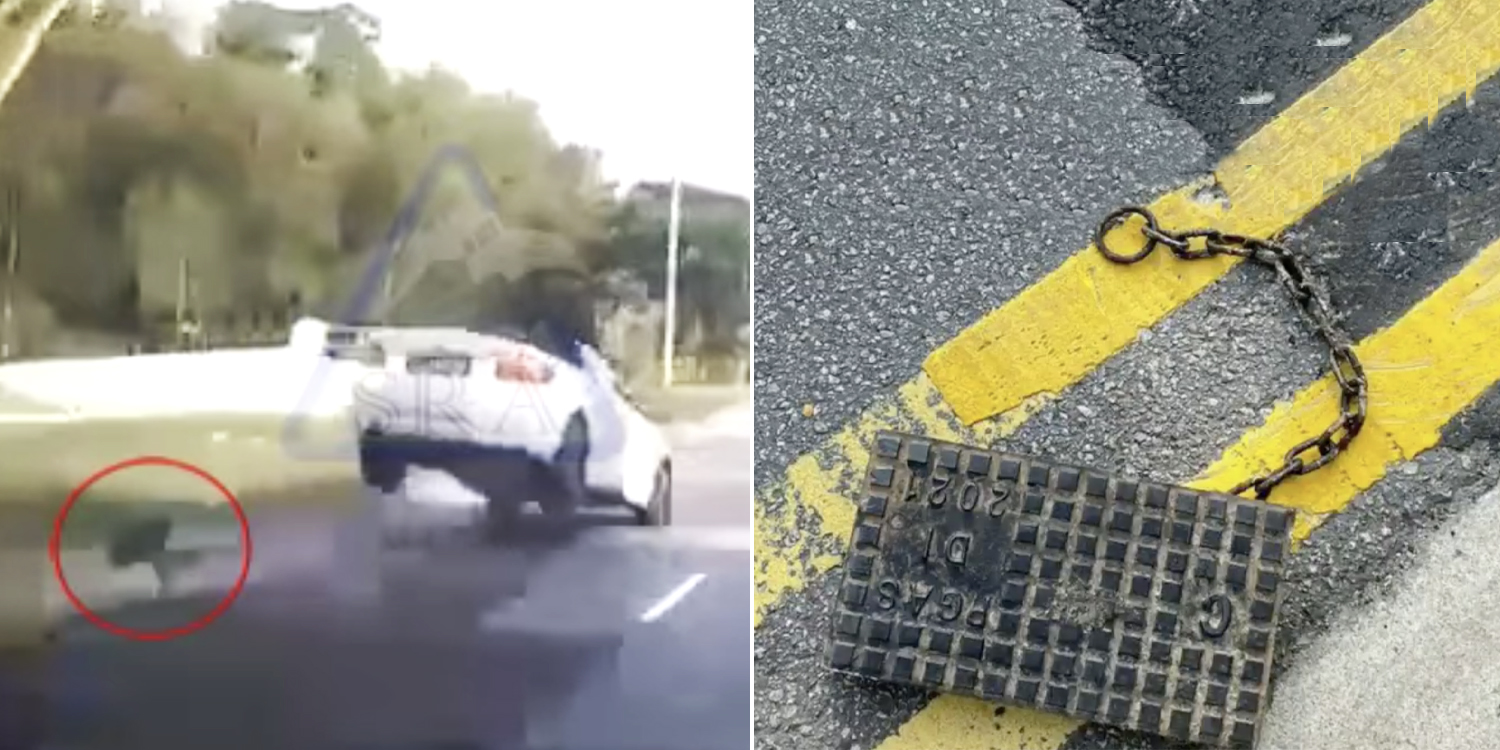 Roads are the last place that you’d want to be caught by surprise. After all, vehicles move extremely quickly and the slightest mistake on the road can cause serious injuries.

On Sunday (11 Apr), a car was driving along a road in Yishun when a metal gas cover popped out of the ground from under it.

The strong impact punctured the rear tyres of the car and even threw it in the air. The authorities are now investigating the incident.

Gas cover pops out of road as car goes over it

On Sunday (11 Apr) at around 4.56pm, the car was travelling along a road in Yishun when it was suddenly thrown into the air.

Video footage showed that this was caused by a gas cover popping out of the ground just as the car went over it. 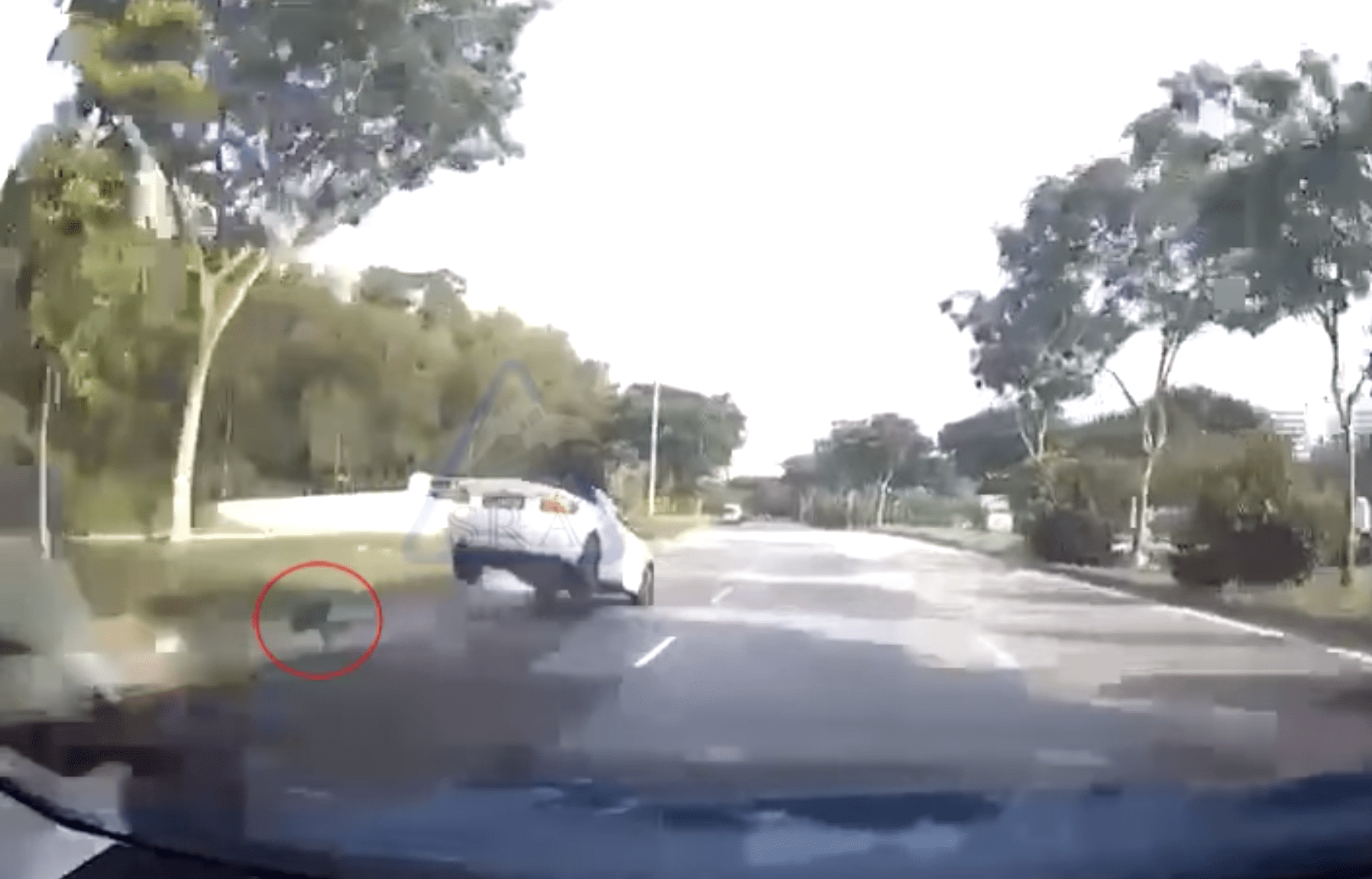 The impact was so hard that debris from the car can be seen as the vehicle was thrown in the air. Later, the car landed so heavily on the ground that it bounced back up before the driver could stabilise it. The driver then quickly moved to the adjacent lane.

Black smoke can also be seen coming from the tyres.

The true extent of the car’s damages was only made known later when the driver stopped to conduct a check.

The driver apparently reported the incident to Public Utilities Board (PUB) and the traffic police.

Following the incident, the car reportedly had to be towed away from the scene.

Images captured at the scene show that a rectangular metal cover was the cause of the incident. 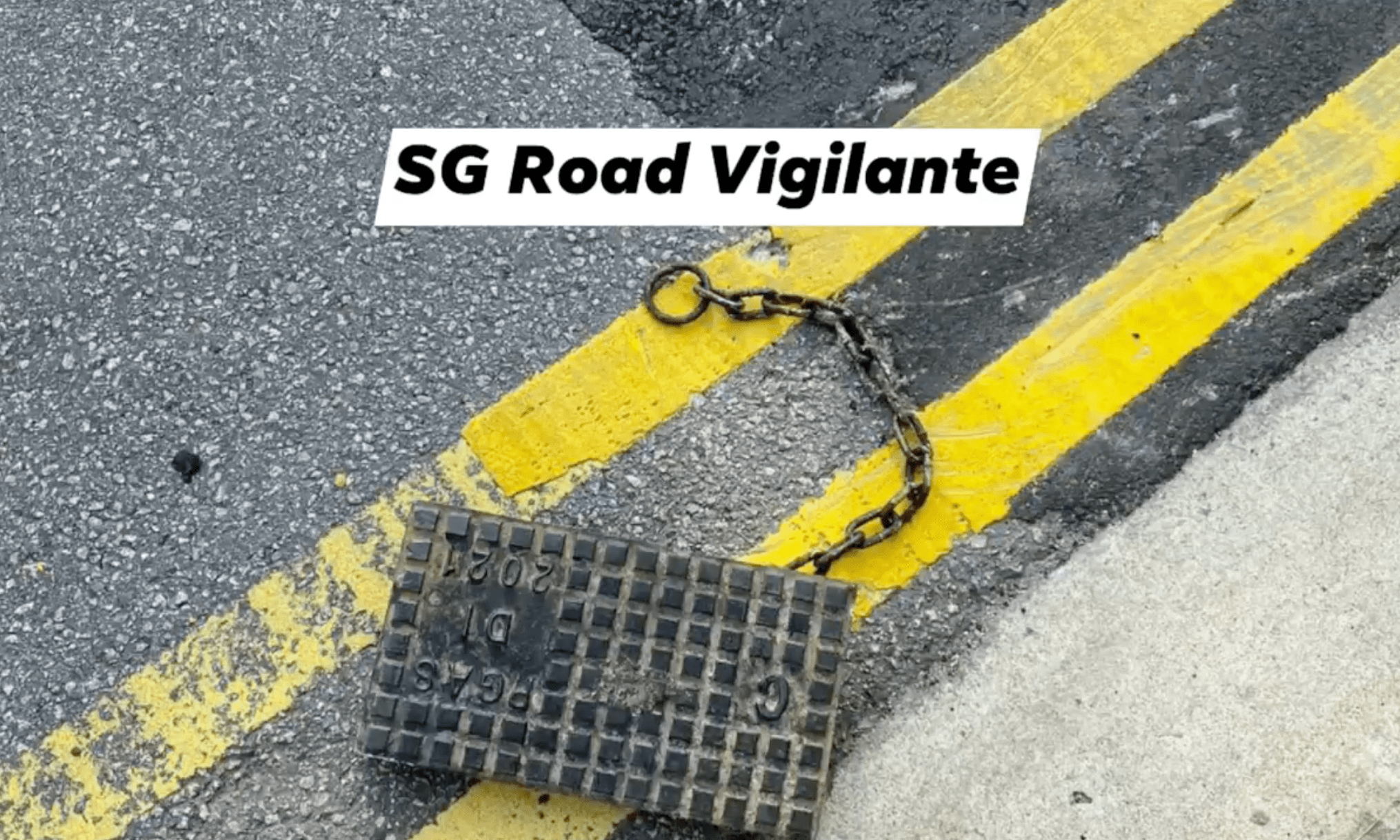 The cover which had the letters ‘PGAS’ on it was attached to a metal chain that seemed to have broken off. 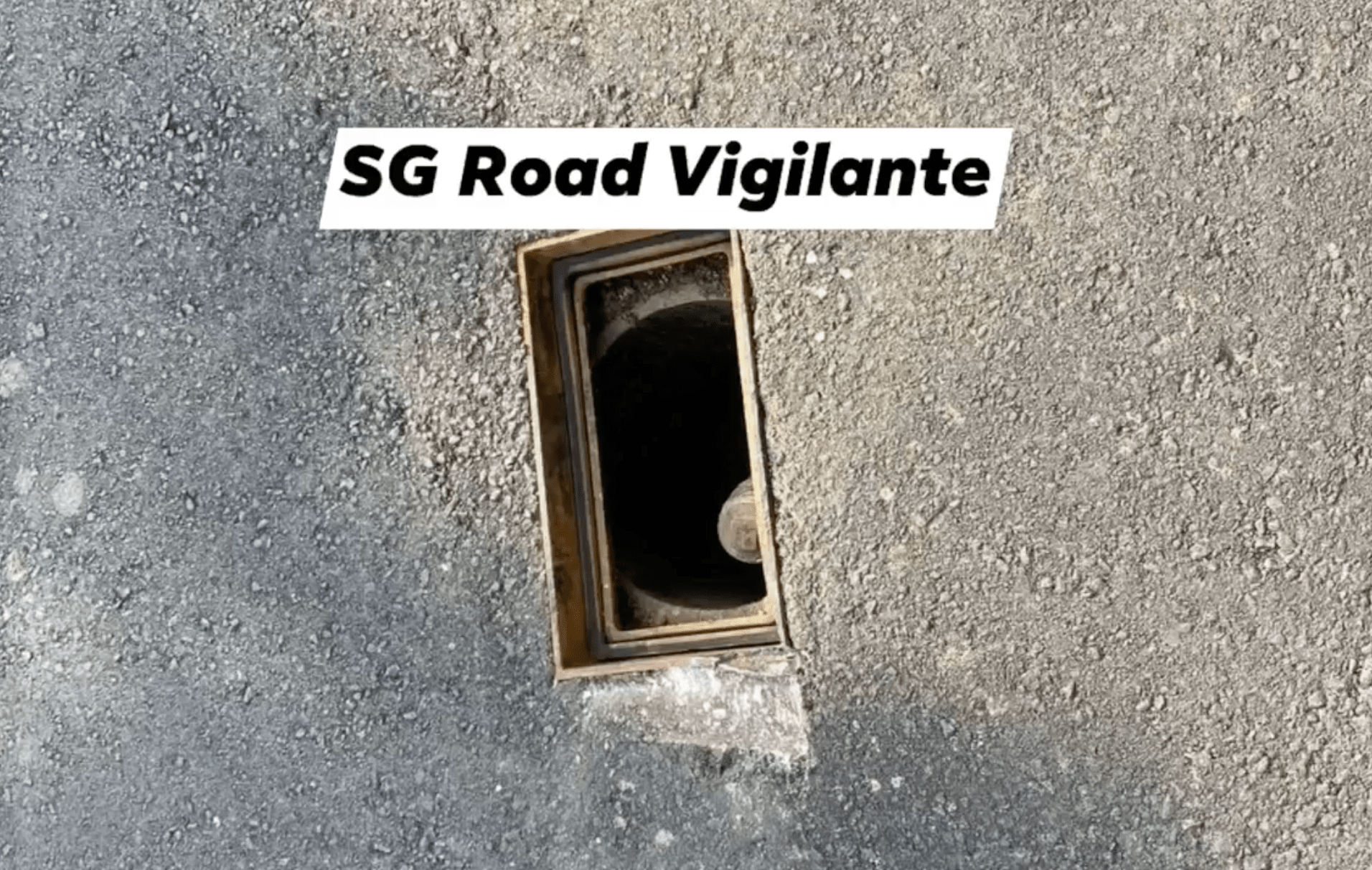 According to the post, the cover was supposed to be secured over the pipe on the road. 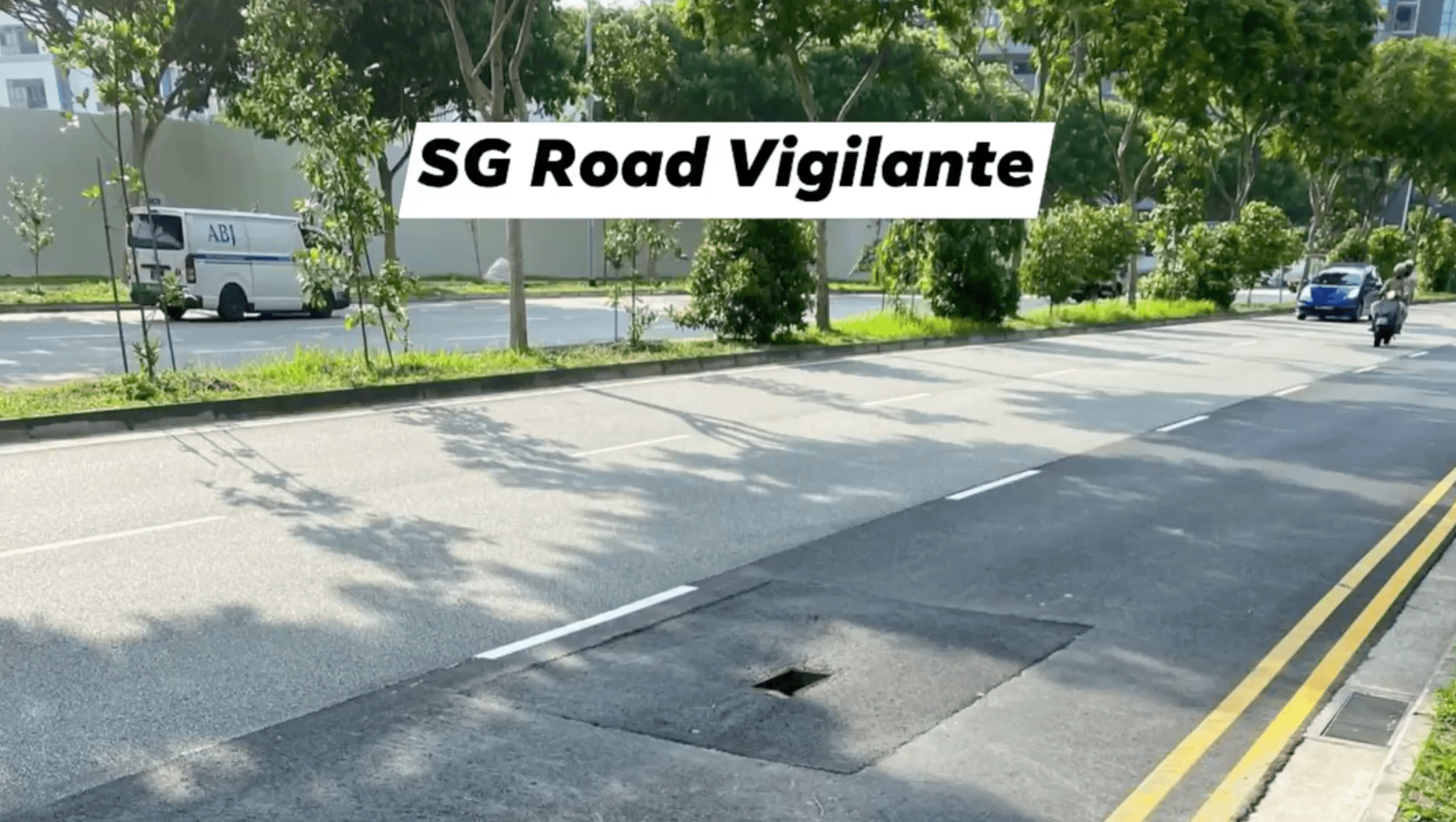 The letters ‘PGAS’ is likely to stand for PowerGas, a major subsidiary of Singapore Power Group (SP Group).

PowerGas is reportedly the sole gas transporter and gas system operator in Singapore. It owns and operates all gas pipelines in Singapore.

In response to MS News’ queries, an SP Group spokesperson said that they are currently checking on the incident.

Hope investigations get to bottom of incident

This is truly an unfortunate and bizarre incident — it’s not every day that we hear about a car getting thrown in the air by a gas cover.

Thankfully, the driver was calm and managed to stabilise the car quickly, preventing any further damage and injuries.

Hopefully, investigations will get to the bottom of the incident and rectify the problem to ensure the safety of all road users.