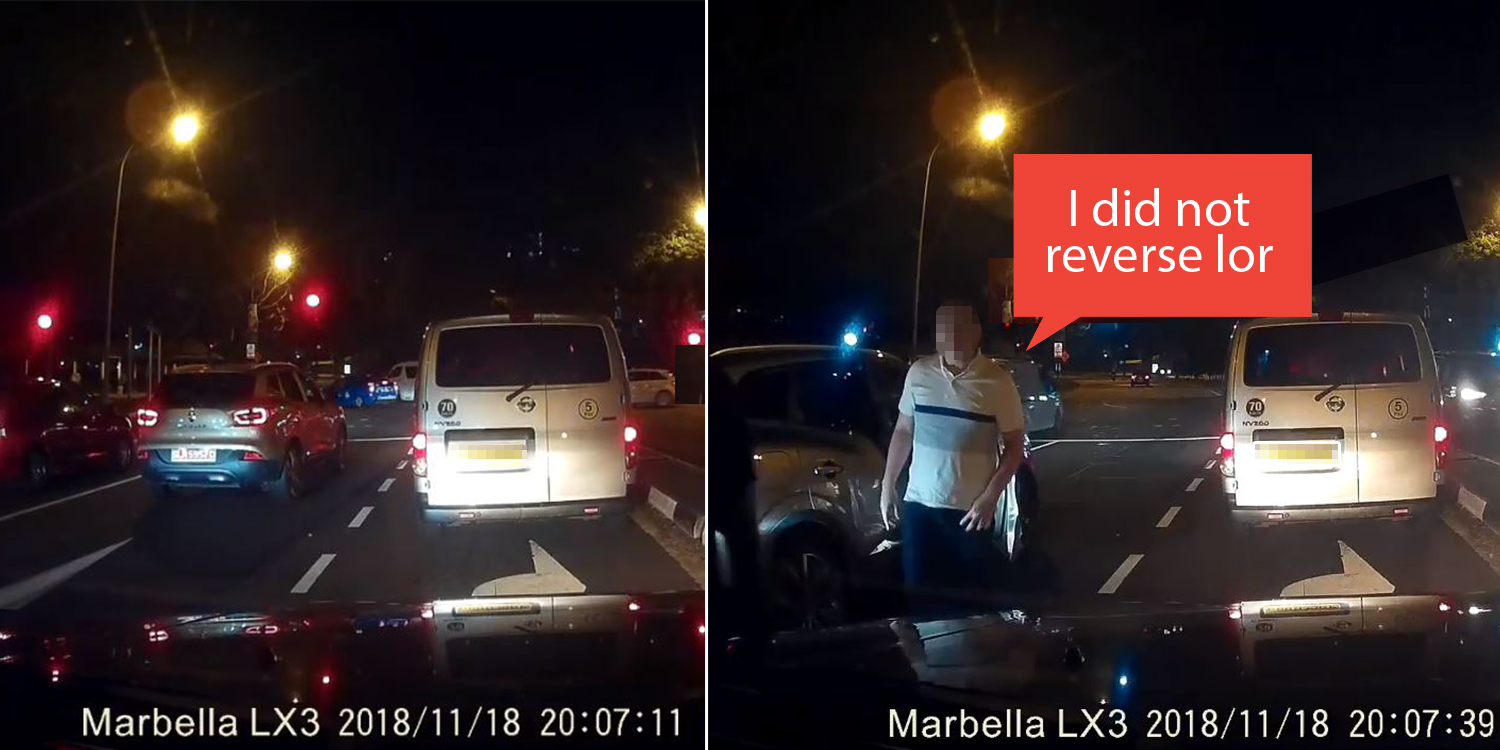 A video posted to Facebook depicted a car rolling slowly backwards and bumping into a van directly behind.

The incident happened last night (18 Nov) at 8pm at a traffic junction along Woodlands Avenue 5.

Upon impact, both drivers stepped out of their vehicles. When the van driver asked the car driver why he reversed into his van, the latter denied doing so.

The van driver then pointed to a car next to his van, and said that they should ask the driver — the person who posted the video, Mr Leong — what he saw.

It is clear, from the video, that the van had rolled back and knocked into the car. And this was precisely what Mr Leong told both drivers.

But even after Mr Leong’s testimony, the car driver allegedly continued to deny having reversed his vehicle, exclaiming “Got meh? Really meh?”.

Mr Leong then told the van driver that he would send him the video recording from his dashboard camera.

Vehicles nearby sounded their horns

Mr Leong also wrote that neighbouring vehicles had sounded their horns to warn the driver that his car was slowly rolling backwards.

But given how the driver appeared genuinely puzzled at the van driver’s accusations, it may be that he did not hear any of them.

Some users suggested that it might be a ploy to make false insurance claims.

Another user more humorously remarked on the driver’s ‘acting skills’.

Sharp-eyed users noted from the video that when the car was moving backwards, the reverse lights were not flashing.

This means that there was some truth to the driver’s denials — that he really hadn’t reversed his car. But surely, he should have realised that his car was rolling backwards?

Whatever it is, the video evidence will be hard to refute, especially if the case is taken to court or the police. We hope the dispute is solved peacefully soon.

S’pore Travellers Heading To England Will Not Be Quarantined, But Only Essential Travel For Now