TTSH & ICA Officer Clusters Had 15 New Covid-19 Cases On 29 Apr, All In Affected Areas To Be Swabbed 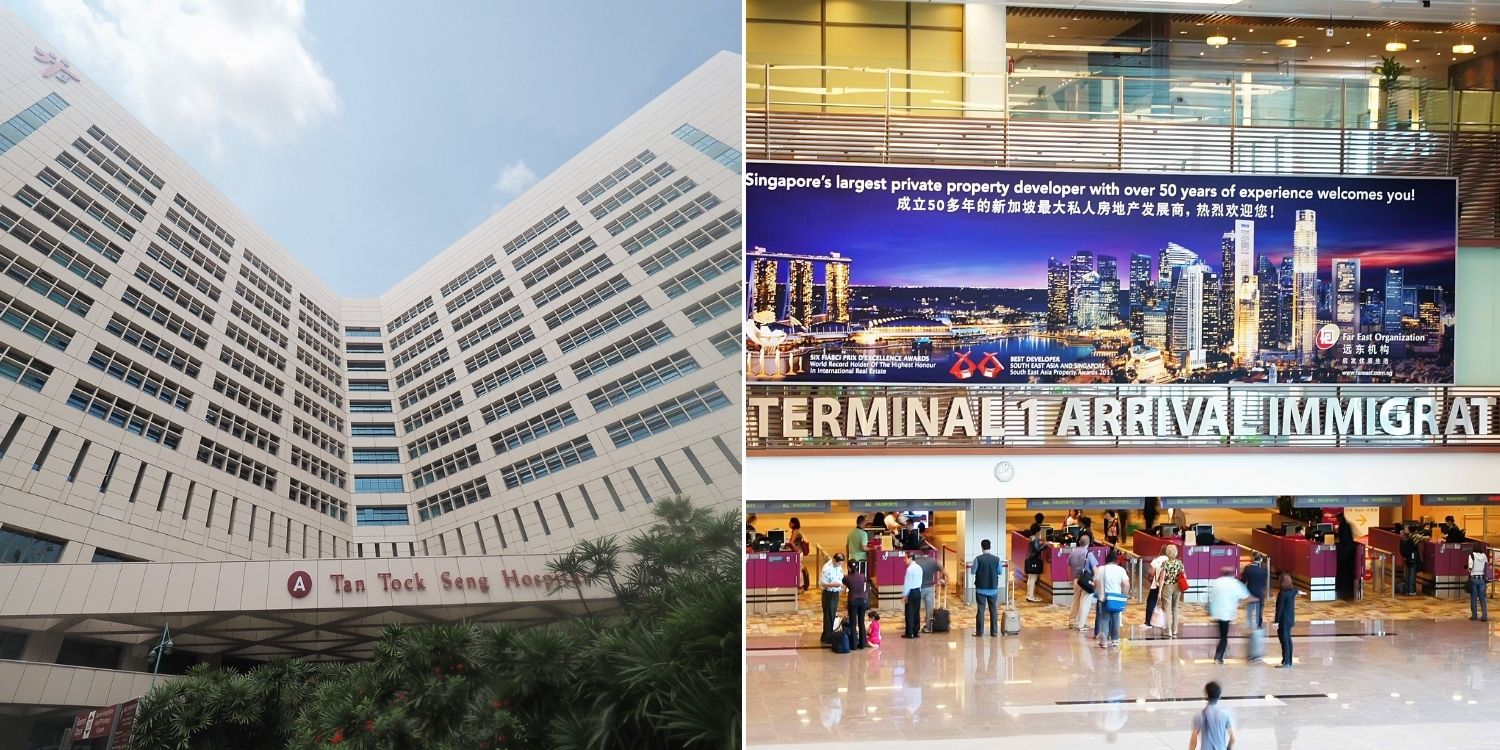 There are now 8 open clusters in total.

When multiple Covid-19 cases involving Tan Tock Seng Hospital (TTSH) and Immigration & Checkpoints Authority (ICA) staff began to spring up, many of us probably anticipated even more to follow. 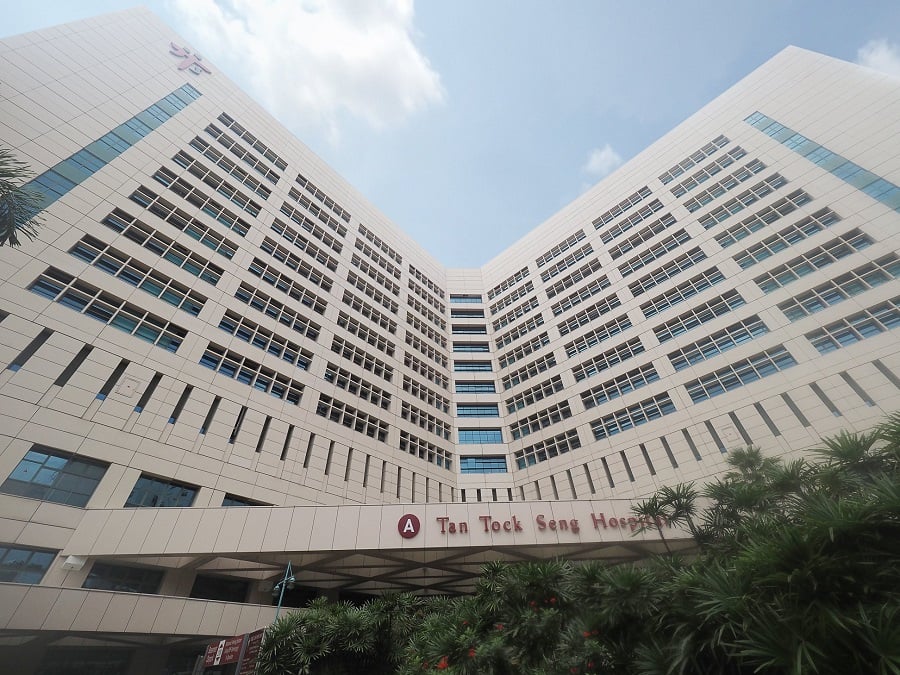 Indeed, on Thursday (29 Apr), 15 of the 16 community cases proved to be from these clusters.

We take a closer look at the Ministry of Health’s (MOH) report, which elaborates on the cases.

According to MOH, on top of the 46-year-old nurse who tested positive on 27 Apr, 2 more hospital staff and 6 patients in her ward have positive Covid-19 results.

Among the employees was a doctor who came down with a fever on 27 Apr, and visited a GP clinic the same day. His swab test result came back positive the next day, and he was conveyed to the National Centre for Infectious Diseases (NCID).

The doctor had received his vaccine doses on 18 Jan and 8 Feb.

Another staff member is an 18-year-old healthcare assistant trainee who had no symptoms. TTSH only picked up her case after the compulsory swab tests for all staff on 28 Apr. 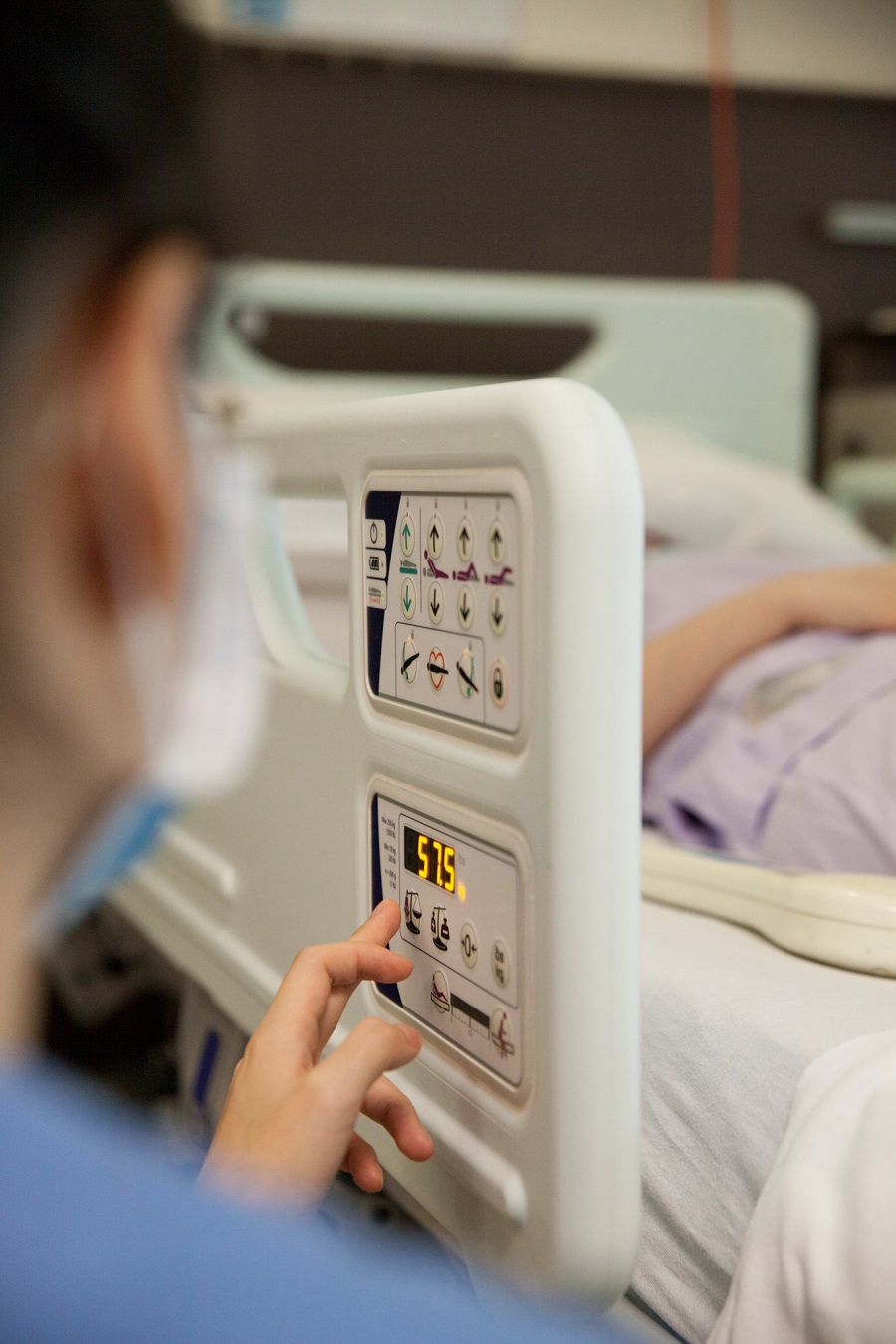 As for the 6 patients, 5 were detected in the ward-wide testing, while 1 was a patient who had developed symptoms while in a different ward.

The 57-year-old took a swab test on 18 Apr after developing a persistent fever, runny nose, and cough. When it came back negative, TTSH placed him in Ward 7D before transferring him to 9D.

He spent 7 days there before an infectious diseases physician transferred him to an isolation ward on 27 Apr due to his persistent fever. 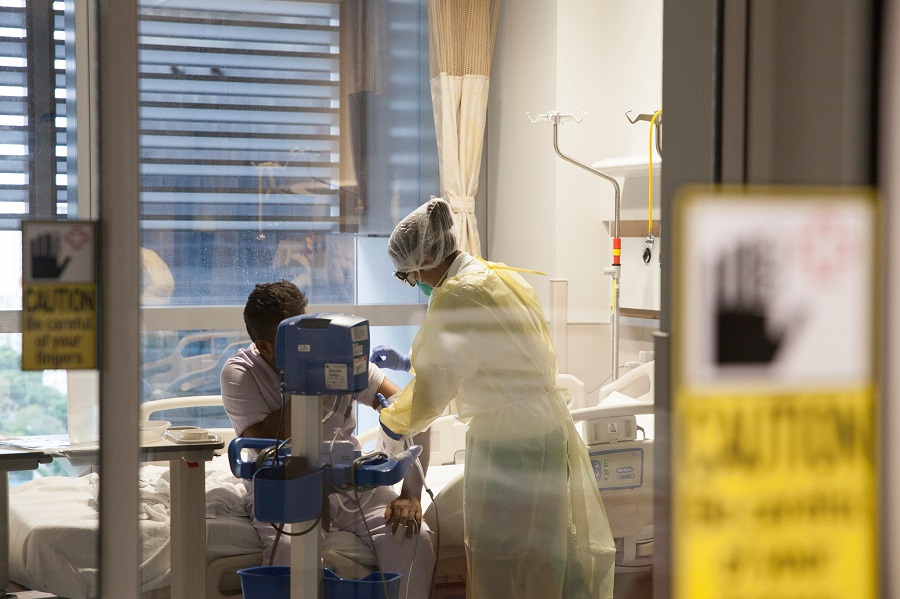 Image of a patient in an isolation ward, for illustration purposes only
Source

He was confirmed to be positive for Covid-19 the next day, and was moved to NCID.

All the TTSH cases had negative serological tests, which means that they’re current infections.

Meanwhile, 7 family members of the ICA officer who had tested positive on 27 Apr are also down with Covid-19.

MOH reported that the 8 of them had gathered for a meal on 25 Apr, which was likely how the transmission occurred. The 7 family members were placed under quarantine on 27 Apr.

Here’s a brief overview of the individual cases:

As a precautionary measure, TTSH has closed the hospital to visitors since 29 Apr. They’re also testing all staff and patients across all wards, to identify any hidden links.

Wards 7D and 9D in particular are currently under lockdown to contain further transmission.

Since the ICA officer had worked at Changi Airport Terminal 1 a day before he developed symptoms, 32 officers who had been in close contact with him then are now under quarantine. 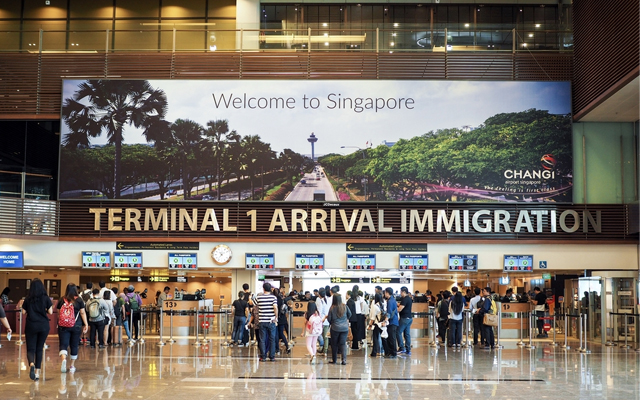 ICA added that 100 other officers who had also worked at the same location will be taking swab tests too.

In response to queries from MS News, ION Orchard, where Case 62571 had gone for work before quarantine, said that they had thoroughly disinfected his workplace on 28 Apr.

Here’s the mall’s statement in full:

Our security officer has tested positive for COVID-19 on 28 April 2021 while on quarantine. He did not have any symptoms when he last reported for work in the morning of 27 April at the Command Centre, where he had minimal contact with shoppers. During his shift on 27 April, he received confirmation that his relative tested positive and was immediately placed on quarantine on the same day.

We have been working closely with the authorities on contact tracing. Colleagues who had been in close contact with the officer have been placed on quarantine and required to undergo testing. In addition, thorough disinfection of the workplace had been carried out by a certified cleaning company on 28 April.

The health and well-being of our shoppers, tenants, and workforce is our top priority. Since 2020, we have stepped up cleaning and sanitisation efforts across the mall’s public spaces with frequent cleaning during operating hours, and a thorough cleaning every day at the end of operating hours. ION Orchard will continue to work closely with the Ministry of Health and relevant authorities and adopt the necessary precautionary measures.

Likewise, a spokesperson from Goodwood Park Hotel, where Case 62595 worked, assured that they have taken the necessary measures, including thorough cleaning and sanitisation of necessary areas.

They clarified that the patient had had no face-to-face contacts with guests, and only minimal contact with colleagues. This is because he often works independently in an enclosed room, on the midnight shift.

He had also completed 2 doses of the Covid-19 vaccine on 12 Apr.

Hope clusters will be contained

With 8 open clusters comprising 44 cases in total now, the trend is no doubt concerning.

But with efficient action from the relevant authorities and hopefully due diligence from the affected individuals, we trust that the infections can be contained.

After making such good progress, we certainly don’t want a new wave of infections to sweep through our nation.

So let’s continue being vigilant and responsible citizens for the sake of our own safety.