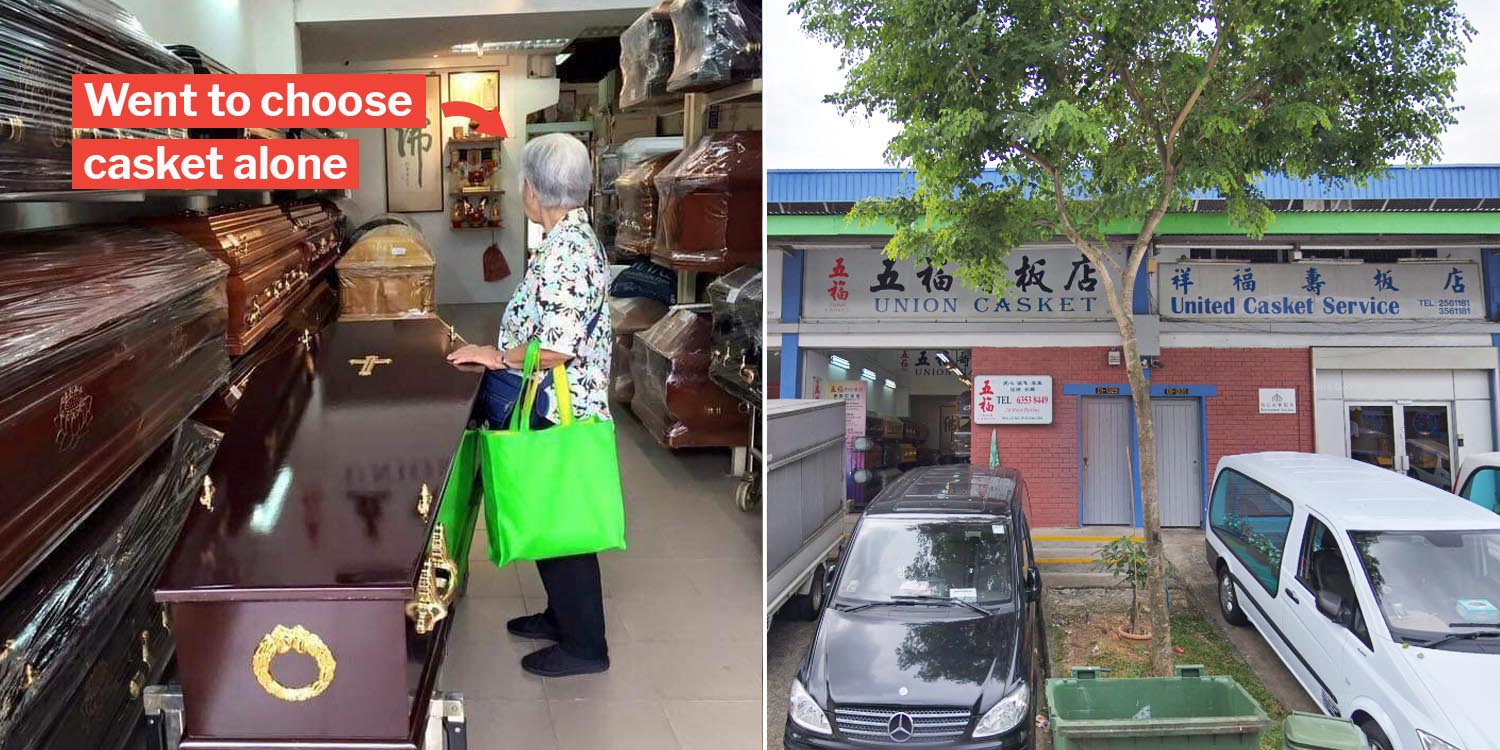 No parent should have to bury their child. It goes against the circle of life, as some would say.

Sadly, this 78-year-old woman’s story is a heartrending one. She had to bury her eldest son. He was 52.

What comes next? Apparently, she went to buy and pick her own casket at a funeral parlour in Toa Payoh, as captured in a Facebook post on Thursday (19 Sep). 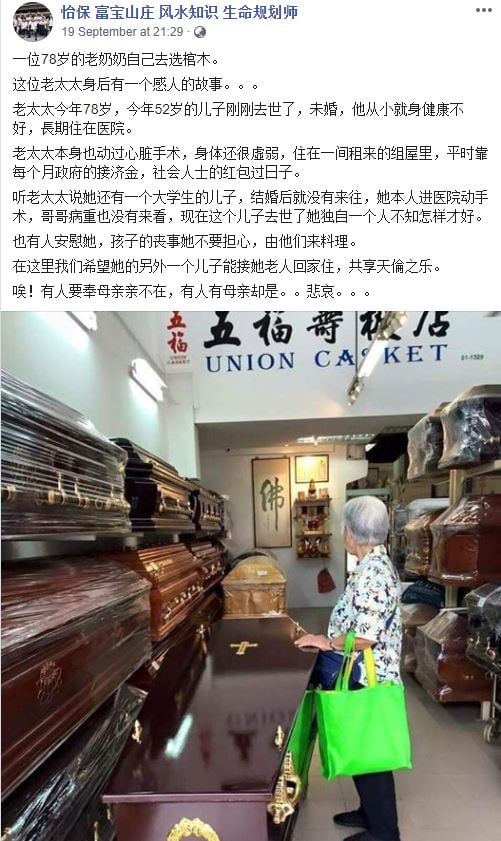 We summarise the story in English below.

The post starts by saying that the 78-year-old woman is picking a coffin on her own, and the story behind it is “incredibly touching.”

She had lost her 52-year-old son, who was unmarried. Though the cause of death was not specified, her son was said to have a naturally weaker immune system and spent most of his days hospitalised.

At the same time, the old woman “recently had a heart surgery”, and her body was still weak as she’s still recovering at the time.

She is believed to be staying in a rental flat and relies on monthly financial aid from the government to get by.

Lost touch with her younger son

The Facebook post also revealed that the old woman actually has a second son. But she has lost touch with him after he got married.

Her second son also didn’t visit his sickly brother prior to his passing.

Here’s to hoping that her second son will reconnect with her after seeing his mother’s story online, as conveyed in the post.

Incident was apparently 3 years ago

Speaking to MS News to confirm the story, a Union Casket representative, who declined to be named, said the woman actually visited the shop a few years ago.

She wanted to buy a coffin for her deceased son and herself. 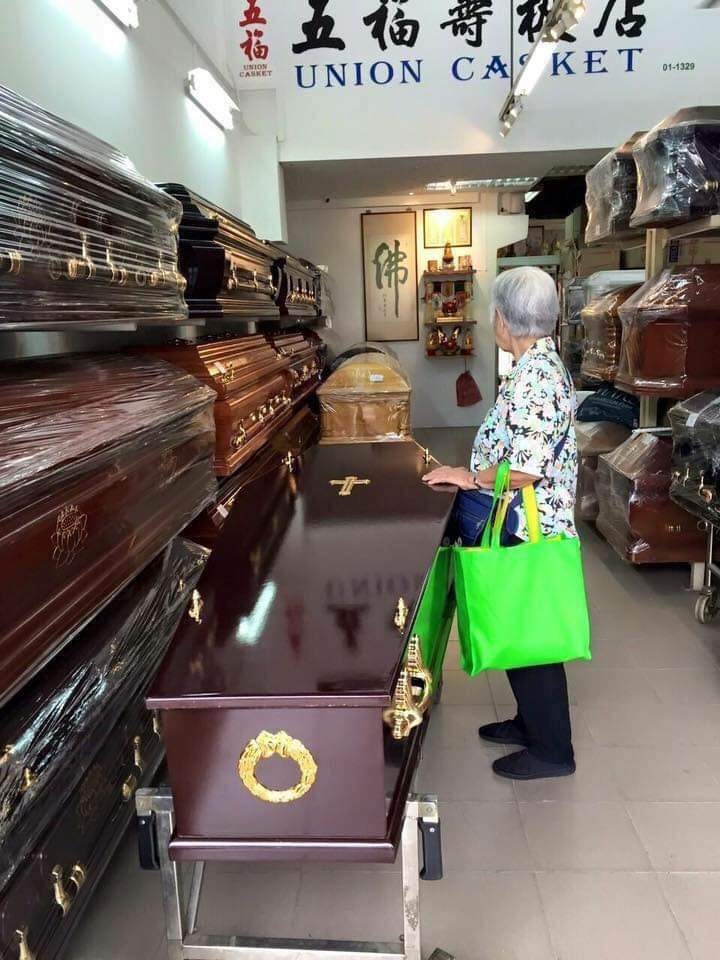 “It’s not recent,” he said. Sharing a little more about the old woman’s background, he told MS News that she had came in one day asking to buy a coffin for her eldest son and herself.

But she didn’t have enough money. We offered to provide funeral services for her son free of charge.

As she was alone now, she decided to plan in advance for when the time comes by choosing her own coffin.

The representative added that the woman, from Chai Chee, became estranged from her second son many years ago due to different religious beliefs.

Although he couldn’t remember when she visited the shop, we did a quick check and found that it could have happened in 2016 based on this website.

Greatness of a mother’s love

The old woman’s story sparked an outpouring of emotions from netizens, who left poignant words describing their sadness, and the greatness of a mother’s love.

This Facebook user said she couldn’t hold back her tears after seeing the ah ma’s back.

Another Facebook user shared that nobody would understand a mother’s love until they become a parent.

Meanwhile, other Facebook users, like this one, stressed that we only have one mother in our lives, so we should appreciate them.

Though we are unsure how the old woman is doing now, we hope that her story, which has somehow gone viral again 2 days ago, would help bring her closer to reconnecting with her only son.