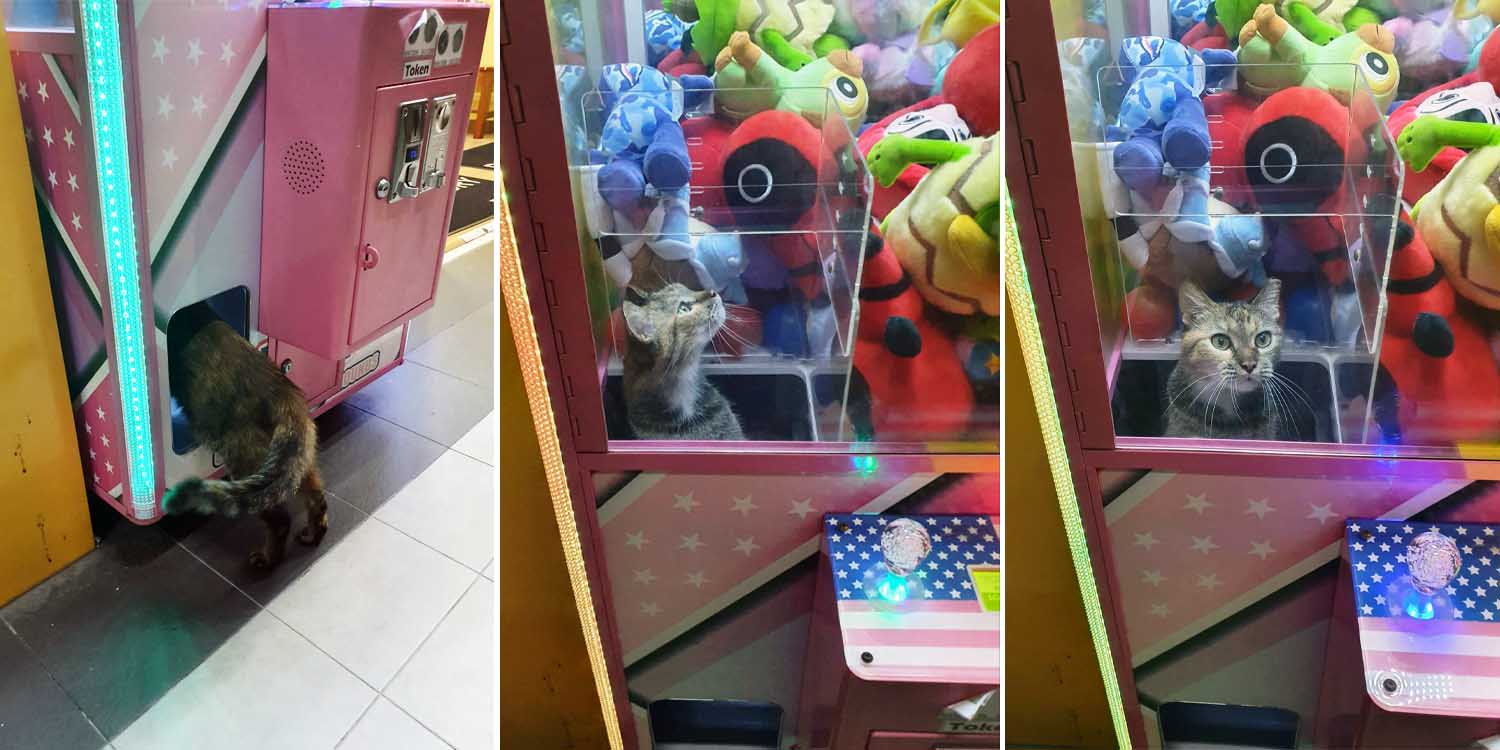 Cats are known for their playful and sometimes amusing antics as they would often climb up and down, exploring every nook and cranny.

On Monday (10 Jan), a man shared on Facebook about a cat that decided to explore a claw machine in Clementi. 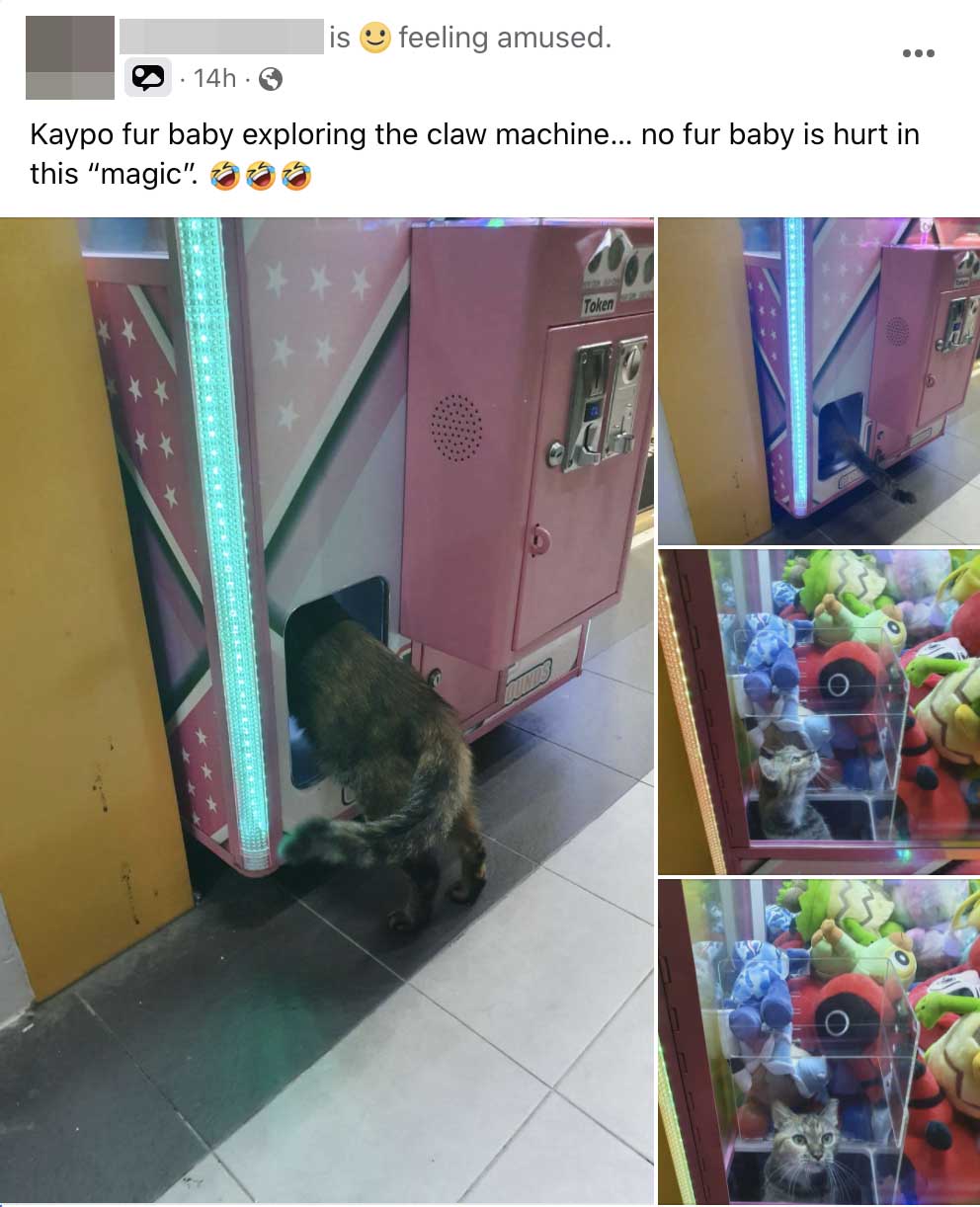 The kaypoh little one even managed to get into the claw machine, as if taking its pick at a prize.

Needless to say, the cat won the hearts of many netizens, with many saying it probably wanted to grab a toy for itself.

On Monday (10 Jan), photos of a cat exploring a claw machine in Clementi were shared on Facebook.

In the first picture, the cat stood on its hind legs, half its body inside the claw machine slot. 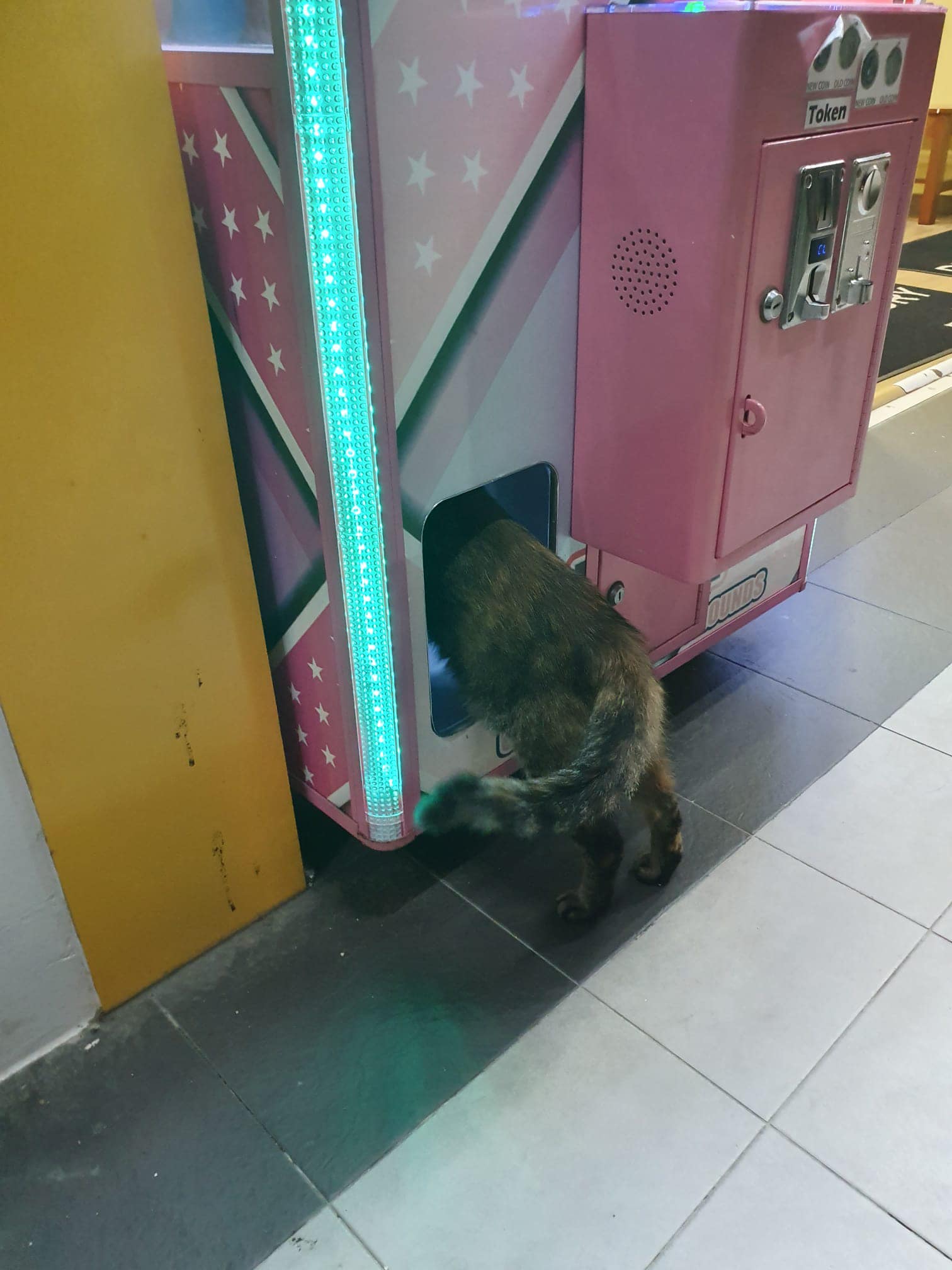 As if deciding that the machine was worthy of its attention, it then leapt into the machine. 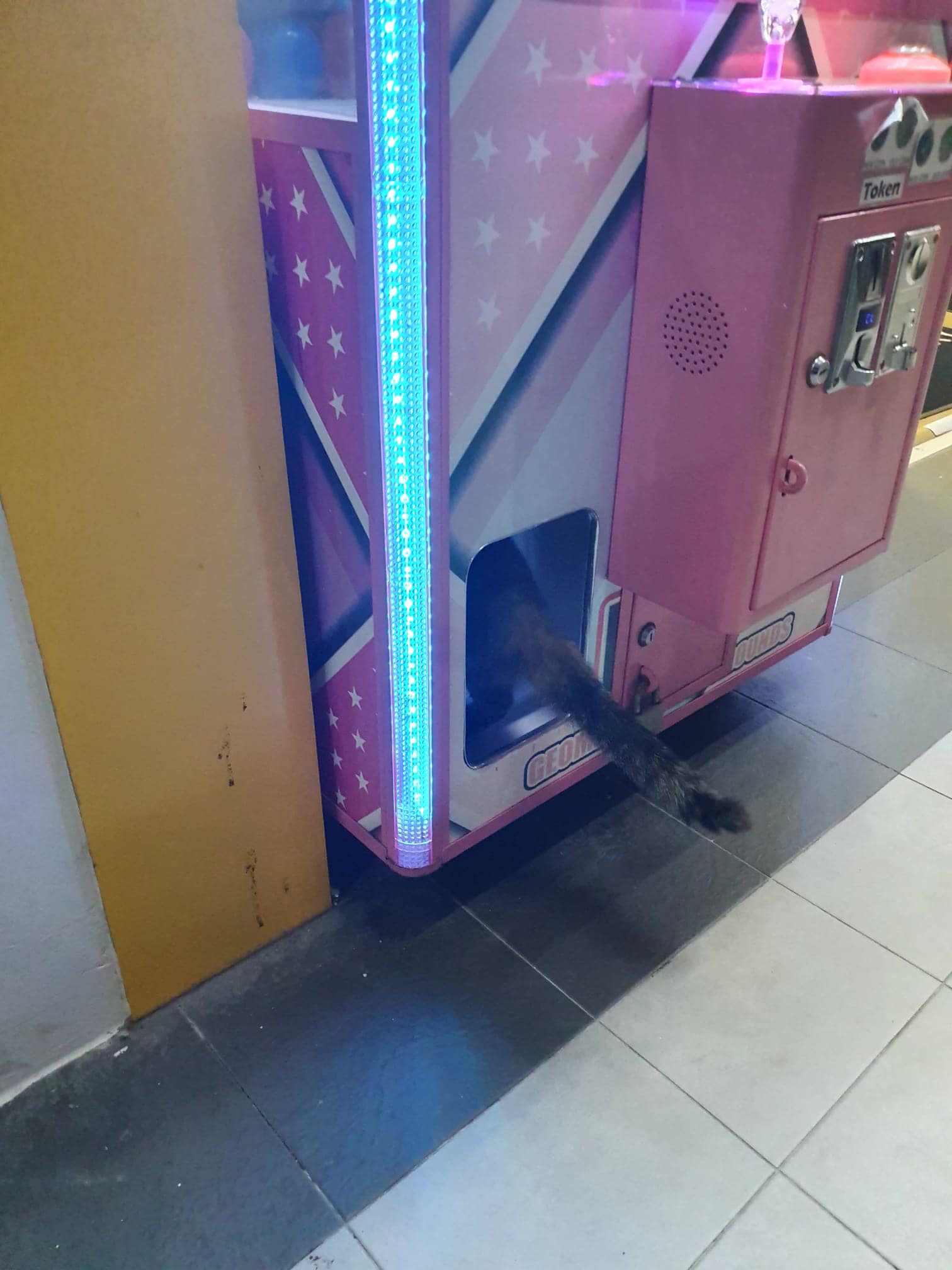 Moments later, the cat reemerged, this time inside the claw machine, where prizes are dropped.

It looks up at the toys around it in wonderment, almost as if mentally choosing which toy to take. In the next photo, the cat’s attention seemed to turn to the photographer, looking straight at the human. 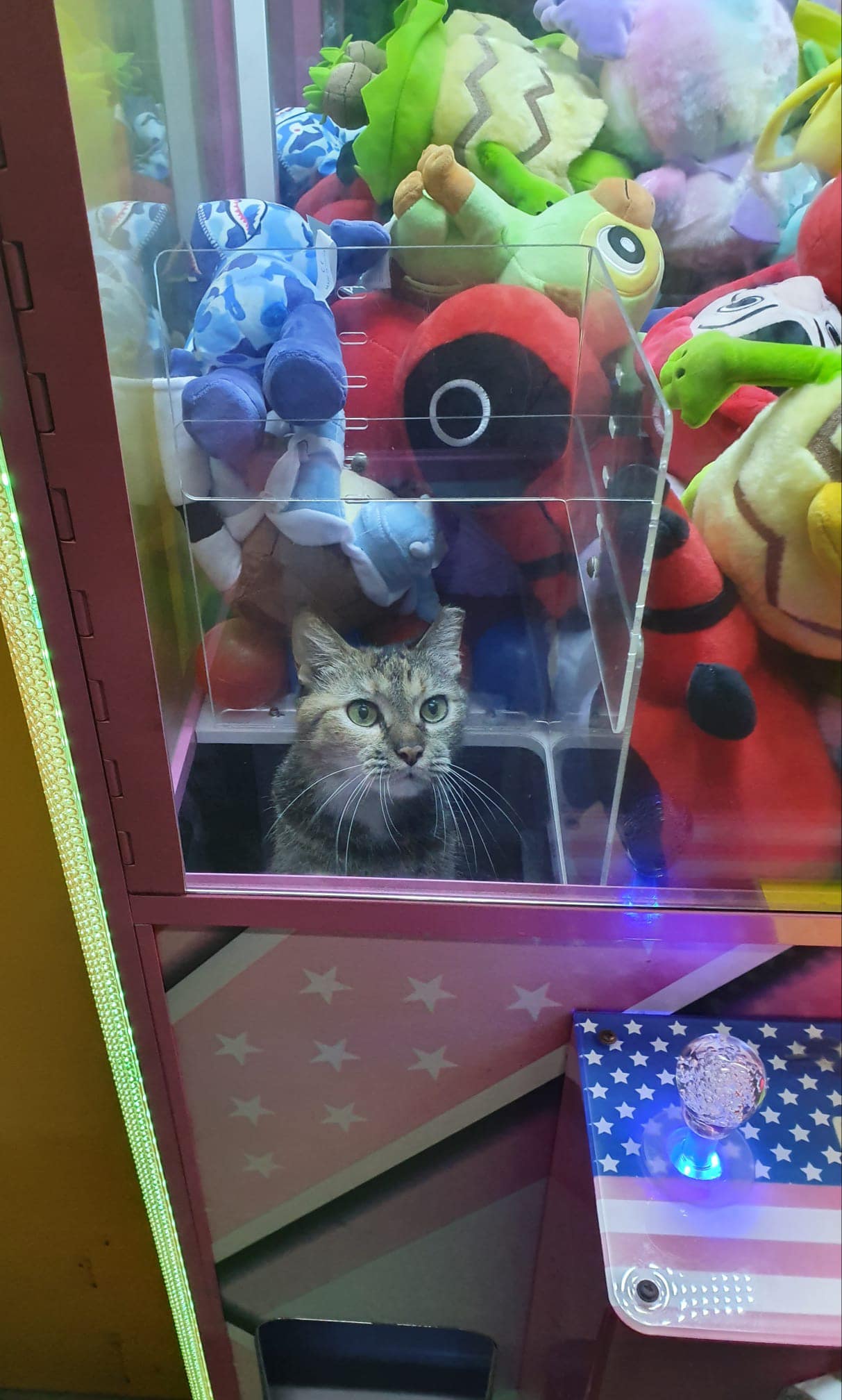 After a short while, the cat left the claw machine. Not to worry, the little one was not stuck or hurt.

The claw machine that caught the cat’s attention is located outside a laundry store at Block 420A Clementi Avenue 1. 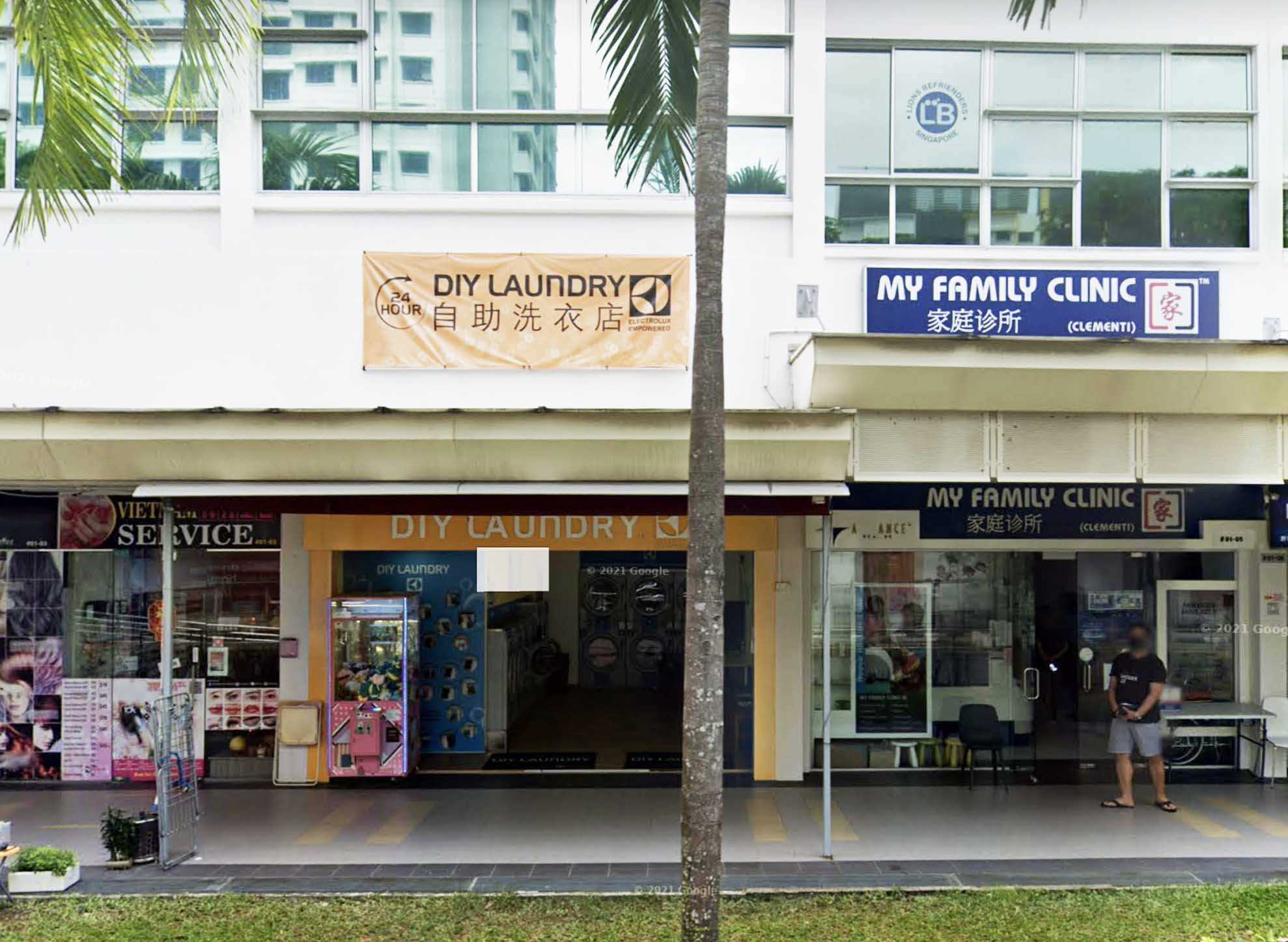 Speaking to MS News, the OP shared that the cat is one of the many beloved community cats commonly seen roaming about the area.

But it certainly isn’t every day these adorable felines take an interest in the claw machine.

Netizens say the cat is the ultimate prize

The lovable little cat amused netizens. Some guessed that it just wanted to get more toys.

Others said that the cat was looking at the human as if asking which was the toy they wanted so it could grab it for them.

Many pointed out that the cat was so cute, they’d want to get it as their prize instead.

Claw machines are fun for cats too

This curious little fur baby has certainly won our hearts with its adorableness.

We’re glad to see claw machines are fun for humans and the cats that live in our community.

What other fun antics have you seen cats do? Let us know in the comments below!

S’pore Community Cat Entertains Itself On Playground, Goes Up & Down Slide