UDPATE (27 Oct): A previous version of this story reported that St John’s Island has over 100 cats. The current figure is at 16, according to St John’s Island Marine Laboratory. The article has been updated to reflect the changes.

The cats are fed by caretakers. Please do not feed the cats as their caretakers are concerned about overfeeding.

One of Japan’s most famous islands is Okishima, also known as Japan’s cat island.

But did you know that Singapore has its very own cat island as well? Located southeast of Sentosa, St John’s Island is home to families of cats. The ferry fare to St John’s Island is slightly pricier than the cat cafes we have in town.

But take comfort in the fact that the 30-minute journey there promises a worthwhile experience as we get to interact with these lovely felines.

Based on SPH Razor’s documentary of Singapore’s cat island in 2014, we learnt that there were at least 100 cats residing on St John’s Island during its glory days of being known as the republic’s very own cat island.

According to SPH Razor, they are extremely friendly and comfortable with humans so feel free to pet them.

They were previously allowed to breed freely, prompting the Society of the Prevention of Cruelty to Animals (SPCA) to carry out their Trap-Neuter-Return-Manage programme in 2011. 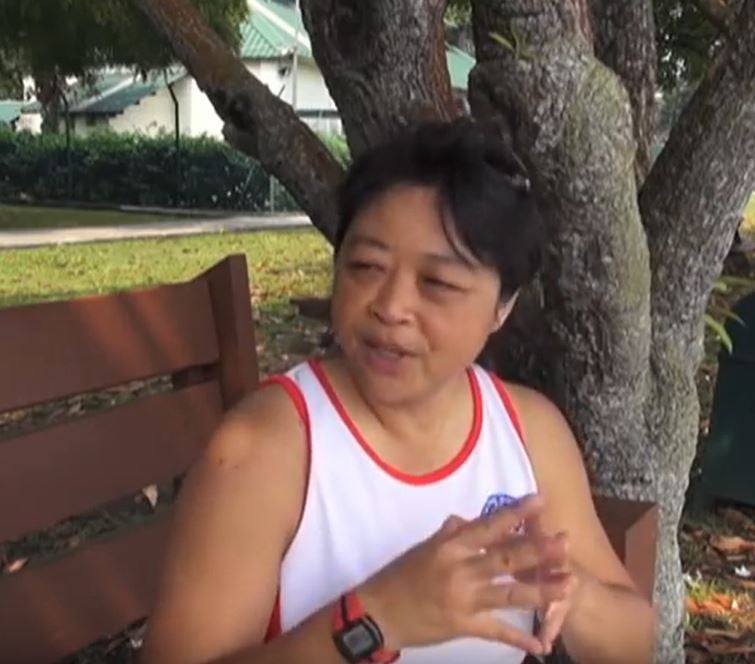 The programme was meant to prevent the overpopulation of cats on the island.

Overpopulation would have led to more problems like malnutrition and spreading of diseases, added Corrine Fong, former executive director of SPCA. 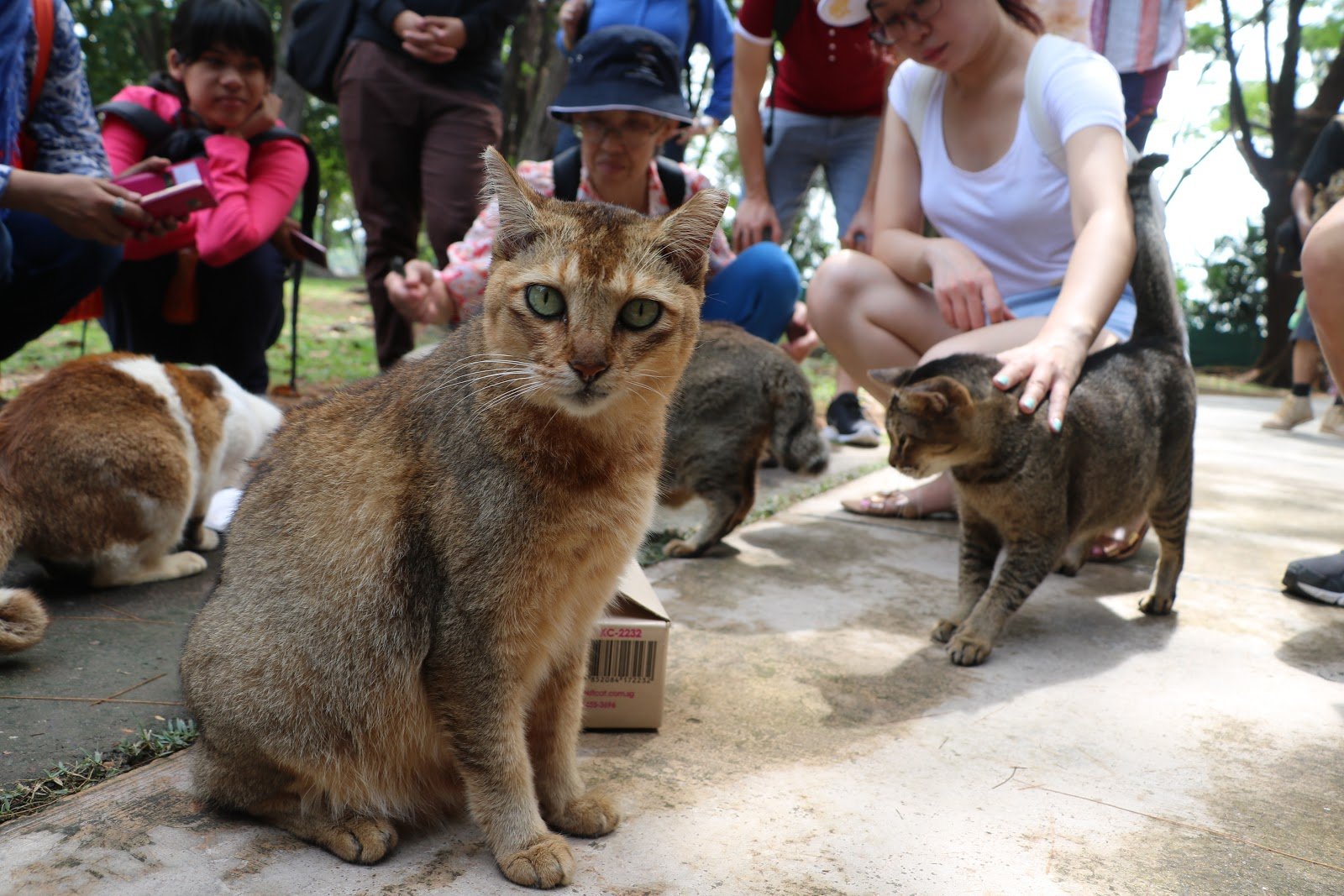 NTU Cat Management Network shared that SPCA’s programme and partnership with the workers and islanders helped to stabilise the cat population.

St John’s Island Marine Laboratory said on Facebook that the cat population had drastically decreased over the years due to SPCA’s successful Trap-Neuter-Return-Manage programme.

As well as the catnapping incident that saw 18 cats taken away from their homes on the island last year. 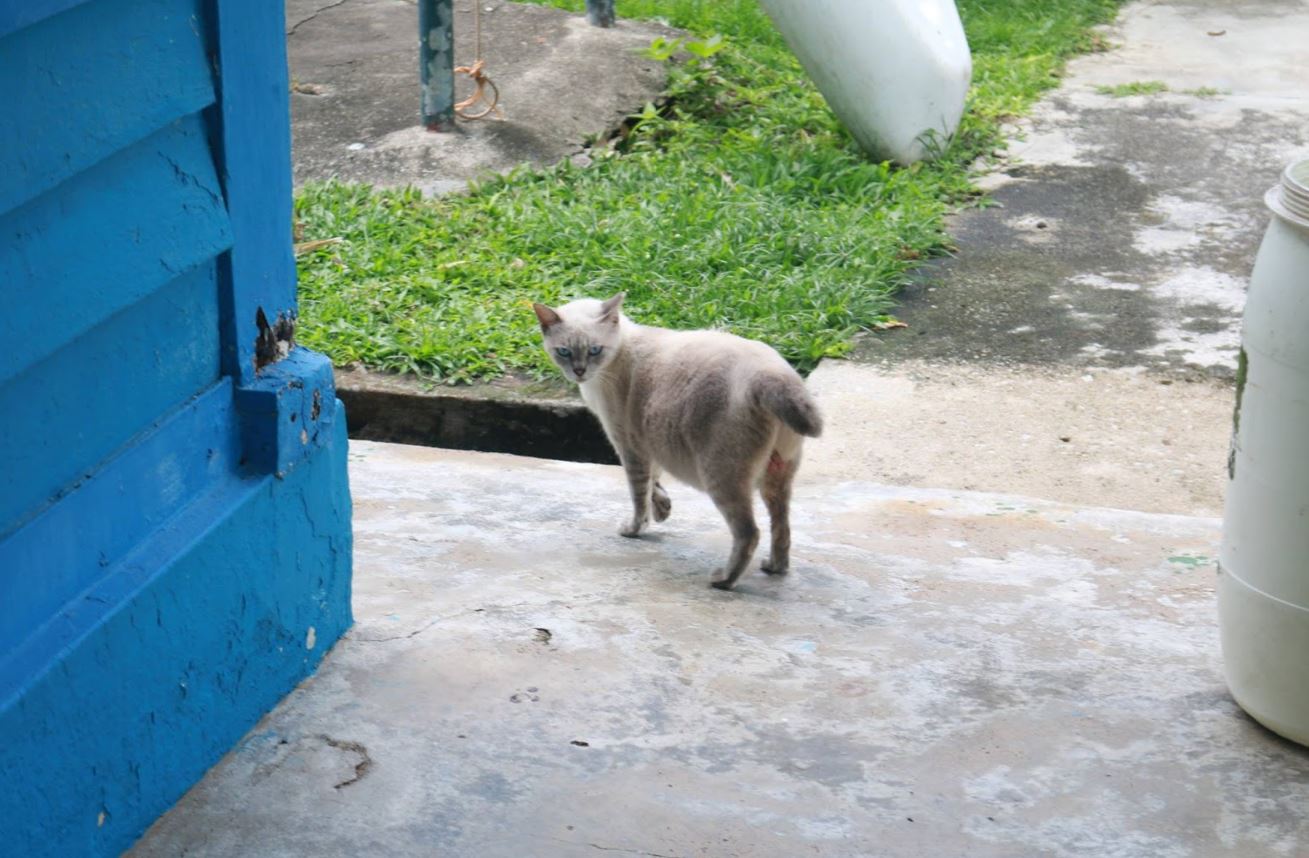 These cats might have ‘migrated’ from St John’s Island to Lazarus Island since the islands are only about 1.3km apart from each other. 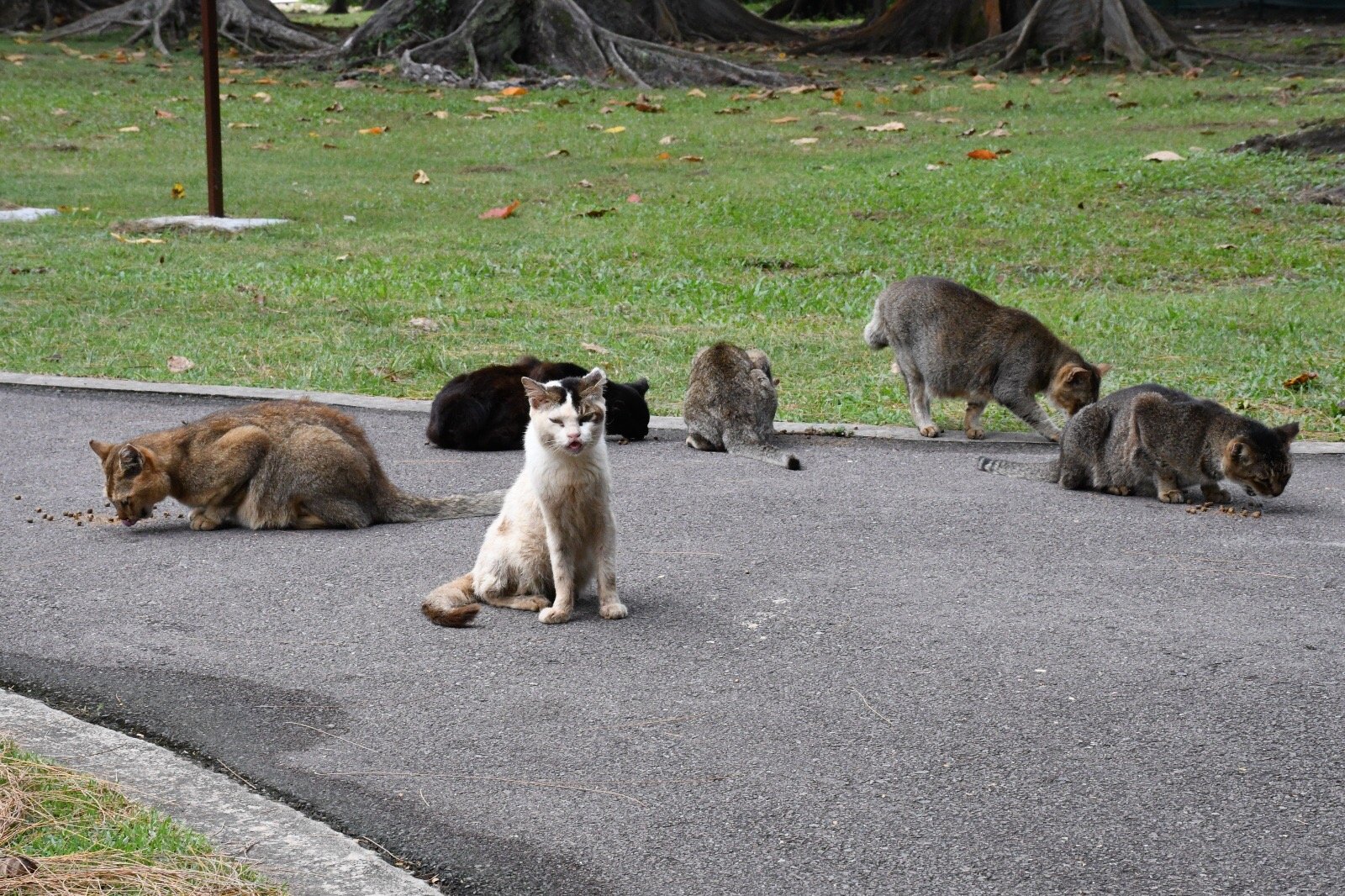 Visitors are discouraged from feeding cats

If you feel like going there to feed the cats, do take note that the cats already have dedicated volunteers feeding them daily. 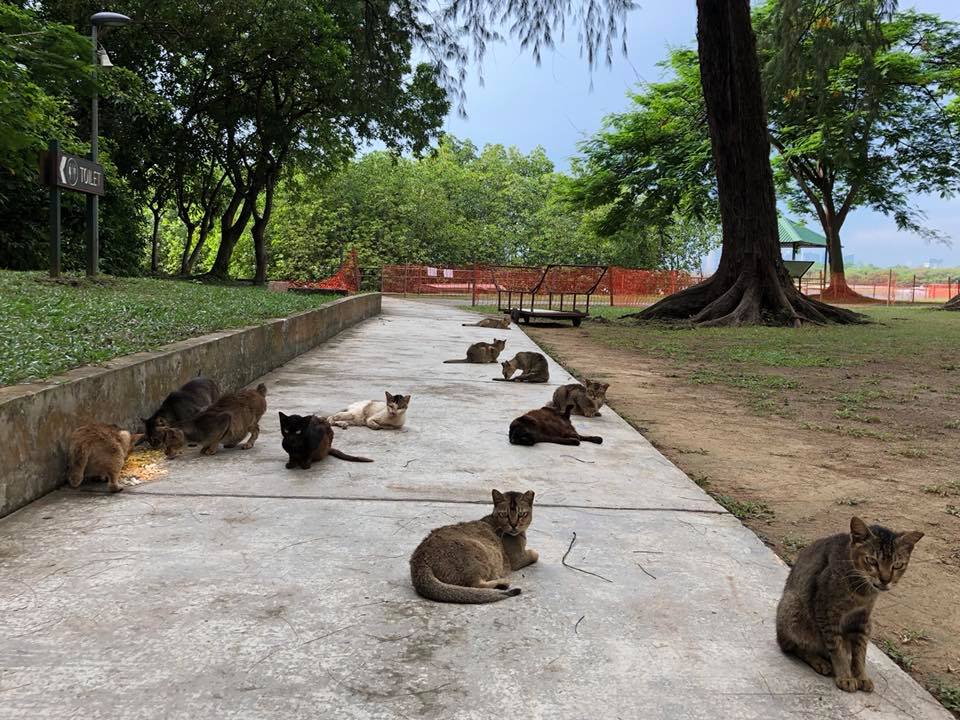 Ad-hoc feeding by visitors only causes a mess for the volunteers, as they’ve cited several problems arising such as left behind food and water containers.

You can contact the admins of St John’s Island Cats Facebook page to check on their needs before heading down.

Due to the infamous catnapping incident, this goes without saying: Please don’t try to take away any of the cats from the island when you’re there.

You will be able to buy your ferry tickets to St John’s Island at the terminal of Marina South Pier. Here are the timings for Mondays to Fridays.

As for weekends and public holidays, check out below. 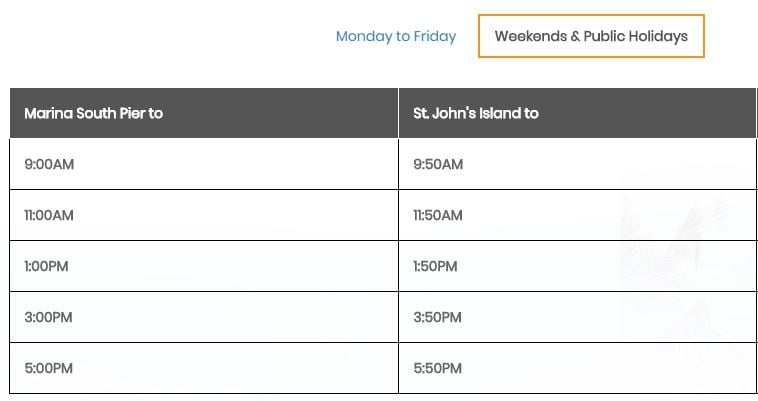 There’s no direct ferry to Lazarus island but you can get there by walking from St John’s Island, which will take about 18 mins, according to Google Maps.

You’re advised not to come after 3pm on weekends.

It may be more difficult to find rubbish bins on the islands, especially on Lazarus Island, noted The Straits Times.

So, it’s best to bring your own bags to collect your rubbish before you dispose of it at the bins on the island or on the mainland. Litter on the beaches can end up in the sea or eaten by the cats.

We hope that everyone will play their part to keep these places clean for the benefit of the environment.