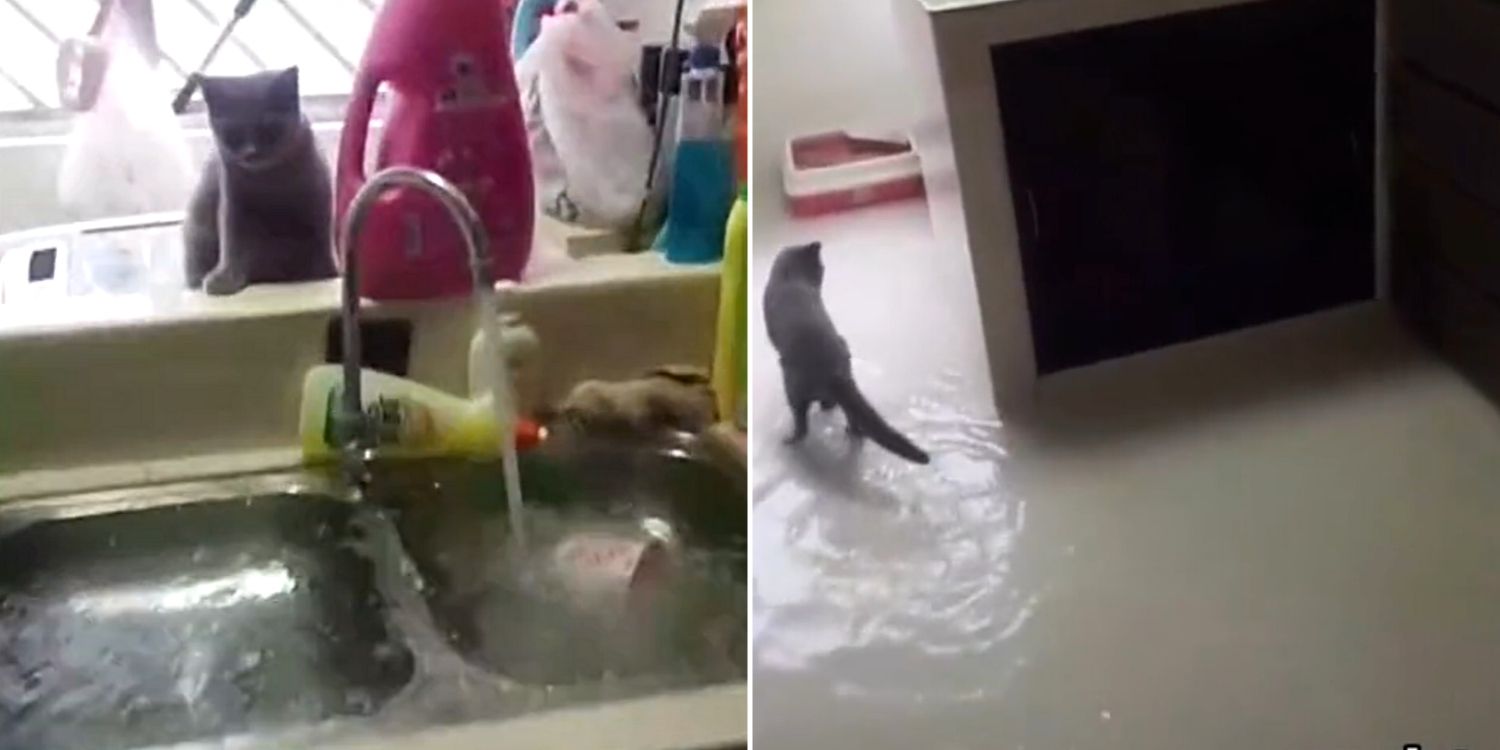 They were enjoying their makeshift swimming pool.

TikTok User Wakes Up To Flooded Home On 2 Occasions

Rude awakenings come in many different forms. Here in Singapore, some folks wake up to construction noises while others jump out of bed at the cries of the infamous Asian Koel.

But it’s not every day that you wake up to a flooded home, and even rarer when it happens twice.

Yet that was what a Singaporean TikTok user had to go through recently.

The culprits? A clowder of Russian Blue cats who had managed to learn how to turn the kitchen tap on. 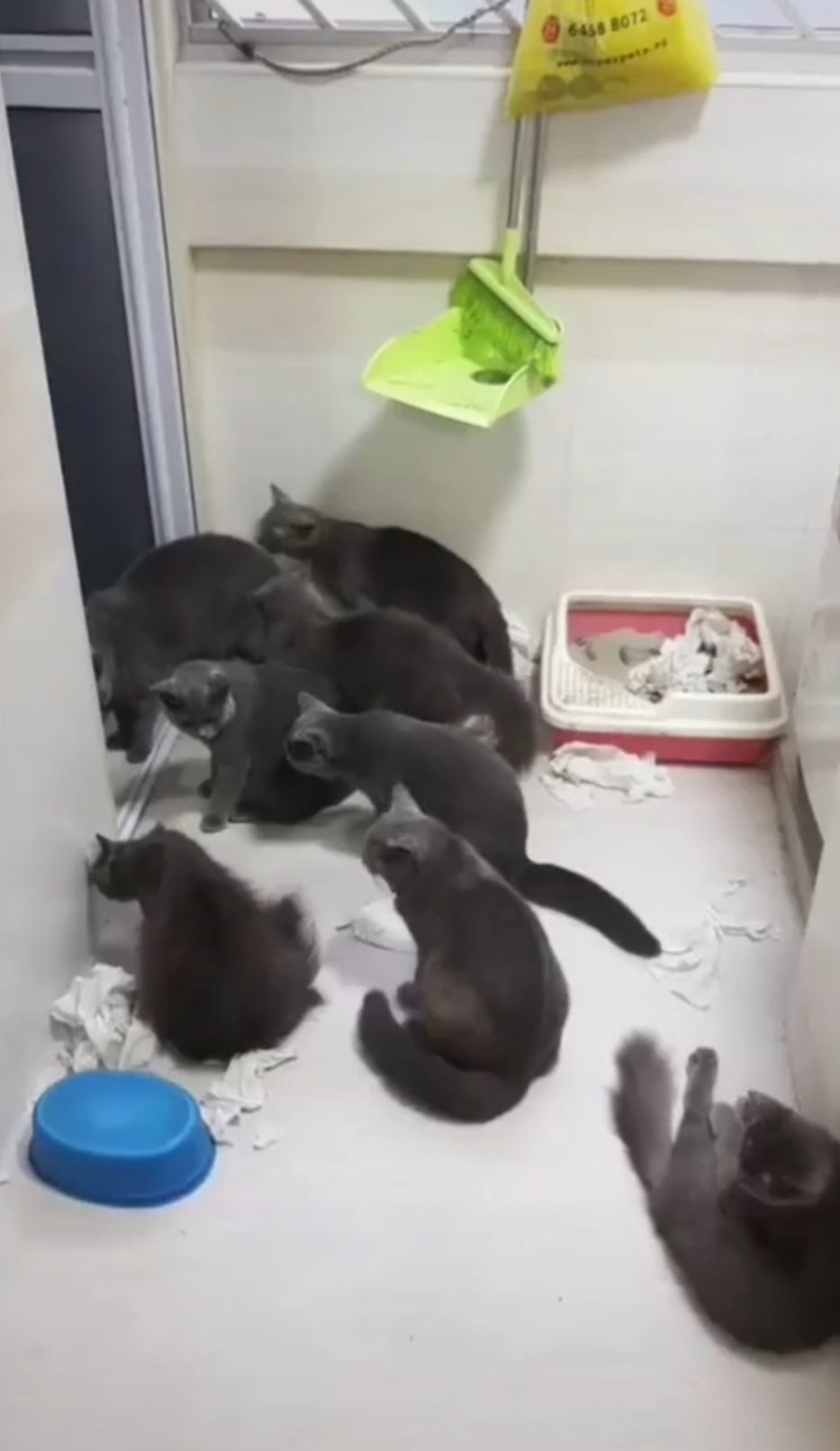 On Wednesday (9 Jun), TikTok user @zul_taylor12 uploaded a video of him waking up to a flooded home on 2 occasions.

In the video, he mentioned that he was just about to head for work when he discovered that his kitchen floor was flooded.

Later in the clip, one of his cats was seen frolicking on the wet kitchen floor, seemingly unaware of its devilish deed.

He also lamented the fact that he now had to take “urgent leave” to clean up the mess.

As though they were stricken with guilt, the other cats congregated on the living room furniture, away from the mess they caused. 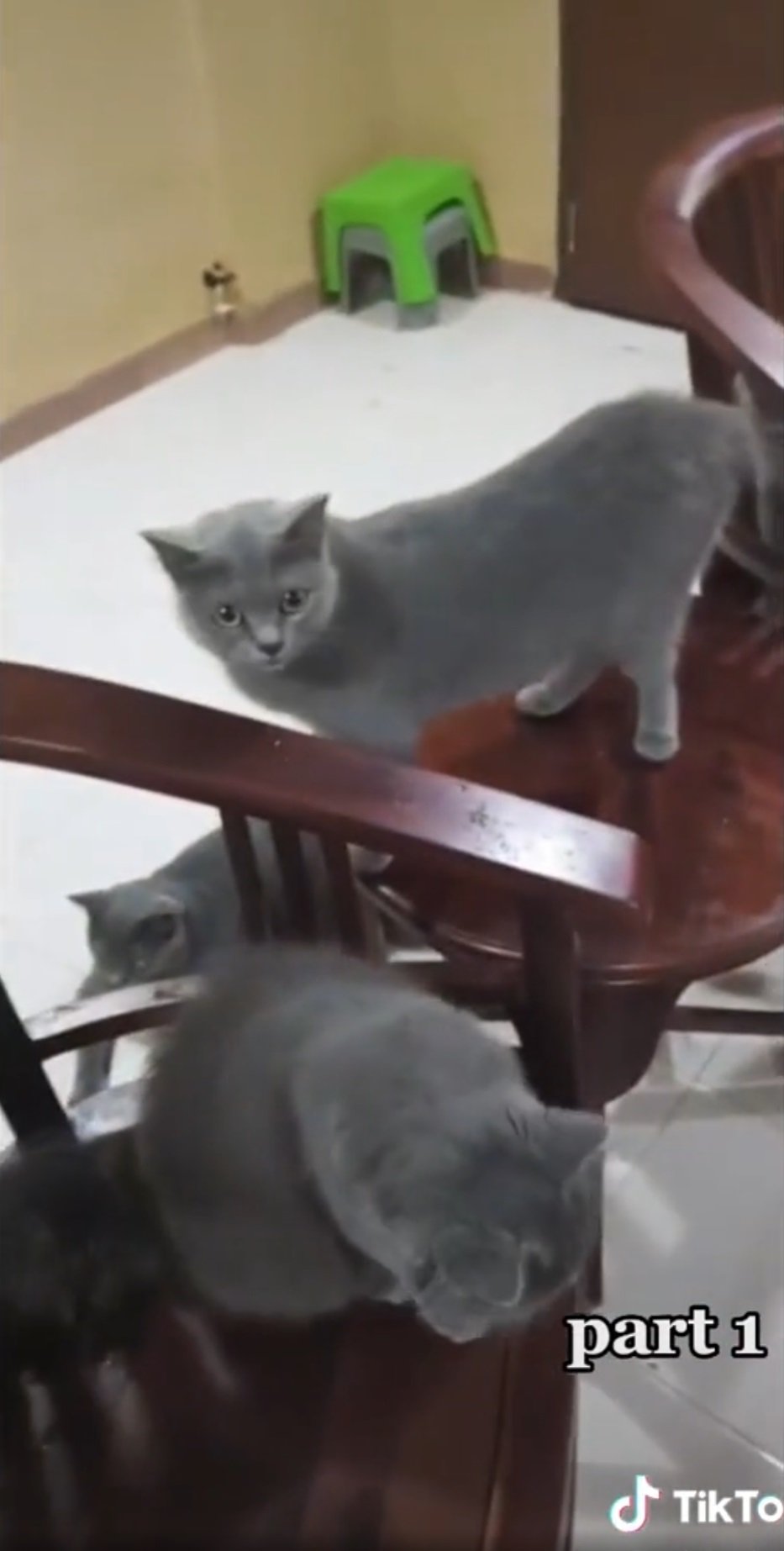 In the 2nd part of the video, the TikTok user said he woke up from a nap on a different day to the sounds of a running tap — almost like a case of déjà vu.

He was apparently puzzled as he knew he was the only one at home at that time.

However, he soon found that his cats had left the tap running again and flooded the home for a second time. 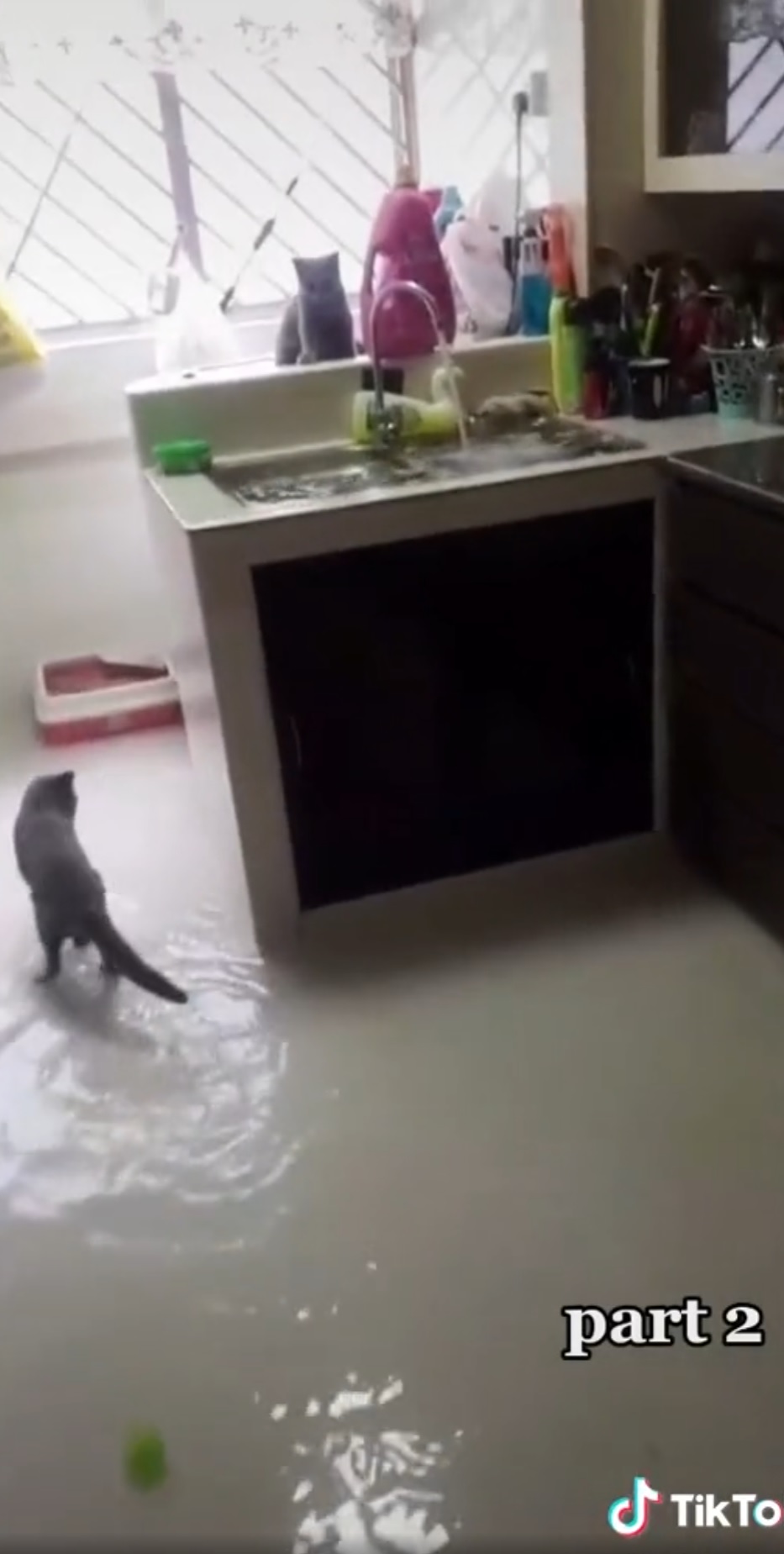 This time around, the cats were unapologetic and watched their owner’s reaction a little more closely, as if it was entertainment for them. 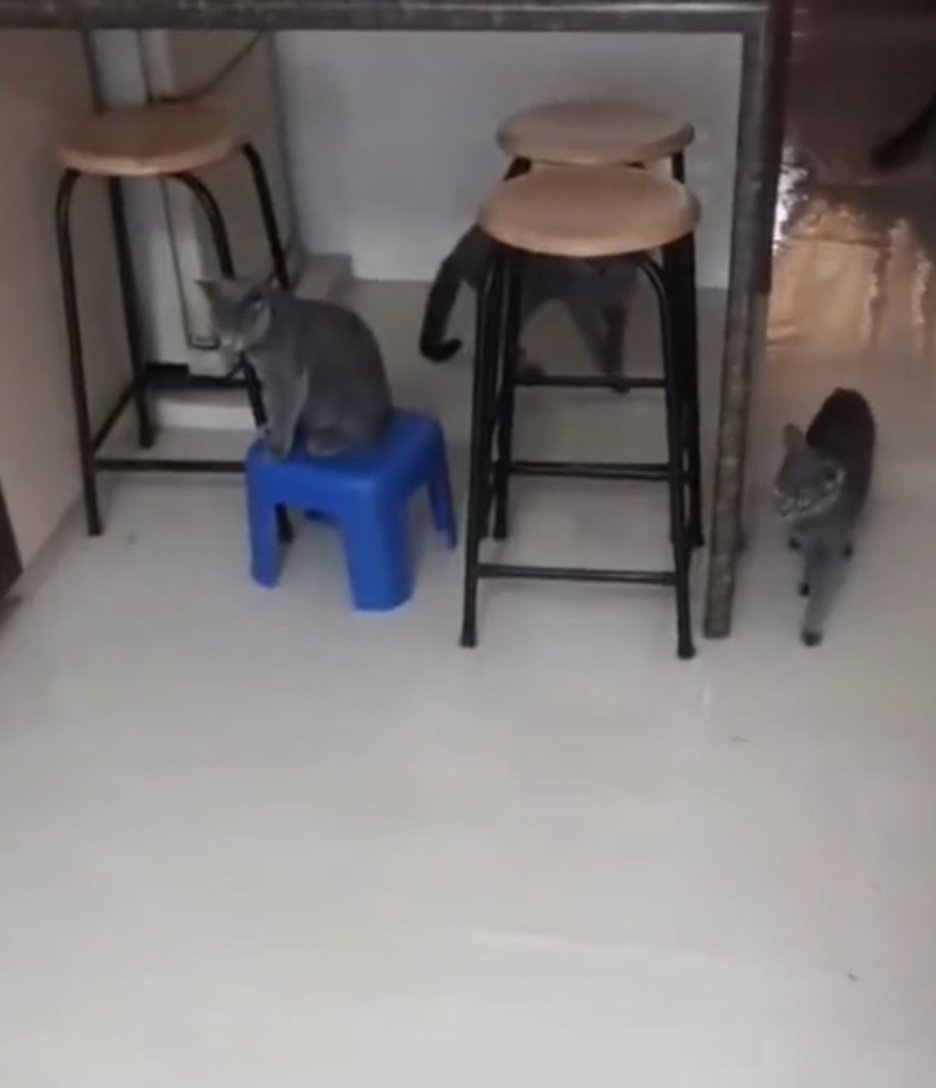 He ended the video in disbelief over how both floods happened when he was alone at home, and wished the cats had flooded the home when his father was around instead.

You can watch the TikTok user’s hilarious reactions here.

Kudos to the TikTok user for finding humour on both occasions.

While waking up to unknown sounds can be scary, we’re glad that this story ended with a bunch of cute cats that were up to no good.

We hope they can find a new outlet for fun and stop making a mess at home.