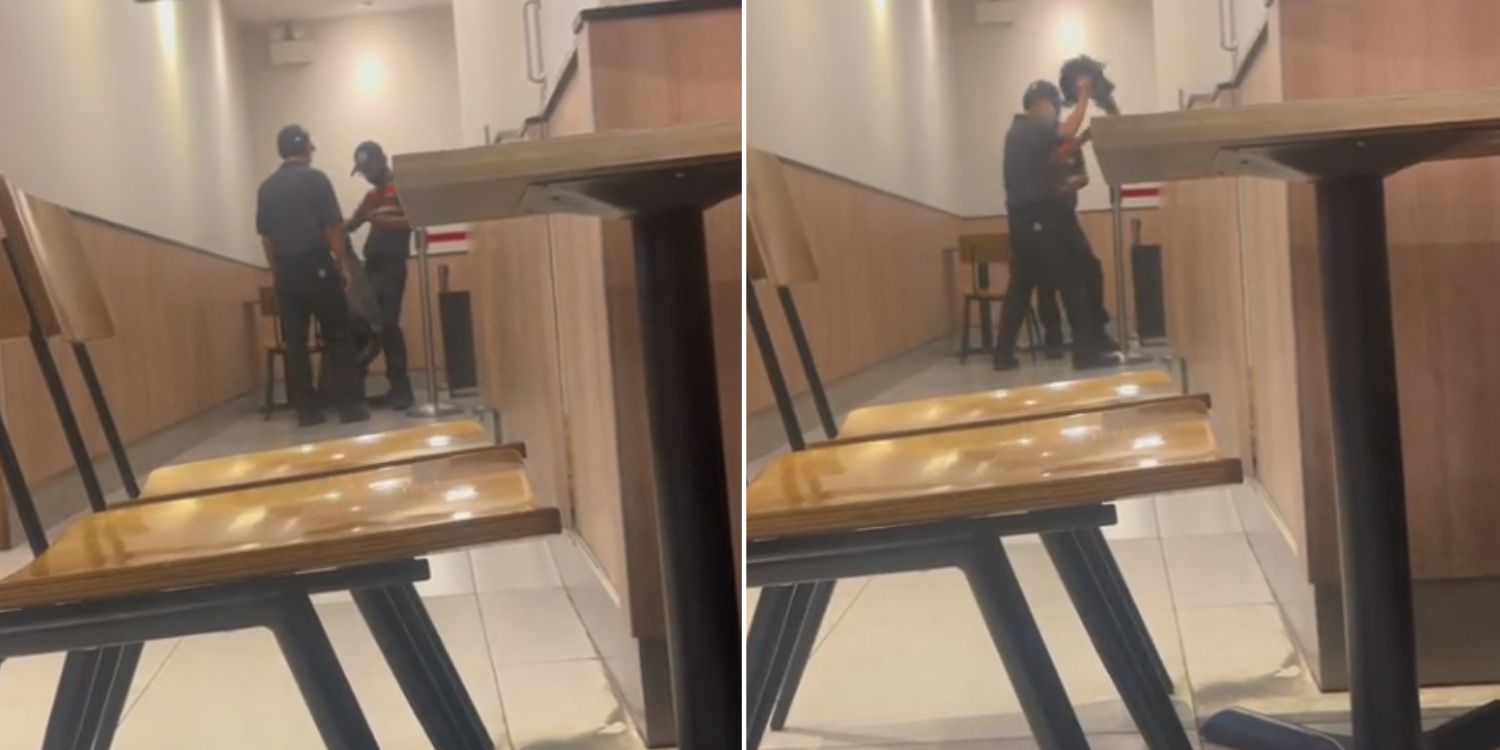 Treating service staff with respect is something many of us as customers know we must do. Unfortunately, they may not always receive the same treatment at the workplace.

That seemed to be the case for an employee at a Burger King (BK) outlet in Chai Chee, who was seen receiving a harsh scolding from a member of staff.

A customer sitting nearby witnessed the incident and filmed it, uploading the clip on TikTok. Viewers took to the comment section in droves, tagging BK Singapore and urging them to take action.

In a TikTok video, a customer at a BK outlet at ESR Bizpark in Chai Chee shared that he had witnessed an unpleasant interaction between two employees at about 10pm on Tuesday (13 Sep) night.

He identified that one of them may have special needs and was the subject of the other employee’s irritation. 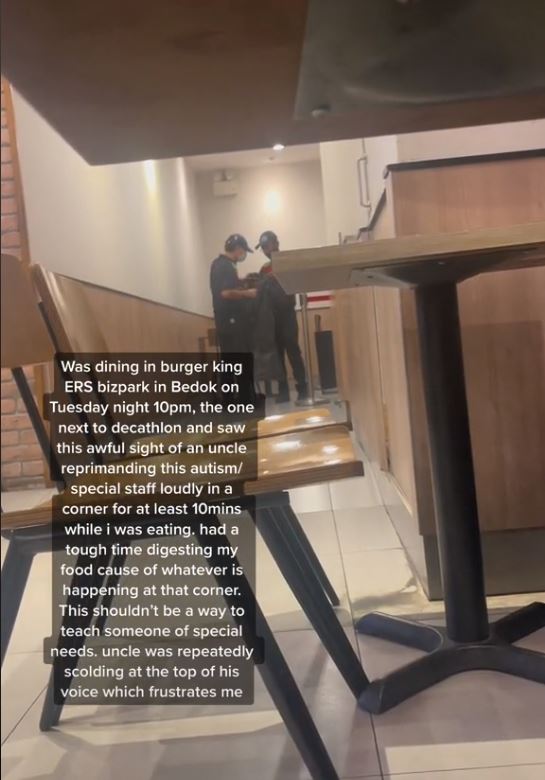 According to him, the senior staff member was reprimanding the younger employee “loudly in a corner for at least 10 minutes” while he was eating.

The senior staff allegedly scolded the employee repeatedly “at the top of his voice”, which frustrated the customer.

Taking pity upon the latter, the OP asserted that it was not the right way to teach someone with special needs.

Manager at the counter allegedly didn’t do anything

Throughout the clip, the senior staff can be heard raising his voice multiple times as he appeared to show the employee how to handle the trash bags.

At one point, the OP claimed that he even gestured as though he wanted to ‘slap’ the younger employee, who was allegedly trembling. The scene, which the OP said had been happening even before he began recording, was apparently so disturbing that he couldn’t enjoy his meal in peace.

Even as the senior staff member berated him, however, the younger employee continued to follow instructions, showing no signs of indignation. 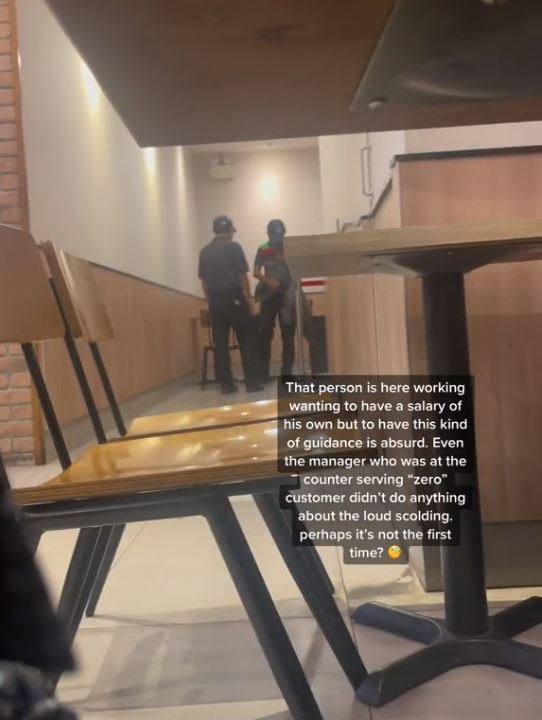 Sadly, nobody stepped in to help. The OP alleged that the manager at the counter didn’t intervene, even though there we no customers to serve. This made him wonder if such an exchange wasn’t rare at the outlet.

Towards the end of the video, the OP expressed his frustration with the senior staff’s treatment of the younger employee.

In what looked like a final fit of anger, the senior employee grabbed a trash bag and hurled it into the bin.

He seemingly gave the younger man a final scolding before gesturing for him to leave. The latter complied silently.

In response to queries from MS News, Burger King said that they are “looking into the matter seriously”.

They emphasised that they do not tolerate such behaviour, which does not reflect the values of their brand. The fast food chain also promised to continue to support its staff.

Hopefully, moving forward, such harsh treatment at the workplace will cease. As the OP said, all staff simply have to learn how to communicate more patiently and respectfully.