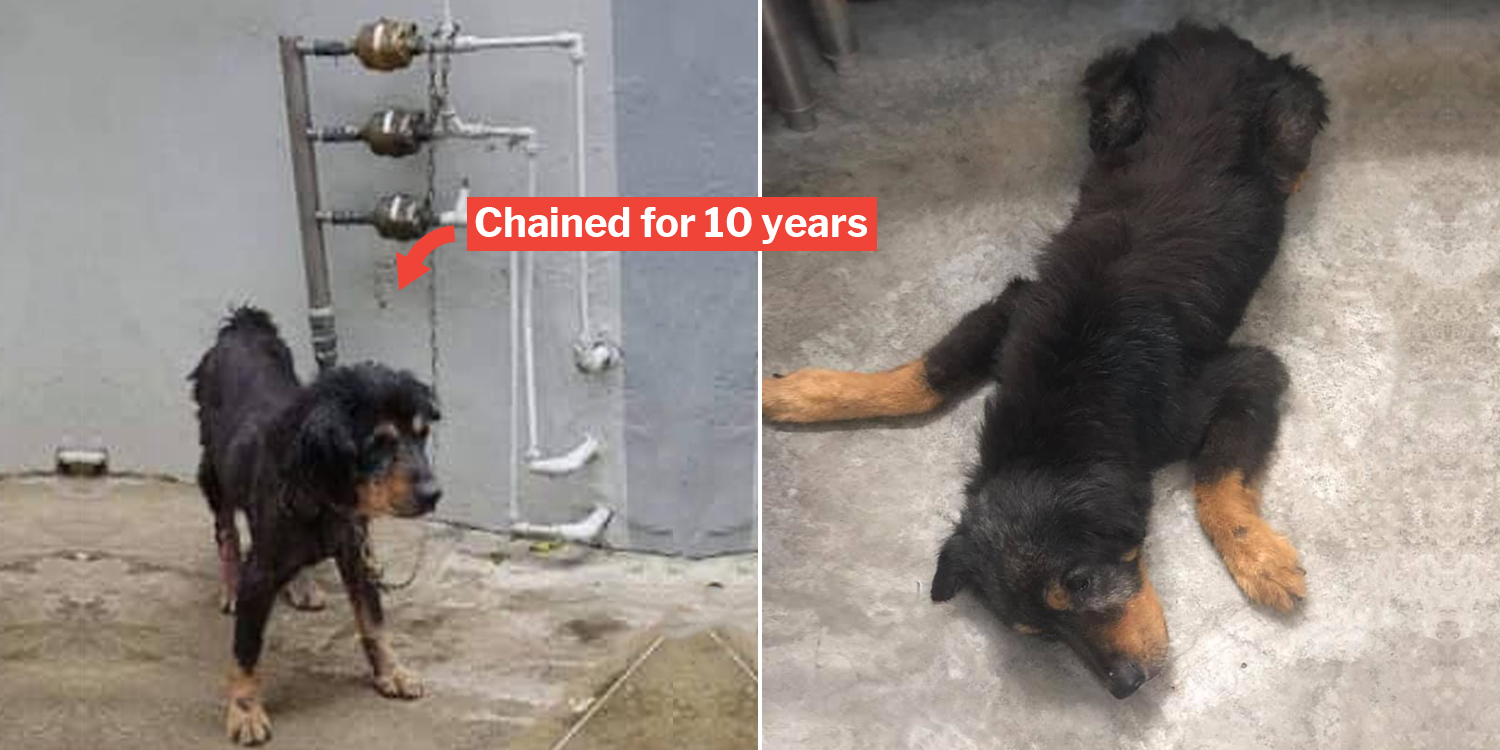 Dog That Was Chained Suffered A Mild Stroke Recently

Update (25 Mar): It was erroneously reported in our initial article dated 13 Mar that Louis is a Rottweiler.

We have since been notified by activists from Chained Dog Awareness in Singapore (CDAS) that Louis is in fact NOT a Rottweiler or a “dying dog”.

We apologise for the misunderstanding and confusion caused.

This article has been updated below.

Imagine being trapped in one place for 10 years.

Sounds depressing? Well, that was the exact predicament that Louis had to go through as a guard dog when he was chained in an alley. 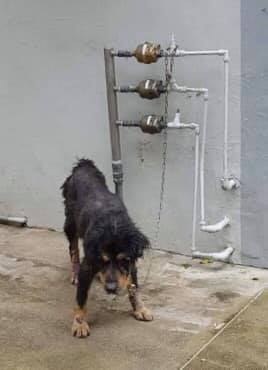 Louis was eventually freed from his shackles but recently suffered a mild stroke while staying with his new owners, who struggled to support him.

Now housed at a boarding facility, activists from CDAS – a dog rescue group – took to Facebook on Sunday (10 Mar), to help find Louis a new home. Chained to pipes for 10 years

According to the post, Louis was formerly a guard dog that had spent 10 years chained to several pipes at the back of an alley. 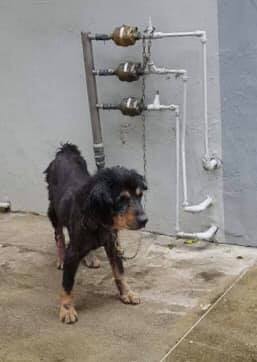 Louis’ owner eventually surrendered him to the AVA, but it was too late.

By then, Louis was already emaciated and looked severely underfed. 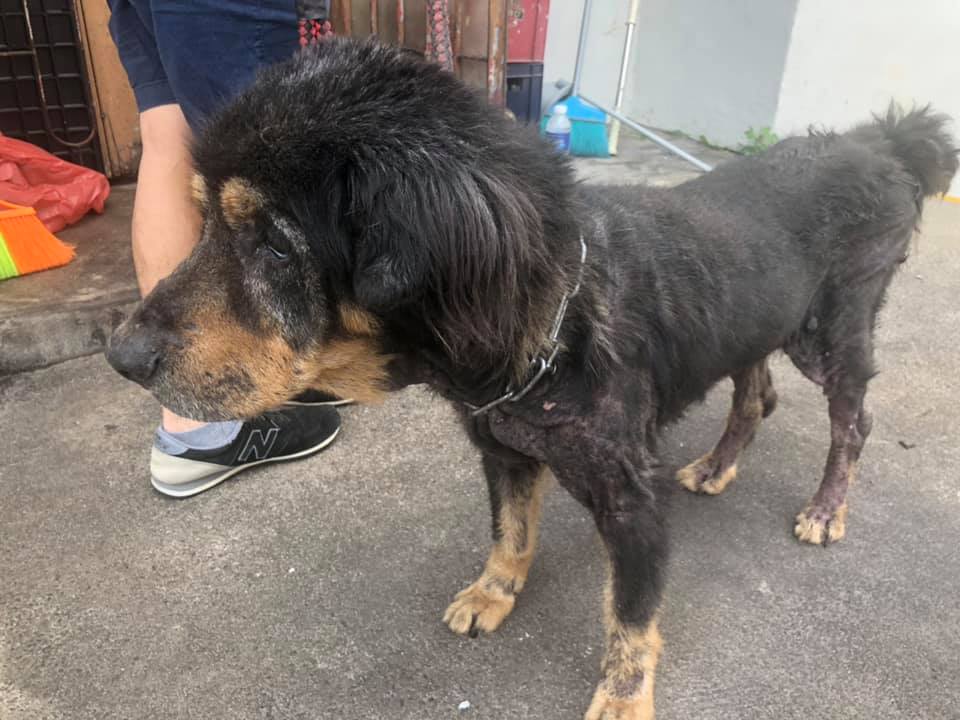 He also had ear and yeast infections, as well as lumps all over his body. 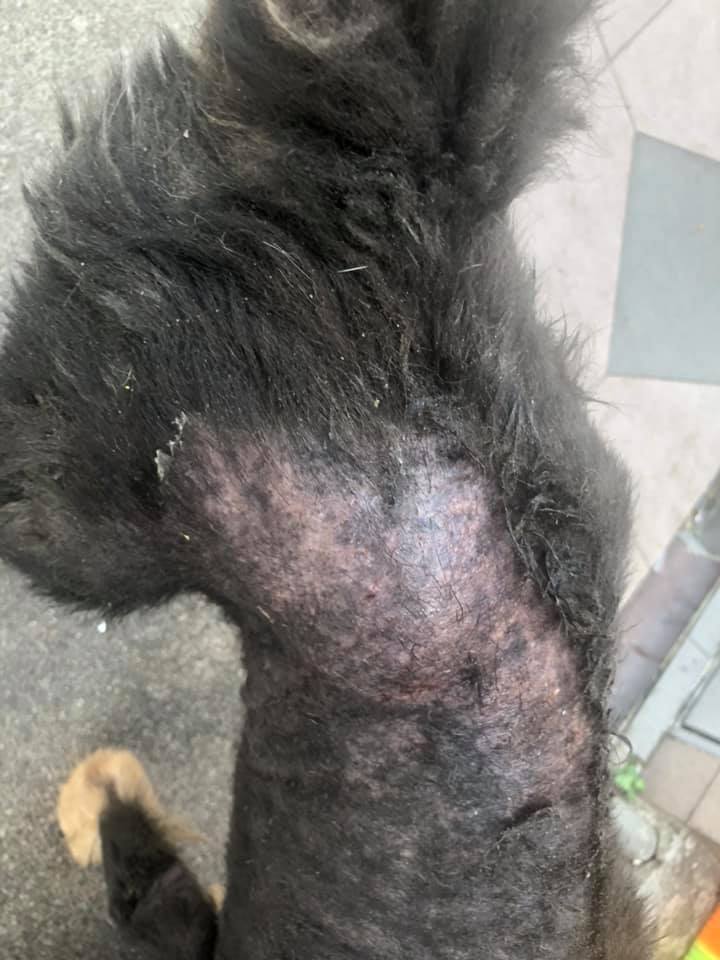 Taken in by 2 fosterers

Upon hearing news of Louis’ state, two fosterers volunteered to take him in.

They soon found that Louis suffered from separation anxiety, and would bark for long periods of time. 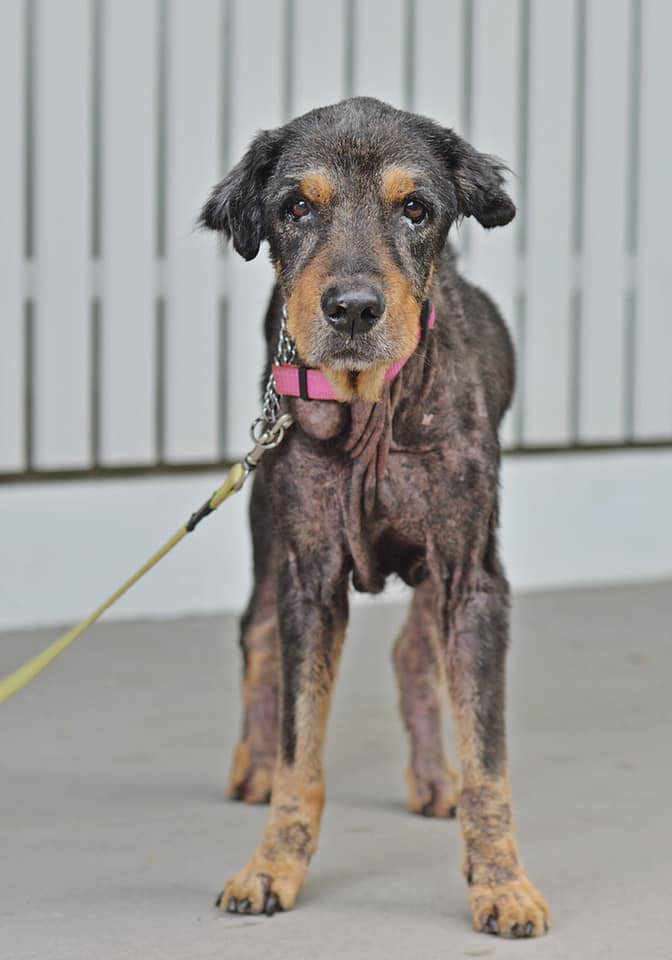 Louis also required long walks, which the fosterers tried to provide initially, but struggled later on due to their busy schedules. 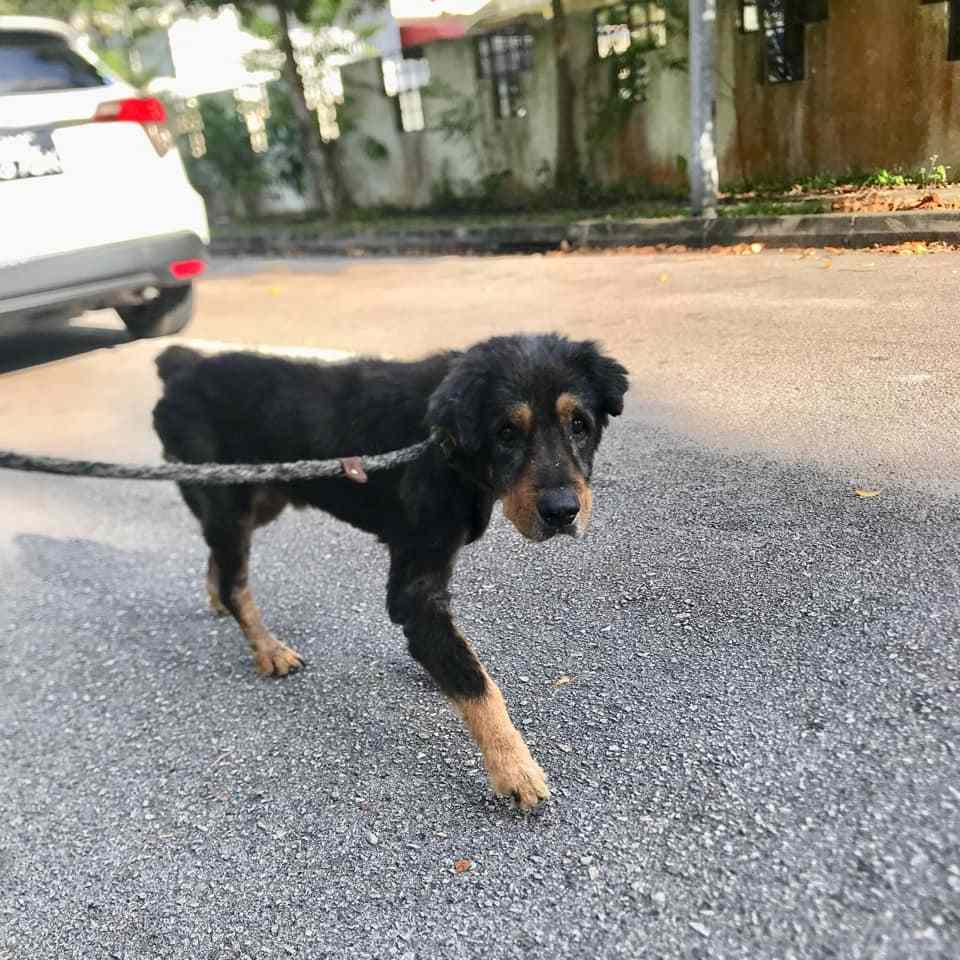 Things took a turn for the worse recently when Louis suffered a mild stroke.

Even though he is back on his feet once again, the fosterers notice that he hardly barks and smiles. Thinking that he ought to spend his remaining days in a more suitable home, they approached CDAS to help Louis find a new family.

Activists at CDAS have also compiled a ‘bucket list’ on Louis’ behalf that they hope his new owners can help to ‘tick off’.

Louis is currently staying at a boarding facility and is not under the care of any fosterers.

Anyone with the means to take care of Louis and help to fulfill his wishes can contact CDAS via Facebook.

We hope someone will adopt Louis soon and provide him with the happy and fulfilling life that he deserves.