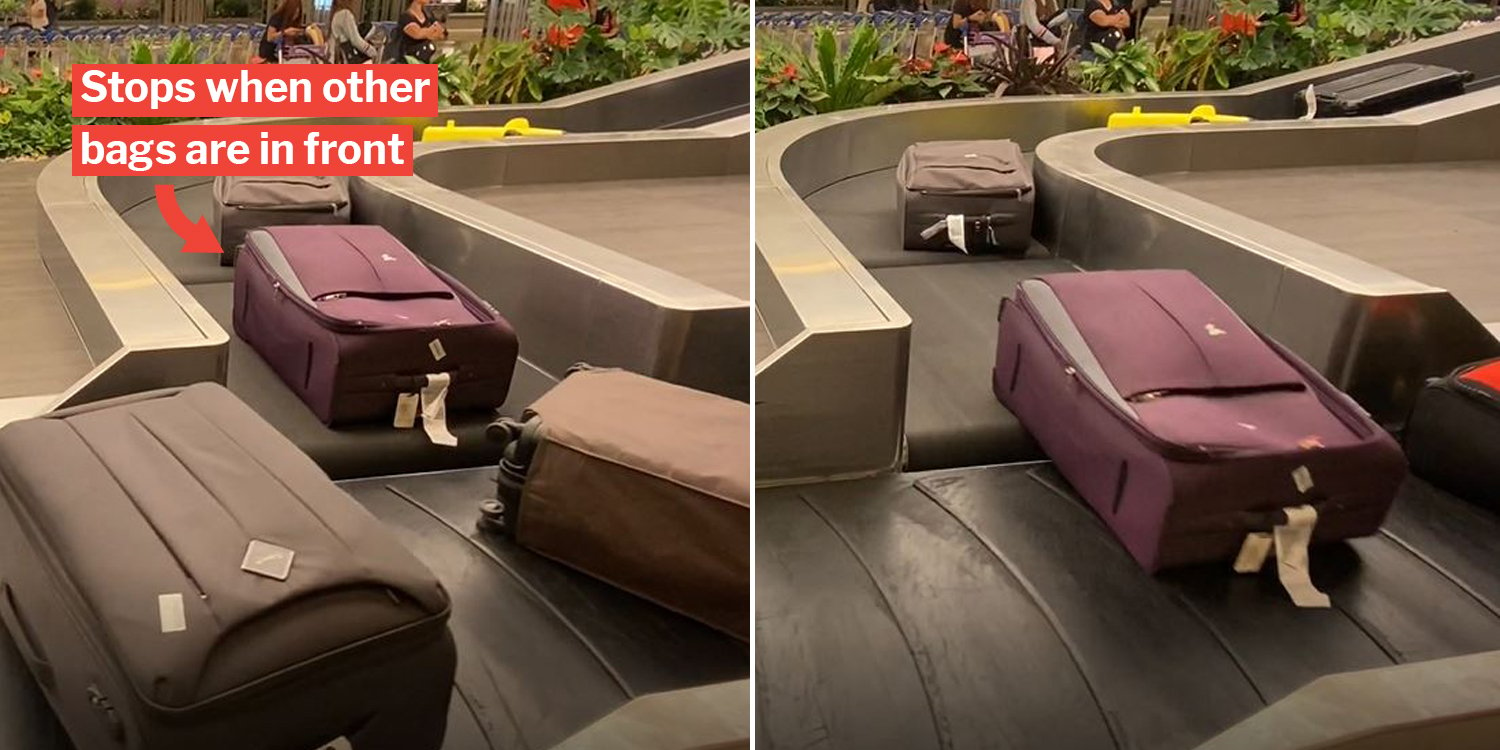 Changi Airport Praised On Reddit For Its ‘Considerate’ Baggage System

Changi Airport is commonly known for its beautiful architecture, recently made evident with the new mall, Jewel Changi Airport.

Its majestic waterfall took the world by storm as international stars like JJ Lin even shot a music video with it in the background.

A few days ago, Changi Airport entered the public eye once again. On Sunday (1 Dec), a video of Changi Airport’s baggage system was uploaded on subreddit r/oddlysatisfying.

Watching the baggage arrive at Singapore’s Changi Airport from oddlysatisfying

What’s so special about the baggage system? You’re about to find out.

In the viral video, you’ll see the conveyor belt working in such a way that luggage entering the main belt will pause if there is another in its path. This makes it so the luggages don’t ram into one another.

Once the video was posted, a multitude of comments started trickling in with Redditors joking about the system being very ‘polite’.

A Redditor jokingly stated that these baggage are “more polite and considerate than people driving.”

This Redditor even mentioned Changi Airport’s features like the butterfly garden and the cinema, making it the “best airport” he’s been to.

This smart baggage technology definitely puts Changi Airport on the top rungs of the industry. As Singaporeans, we are also especially proud.

Kudos to Changi Airport for constantly exceeding our expectations and coming up with features to improve customer experience!