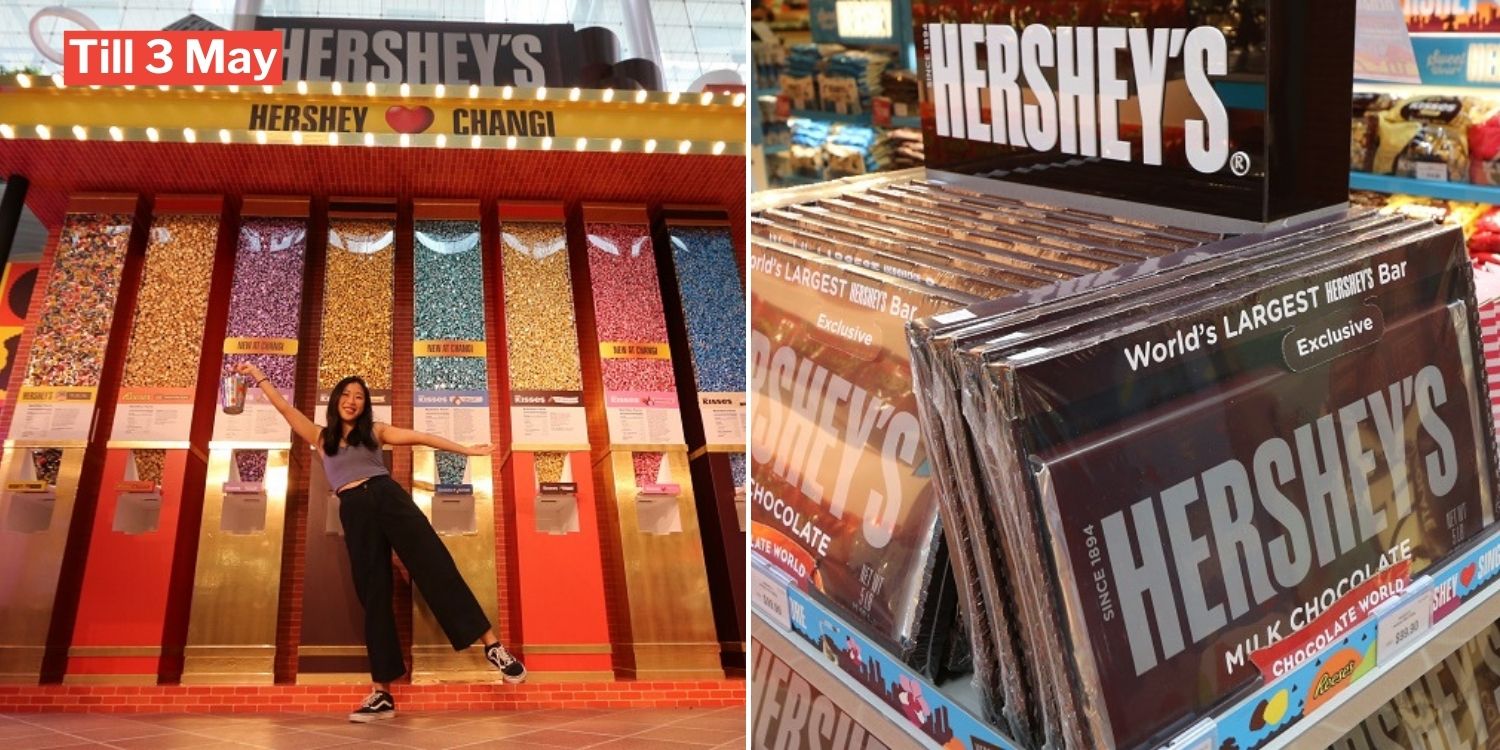 A household brand in many supermarkets, HERSHEY’S remains one of the most popular candy options among sweet-toothed consumers.

Chocoholics will be excited to know that from tomorrow (12 Mar) till 3 May, they can indulge in a giant-sized chocolate world at Changi Airport. 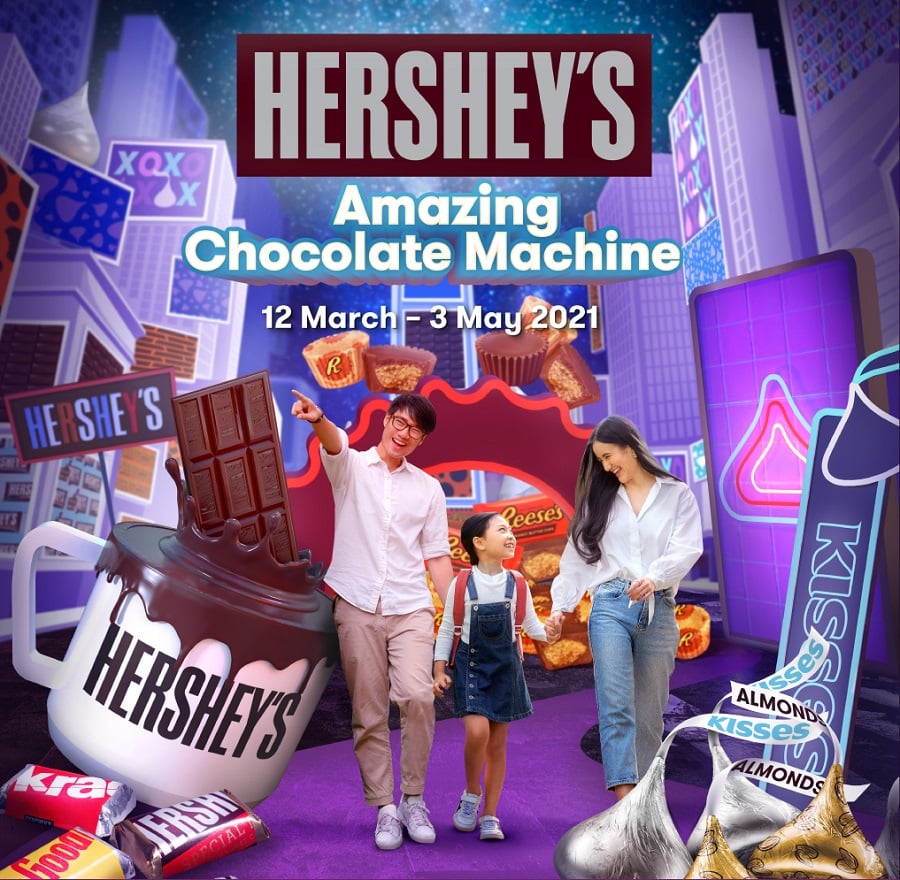 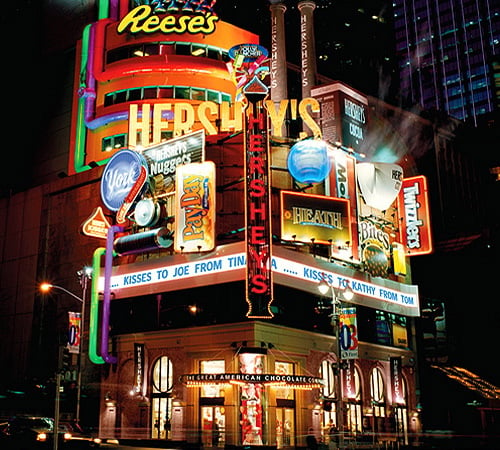 Here, you can get your chocolates from 3m-tall dispensers, featuring 8 classic and newly-launched flavours. 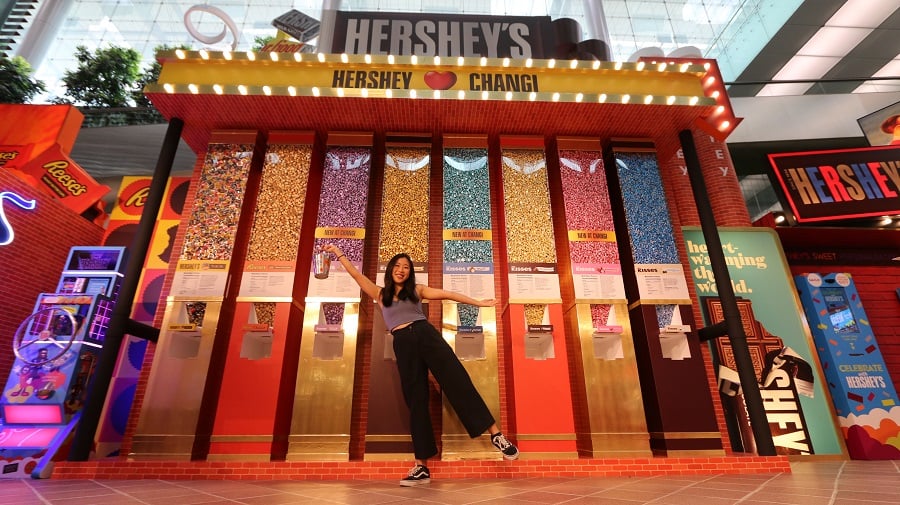 If you’re a fan of the HERSHEY’S KISSES series, you might want to look out for new fillings like Yoghurt, Strawberry and Hazelnut.

More excitingly, you can also personalise a HERSHEY’S Giant Bar with a special message or photo.

Simply proceed to the HERSHEY’S Sweet Personalisation counters, and get your chocoholic friends a gift that’ll make them go, “Aww, so sweet!” That’s not all. In the pop-up store just next door, you’ll see the world’s largest HERSHEY’s Milk Chocolate Bar which weighs more than 2kg. 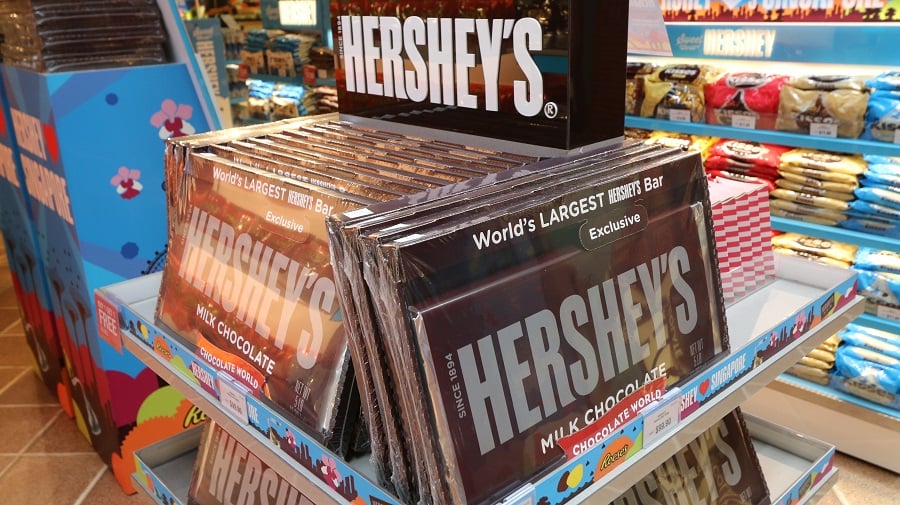 If you think their KISSES are a little smol, the world’s largest HERSHEY’S KISSES Milk Chocolate candy will be just what you need.

Pose for a pic at the HERSHEY’s kitchen

After the sugar high from exploring the giant chocolate world, take a break at this pop-up HERSHEY’s kitchen for photos with the fam. 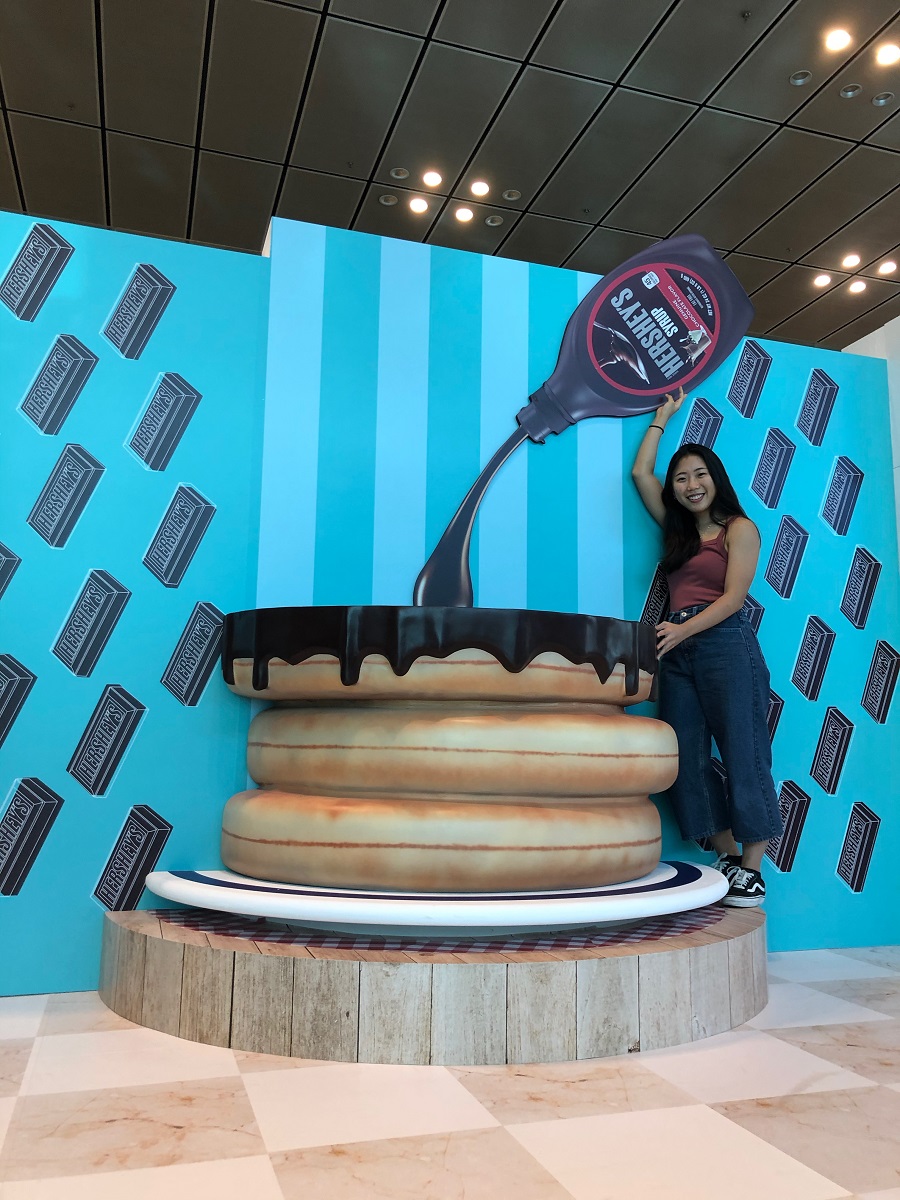 You can pose with a gigantic cup of hot chocolate, or pretend to squeeze chocolate sauce on a jumbo stack of pancakes.

The installation will be at the T3 Departure Hall, right next to the link bridge to Jewel.

Along with your massive candy haul, the photos will make for good souvenirs to remember the family day out by. While visits to airports are usually for travels, you won’t need that excuse to drop by the one at Changi soon.

With the jumbo-sized Broadway-inspired chocolate world, a trip to Changi Airport this March holiday will be a thrilling adventure for the family.