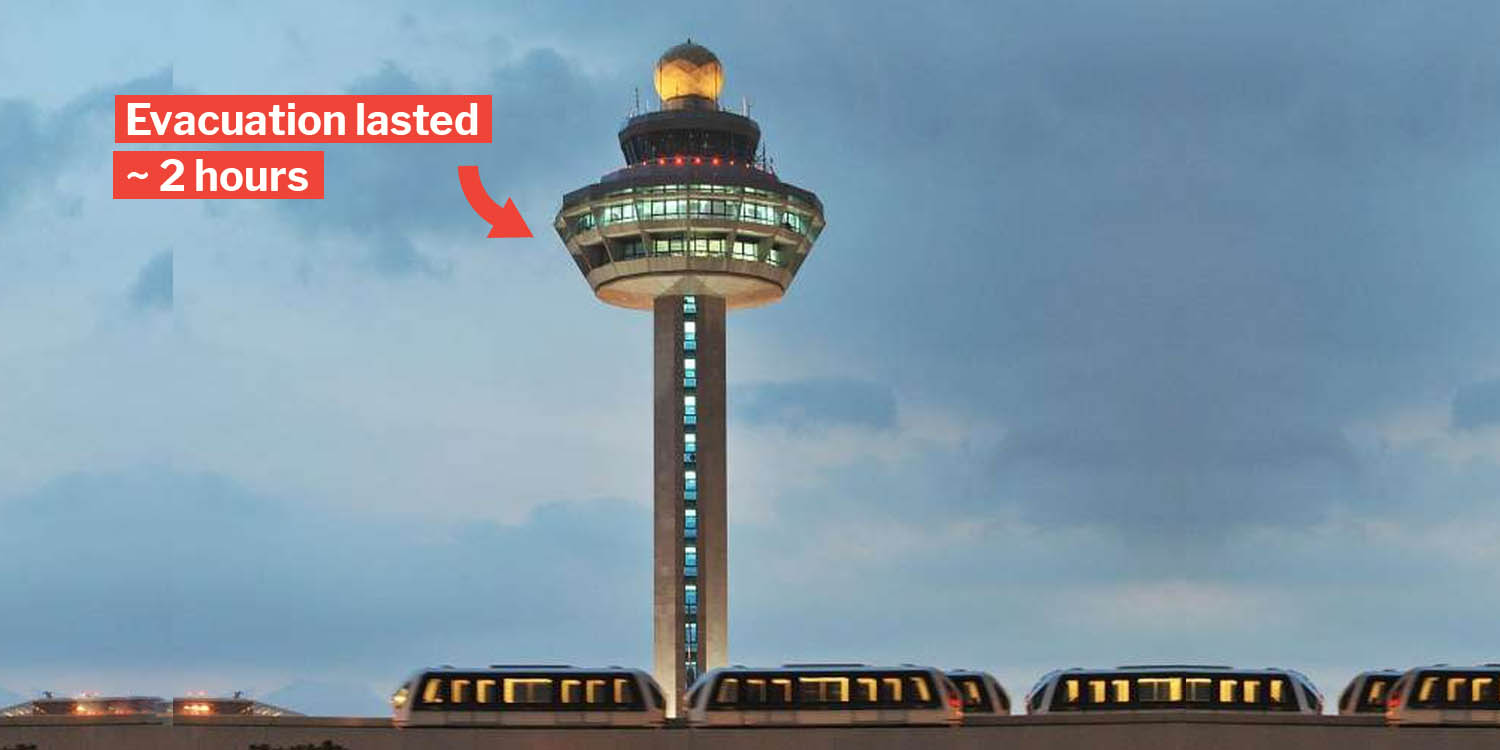 Changi Airport is Singapore’s pride and joy. The multi-billion-dollar establishment is hailed worldwide for its cleanliness, great entertainment and efficiency.

The airport hardly faces any mishaps, but just past midnight on Thursday (23 Jan), the fire alarm in the iconic Changi Control Tower went off, causing the entire building to be evacuated.

The evacuation disrupted operations at the airport, delaying 50 flights and redirecting 9.

According to Channel NewsAsia (CNA), the fire suppression system in the Changi Control Tower was activated “just after midnight” on Thursday (23 Jan).

Staff in the control tower were evacuated and air traffic control services were provided from “back-up positions”.

Authorities are still investigating the cause of the activation, but a spokesperson from CAAS claims “there was no fire”.

Up to 2-hour delay for outgoing flights

Changi Control Tower operations resumed 90 minutes later at around 1.40am.

One passenger shared his flight being redirected to Kuala Lumpur (KL) on Twitter. 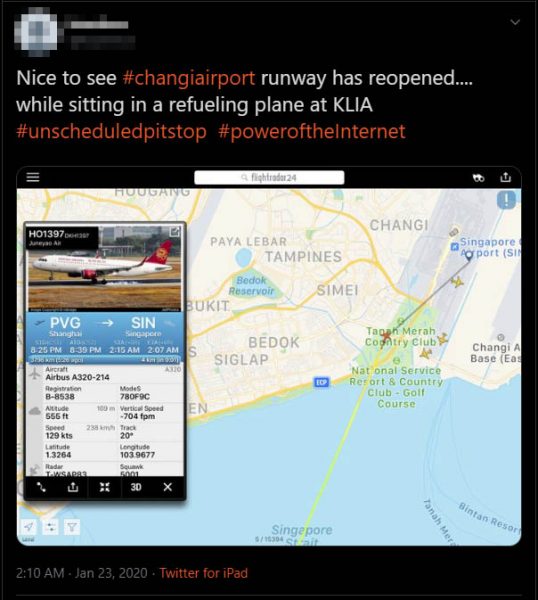 Some passengers seemed to be uninformed about Changi control tower’s evacuation. Confused about the delay, they took to Twitter to voice their concern.

Fortunately, a Twitter account allegedly run but Changi Airport’s staff responded them a gauge of how long the delays would last.

Apparently, arriving flights were given priority to land as the staff feared they would run out of fuel. 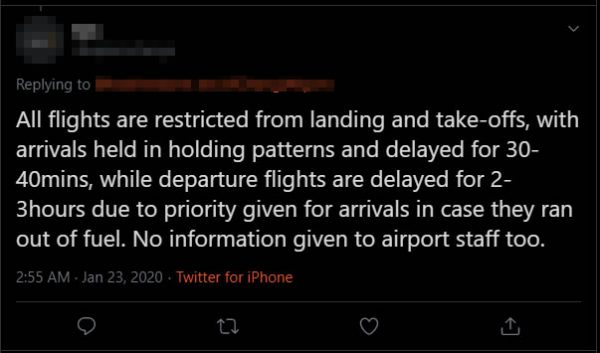 Some grateful passengers commented on Facebook, commending Changi Airport for a job well done in managing the situation.

Most arriving flights were only delayed for around half an hour.

Passengers were grateful that things were running smoothly once again within the hour. 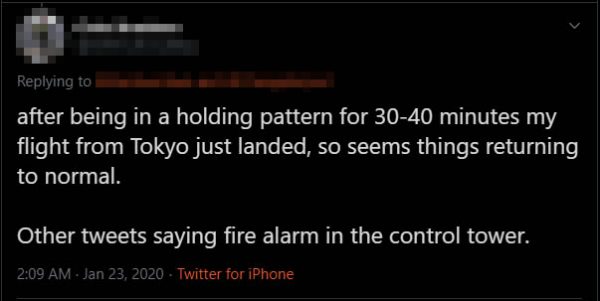 Others, whose flights were redirected to KL, weren’t as lucky. 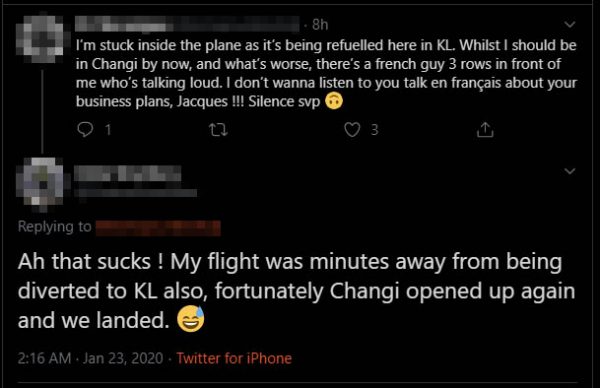 Glad no one harmed throughout the ordeal

Whatever the case, we’re glad that there was no fire in the control tower and no one was harmed throughout the entire ordeal.

Here’s to Changi Airport continuing to keep its staff and patrons safe.