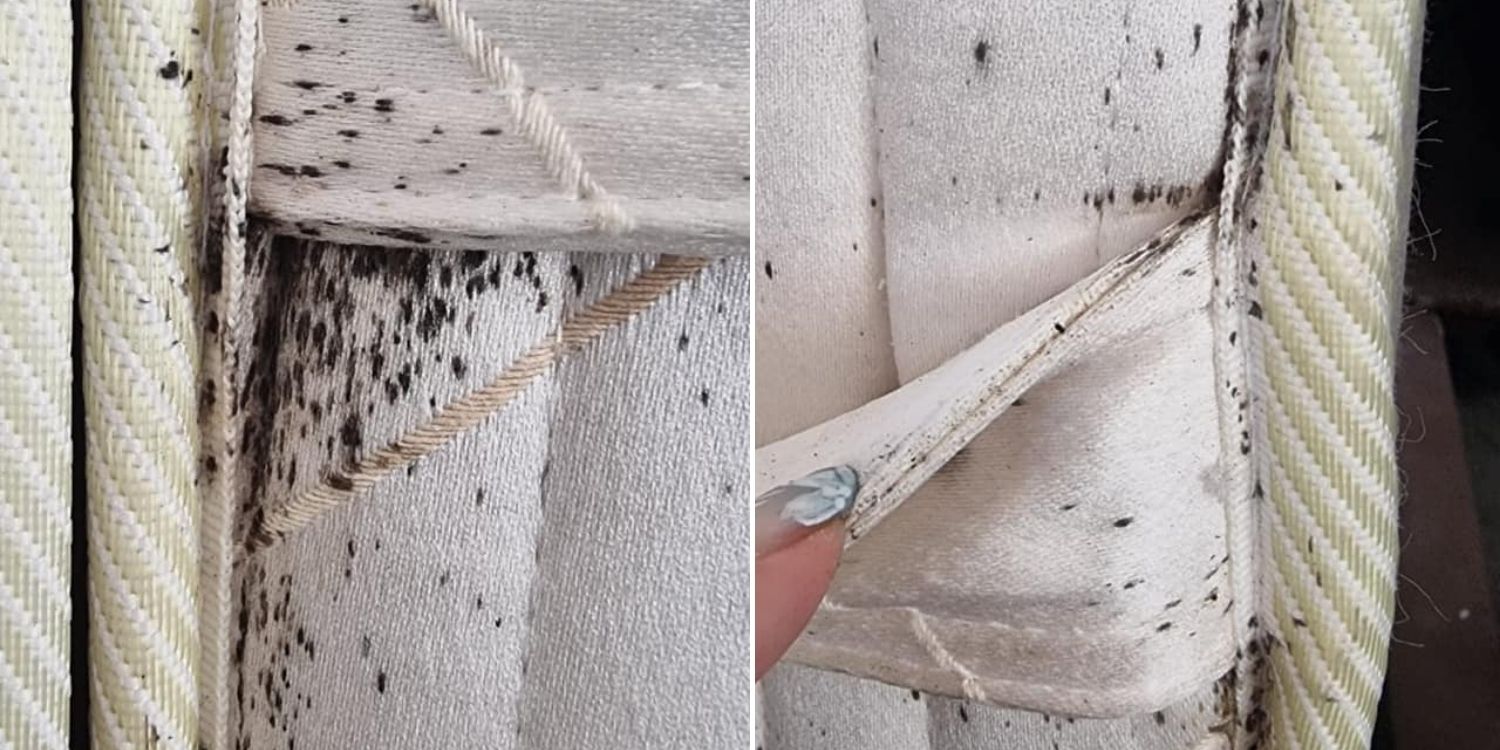 Before the donation, the hotel assured them that the mattresses were in "very good condition".

For charities, receiving donations from the public is always a good thing as every cent will go a long way in improving the lives of others.

Unfortunately, some may use this as an opportunity to dispose of unusable items on their premises.

Local charity Reach Out shared their disappointment on social media after receiving mattresses badly infested with bedbugs from a hotel in Singapore.

Volunteers have since urged donors to be more responsible and donate goods that are at least in decent condition so the less fortunate can use them without issues.

According to Reach Out’s Facebook post on 3 Jun, admin Grace Chuah shared an important public service announcement to people interested in donating to charity. She urged others to stop donating goods that cannot be reused in the name of goodwill. 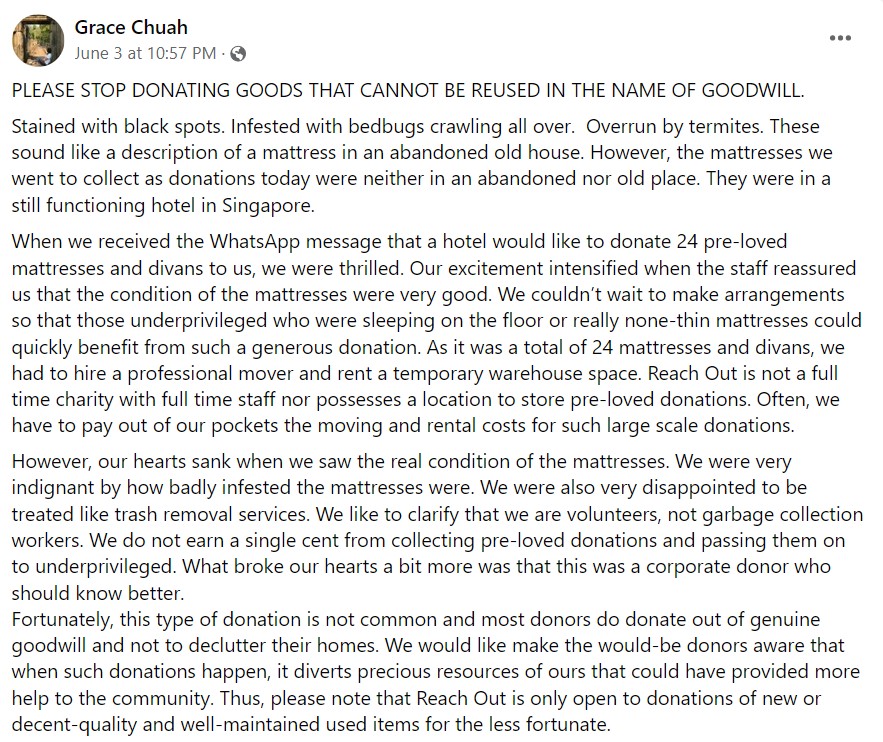 Reach Out had received a WhatsApp message from a hotel saying they would like to donate 24 of their pre-loved mattresses and divans.

Ms Chuah said the hotel also reassured them that the items were in “very good” condition. 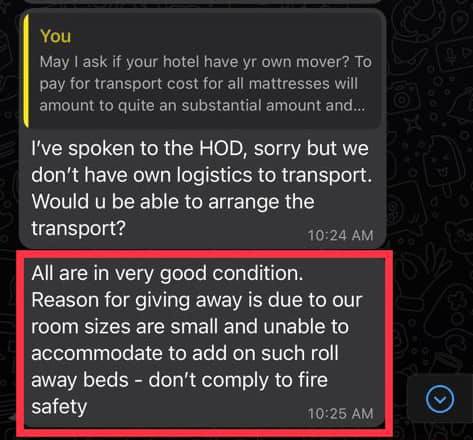 Thrilled by the generous donation, the charity quickly made arrangements to collect the items.

However, Ms Chuah said their hearts sank after receiving them. Upon inspection, they found that the mattresses were severely infested with bedbugs.

Ms Chuah said the mattresses were stained with black spots, infested with bedbugs crawling all over and overrun by termites. One can only imagine the sheer disappointment felt by the volunteers.

She added that they were even more shocked to learn that the donations came from a “still functioning hotel in Singapore” and not from an abandoned or old place.

Charity disappointed to be treated like trash removal services

Adding salt to the wound was the fact that the charity had forked out its own money to cover the moving and rental costs. 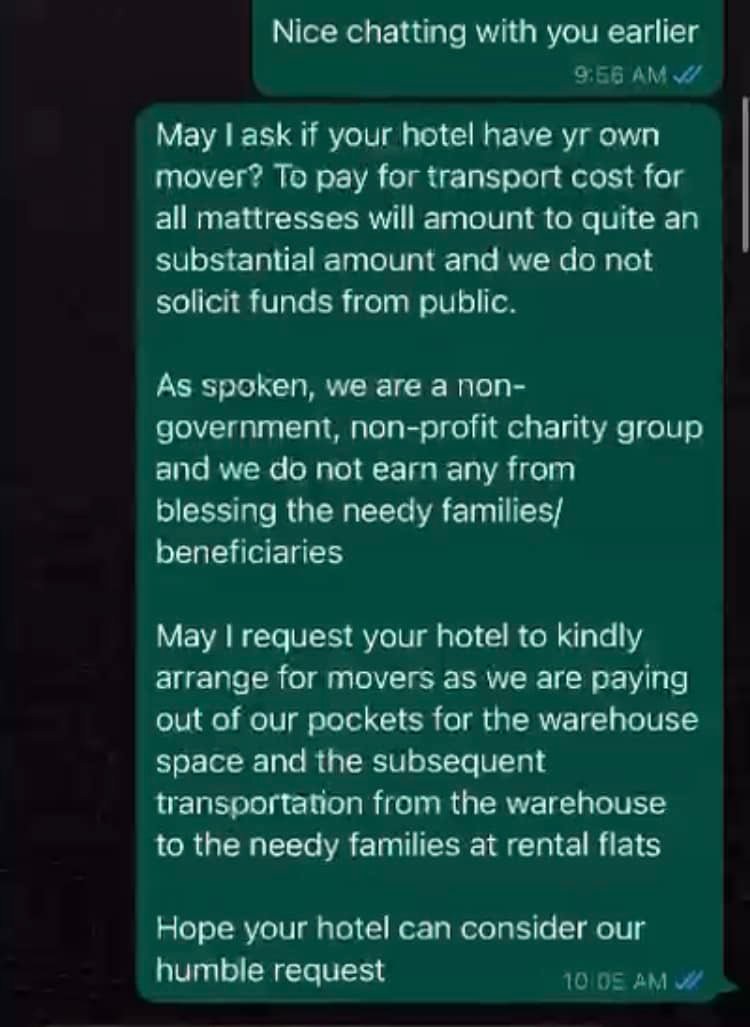 As they are not a full-time charity organisation, they do not have permanent staff or a location to store pre-loved goods. They had to hire a professional mover and temporarily rent a warehouse to store the mattresses.

The volunteers expressed their disappointment in being “treated like trash removal services”.

We are volunteers, not garbage collection workers.

Ms Chuah appealed to the public to “stop donating goods that cannot be reused in the name of goodwill”.

She reminded future donors not to make such irresponsible donations as they unnecessarily take up the charity’s resources, which could have been better placed for the needy.

Reach Out is only open to accepting donations if the items are new or of decent quality, and well-maintained for the less fortunate.

Be considerate when donating

When something sounds too good to be true, it usually is. Sadly, in this case, it came at the expense of a charity that had to use up its precious resources for nothing.

Charities are volunteer organisations that go the extra mile to help those in need, so it isn’t easy to hear donors taking advantage of their efforts.

Here’s a helpful rule of thumb for donating to charities: put yourself in the shoes of others and ask if you would use these items after receiving them.