The service is also markedly better than some other establishments.

Opposition politician Chee Soon Juan surprised Singaporeans when he announced last year that he was opening a café.

Orange & Teal opened to brisk business on 25 Jun 2021, and one year has apparently passed very fast.

MS News had the pleasure of trying out the dishes courtesy of Orange & Teal, and we’re pleased to report that they’ve really stepped up their gastronomic game.

Describing how the chief of the Singapore Democratic Party (SDP) came to be in the F&B business, Dr Chee said it was a “leap into the unknown”.

However, Orange & Teal was actually formed out of the party’s desire to set up a café and a place for people to come together. 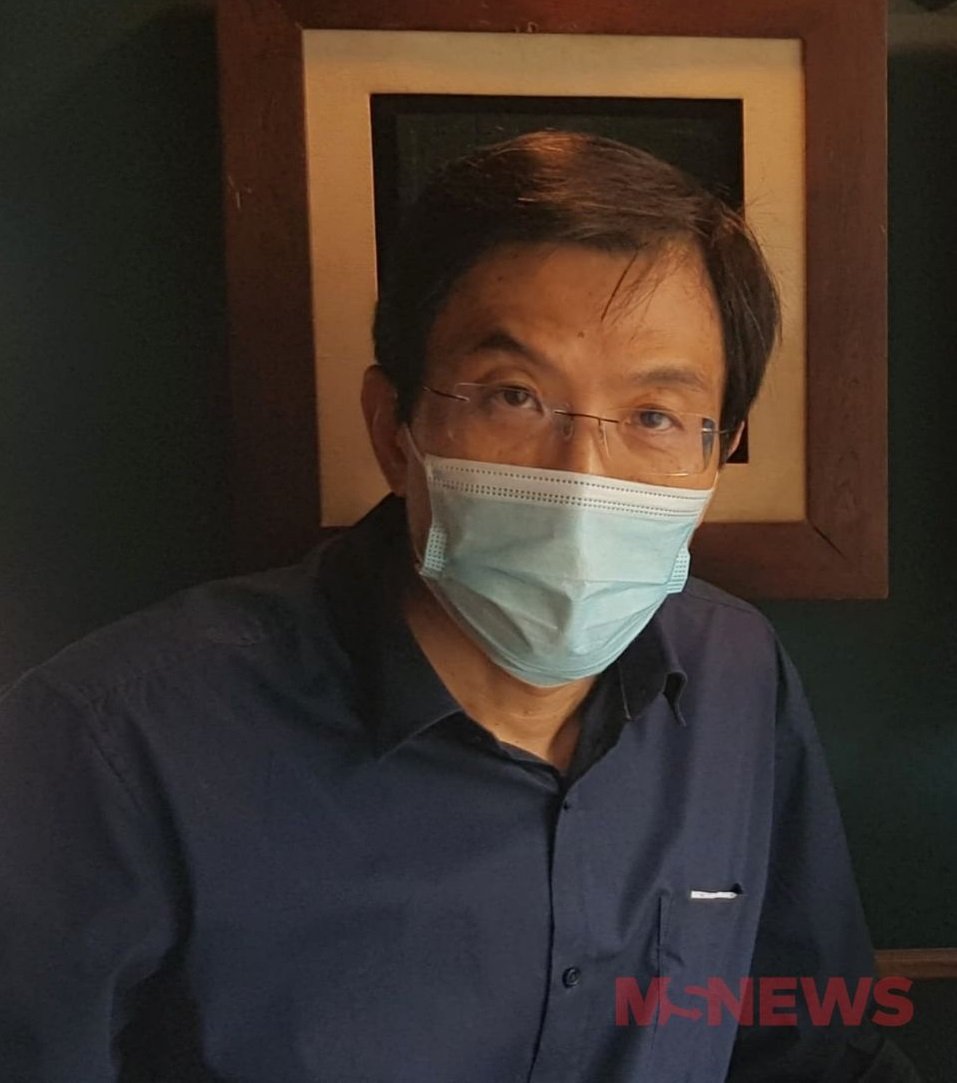 Interestingly, he saw the café as more of a Starbucks kind of place, serving just drinks and maybe cake.

However, people started asking for more kinds of food. Then, customers wanted wine to go with that food, and he “couldn’t say no”.

Saying that the F&B industry is “no joke”, Dr Chee also said people wouldn’t know how tough it is until they do it themselves.

As for the new menu from Dr Chee Soon Juan, one of the stars is their Greek-style lamb shank, served with Mediterranean rice and seasonal vegetables.

The version we had had such tender meat that it fell off the bone easily as we sank our knife into it. 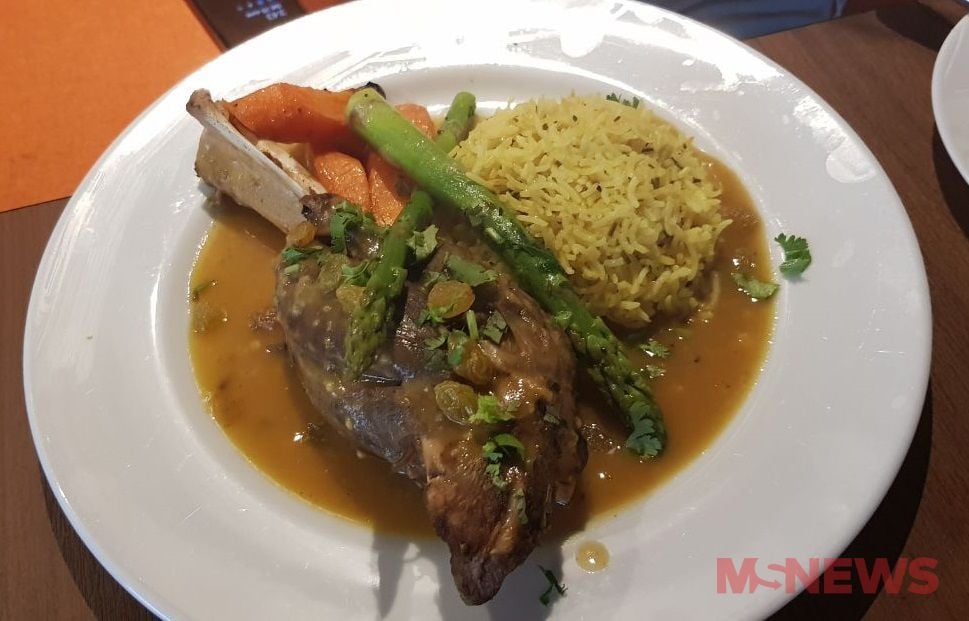 Another dish destined to steal the show is their O&T Burger. Diners will love the thick, juicy slab of beef between seeded buns.

As an aside, Dr Chee mentioned that a customer said the patty tasted like durian, when the King Of Fruits isn’t present in the dish. He could’ve been tasting caramelised onions, which are included in the burger along with lettuce, tomato and melted cheese.

Another delicacy that beef-eaters won’t be able to resist is the Slow-braised Beef Cheeks, which has an impossibly soft piece of beef at its heart. If you’re at the café over a weekend, be sure to try their new Eggs Benedict for brunch.

It consists of poached eggs with Hollandaise sauce and turkey ham on muffins.

We cut open the eggs to let the pleasingly gooey yolk ooze out to confirm that it’s the perfect accompaniment to a lazy weekend.

Those who prefer white meat will savour the Honey Mustard Grilled Chicken Chop. Like all the meats here, it was succulent but also had a slightly crispy skin.

What won the day for us was its delicious sweet-sour honey mustard sauce that wasn’t overwhelming and unique enough to bring us back again. 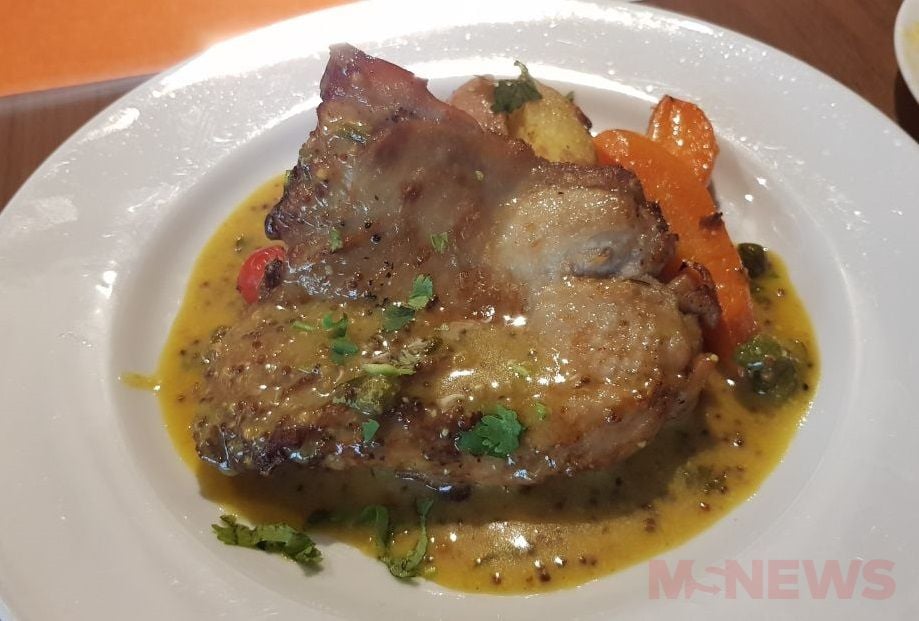 When it comes to desserts, they’re usually tough to screw up. Nevertheless, it’s also difficult to make something really memorable, given all the options out there.

Orange & Teal has had a decent selection of cakes for one year, but now they’ve upped the ante with their new Waffles’ n’ Everything.

It features a not-too-big-sized waffle with ice cream and strawberries. The usual dessert condiments like chocolate sauce, almond and coconut shavings were drizzled on top, with blueberries to the side. Ours were intricately cut to look like roses — a small but nice touch. Having the waffle at a smaller size than usual actually makes it a perfect match for the ice cream, in terms of portion. This avoids the problem of having too much waffle and not enough ice cream.

The waffle was also satisfyingly crispy without air pockets.

Frequent diners usually say that good service is hard to find in Singapore as they bemoan unknowledgeable servers and slipshod service.

It was probably tougher for Dr Chee to find good help due to his opposition leanings, something he revealed last year.

However, we can’t help but note that his problems are now over, as the service standard at Orange & Teal is markedly better than some other F&B establishments we’ve visited.

He’s managed to find knowledgeable, friendly and capable people to run the café with no slip-ups at all.

Kudos to the wait staff — we think Dr Chee can rest assured that the place is in good hands when he’s not around.

Chee Soon Juan’s new menu should be a hit

When Dr Chee first envisioned Orange & Teal, it may have simply been a gathering place with no aspirations of impeccable food and service.

However, as he marks one successful year, it’s pretty obvious that the café has kicked its F&B game up a notch, and his new menu should be a hit.

We can truly say now that it stands shoulder-to-shoulder with many favourite restaurants in Singapore.

Though they aim to be a place “where the conversation’s even better”, we think many people will be too busy stuffing themselves with mouth-watering morsels of food to converse.