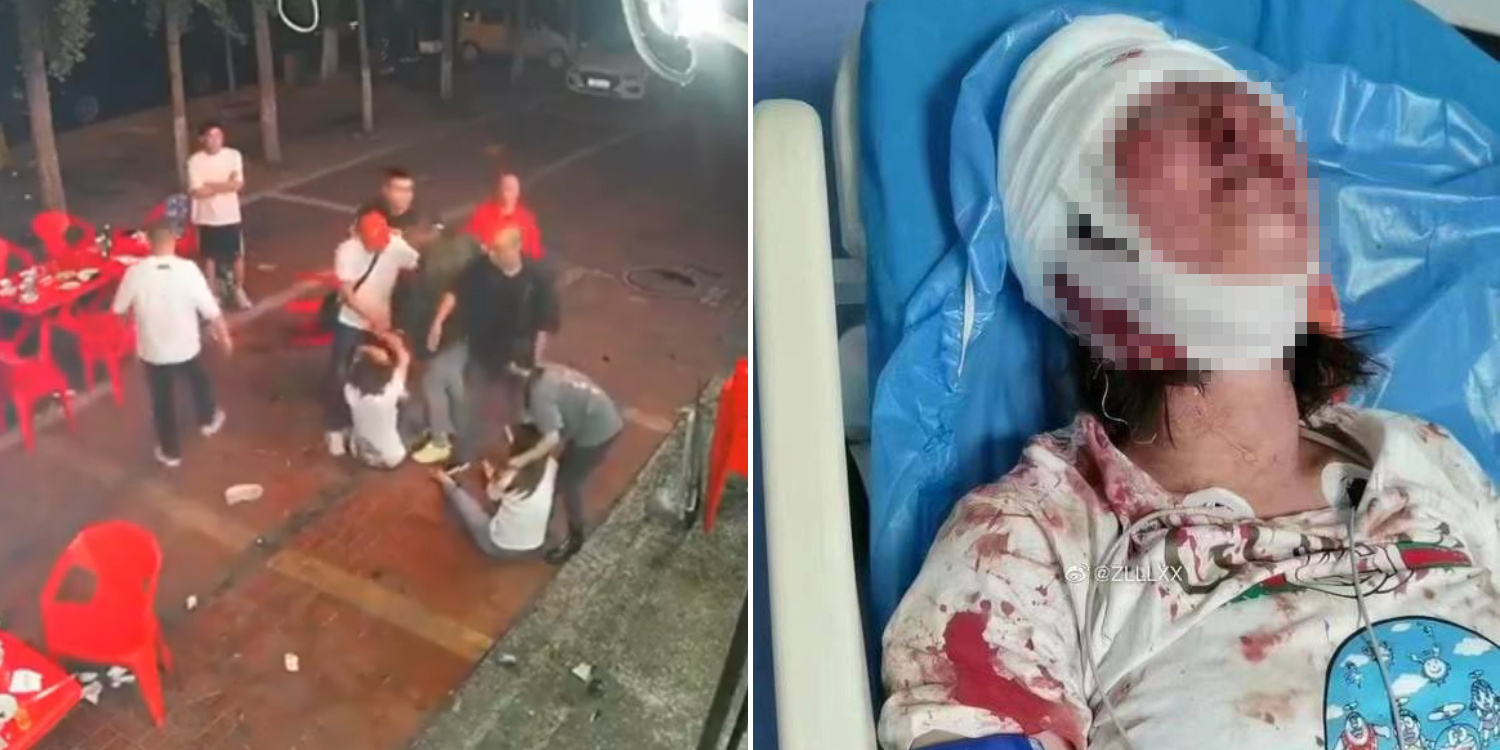 The shocking assault took place after one of the women had rebuffed a man's advances.

It’s difficult enough to deal with unwanted romantic advances. But things took a horrifying turn for several women in China when one of them tried to reject a man.

Recently, a video showing a group of men beating up women outside a restaurant in China went viral and sparked outrage.

5 men in Tangshan (唐山), Hebei province, brutally assaulted a woman in a restaurant after she turned down unwanted attention from one of them. The woman suffered serious injuries, and the attack has sparked furious demands to address misogyny in China.

The assault reportedly happened in Tangshan, a city in the Hebei province. Two women were sent to the hospital, and police have since detained nine suspects for the brutal attack.

Netizens are now calling for swifter action against gender-based violence in the country.

On Friday (10 Jun), surveillance footage from a barbecue restaurant in Tangshan captured a shocking assault that landed two women in the hospital.

Disturbing videos show a man walking up to a female diner, who is eating with a group of friends, and placing his hand on her back. She responds by grabbing his wrist and pushing his hand away, clearly not appreciating the attention.

A heated-looking conversation ensues, and when she rebuffs him a second time, things turn violent.

The man slaps her, and a full-on brawl ensues as a group of other men rush in and drag her outside.

When her friends try to stop the fight, they get beaten up as well.

The vicious attack continues outside with the men punching, kicking, and pulling the hair of the women as they lay on the ground.

The video, along with photos of one of the victims with a bandaged head and bloodied face, quickly went viral, sparking an outcry over misogyny and women’s safety in China.

According to CNN, Tangshan police later confirmed that two women were hospitalised and are in stable condition. Two other women sustained minor injuries.

Nine people, including seven men and two women, are in custody as of Saturday (11 Jun) afternoon. Investigations are currently ongoing.

Reuters reports that the incident became one of the most discussed topics on Chinese social media platforms. Netizens condemned the attack and pointed out how rampant violence is against women in the country.

The Guardian also shared a statement by China Women’s News as published by the All-China Women’s Federation, which says,

There can only, and must only, be zero tolerance for such vicious cases of serious violations of women’s rights and interests.

According to the South China Morning News (SCMP), Hebei-based charity organisation Yidong Yanzhao has offered legal and medical aid to the victims.

It will also launch a fund to reward those who helped the victims at the restaurant.

No one deserves to be treated this way

Rejecting the advances of someone you’re not interested in shouldn’t have to result in such a barbaric display. Sadly, this is far from an isolated case and is a problem that happens all over the world.

MS News wishes the victims a smooth recovery, and we hope the perpetrators will get the punishment they deserve.

We also hope this event leads to more fruitful discussions about women’s rights and positive changes in the country.

No one should be subjected to such violent behaviour when all they did was go out for a simple meal with friends.