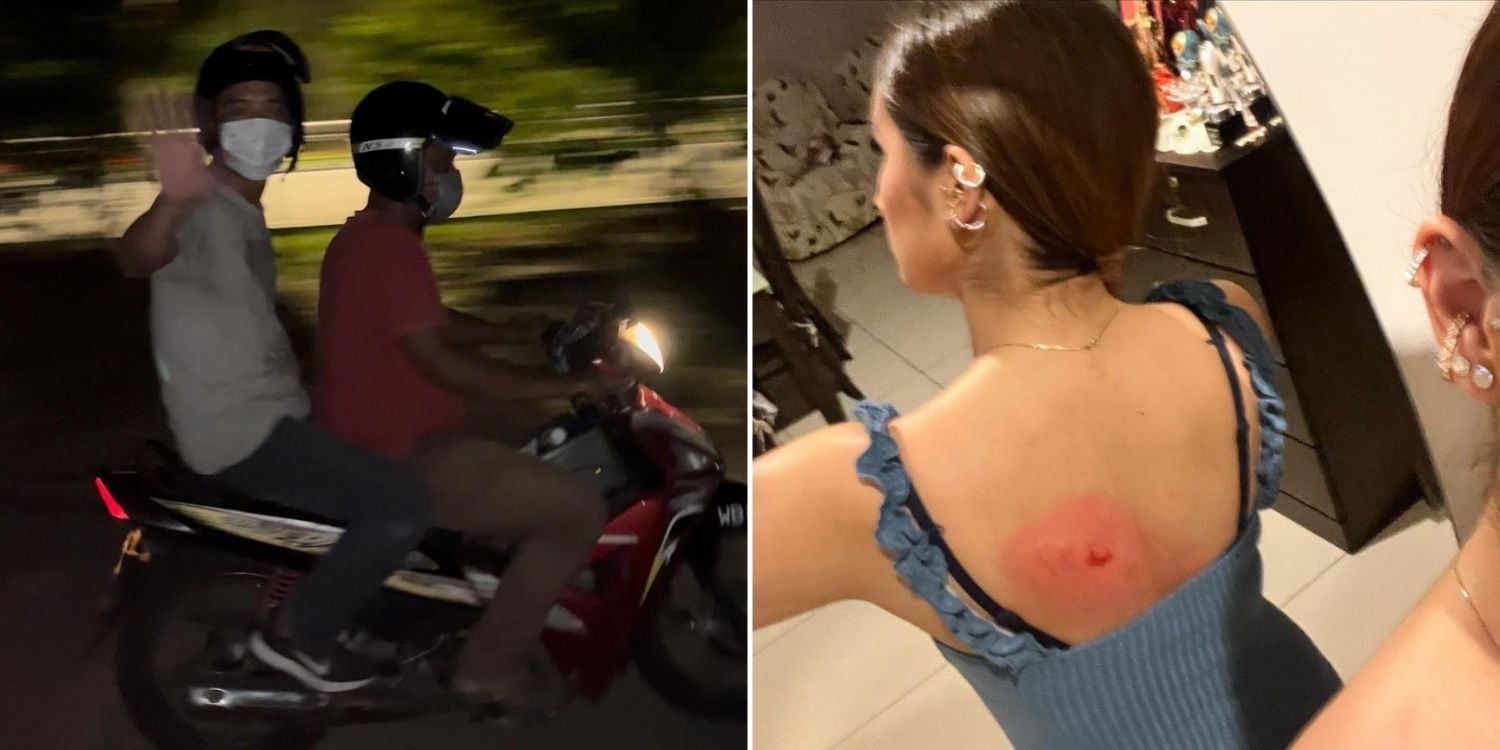 She was also bitten on the arm.

In Singapore, the phrase “low crime doesn’t mean no crime” always comes up whenever we hear about how safe it is around town even at night.

So it’s important to not take this for granted when we learn that that may not be the case in other places around the world.

Recently, a female passer-by in Kuala Lumpur (KL) became the subject of harassment and eventually assault when she was walking to a mall on Thursday (21 Apr) night.

After she refused to react to their catcalls, two men on a passing motorcycle decided to attack the woman. One of the assailants even bit her arm. 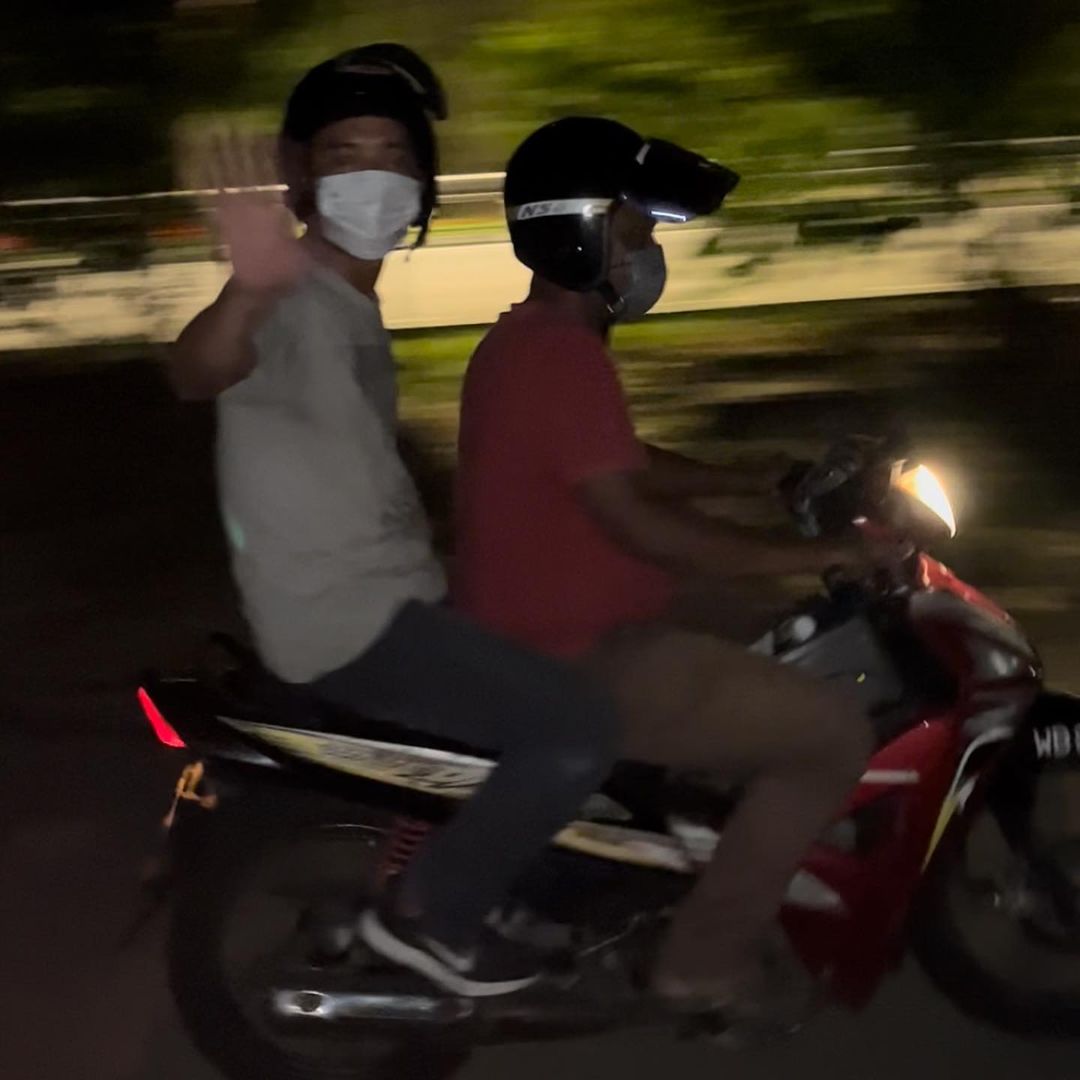 She sustained injuries to her back, with reddened skin around a gash, after getting struck by a stick.

The victim shares that she has since made a police report and the authorities are currently conducting a manhunt for the two attackers.

According to the victim’s Instagram post, she and her friend were walking towards Publika Shopping Gallery in KL at around 8pm on Thursday (21 Apr) night when two men on a motorcycle started catcalling the pair while riding alongside them.

Initially, they ignored the men’s advances but the two men allegedly started to travel against traffic to continue pursuing the ladies.

Noticing their advances, the women screamed to draw attention to the situation while also yelling at the two men to leave them alone.

After riding past the women, the men returned yet again, prompting the OP to start recording video footage of her attackers.

In one of the videos, they are seen waving toward the women before riding off into the distance ahead.

Apparently, at this point, one of the men got off the bike and picked something off the ground before the pair turned back toward the women.

Fearing the worse, the ladies moved up a slope, towards the bustling main road.

Upon realising that this would be more advantageous for the men on the motorcycle, they made their way back down the slope, in the vicinity of a nearby school.

But their move may have been too late as one of the men dressed in a white t-shirt began charging at them with the apparent intent to hurt them.

Attackers manage to land hit on woman’s back, wounding her

The ladies then made a run for it and although her friend managed to escape, the OP was not that fortunate.

Thankfully for her, the attacker slipped and fell when he tried to take a swing at her with a large stick. The feisty woman thus took the chance to beat the man up while he was down.

The man, however, managed to retaliate and bite her arm.

Seeing the tussle ensue, the other man on the motorcycle came rushing over, leaving the woman with no choice but to attempt another escape.

However, she wasn’t quick enough to evade the other man’s attack as he managed to strike her back with another stick. The impact left a gash near her shoulder blade and reddened the skin around the wound.

A security guard from the nearby school later came to OP’s rescue and offered her and her friend refuge behind the school’s gates.

Unfortunately, their assailants took the opportunity to escape and are now on the loose.

Police searching for men on motorcycle

In the caption to her Instagram post, the OP stated that she has filed a police report but still wishes to bring attention to the incident.

According to SAYS, the local KL police are aware of the case and have acknowledged that a police report was made.

However, they are still in the midst of hunting the men down.

The OP also shared that the authorities have sought additional information from the school’s security guard.

Seeing the extent of the woman’s injuries and reading her account of what happened, one can only imagine how horrifying the experience must have been for her and her friend.

What makes it even scarier is that the motivation behind the attack seems unclear.

We hope that the search will bear fruit and that the police will be able to catch the assailants so that they will face the consequences of their actions.

In the meantime, we wish the woman a speedy recovery and hope she and her friend will get the help they need to overcome the trauma of this ordeal.