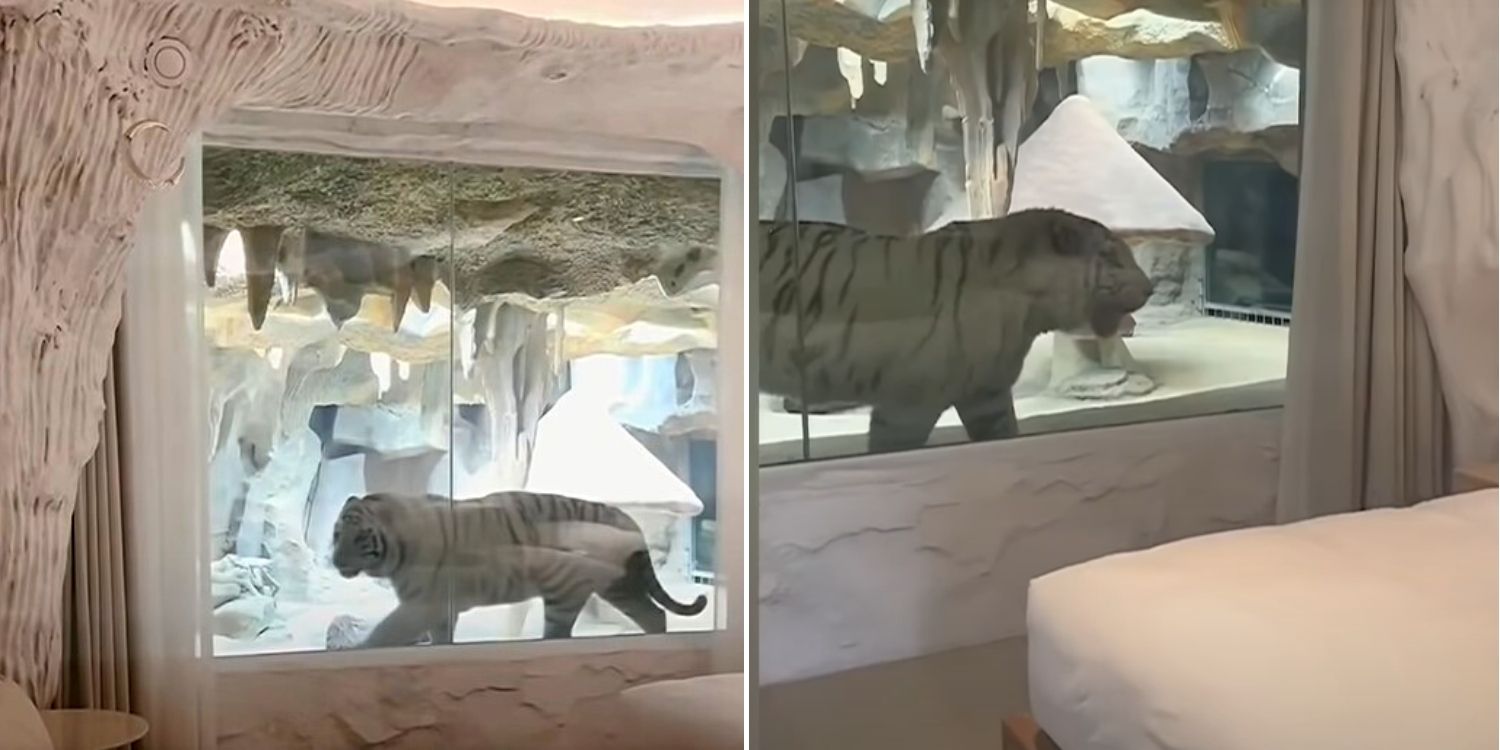 The gimmick has created an uproar.

Countries worldwide are ushering in the Year of the Tiger with places roaring with festive, majestic tiger displays.

One particular hotel in China decided to take things up a notch by having a live display of the big cat.

Sendi Tribe Treehouse Hotel in eastern China has received public criticism for animal cruelty after offering suites to guests to see a real tiger from the room’s window. 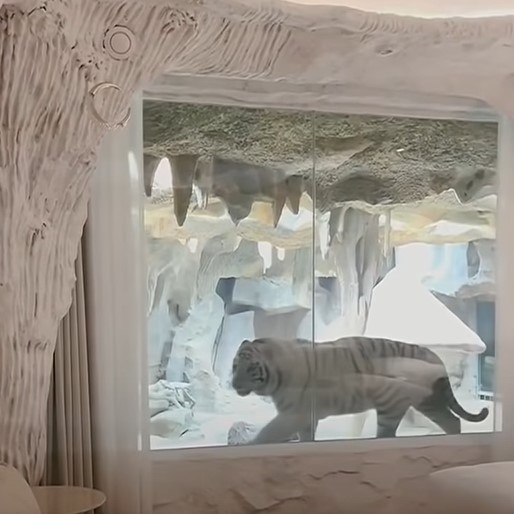 The hotel planned to display the tiger in an enclosure within the suites, which led critics to question the lack of the tiger’s basic needs.

However, plans have been put on hold as authorities re-evaluate the project’s feasibility upon receiving complaints.

Hotel in China under fire for live tiger display

According to South China Morning Post (SCMP), the hotel’s latest promotion received backlash from the public after videos of the room tours went viral on 20 Jan.

In the video, a tiger was seen roaming around the front of the window in the suite. Netizens said keeping the tiger around for display was a blatant act of mistreatment and wasn’t the right way to celebrate the Year of the Tiger.

They also questioned the tiger’s well-being and whether it was well-fed.

Plans for CNY gimmick to be reassessed

An official from the culture and tourism bureau of Nantong city’s Chongchuan district, where the safari park is situated, said they would reassess the “special project”.

The hotel was about to open the suites for accommodation but has since placed these plans on hold.

Employees also told SCMP that they had not been notified whether guests could use the suites yet.

“Beast rooms” built around tiger’s pen in the park

According to Daily Mail, the hotel in Jiangsu has prepared this project as a marketing gimmick to promote the Chinese Year of the Tiger.

They were reportedly going to offer 4 rooms, calling them “beast rooms”.

The rooms were built around the tiger so that guests could see and sleep next to it. According to a hotel employee, the windows of the enclosure are made of explosion-proof glass so that visitors would be safe near the tiger.

Following investigations, it was revealed the local authorities had approved the new project.

However, The Beijing News reported that there were still concerns about how the animal might be easily frightened as the glass is not soundproof.

It said the hotel designs protect guests from the tiger with blast-proof glasses but “lacked consideration for the tiger”.

Thus, authorities have urged the hotel to close the display and reconsider the launch of the CNY promotion.

Planning promotions with animals involved needs to be approached with care and thoughtfulness.

It may not be wise to use animals for props for the sake of human entertainment.

We hope the authorities would take appropriate action and ensure the tiger’s well-being.