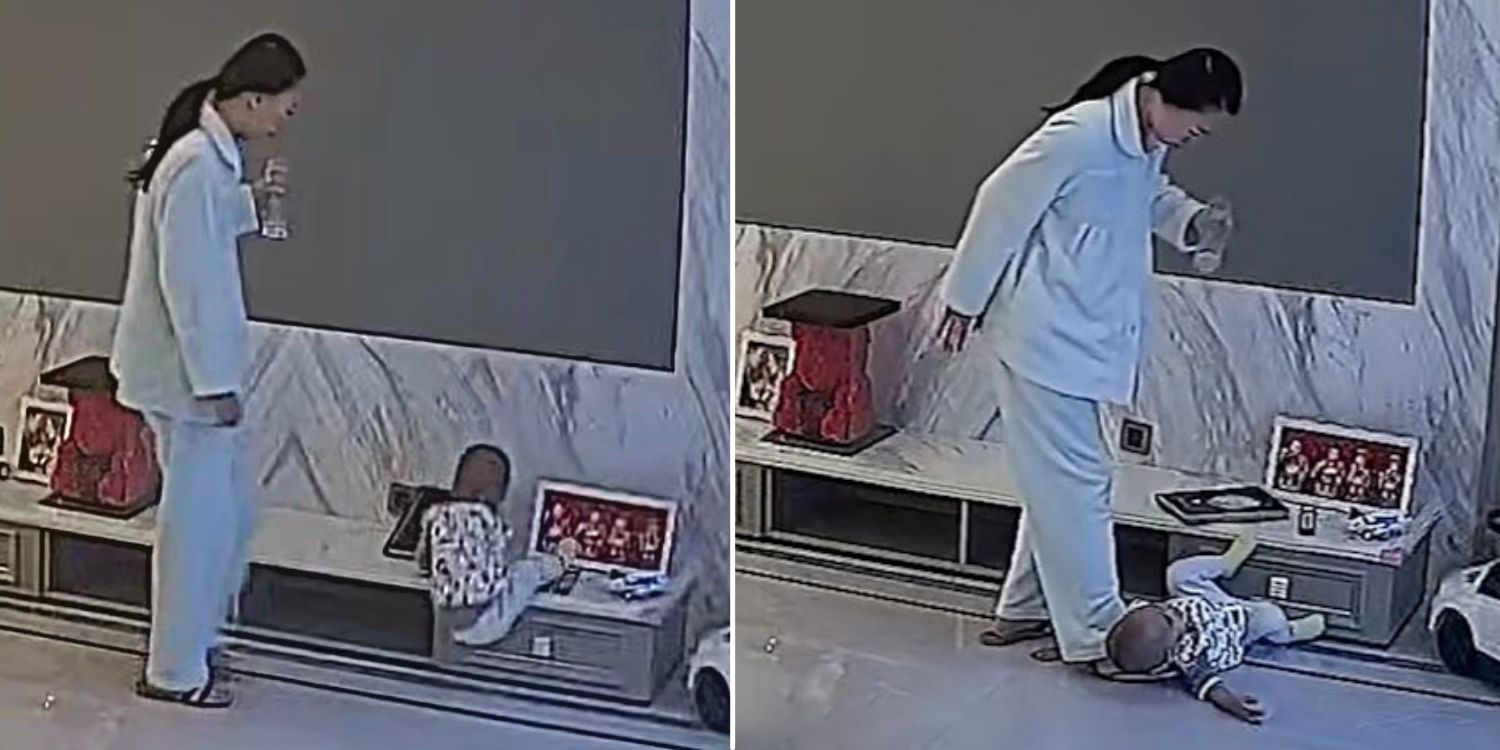 Mothers can almost always sense when their children are in trouble, and a mum in China has proven this to be true.

2 weeks ago, Ms Zuo was casually walking in her home when she spotted her young son nearly slipping off a TV console.

A distance away and likely unable to catch him in time, she heroically prevented her baby’s head from hitting the floor by using her foot to cushion the fall.

Footage of this incredible moment was captured by a surveillance camera in her home.

In the footage shared by South China Morning Post (SCMP), Ms Zuo appeared to be drinking water as she walked past her 9-month-old son who was climbing up a TV console.

She was allegedly sick with a cold and fever and her medication made her even more lethargic, reported Daily Mail.

Nevertheless, her motherly instincts kicked in when she saw her baby losing his balance and falling. She immediately stuck out her foot so that his head would not hit the floor.

Thanks to Ms Zuo’s quick reflexes, her child did not sustain any injuries, as noted by SCMP.

After the near-accident, she reminded him to be careful while playing and told him to get up so that his nanny could check on him. 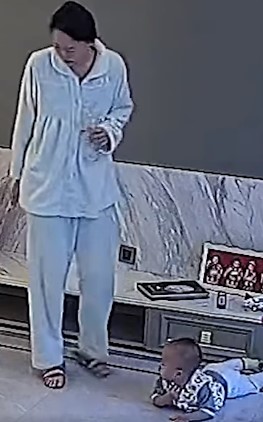 The baby then rolled over and continued playing, seemingly unfazed by what just happened.

Some netizens criticised the mother for not picking him up and checking on him herself, instructing him to ask his nanny to do so instead.

Others were impressed by her reflexes and praised her for paying such close attention to her baby despite being unwell.

They were also amazed by her calm reaction to the incident and applauded her for being a good role model by explaining the situation to him instead of reprimanding him.

Some even joked that her quick instincts would make her a valuable player in professional football teams.

Motherhood is a full-time job with no off days

This video serves to remind us that being a mother is no easy task.

No matter how tired, unwell, or occupied they may be, most mothers tend to do their best to look out for their children, in their own ways.

Kudos to such parents, and we hope that their children will go on to care for them in the same way in the future.