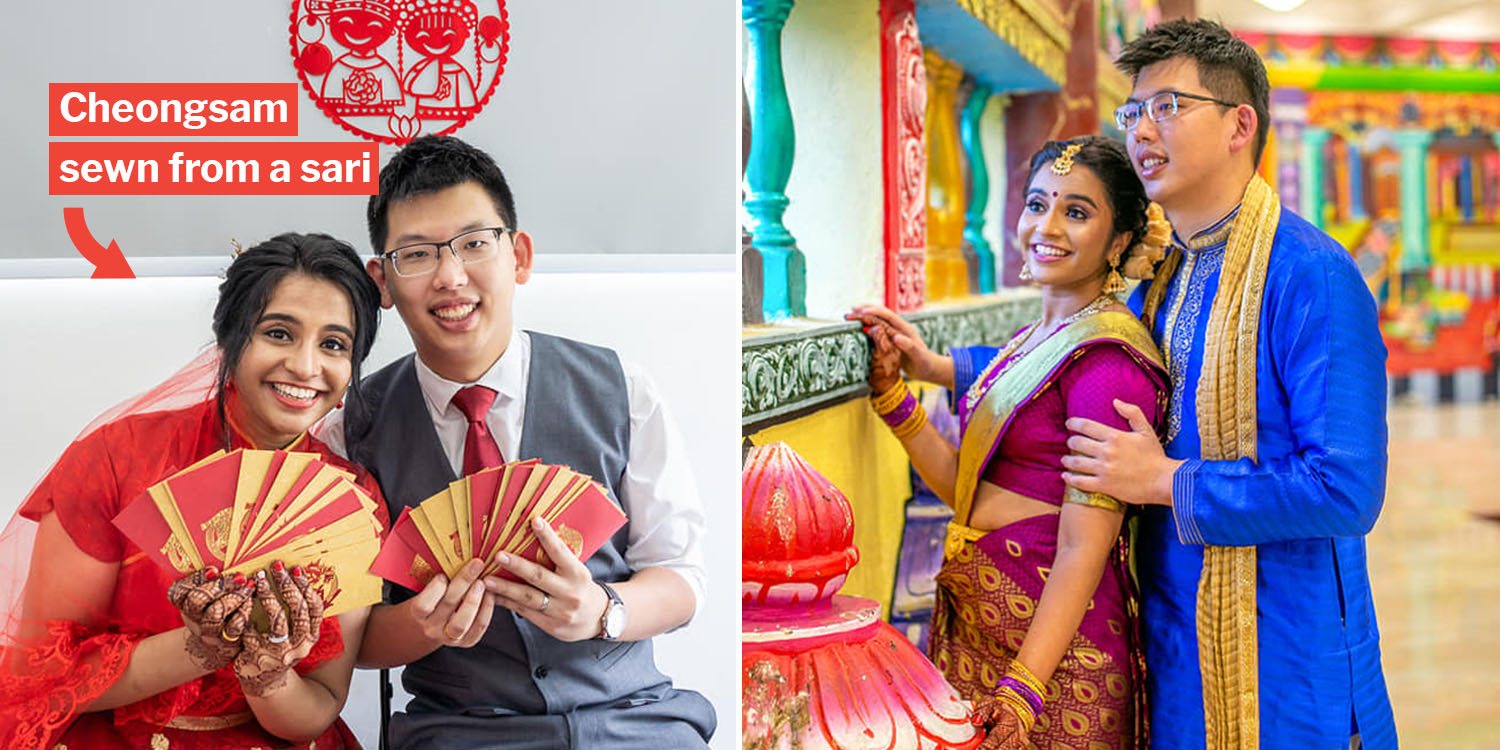 Despite our occasional squabbles, Singapore and Malaysia have a lot in common, including our prided racial harmony.

A Singaporean Chinese man who recently married his Malaysian Indian wife proved this very fact, and perhaps even more. 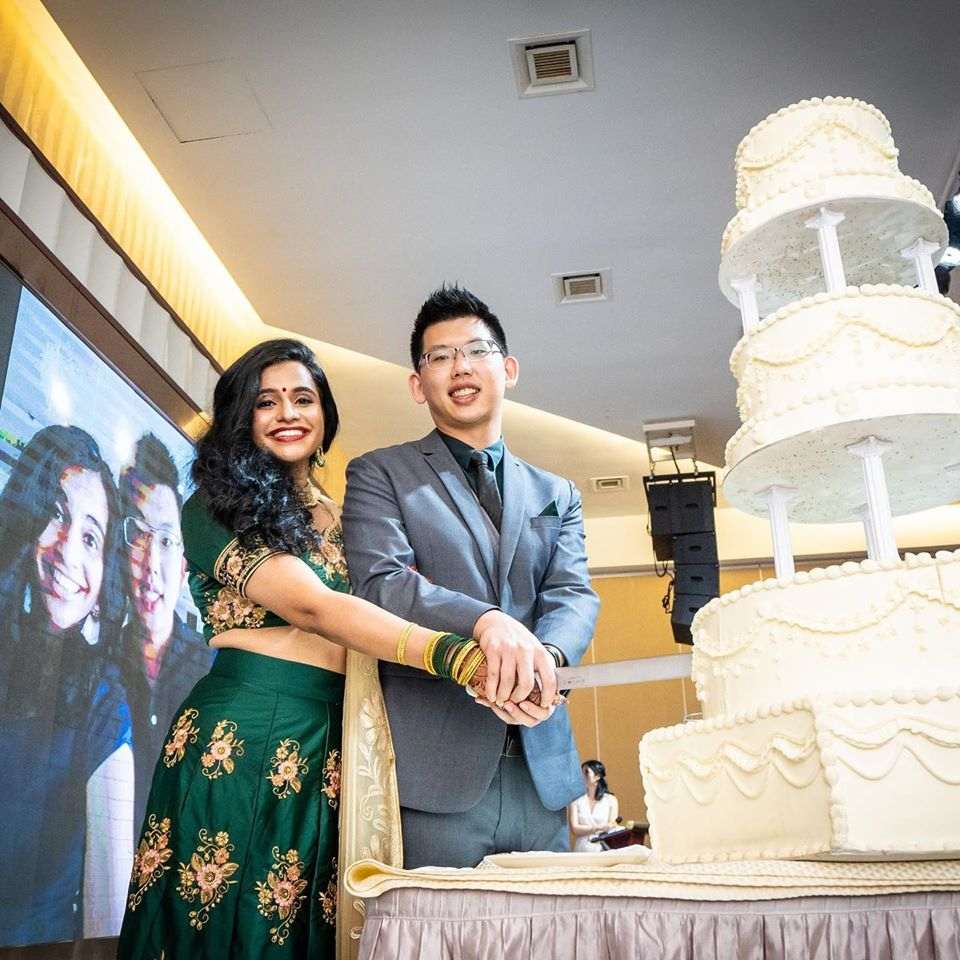 Their blissful union not only brought their families together, but show that our countries can get along as charmingly as this lovely pair.

Posting on SAT for the first time, Ms Pathma was inspired by other interracial Asian couples’ stories to share her and her husband’s equally sweet one.

The Malaysian Indian had married her Singaporean Chinese husband, Mr Ng Boon Jun, in 2 consecutive ceremonies the month before. 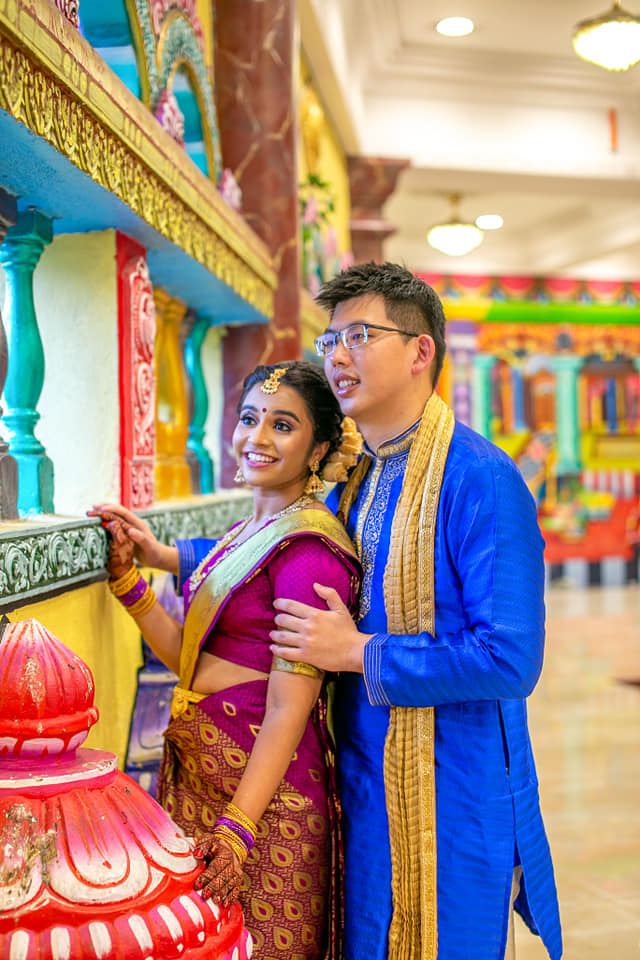 Day 1 of their wedding on 22 Nov 2019 was a lavish Hindu ceremony at a temple in Kuala Lumpur. The pair wowed guests in their ornate Indian outfits, as they respectfully followed South Indian customs. 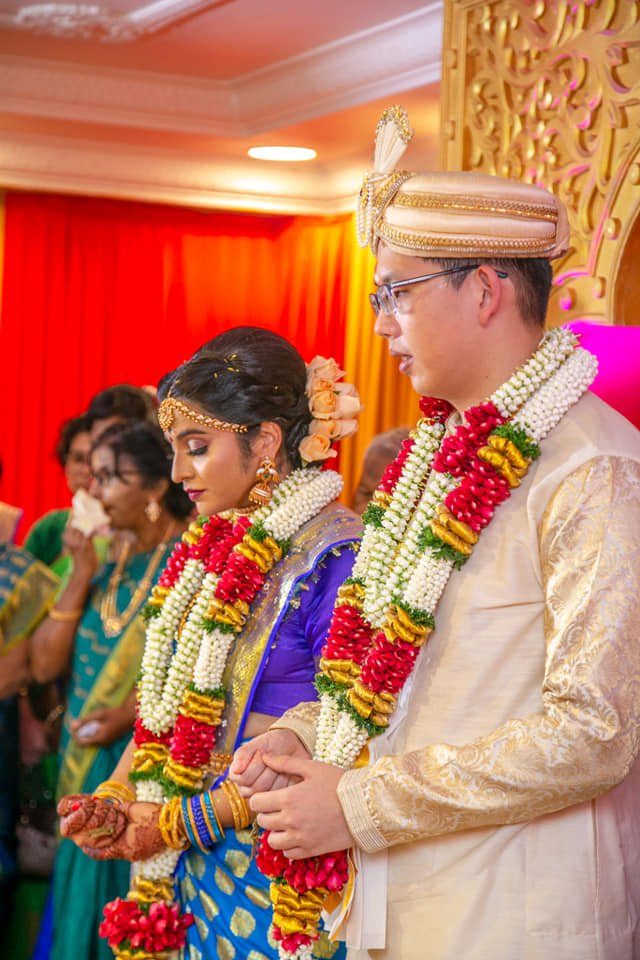 They then had a traditional Chinese wedding in Singapore the very next day (23 Nov 2019), where they observed customs like gatecrashing and a tea ceremony. 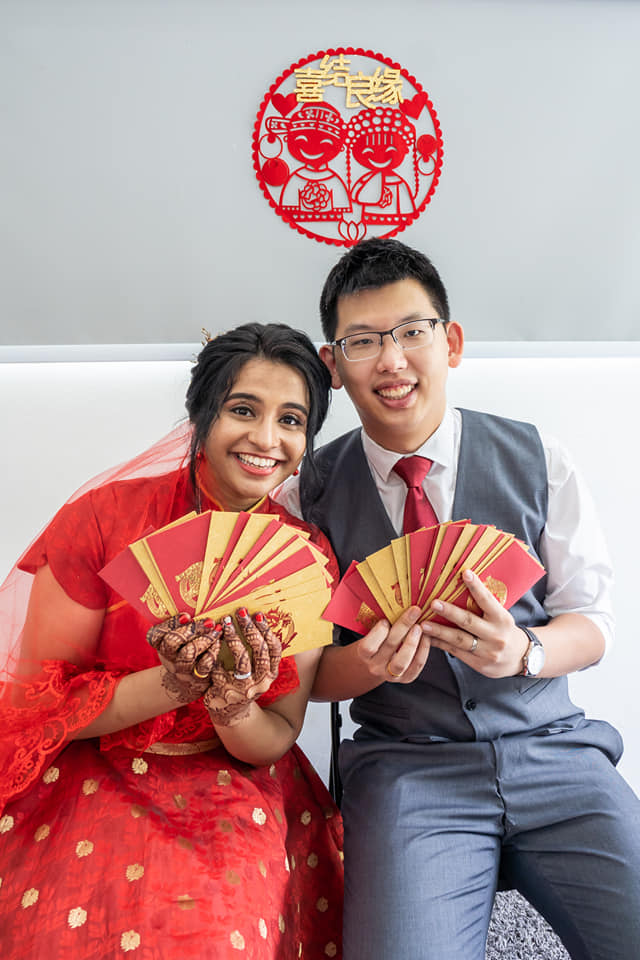 Fun fact: Ms Pathma’s cheongsam was apparently sewn from a sari, a traditional Indian garment for women, which she had incorporated wonderfully with her husband’s Chinese culture.

According to RiceFeed, the humble couple initially didn’t want a wedding at all, planning to “simply register their marriage and move in together”.

But they went ahead out of respect for their parents, and held two modest weddings to honour their respective traditions. Everything worked out well eventually, as they looked stunning in their custom outfits, glowing from the utter joy of their happy union.

If we truly love and respect each other, we can find happiness like they do, regardless of race, language, religion, or nationality.

MS News congratulates the couple on their union and wishes the best for their marriage.