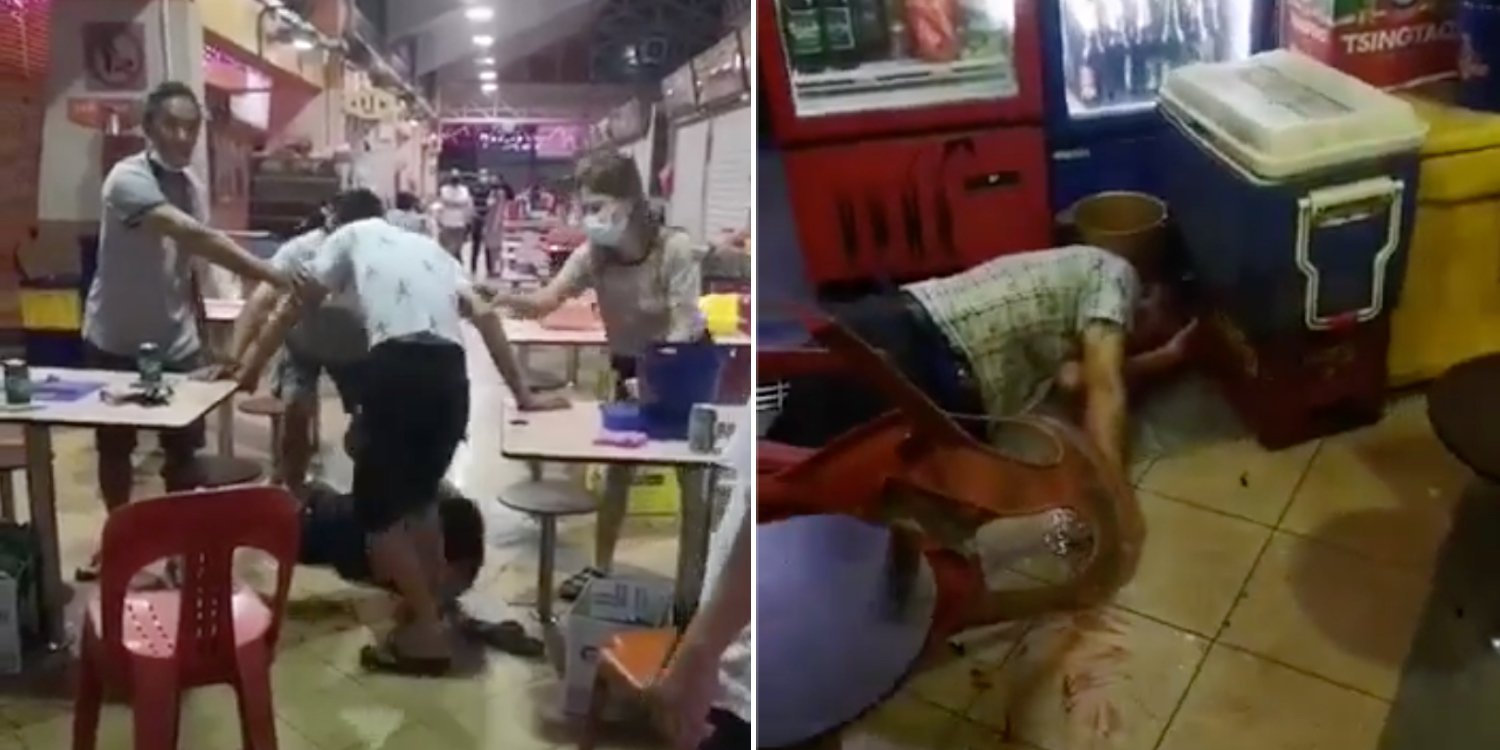 Food centres are usually bustling with activity in the heartlands of Singapore. They are places where friends and neighbours come together to have meals after a long day.

However, not all is rosy as a fight at Chong Pang Food Centre on Monday (18 Jan) left a 61-year-old man bleeding heavily. The police shared that they are currently investigating the incident between a 55-year-old man and the older man.

In a video posted on Facebook group All Singapore Stuff, a man could be seen seated at a table, wiping blood off his face.

Drops of blood are splattered on the table. It is unconfirmed if he was attacked beforehand. Afterwards, he appears to instigate a fight with the 61-year-old man at the drinks stall, who in turn, grabs a beer bottle. However, the bottle slips from his hand and shatters on the floor.

The video cuts to the younger man stomping on the older man’s head. Passers-by try to stop him from continuing his assault.

After a while, the man relents and wipes blood from his head. 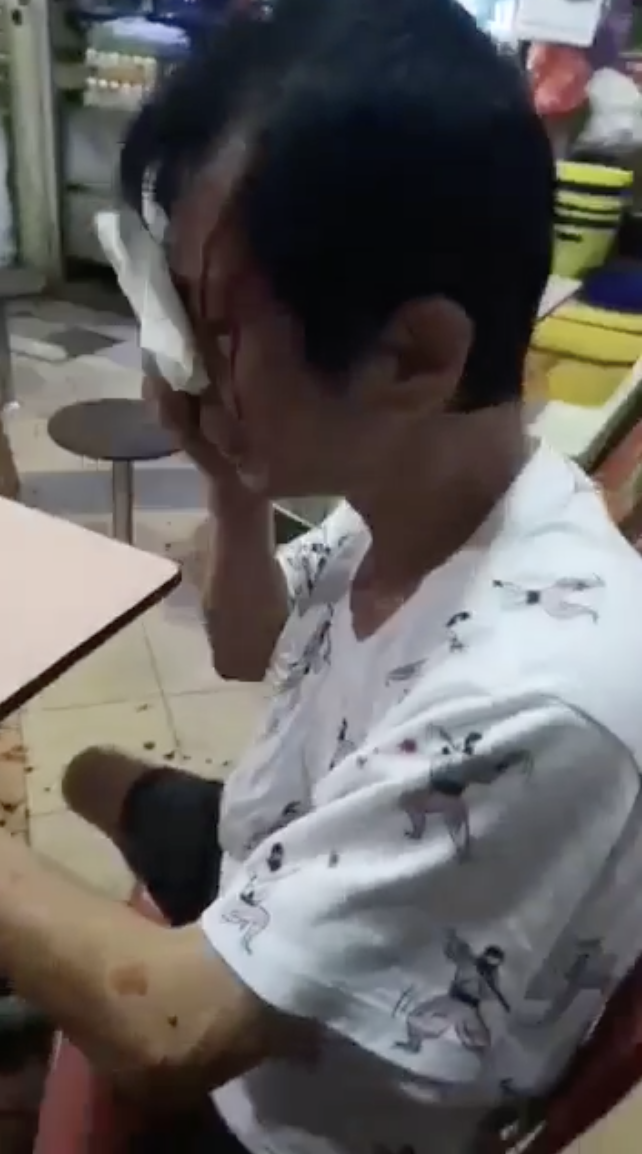 The video cuts to the older man, who is lying motionless on the ground in front of the refrigerators. 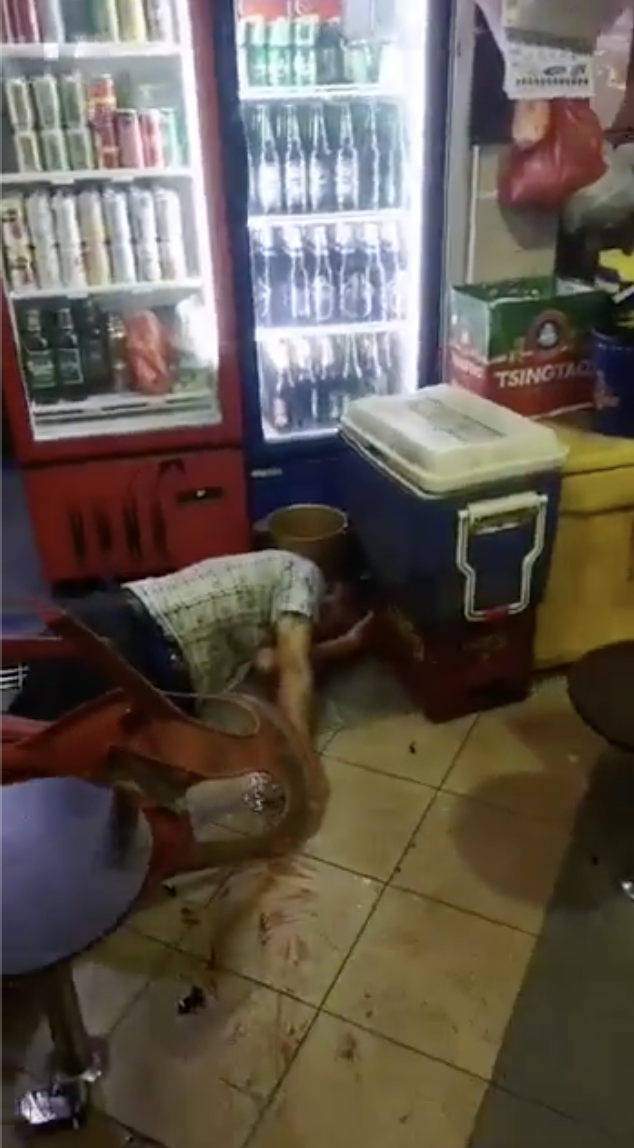 Another person manning the drinks stall is seen talking on the phone, probably trying to call for help.

Police rush to the scene

According to Channel NewsAsia (CNA), police were alerted to the fight at about 9.40pm.

Officers could be seen arriving at the scene some time later. 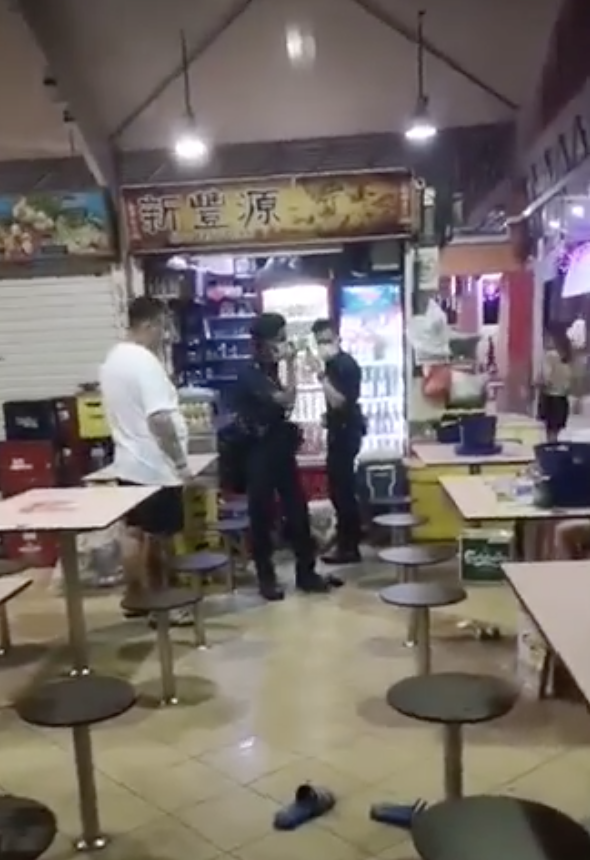 The older man was conveyed to a hospital while investigations are ongoing, shared the police.

Resolve disputes peacefully instead of resorting to violence

Food centres are where families and friends often have meals and it’s a scary thought that violence can occur at such a place.

We hope that Singaporeans will be able to settle disputes peacefully, especially if they take place in a communal area.