After Subway’s move to attain a Halal certification, another controversy seems to brewing.

Not only are GV snack bars non-halal, every other cinema snack bar in Singapore is not halal-certified too. 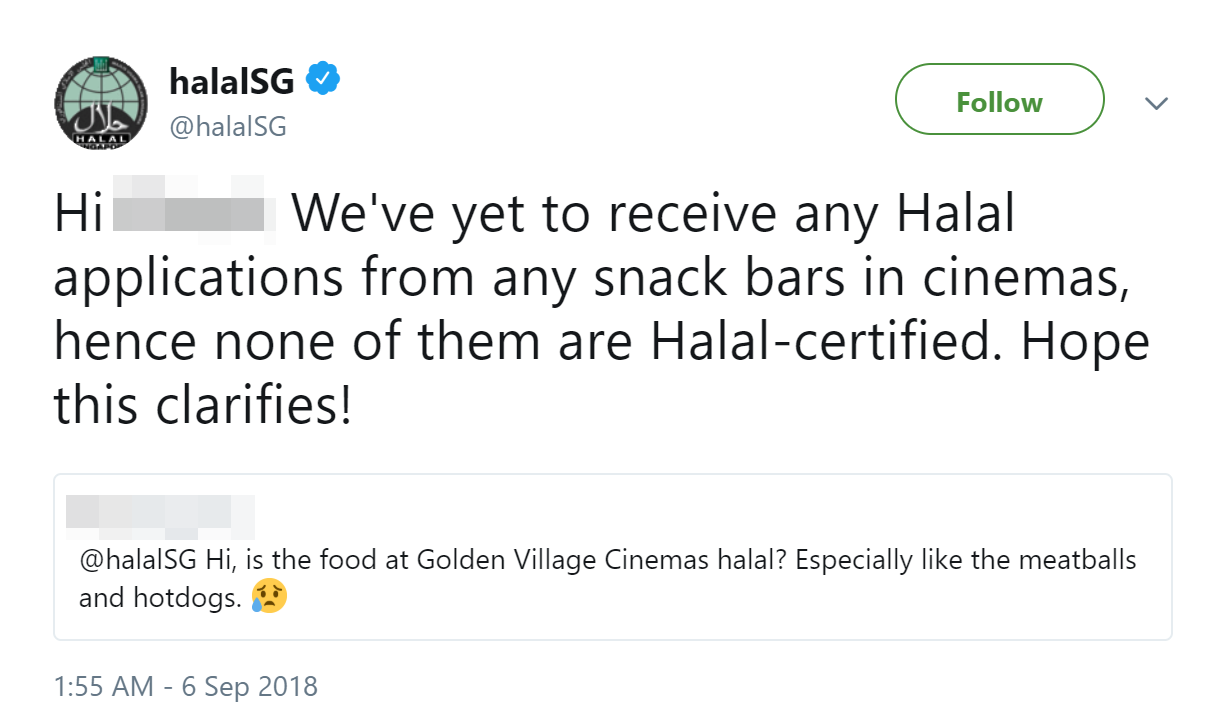 While this might seem trivial, it is important to note that outside food is not allowed in all cinemas.

This effectively means that snack bars have monopolies over what is being consumed — unlike the entire Subway saga.

In other words, our Muslim friends may choose what they eat in a mall or a shopping centre, but not so much in local cinemas.

In response to the @halalSG tweet, some Muslims shared some tips.

According user Muhammad A’Qil, who was an ex-employee of GV, meat used in hot dogs and meatballs are from halal sources.

However, he wasn’t sure if they still use the same brand of meatballs and hot dogs.

Other netizens directly asked Golden Village staff whether the food being served was halal.

They too were assured that the food sold was halal-sourced. Some objected to this though. Why wouldn’t GV have applied for the certificate if it was already halal-compliant?

According to The Straits Times, it costs around $750 per year to maintain a Halal certificate at a snack bar.

While this sounds low as compared to the prices of food served, there are also other considerations.

Getting a Halal certificate means there’ll be changes to the preparation procedure, sourcing of ingredients and manpower planning.

All of these constitute implicit costs for cinemas, making it more expensive to get Halal certification.

To halal, or not to halal?

We’ve reached out to Golden Village and Cathay for comment.

What do you think? Should cinemas get Halal certification? Are the costs justified?

Tell us in the comments below.