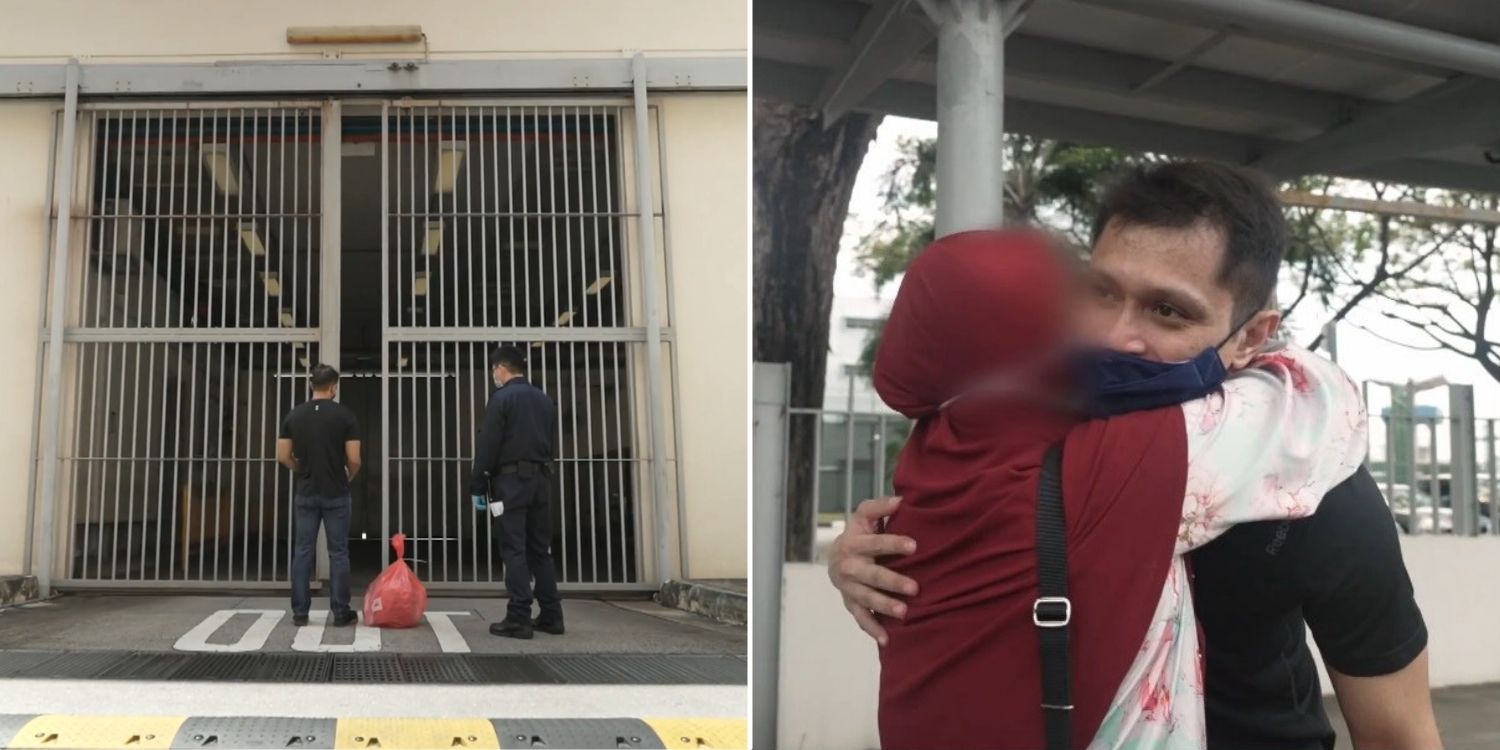 The recent prison documentary by Channel NewsAsia (CNA), which shed light on life behind bars, has been well-received by viewers.

In the final episode of the documentary, we finally close the chapter on the lives of the inmates featured in the series.

While most found a semblance of good fortune, we were walked through the process of one inmate’s release in Jan 2022. 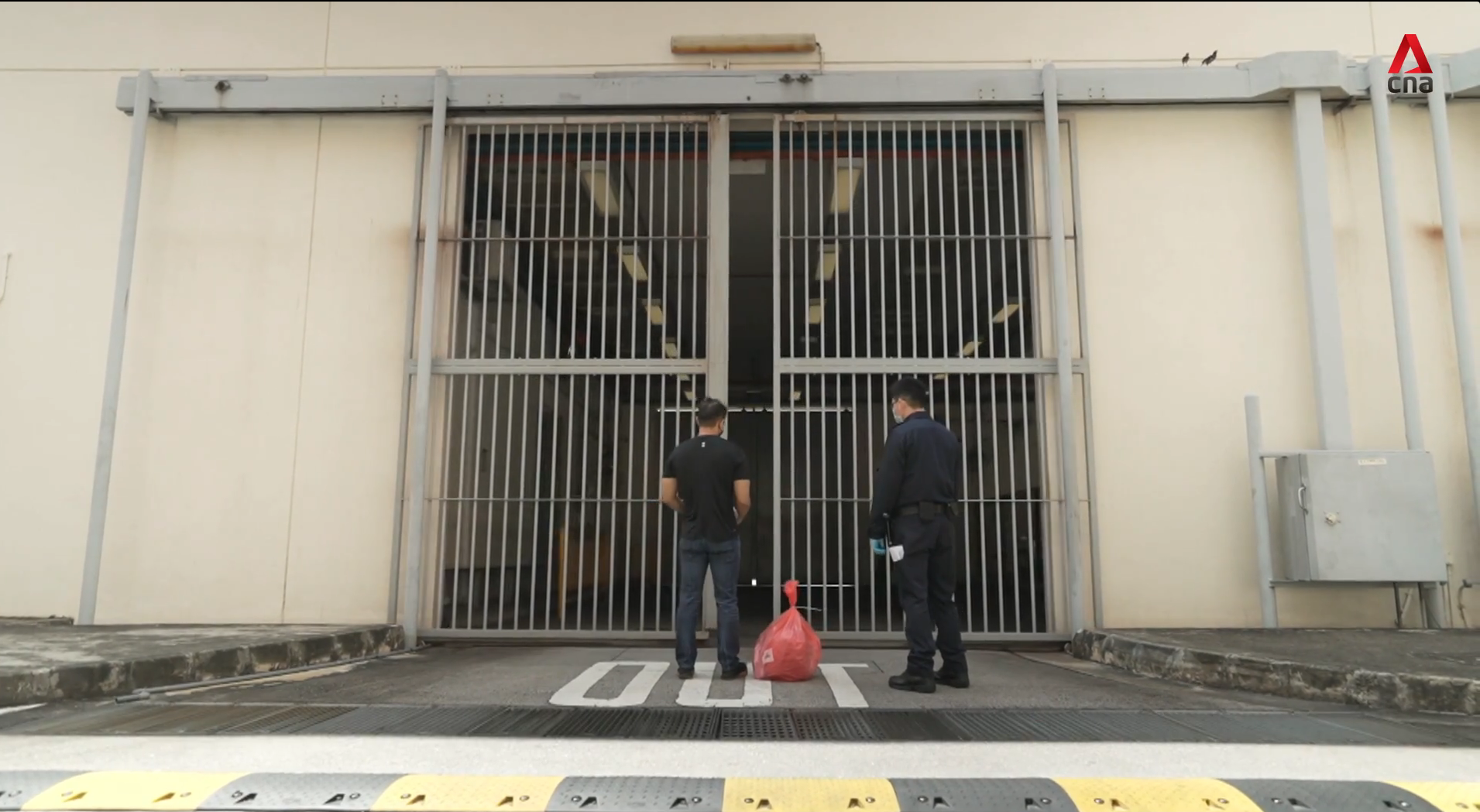 As he goes for a pre-release interview, he shares his immediate plans after release and says he misses his mother’s cooking most.

Upon release, the inmate finally hugs his mum after 3 years as they set off into another chapter of his life.

Throughout the series, we learned of the daily lives of inmates held in Changi Prison. To complete the story, we follow Rusdi’s as he completes the last month of his sentence and prepares for integration back into society.

As part of his pre-release programme, the 33-year-old was transferred to another cell a month before his release date. 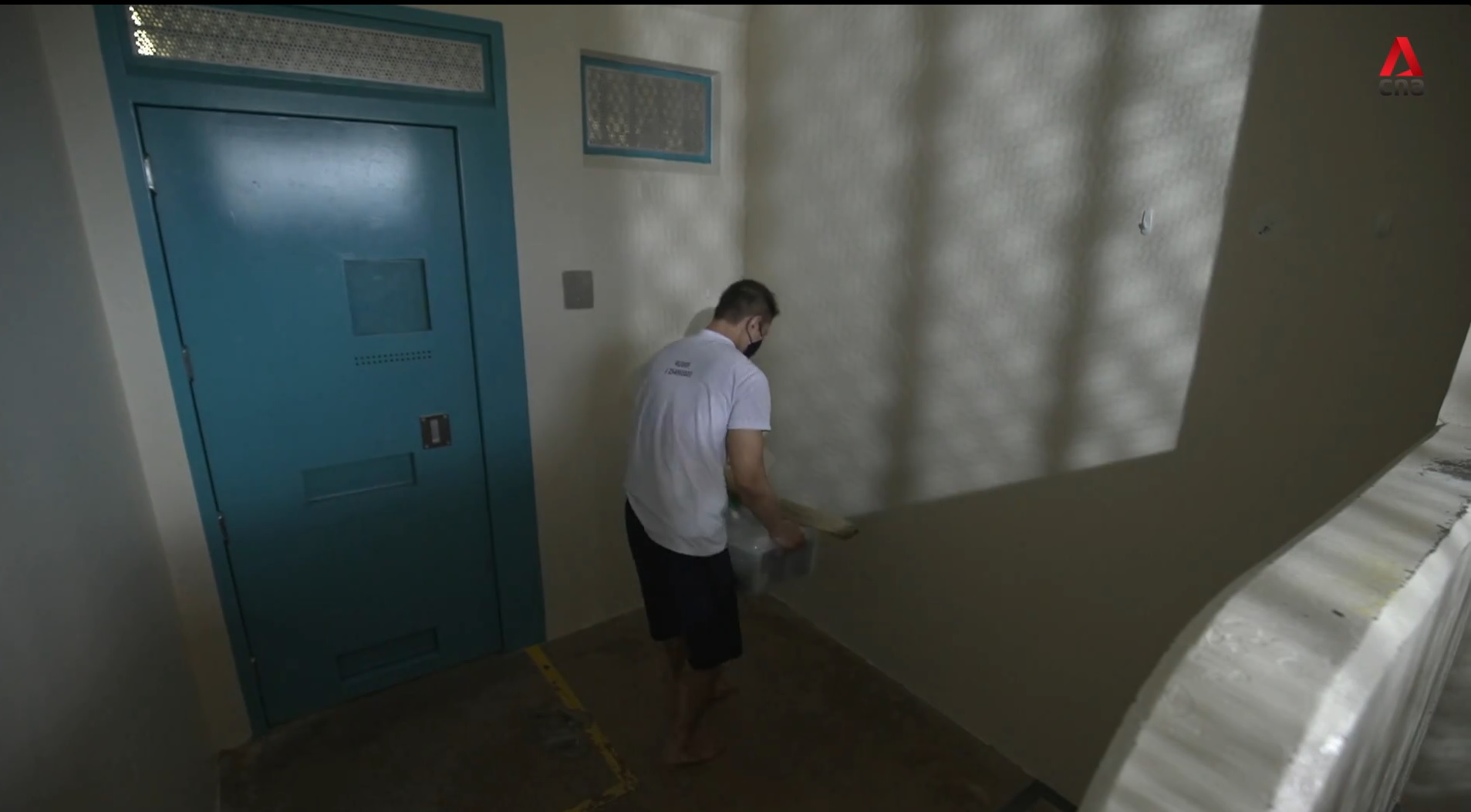 In the cell, he unravels how he made plans to ‘accelerate’ his time in prison, even before coming in for his latest sentence.

Knowing he would be spending time behind bars, Rusdi pre-bought stacks of magazines that would later be sent to him. 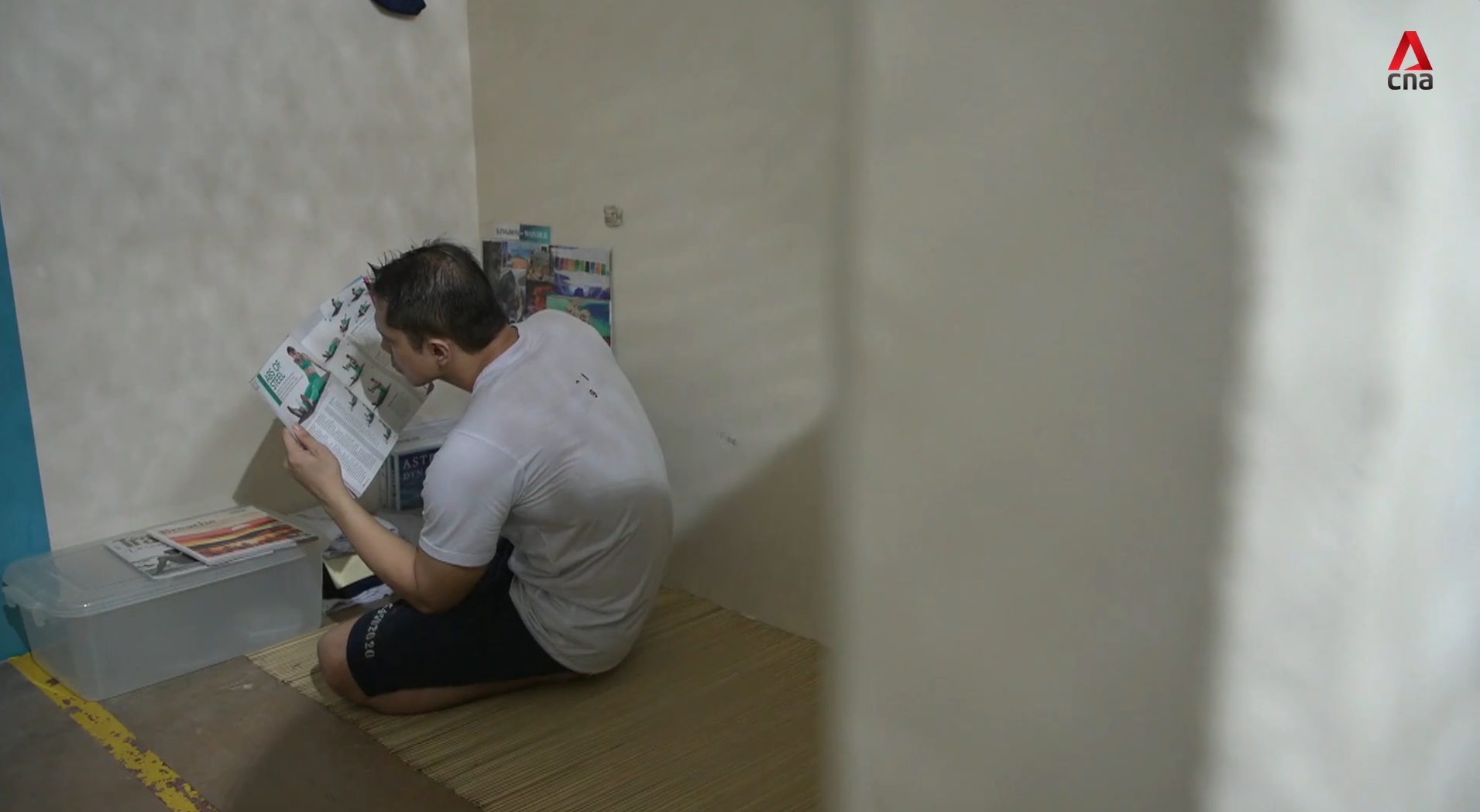 He shares that he bought 8 months’ worth of reading material before his time in solitary confinement.

Each month, he can expect to receive 6 copies each. Books and magazines can also be brought in by visiting family members.

Before an inmate’s release, prison officers will conduct a pre-release interview to ease the transition between prison and civilian life. 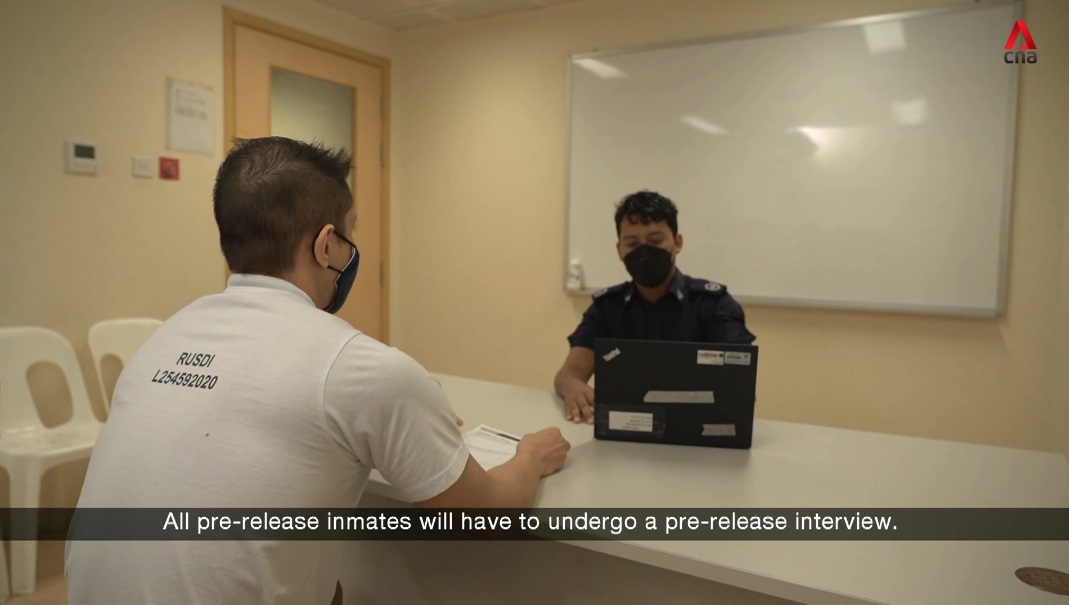 During the interview,  Rusdi shares that he will have no problem assimilating back to society as he has accommodation and a support system awaiting him. Formerly a personal trainer,  he shares his plans to become a delivery rider when he is finally released.

On the day of his release, Rusdi enjoys the last of his saved up treats as he awaits the call-up from a prison officer. 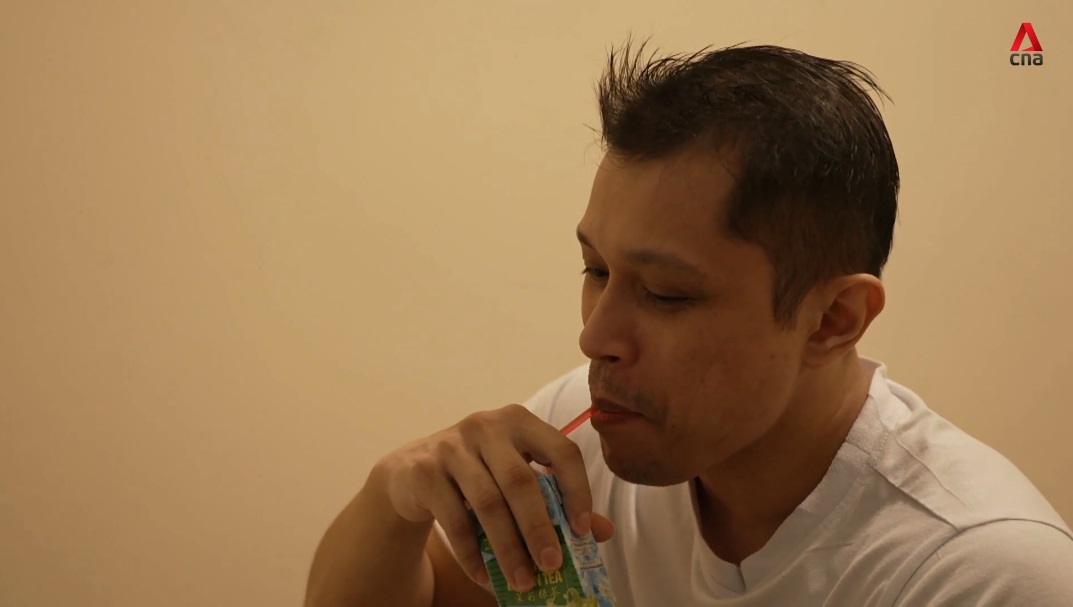 Once called, he was escorted to collect his personal belongings before going through several more checks. 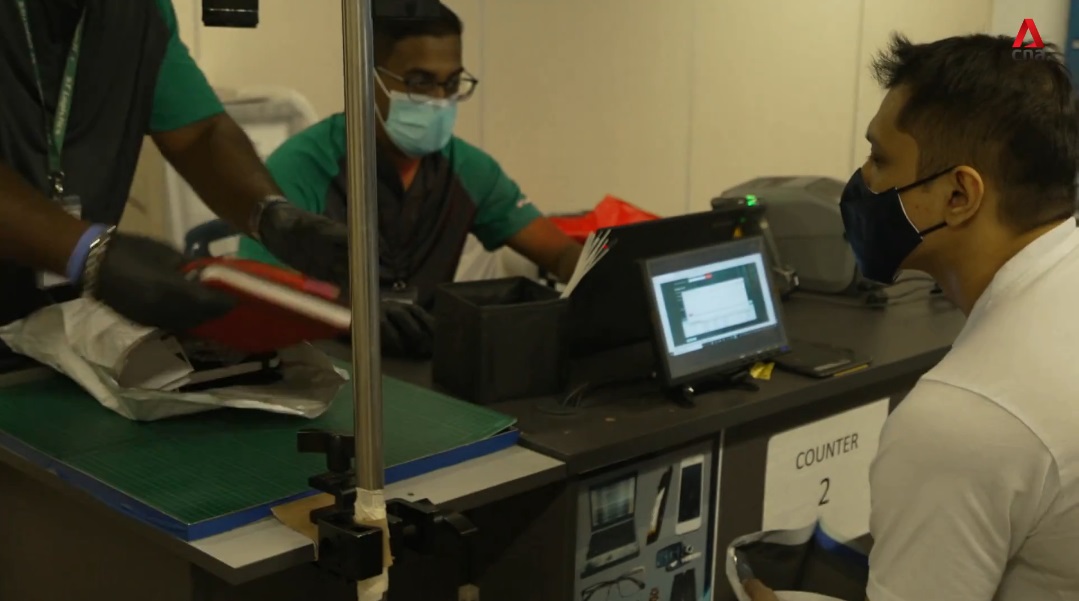 As he stands before the final gate to freedom, he expresses that the experience was “very emotional”. 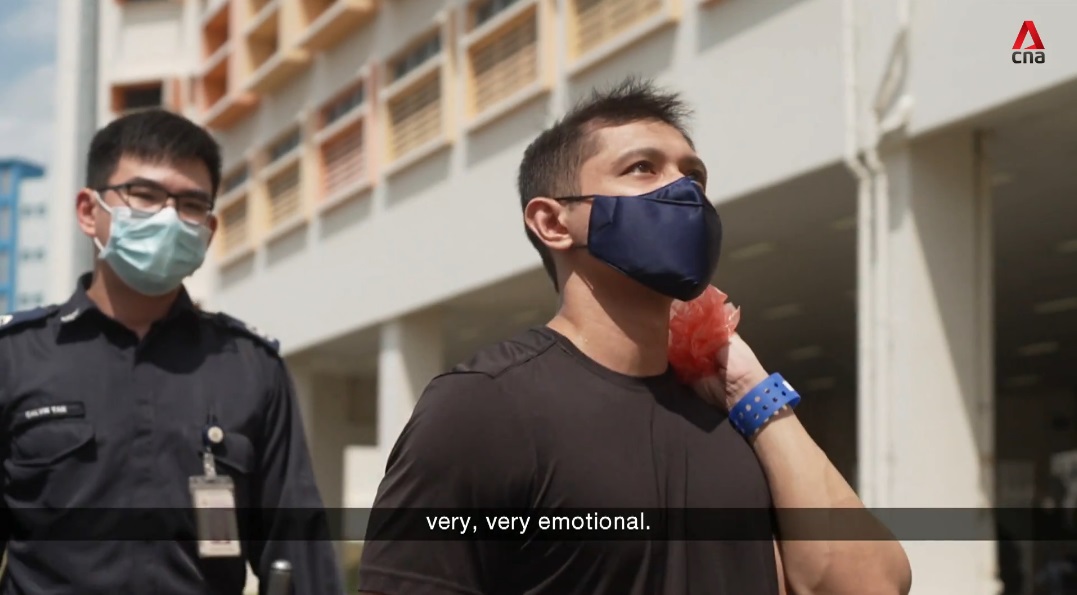 Once out of the prison compound, he paces around nervously and seems overwhelmed by the situation. Even his face mask can’t hide the grin as he finally tastes freedom again. 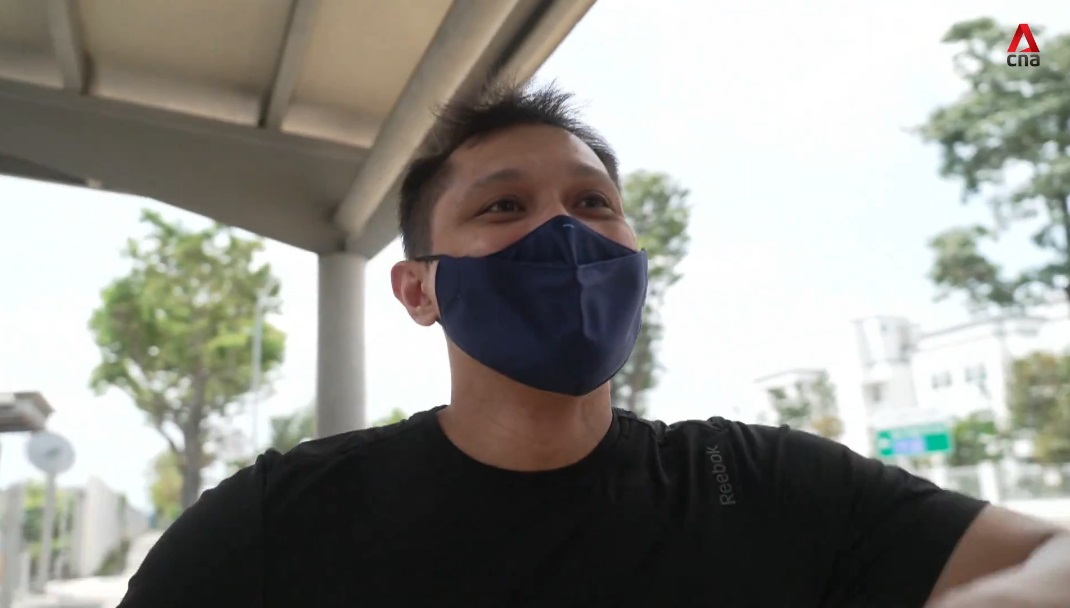 After walking a distance, Rusdi finally reunites with his mother, who was there to fetch her son — they embrace in a hug and set off in a car. 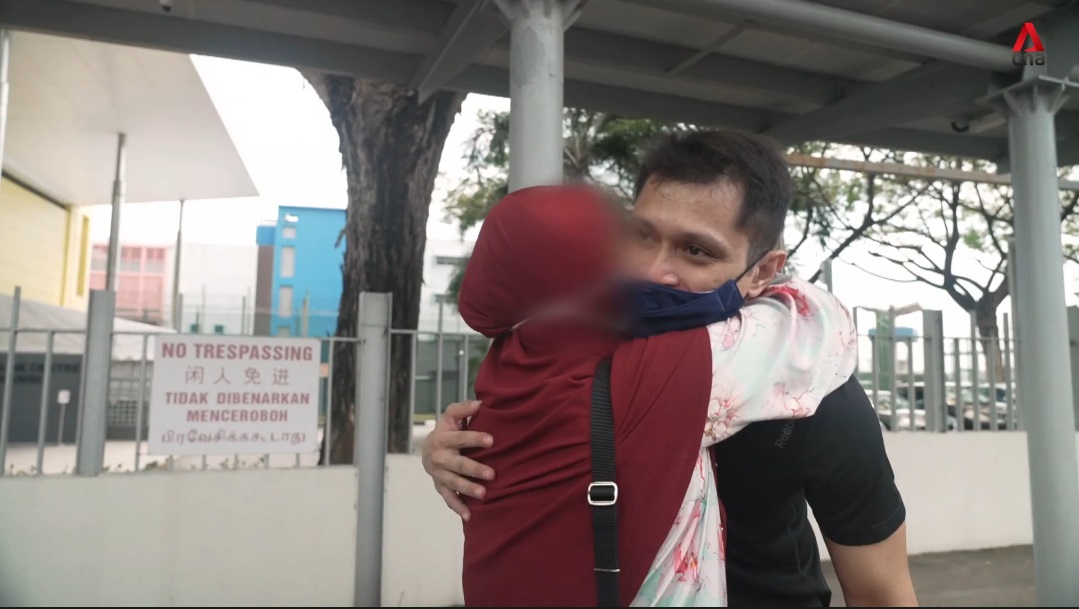 As Rusdi enjoys his release, the other inmates featured in the documentary also found their own semblance of joyous moments.

Boon Keng, the next inmate slated to be released, was shortlisted for a community-based programme, which will see him serve the latter half of his sentence in the community. 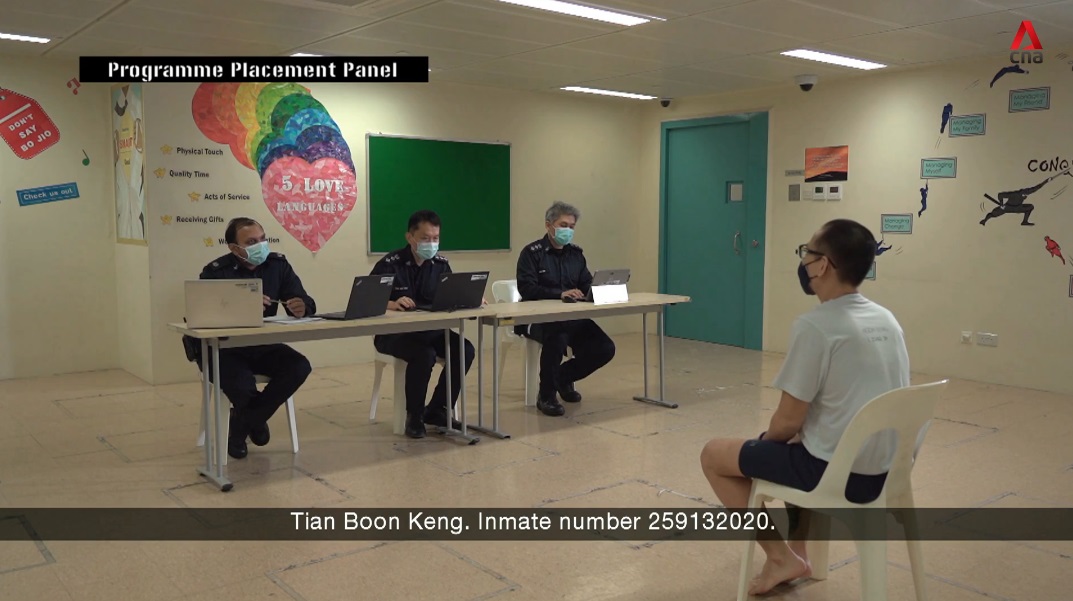 Those chosen under the programme will be tagged electronically and can either stay in their house, a halfway house, or a work release facility.

However, before that, he has to appeal to a panel of officers and cite the reasons for his selection. 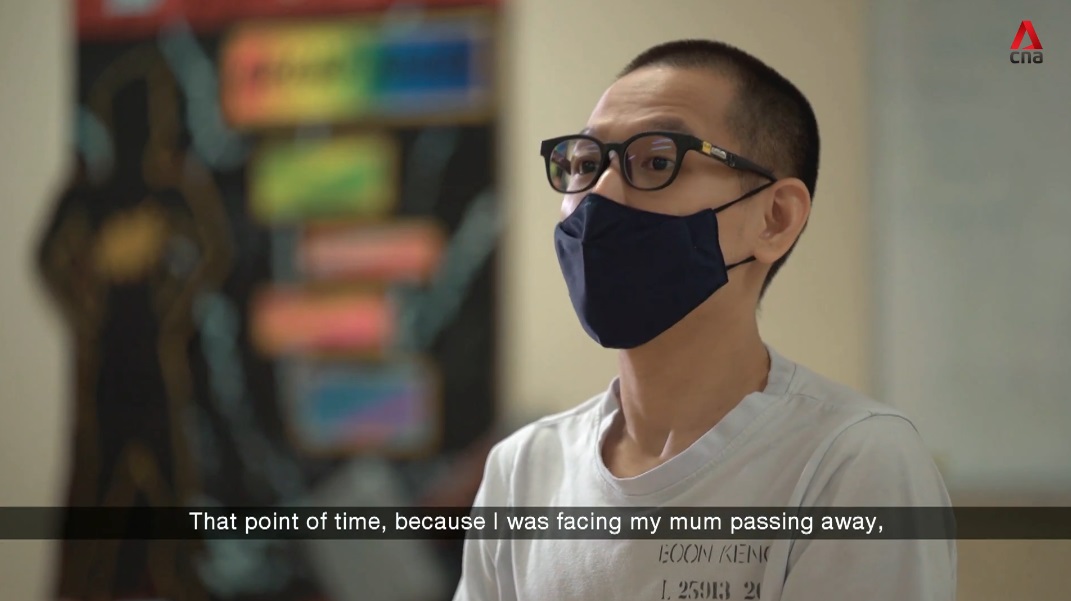 Sat in front of the officers, Boon Keng expresses his desire for change and live his life lawfully as a parting gift to his late mother. 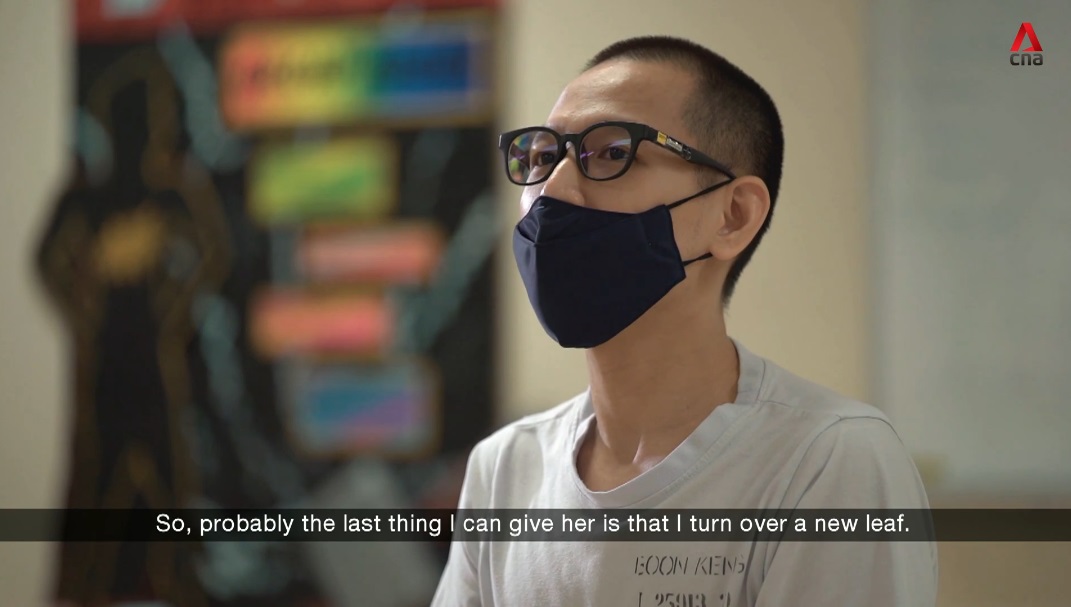 He hopes to study psychology in the future and be a counsellor for teens who need help. 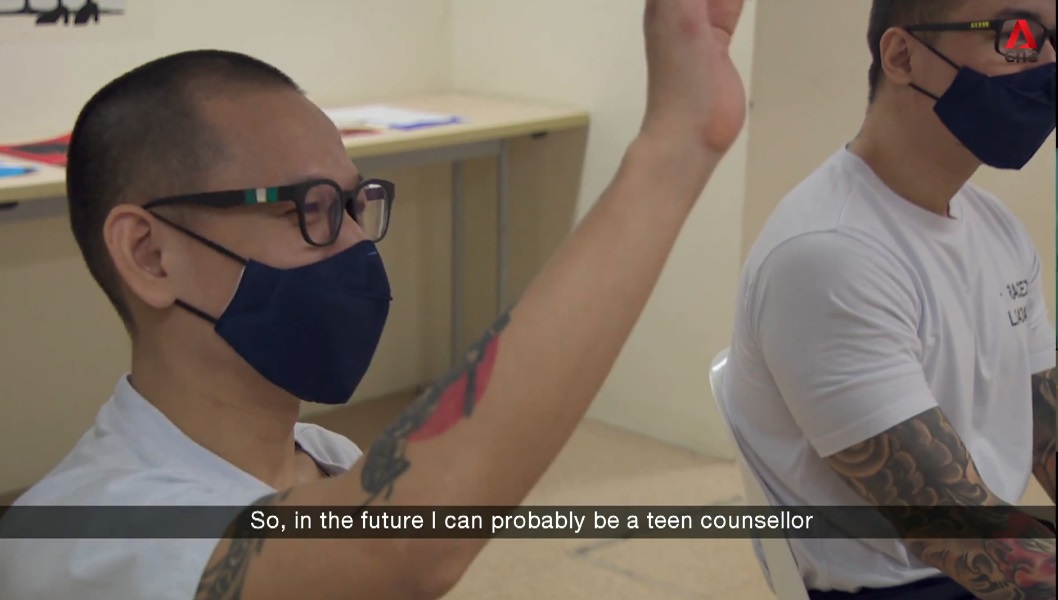 Another inmate, Graceson, finally manages to get on a phone call with his daughter, who is having a difficult time in school. Although not many words are exchanged between the pair, the sentiment is felt by both as they hold back tears during the call. 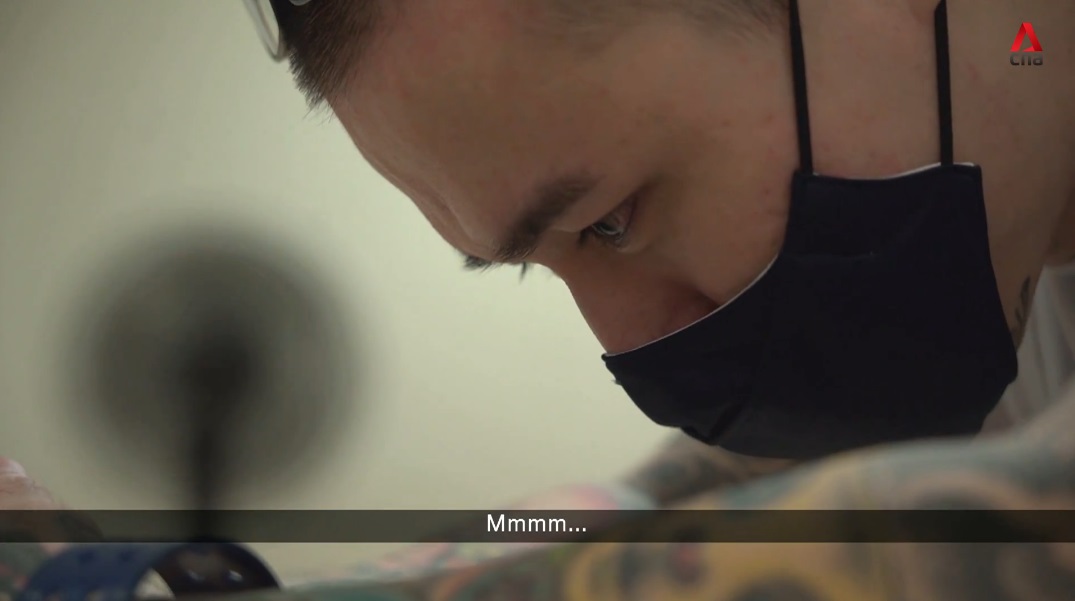 Once the call ends, he leaves a message for his daughter and asks for her patience. He vows not to re-offend as he doesn’t want her to live a life without a father. Iskandar, an inmate we last saw mugging for his exams, finally sits for his O-levels and passes with flying colours. Although he left the examination hall nervously, he scored a C6 for English — much better than his prediction of an E8 or F9. 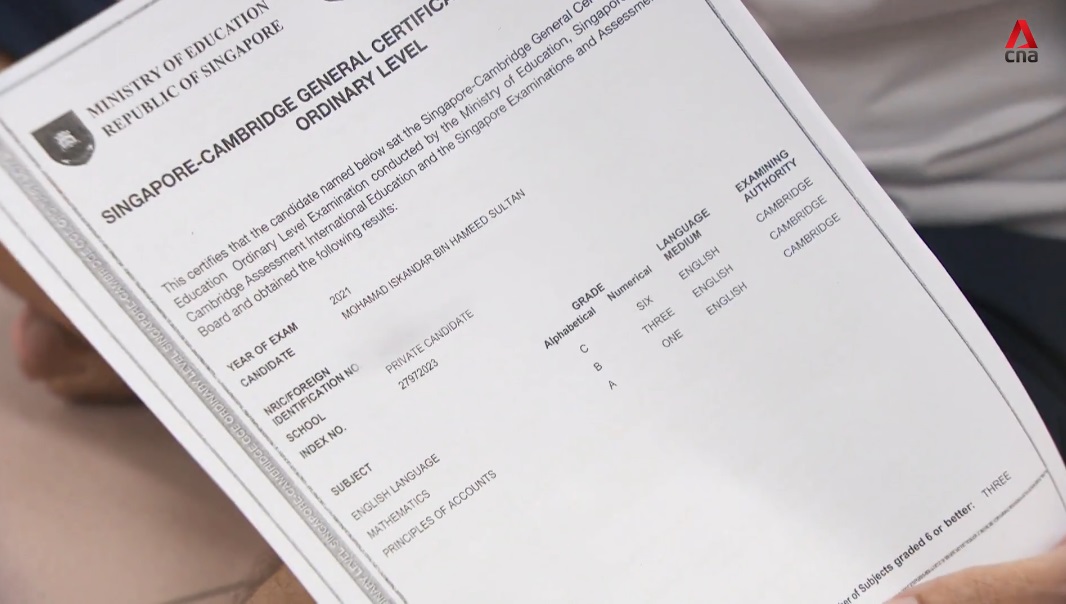 Now that he has passed his O-levels, he plans to pursue a diploma and eventually work in the logistics sector upon release.

He also plans to help youth at risk by giving talks at various homes. 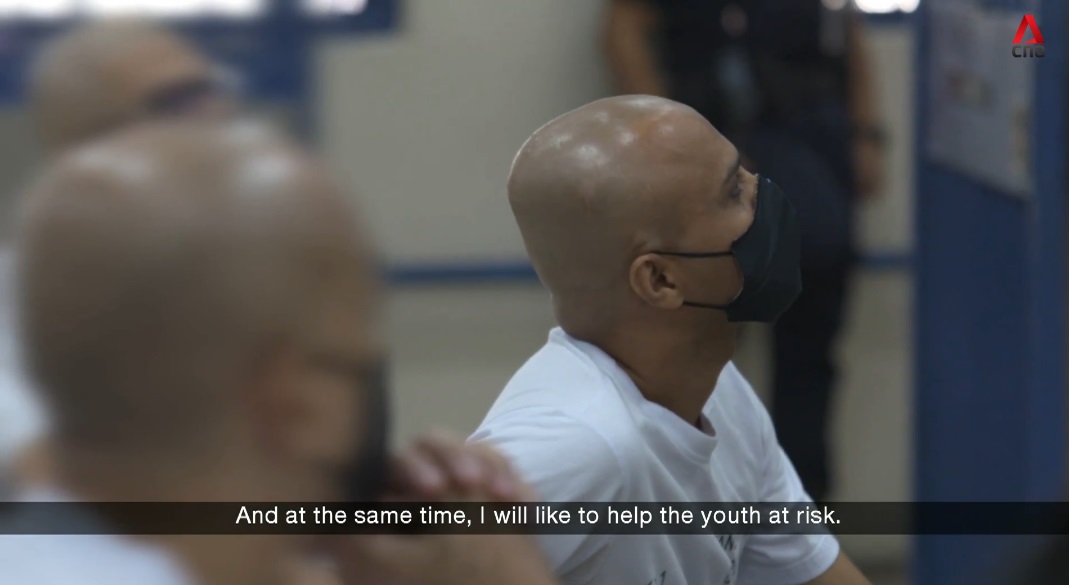 It’s quite poetic that with Rusdi’s release, the documentary comes to an end.

Although there is still a considerable amount of time before the rest of the inmates are released, we are glad to learn that we are leaving them on a good note.

What are your thoughts on the documentary? Let us know in the comments below.