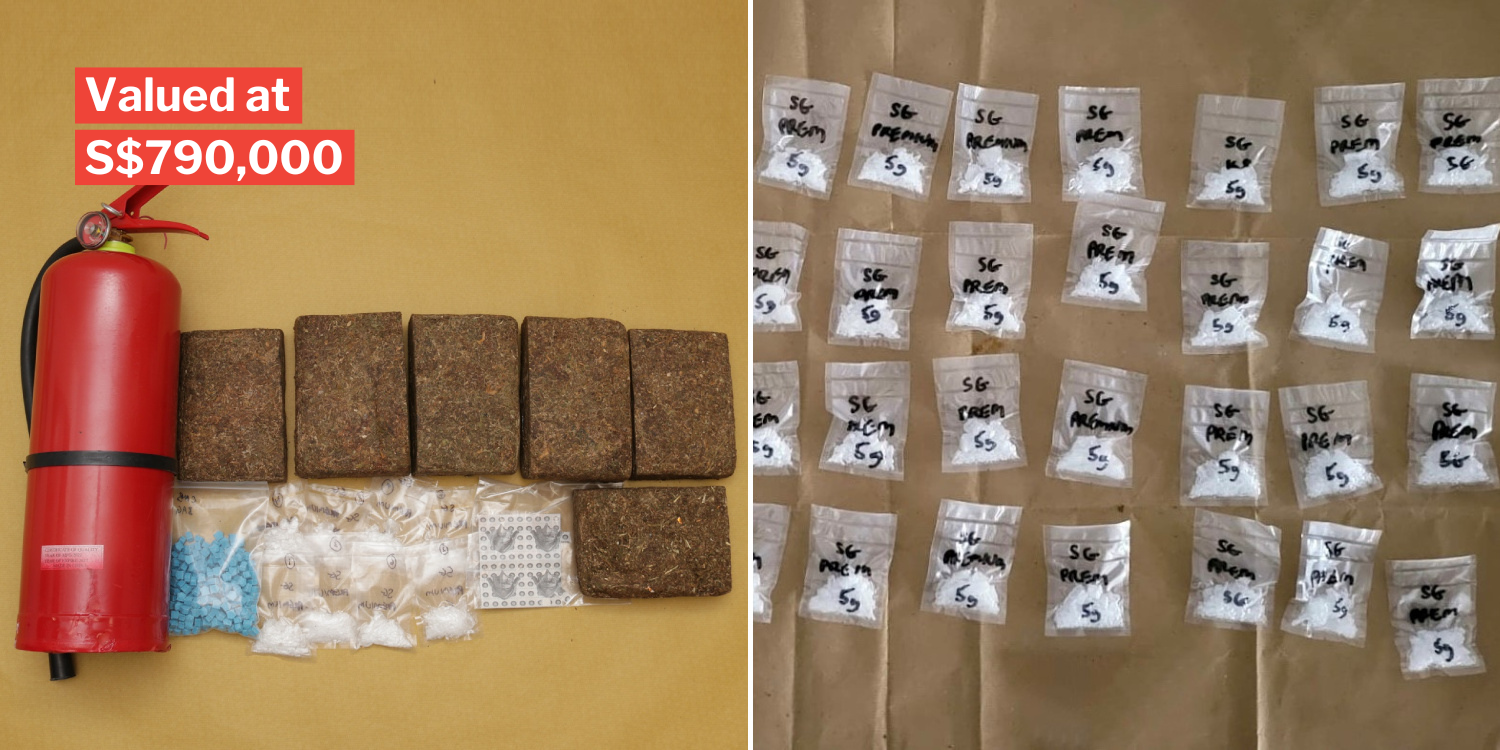 Some of the drugs were hidden in a hollowed-out fire extinguisher.

The Central Narcotics Bureau (CNB) has the difficult task of keeping the drug situation in Singapore under control.

To accomplish that, they would often conduct regular large-scale operations in certain parts of the country.

Their latest raids on 26 Sep in Serangoon, Sengkang, and Yishun bagged them a large haul of drugs.

According to a press release by CNB on Wednesday (28 Sep), they conducted two operations on Monday (26 Sep).

They seized about 8kg of cannabis, 2kg of heroin, 2kg of crystal methamphetamine aka ‘Ice’, 191g of ecstasy tablets, 94 lysergic acid diethylamide (LSD) stamps, and various other drugs.

CNB believes that the total street value of the haul is around S$790,000.

In the first operation, CNB officers intercepted a vehicle belonging to a 42-year-old Singaporean man in the vicinity of Rivervale Street in Sengkang.

They seized a host of drugs, including over 6kg of cannabis.

Interestingly, most of these drugs were hidden in a hollowed-out fire extinguisher. 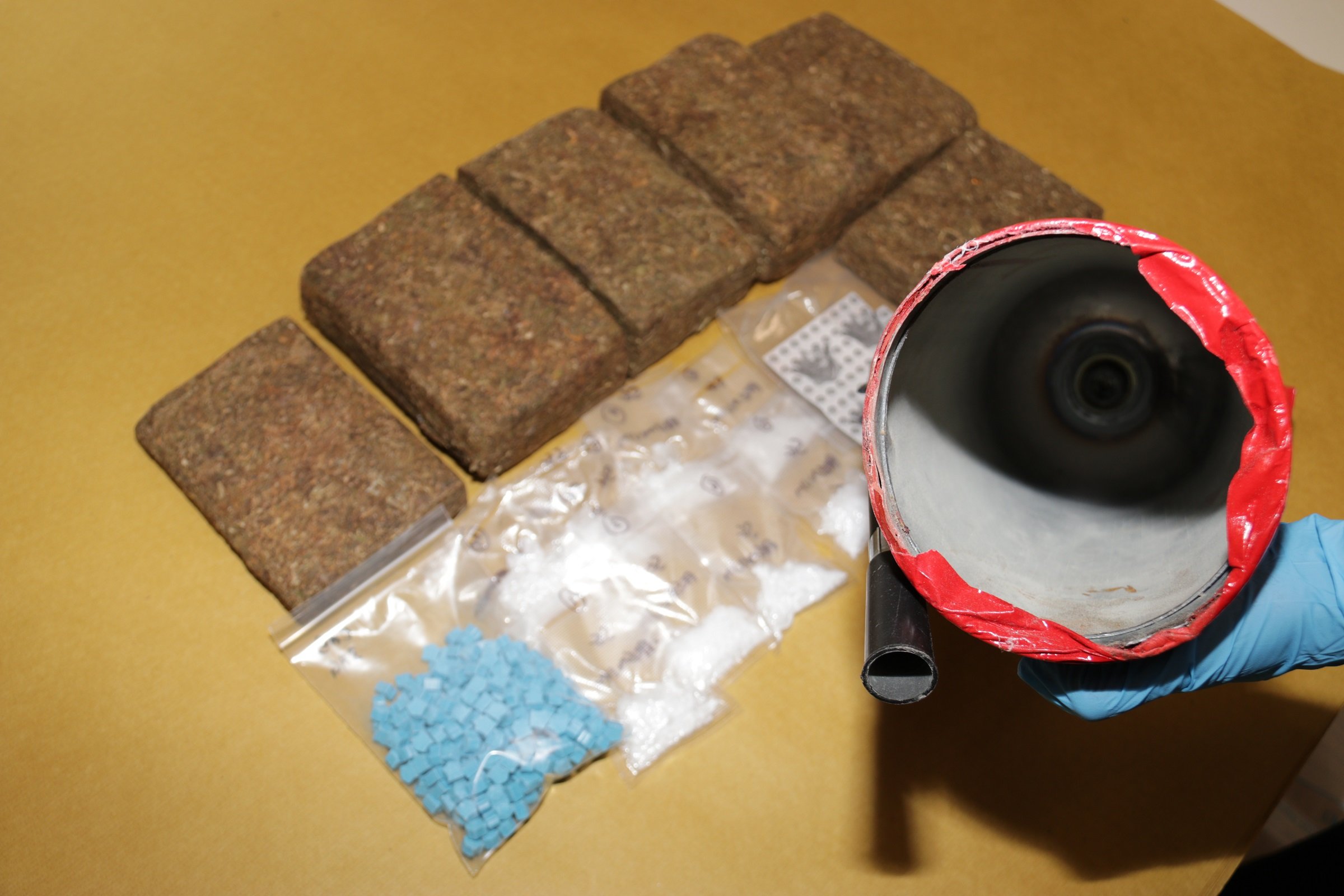 Multiple packets of ‘Ice’, each wrapped and indicated to weigh 5g each, were also seized. After arresting the man, police escorted him to his residence and confiscated the rest of his drugs. CNB officers also found another three fire extinguishers that had been hollowed out.

On the same afternoon, CNB officers conducted another operation in Upper Serangoon View.

This time, they arrested two men, who had put up violent struggles.

After taking the pair into custody, officers confiscated more drugs from their residences in Serangoon and Yishun Avenue 4.

The authorities also arrested a female foreign national in each home. CNB is currently investigating the drug activities of all the suspects in custody.