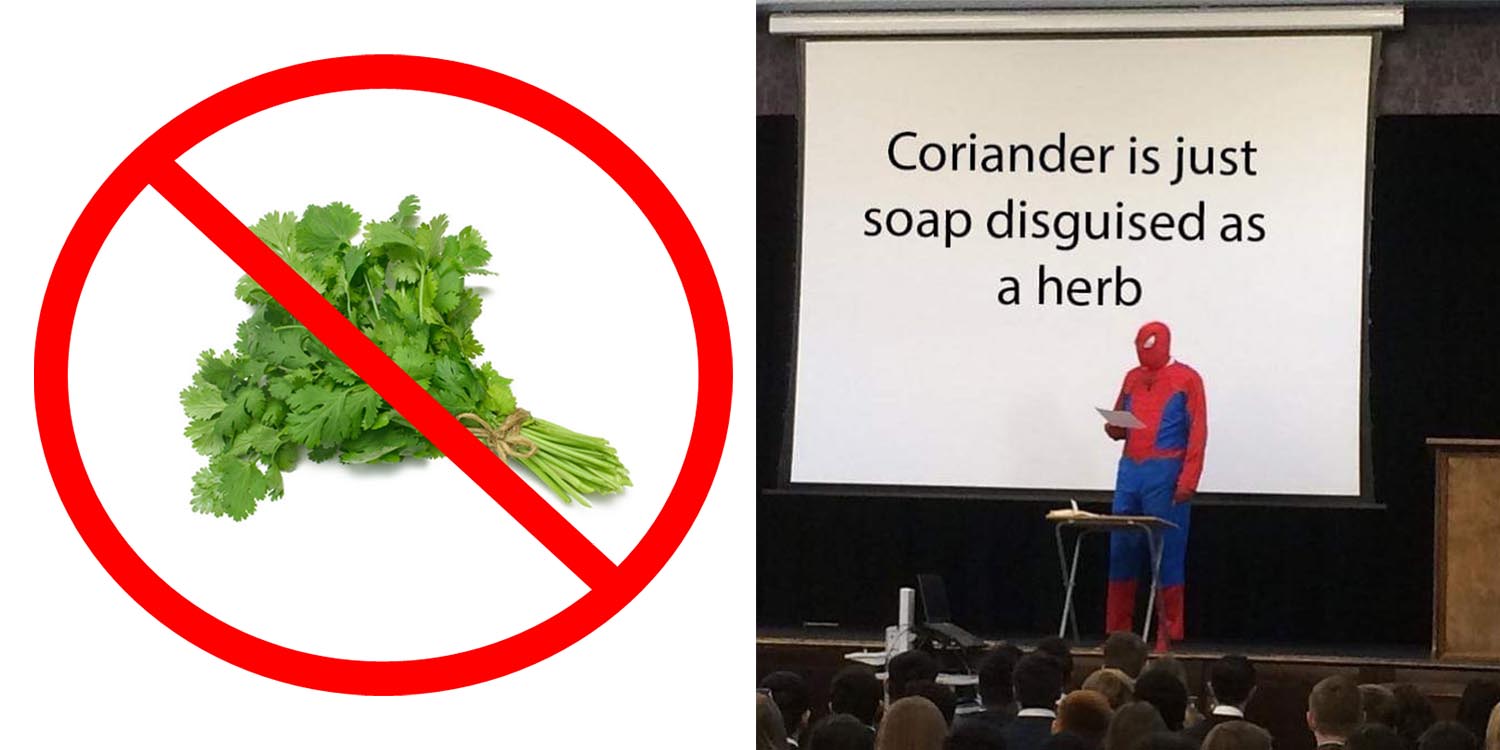 Coriander – also known as cilantro in Spanish or Chinese parsley – is a pungent herb and most definitely an acquired taste. 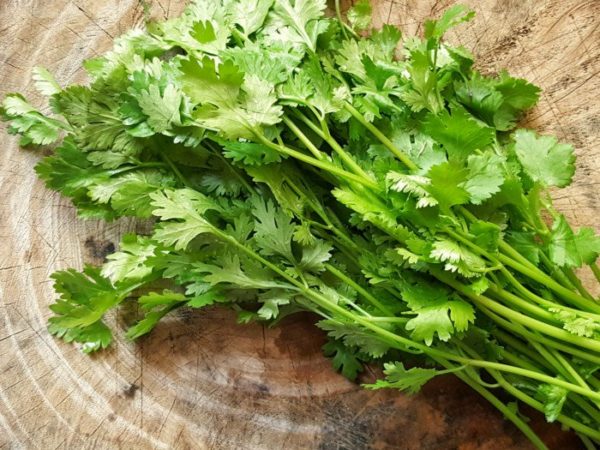 You could say it’s similar to durians — some people love it, while some just don’t.

Since coriander is a common ingredient in Asian cuisine, we believe most of us would have met people who think coriander is the ‘enemy’.

If you’re one of them, know that there’s a lot of people in the world who can relate with you. It’s thanks to this Facebook page that gathers like-minded people to stand against the ‘devil herb’, AKA coriander.

The Facebook page “I Hate Coriander”, is, as the name blatantly suggests, dedicated to people who hate the controversial herb, according to VT.

The page already has 233,400 followers at the time of writing.

People from all parts of the world come together to share their common hatred towards the herb through memes and rage posts.

Here are some funny examples we chose.

1. Raise your hand if you’ve ever felt personally victimised by cilantro

This meme using an iconic Mean Girls’ quote is brilliant. 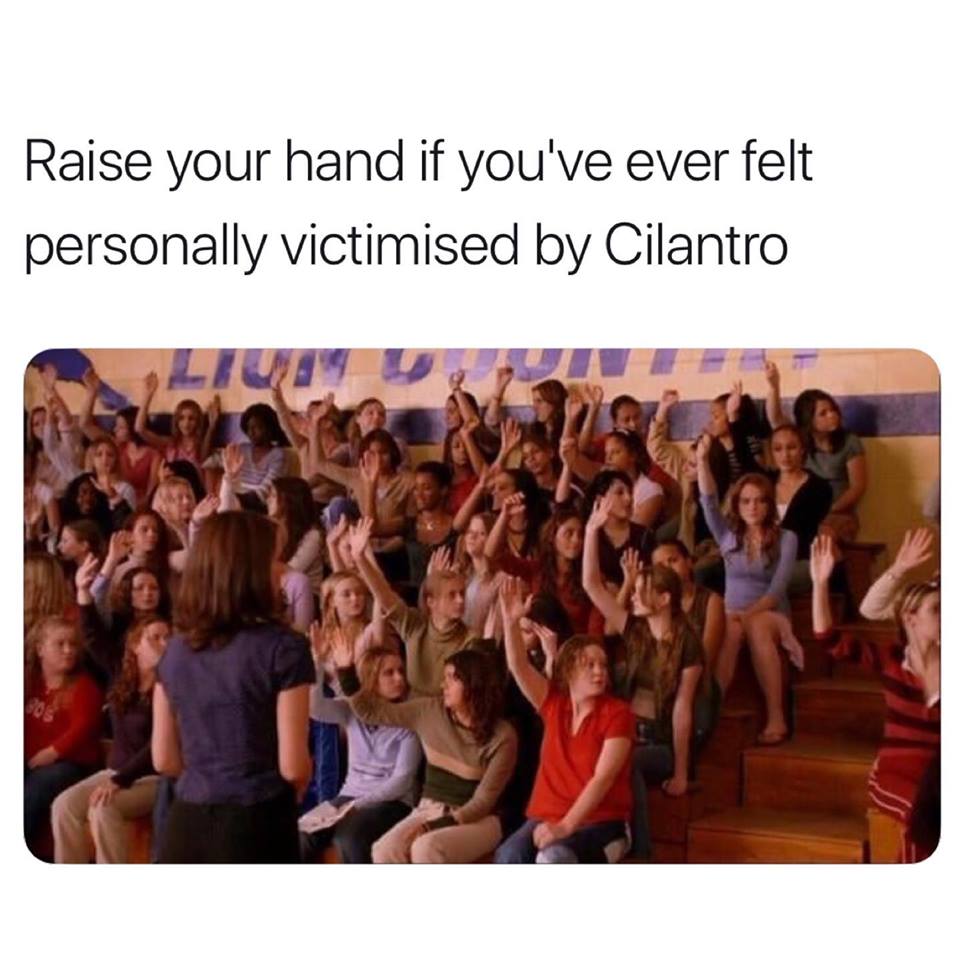 There’s a whole new level of rage dedicated to when one accidentally consumes coriander, according to this meme. 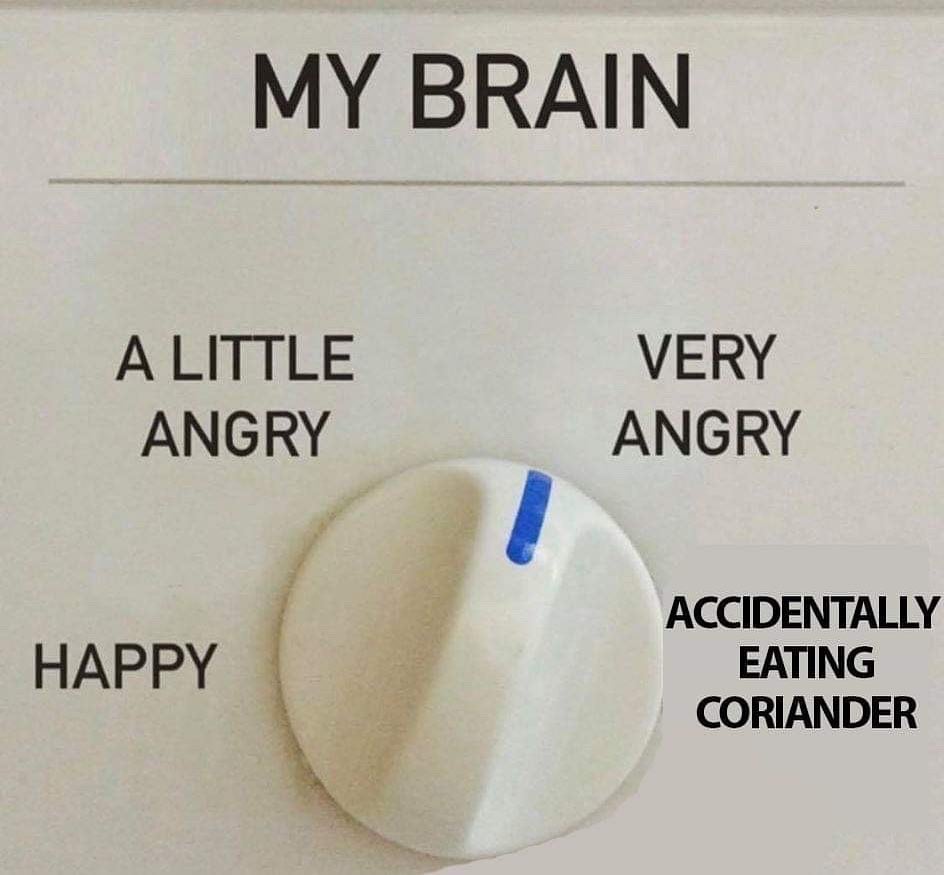 They also posted a chart depicting the level of pain after finding out that a friend likes coriander. There’s more funny memes you can find on the Facebook page, which we’re sure every coriander hater can definitely relate to.

4. Just soap disguised as a herb

Some people find that coriander actually has this weirdly soapy taste to it, hence, this non-mainstream opinion shouted out in a Spider-Man meme. 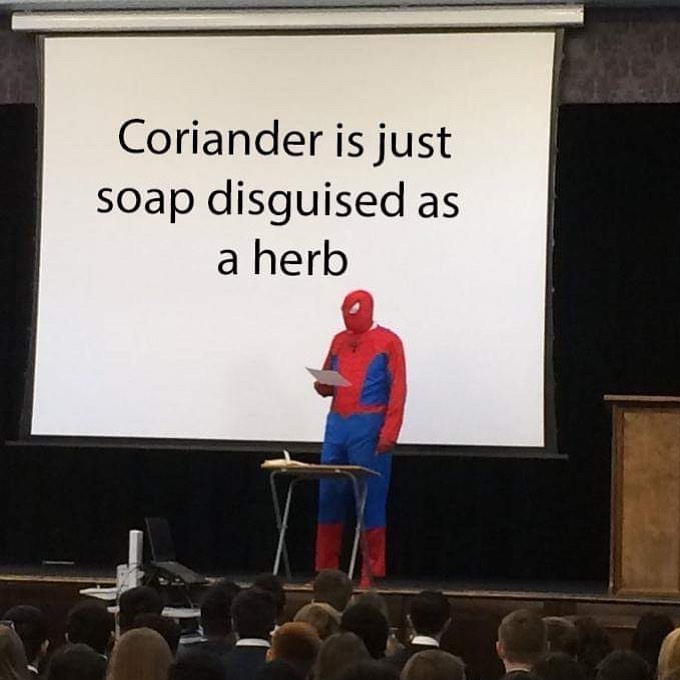 5. Coriander is the Monday of all herbs.

We believe this meme needs no further explanation. 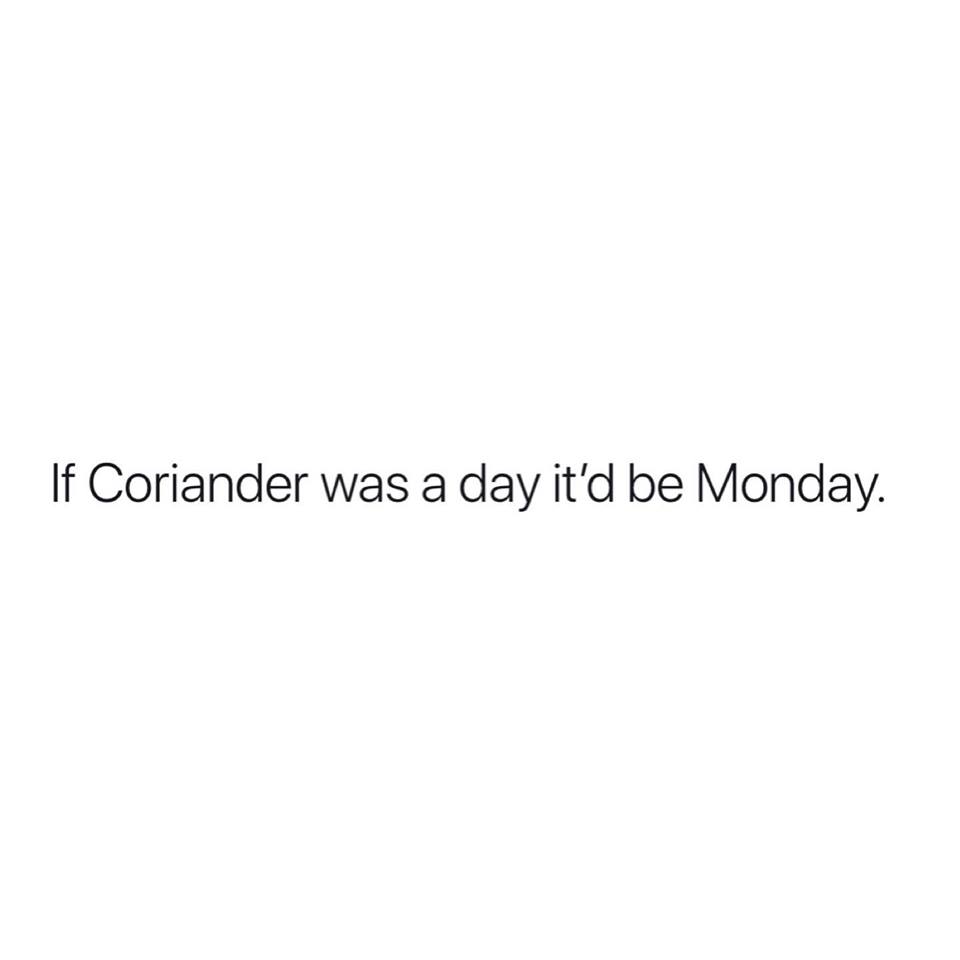 In addition to the memes, coriander haters can also bring their ‘passion’ to the next level by purchasing anti-coriander merchandise.

If you’re sick of the mala shop auntie asking if you want coriander on your mala, you can buy the “I HATE CORIANDER” shirt for around S$28.10 (AUD$29.95), so you won’t have to hear the same question again. 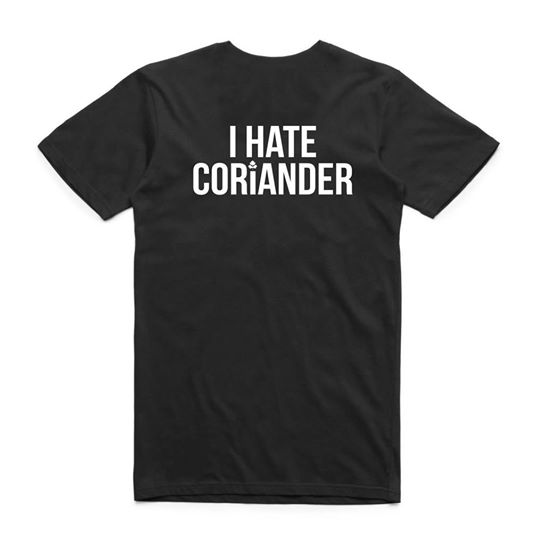 Available in both black and white
Source

You can even bring your high-key anti-coriander passion to lecture halls if you purchase the pullover for around S$42.20 (AUD$44.95). 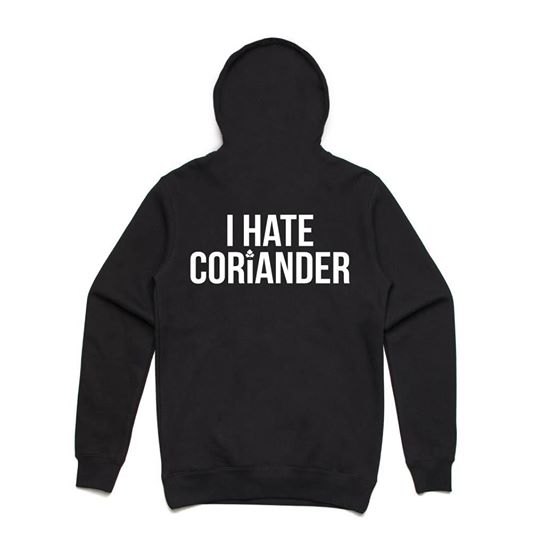 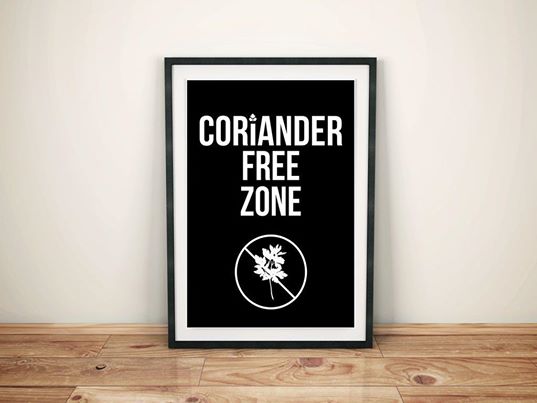 There are also more items you can purchase to fuel your ‘hatred’ towards coriander. You can find them here.

Do note that prices above exclude shipping fees.

Coriander leaves are actually good for our body

Despite the smell, coriander leaves are proven to contain anti-cancer properties and are also commonly used in Chinese dishes to enhance flavours.

Though, we may have to concede that this bit of information will do little to change the minds of coriander haters.

So, are you for or against this coriander-hating movement? Let us know in the comments below.

Feature image adapted from Talkin’ Trash with UHN and I Hate Coriander on Facebook.