Filipino Couple Gets Married As Volcano Erupts Behind Them, Ends Up With Once-In-A-Lifetime Wedding Pics 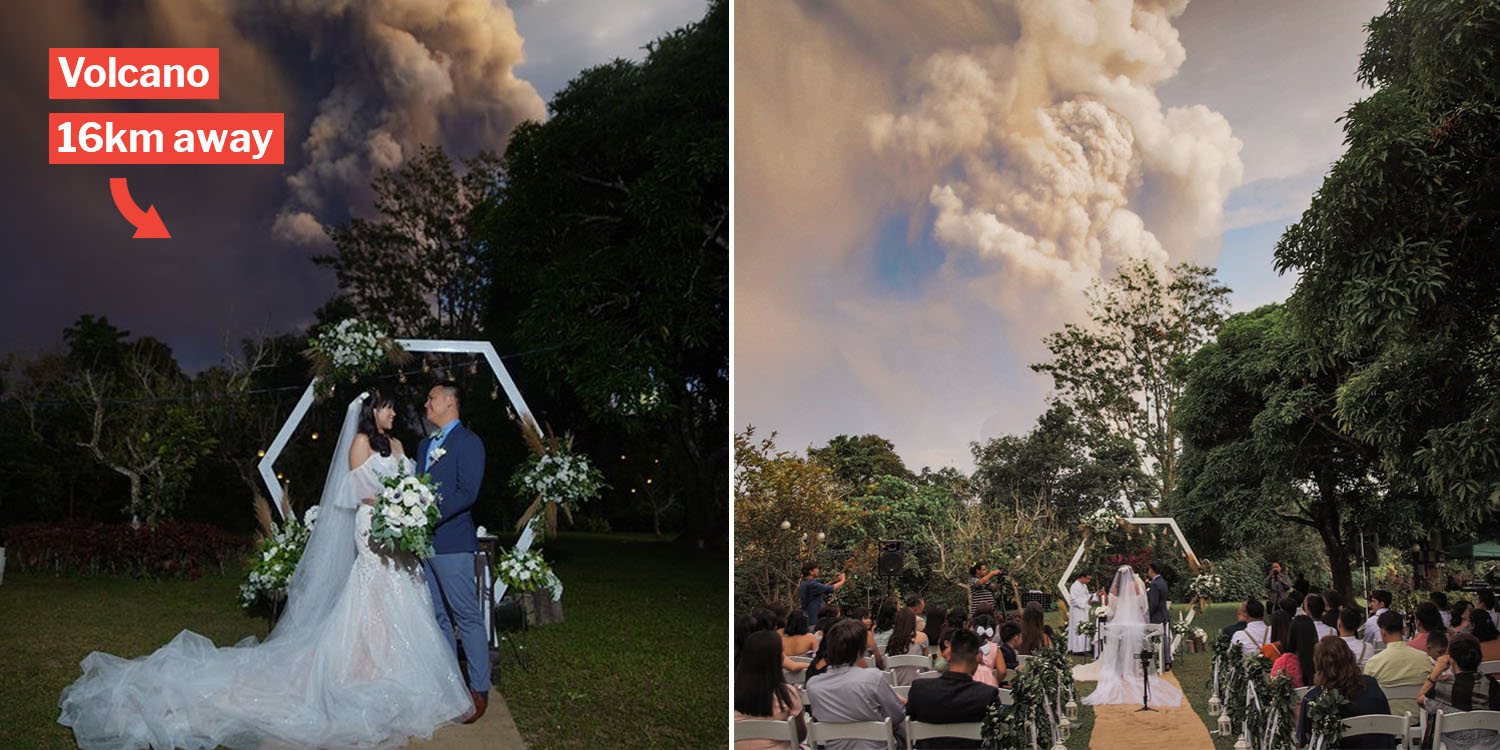 "Through thick and thin" indeed. 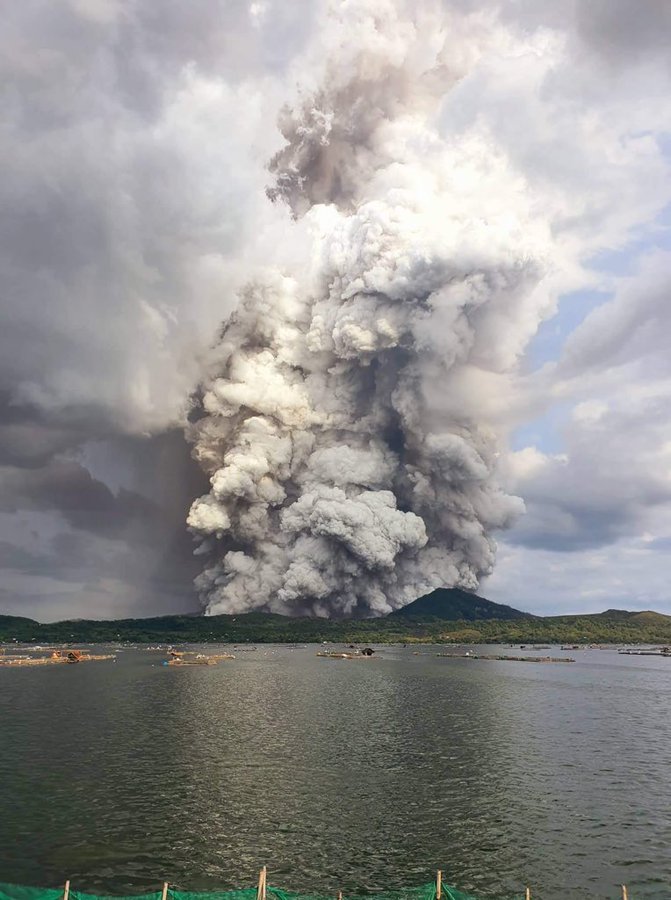 Channel News Asia (CNA) reported that over 16,000 people were evacuated from the island and neighbouring locations for safety.

However, a Filipino couple decided to brave through the disaster hand-in-hand, and got married while the volcano erupted 16km behind them, according to CNN. 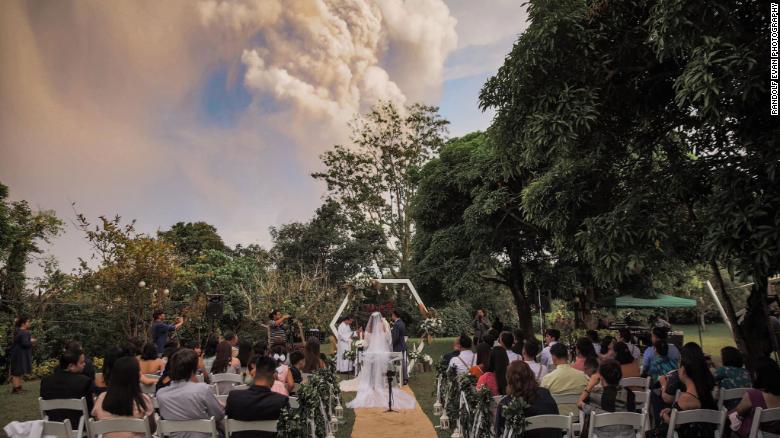 Though Evan and his wife decided to carry on with the wedding, he told CNN that they were actually “very nervous” about the ongoing natural disaster.

Evan added that even while working, they would check their social media constantly for updates.

Hence, the two were actually well-aware of the “warnings and escalating levels”. But in the end, the couple still managed to exchange wedding vows and eventually said “I do”.

Even though getting married in front of the volcano sounds scary, this rare occasion left the couple with beautiful once-in-a-lifetime wedding photos.

Just look at this photo of the couple sitting at the altar while the clouds swirl above their heads. 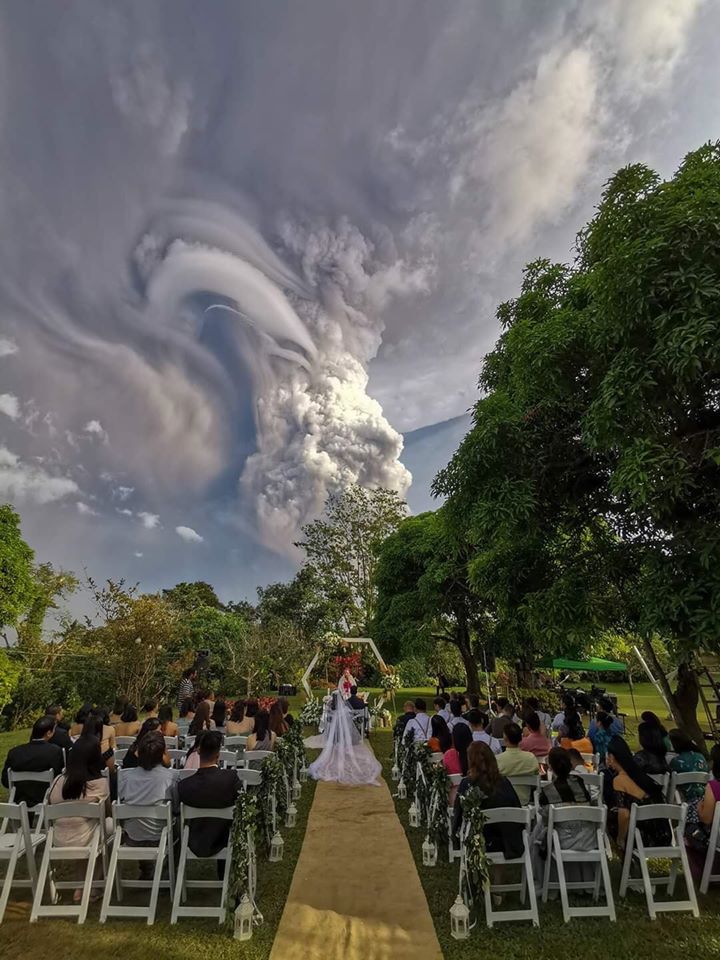 The company hosting their wedding venue subsequently posted the photo with the caption: “The wedding continues! 😍”

The couple and their guests sitting seemingly calmly even with the volcano spewing ash in the background is quite the sight to behold.

Cheers to the photographer, Warren S. Garcia, for getting these amazing snaps!

Volcano didn’t stop them from getting married

Starting the rest of their lives together on such a mind-blowing note was probably not what Evan and Kat expected.

However, this is indeed a living example of the phrase “through thick and thin”.

Since the couple has braved this volcano together, we believe they’ll have no trouble facing other challenges in the future. 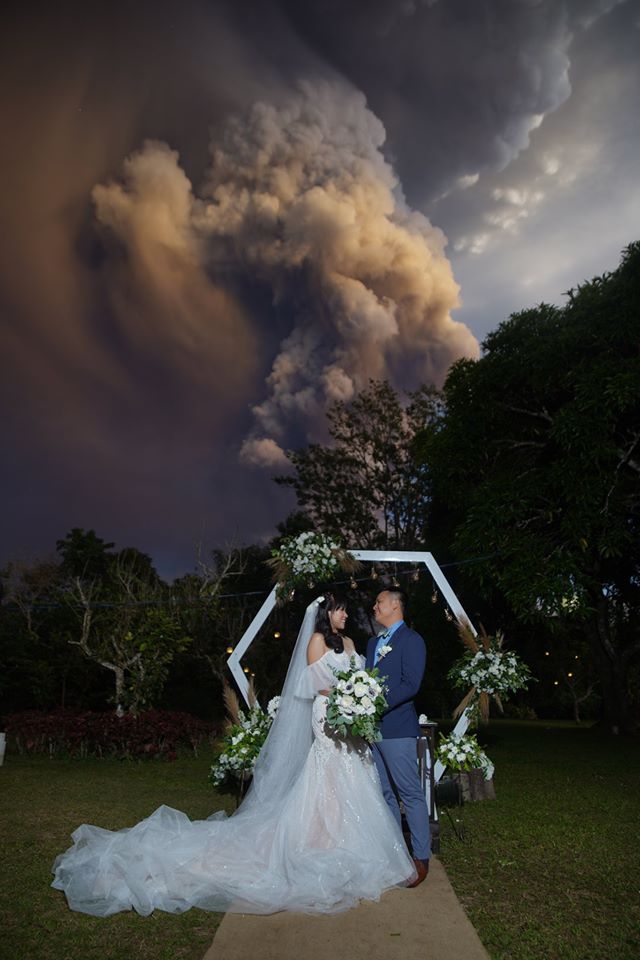 However, we wouldn’t recommend that couples do the same, especially if the dangers are uncertain. Let’s stick to praying for sunny weather or having the wedding indoors.