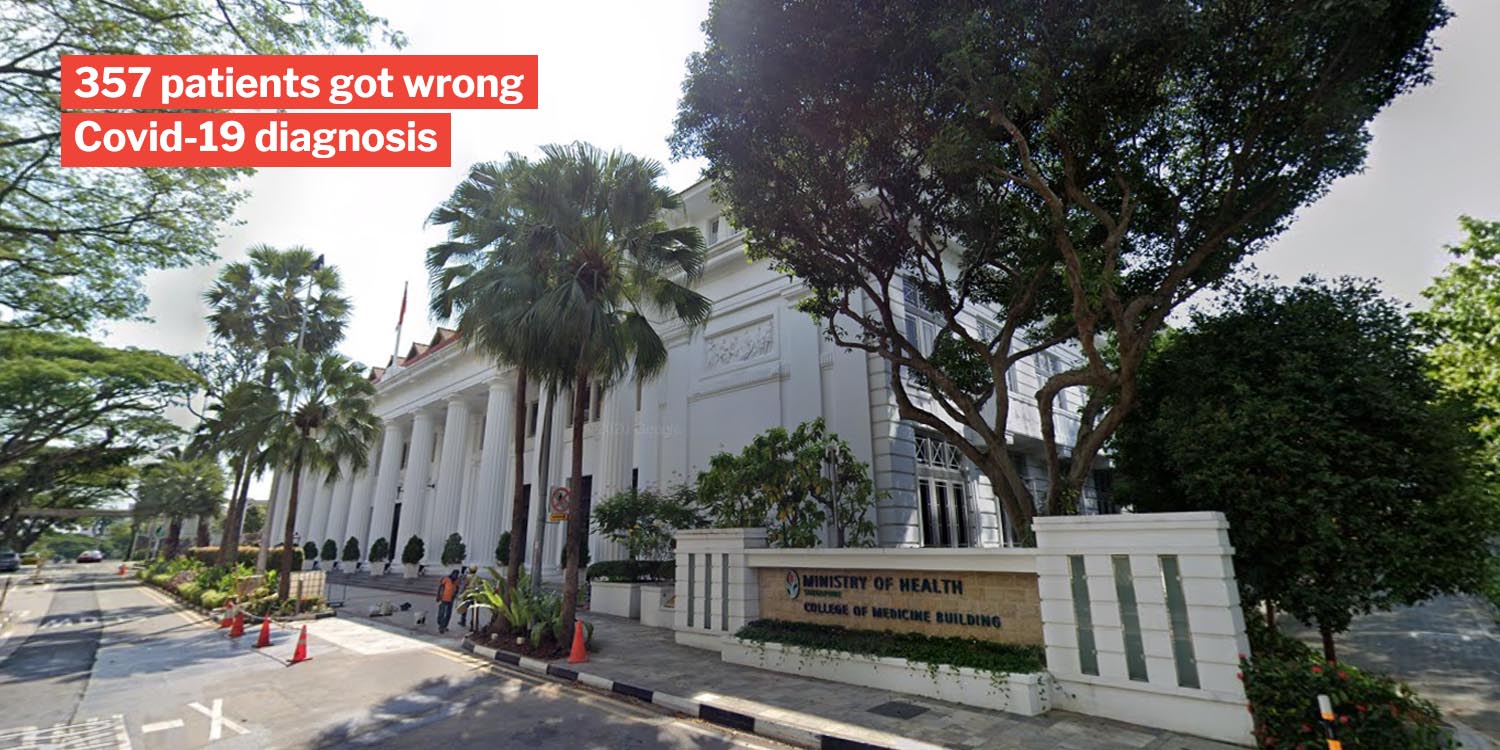 More than 300 Singapore patients had been surprised by a 7pm text message claiming they had a positive Covid-19 diagnosis on Saturday (16 May). The Ministry of Health (MOH) clarified that this was an “IT system testing glitch” in response to queries by Channel NewsAsia (CNA) on Monday (18 May).

A total of 357 people received these “erroneous SMS” messages.

The glitch resulted in these texts being sent out while technicians were trying to “improve the efficiency” of the system.

MOH claims that no “confidential information” was leaked in the process.

According to CNA, 2 patients who had been cleared of Covid-19 & already discharged, received the SMS to their surprise.

Over at the D’Resort isolation facility, another patient who eventually tested negative had gotten the text as well.

Within the next 3 hours, MOH stated that a follow-up message was sent to affected patients by 10pm on the same day.

The follow-up text had clarified the error & carried an apology for “inconvenience & anxiety” caused.

While these erroneous texts were sent by mistake, our hearts are with the patients who had been worried if they had gotten Covid-19 — even for the short span of 3 hours.

MOH has promised that the process has been “reviewed” to prevent similar incidents in the future.

We hope that measures taken will be effective in ensuring that the right diagnosis gets sent to patients accordingly.