The Arab Community Might Be The Inspiration For Crazy Rich Asians

The Young family from Crazy Rich Asians might be affluent, but it has nothing on Singapore’s Arab community, especially in the late 19th and early 20th centuries.

At that time, the community owned up 50% of land in Singapore. But how exactly did these Crazy Rich Asians amass their wealth?

1. They were rich industrialists 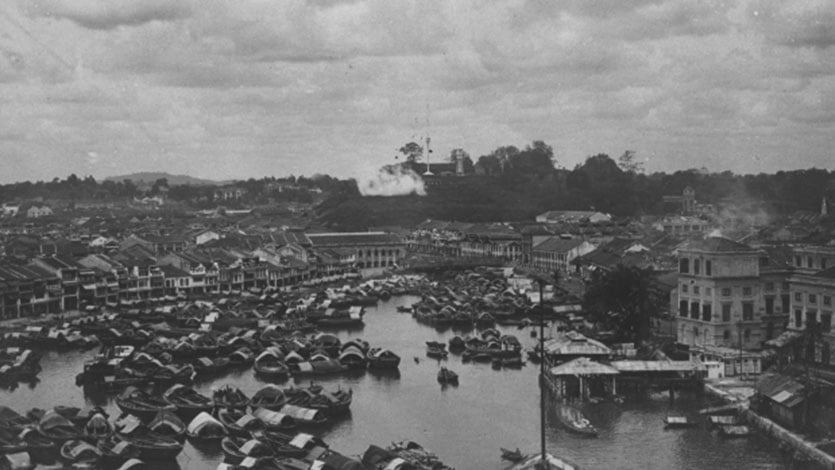 The Young family might be “one of the top ten wealthiest families in Asia”, but the Singaporean Arabs were called “one of history’s most successful Diasporas”.

Attracted by Singapore’s status as a free port they came to Singapore in droves, from a region of Yemen called Hadhramaut. Early migrants were also fleeing famine and economic hardship at home.

Sir Stamford Raffles himself expected an influx of Arabs after founding Singapore in 1819. He dictated the creation of an Arab district in the city to a housing committee in 1822:

The Arab population would require every consideration. No situation will be more appropriate for them than the vicinity of the Sultan’s residence…

By the 1930s, Singaporean Arabs dominated trade, commerce and shipping, operating the largest ships and fleets in the region. The small community of 1,939 was now Singapore’s richest.

2. They had Crazy Rich Mansions 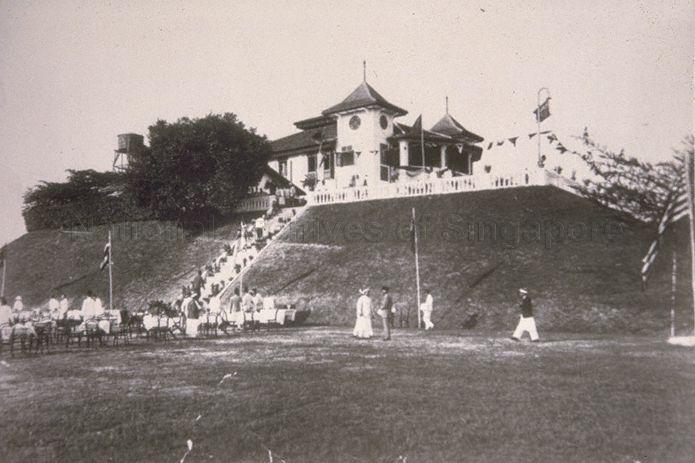 Likewise, in the early 20th century, the newly rich Arabs built themselves fancy mansions and estates. The Alkaff Mansion is a great example of this. Built by the landowning Alkaff family, the building became a household name, symbolising power and wealth.

Tucked away next to Mount Faber, the house hosted Singaporean high society as they discussed politics, war and business.

In 1934, The Straits Times described the mansion this way:

It commands a unique view of the coast, the city and indeed, almost the entire island … Viewed from the bottom of a steep drive leading through the well-kept grounds to the foot of a long flight of stone steps, Mount Washington (Alkaff House) looks large.

It is not very liberally furnished but the verandah on the first floor is a most refreshing retreat, armchairs and settees of teak having blue tapestry fittings. There are many gilt-framed photographs on easels in the house, also many heavy gilt and Venetian mirrors

With its semi-circular white stone balustrade at the top of the bank on which it is built, its stately firs and its view, it is a most tempting place to live

The Youngs have nothing on this.

3. Their wealth made them famous 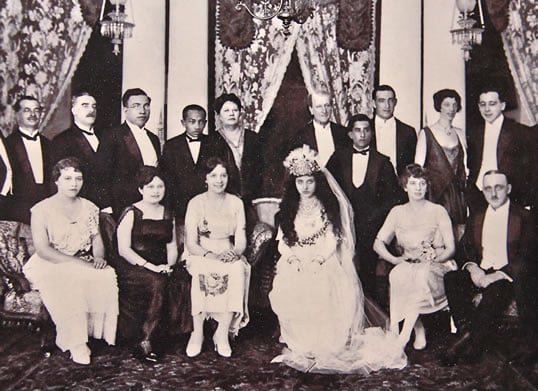 While Nick is known as Asia’s ‘Prince Harry’ — literally Singaporean royalty, the Arabs too exercised a lot influence over society.

Members of the Aljunied and Alsagoff clan both served in public office and had some influence in Government due to their business domination.

However, the comparisons stop there. Unlike the Crazy Rich Asians universe, which is filled with debauchery and extravagance, the Arabs were very charitable with their wealth.

Mr Syed Ali Mohammed Al-Juneid contributed large plots of land to Tan Tock Seng’s hospital and built public wells – at a time when none were supplied by the Government. The Alkaff family built Singapore’s first Japanese Garden (before the one in Jurong) and opened it to the public in 1929.

The rich tradition of ‘wakaf’ was also brought by these Yemeni Arabs to Singapore. Wakaf involves the donation of buildings, land and assets for religious or charitable purposes. Schools such as the Madrasah Aljunied Al-Islamiah and Madrasah Alsagoff Al Arabiah are examples of this.

The Arabs played a crucial role in Singapore’s history and development. They contributed to the welfare of a thriving colony in its early days. While it is easy to forget the community due to its small numbers, it’s important to appreciate its role in the grander Singapore story.

They truly were the Crazy Rich Asians of pre-independent Singapore.