73-Year-Old Ferrari Driver Makes Headlines Again, This Time For Trapping A Worker In A Crane

After all these years, Madam Shi Ka Yee definitely knows the way to the State Courts. That knowledge would have come in handy on Tuesday (14 August), because she was hauled to the court yet again.

This time, it was over road rage, drink driving and most interestingly, confining a man in a crane bucket.

She never seems to learn her lesson and so MustShareNews is declaring her the true Crazy Rich Asian of Singapore (move over Henry Golding).

Here are 5 reasons why.

1. She trapped a worker in a crane

Like every fabulously wealthy person, Mdm Shi doesn’t own potted plants – no, she owns whole trees.

One of her trees, a majestic rain tree, allegedly grew into her neighbour’s property. Irritated by this, her neighbour Mr Nasrat Muzayyin tried to get her to prune it.

Since she refused to, Mr Nasrat took matters into his own hands and hired workers to prune the tree.

Pissed off by this, Mdm Shi Ka Yee stormed into Mr Nasrat’s house and hurled vulgarities at him. She got really melodramatic at this point, saying,

You cut my tree, my tree is a living thing, I hope your kids die.

And to prove a point, she removed the crane’s key and drove off with it. This left Indian national Mr Ankathi Thirupathi stranded in the air for about an hour.

He was eventually rescued by Singapore Civil Defence Force officers.

Much ado over a tree?

2. She drove into her neighbour (almost)

Mr Nasrat didn’t take any of this sitting down. He went to Mdm Shi’s place and threatened to inform the police of the matter.

Unbothered, Mdm Shi tried to drive out of her property. Mr Nasrat stood in front of the car to prevent her from leaving.

Alas, his heroic move was in vain since Mdm Shi inched her car forward anyway. It even touched Mr Nasrat, who stepped aside for his own safety.

CHARGE: Performing a rash act that endangers the personal safety of others.

3. She got drunk AF in front of police officers

When you’re as rich as Mdm Shi, you can drink like a fish. Last January, police found her at the entrance of Grand Hyatt at around 11pm.

She reeked of alcohol and her words were slurred. In fact, Mdm Shi could hardly walk straight.

No one in their right mind would get behind the wheel – but Mdm Shi did anyway, in full view of police officers.

An officer advised her to take a cab home but she insisted that she was capable of driving.

Mdm Shi Ka Yee managed to pull out of the driveway but was eventually stopped and arrested.

CHARGE: Drink driving and failing to provide a breath sample.

4. She think Orchard Road is her ah gong’s road

No one likes traffic jams but Mdm Shi appears fond of causing them. In June 2016, she stopped her Ferrari in the middle of the busy road.

It wasn’t to deal with a mechanical problem or anything serious – she was just angry that a private bus driver had honked at her. 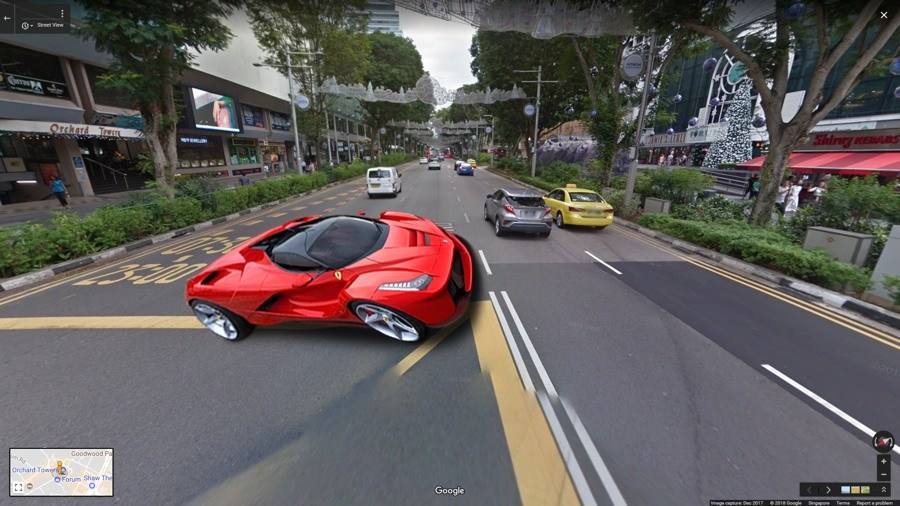 Mdm Shi only moved her car after much persuasion by the police.

5. She punched a motorist

In 2014, Mdm Shi Ka Yee was driving along Telok Ayer Street when she encountered a BMW. According to Mdm Shi, she had no space to pass and started honking at the car, driven by a Mr Raphael Chong.

Mr Chong indicated that she had enough space to pass and said,

Don’t blame me if you are a lousy driver.

Nobody insults Mdm Shi’s driving. She got out of her car and punched Mr Chong on the face, leaving him with a cut that needed stitches.

Mdm Shi Ka Yee was reportedly suffering from depression and post-traumatic stress disorder when she committed these crimes. But those conditions hardly justify her actions.

Let’s hope she learns her lesson this time. But hey, at least she’s fierce AF. Just look at her leaving the Courts on Tuesday: