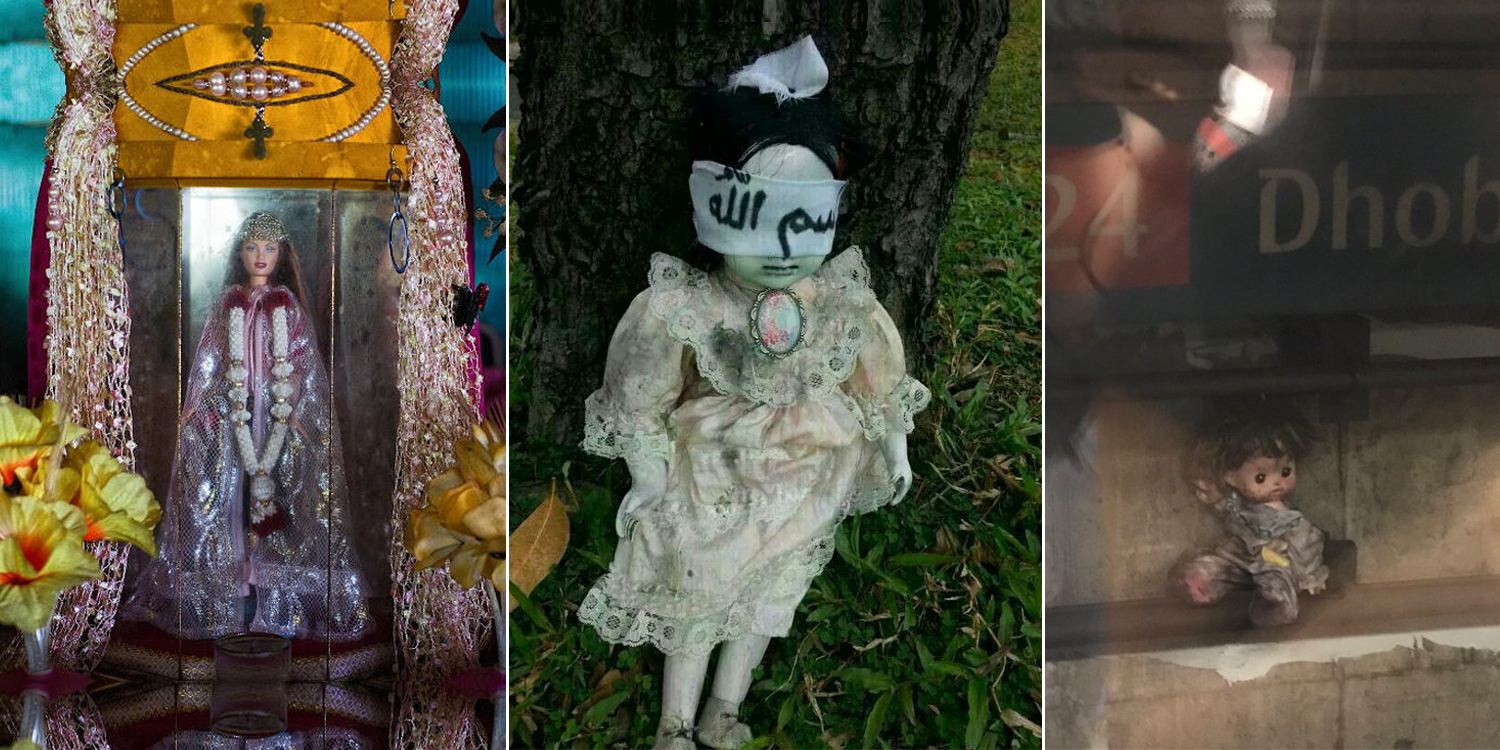 Singapore has some pretty spooky doll stories of our own too.

Creepy Dolls Aren’t Cool If They’re Found Near You

It’s that time of year when people dress up in crazy or creepy costumes and share stories of paranormal encounters to scare themselves.

And there’s nothing scarier than haunted dolls that carry the spirits of the dead and cause unrest among the living.

If you think you’re safe from stories of possessed dolls like Annabelle because they’re thousands of miles away, you might want to think again.

We’ve put together a list of 5 incredibly creepy dolls that people have actually found here in Singapore – and spoiler alert – not all of them were found in Yishun. Some could have been right in your neighbourhood.

The doll was found leaning against a tree by the side of a busy road in Hougang in June 2014. 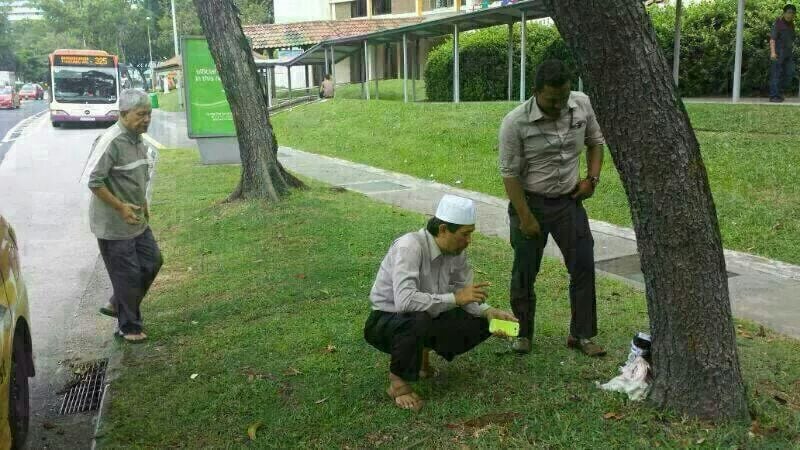 The lace dress it wore wasn’t as scary as the white blindfold that covered its eyes.

“Bismillah” which translates from Arabic into “In the name of God” was written in thick, black ink across the blindfold. 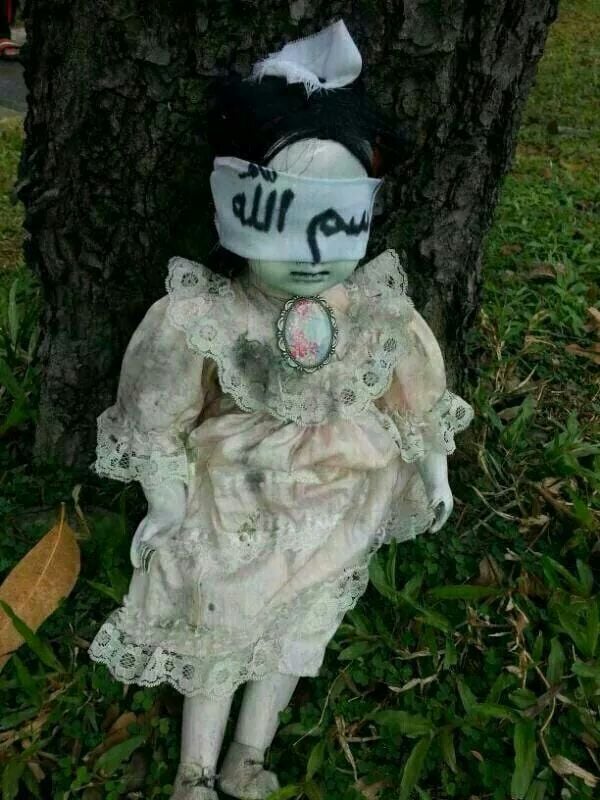 Many netizens reacted to the original post on Reddit and shared the story on multiple online platforms, which created quite a sensation worldwide.

Nobody knows the real story behind the doll’s existence and the blindfold but the speculations that arose are enough to make us shiver in fear:

And apparently somebody did untie the blindfold unwittingly. We wonder who did that and what happened to the unknowing person.

A suicide involving a guy hanging beside an apartment block and a murder case occurred on the same day the doll was found. Coincidence? Maybe.

What appeared to be a picture of the very same doll with her blindfold removed circulated some time later and netizens were pretty shook. 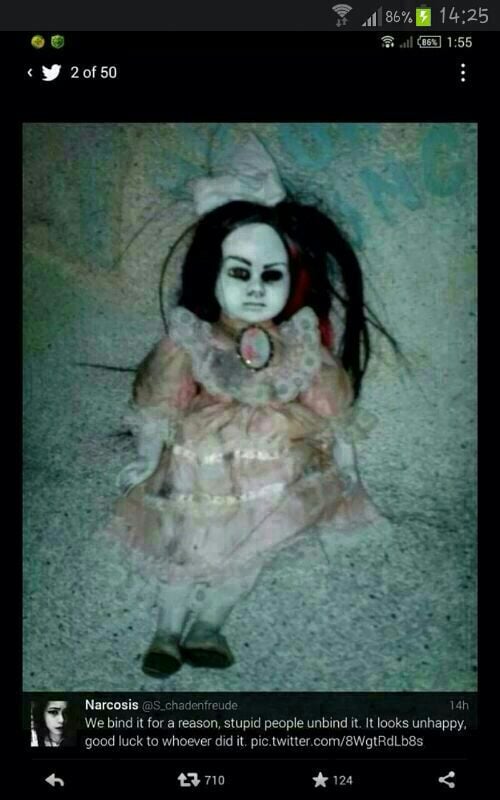 A netizen who tweeted about it expressed anger at the removal of the blindfold, warning the doer that “It looks unhappy, good luck to whoever did it.”

Nobody has seen or heard of the doll again since its discovery.

Legend has it that in 1914 during World War I, the British captured a German couple in Singapore whom they suspected were spies.

The couple’s daughter managed to get away, only to fall off a cliff in Pulau Ubin and die.

Residents erected a shrine in her memory, with a porcelain altar that reportedly contains her crucifix.

The Barbie doll, however, only appeared in 2007, after a male islander dreamt of a white girl leading him into a toy store and to a Barbie doll inside it.

After having the dream for three nights in a row, he went to the store the next day and found the exact doll from the dream. He bought it and placed it at the shrine in place of an urn that used to be there. Visitors have since been leaving offerings of beauty items such as perfume and lipstick there.

It’s curious how extravagant the doll’s costume looks. Was it originally like that or did someone decide to dress it that way?

In 2014, residents in Jurong West reported sightings of a demonic doll at the void deck of a block of HDB flats.

Only one grainy picture ever provided proof of these sightings and it’s already giving major evil spirit vibes. 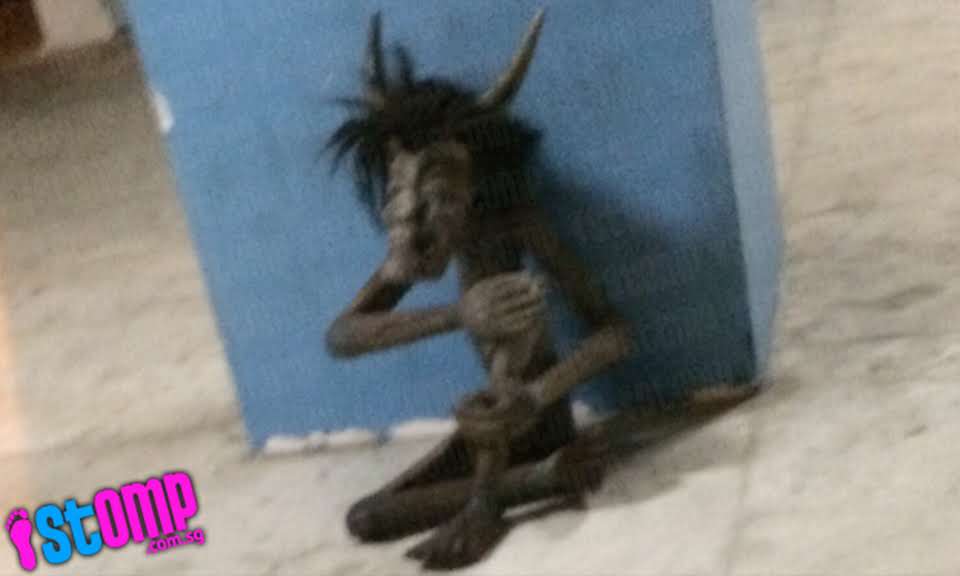 It’s hard to pick up anything other than its horns, tufts of jet black hair, squarish jaw and strange sitting position. People who saw it claimed it was holding a cigarette in its hand.

Residents haven’t seen it again since that one incident.

Maybe it left its lepak spot after a good smoking session. That could explain the vague smile on its face.

What looked to be a child’s doll clad in dirty, crumpled clothes was spotted by Ms Ashley Soo beside the MRT tracks at Dhoby Ghaut station in January 2017.

OH MY GOD YALL I SAW THIS AT DHOBY GHAUT STATION pic.twitter.com/PSg55BSai6

The doll’s wide eyes and eerie smile are one thing, but look at its posture. Surely it couldn’t have sat itself there and put a hand up against the wall like that. SMRT removed the doll the next day and nobody knows what happened to it after. Next time you stand by an MRT window, keep a lookout in case it makes a surprise reappearance.

Okay, these aren’t really creepy dolls but they come in human-like forms, have spooky expressions, and could possibly be a host for dead spirits, which tick all the boxes. 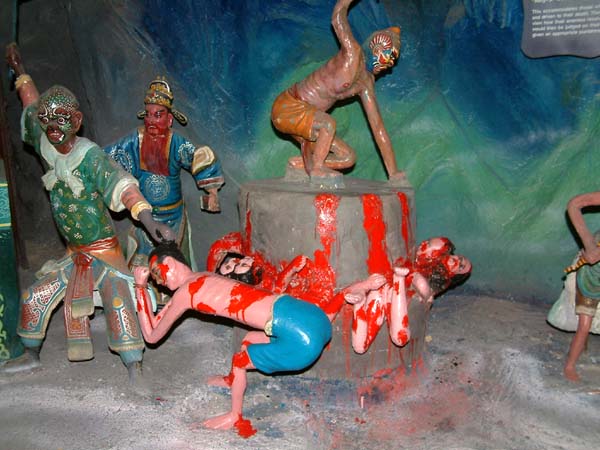 With rumours that Haw Par Villa was the location of the gates of Hell, it’s no wonder that so many stories of hauntings have emerged from there.

Security guards have related stories of paranormal encounters while others have claimed that they heard painful screams from statues depicting punishments in the Ten Courts of Hell.

There’s also a hill in Haw Par Villa itself that served as a dumping ground for abandoned statues. Rumour has it that wandering spirits possess these statues. 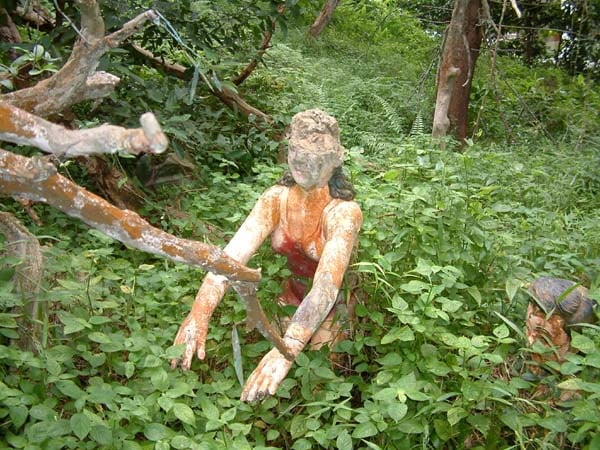 If you need more proof of Haw Par Villa’s spookiness, watch these journalists’ chilling experiences while spending time there after opening hours.

We doubt that you’d find Singapore boring anymore after reading these stories.

If you have urban legends that you know about, feel free to share them in the comments below. 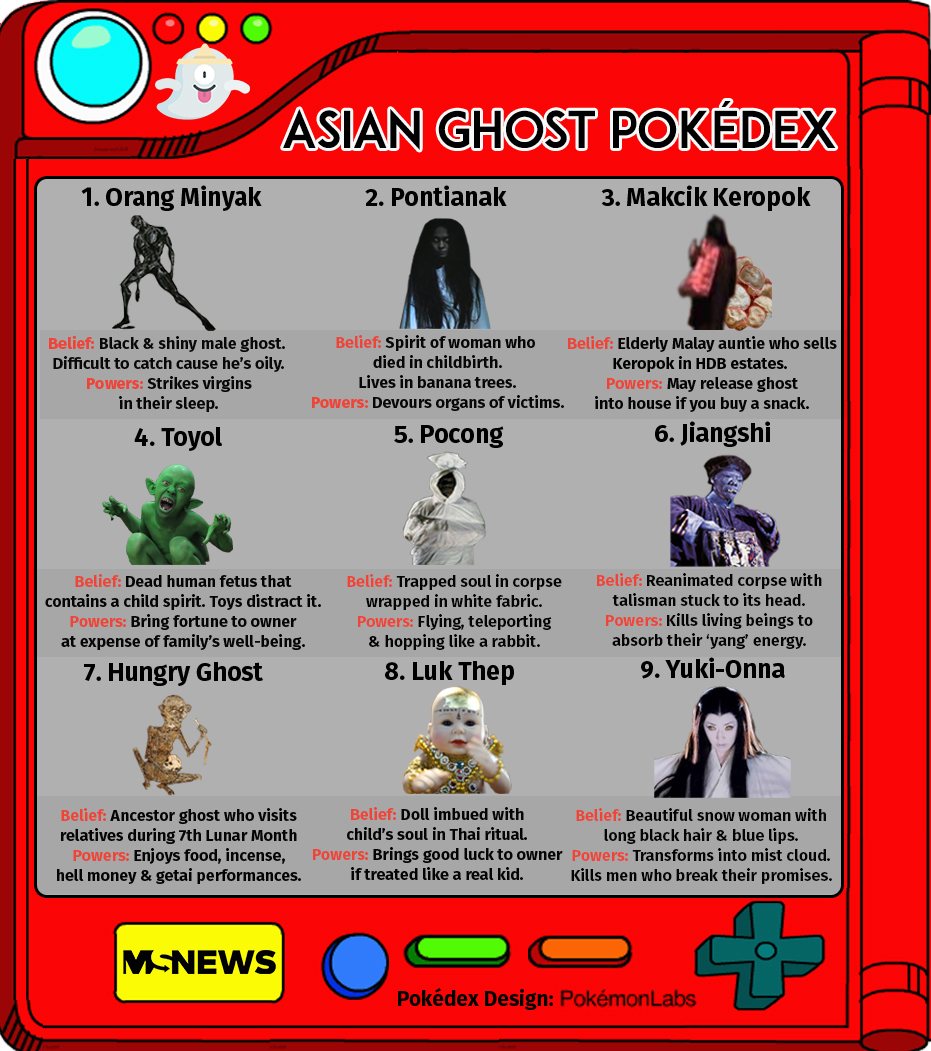