Must Share News – Independent News For Singaporeans
Home Lifestyle FRESH These Cute Crochet Dolls Will Be Hidden Around Singapore For You To... 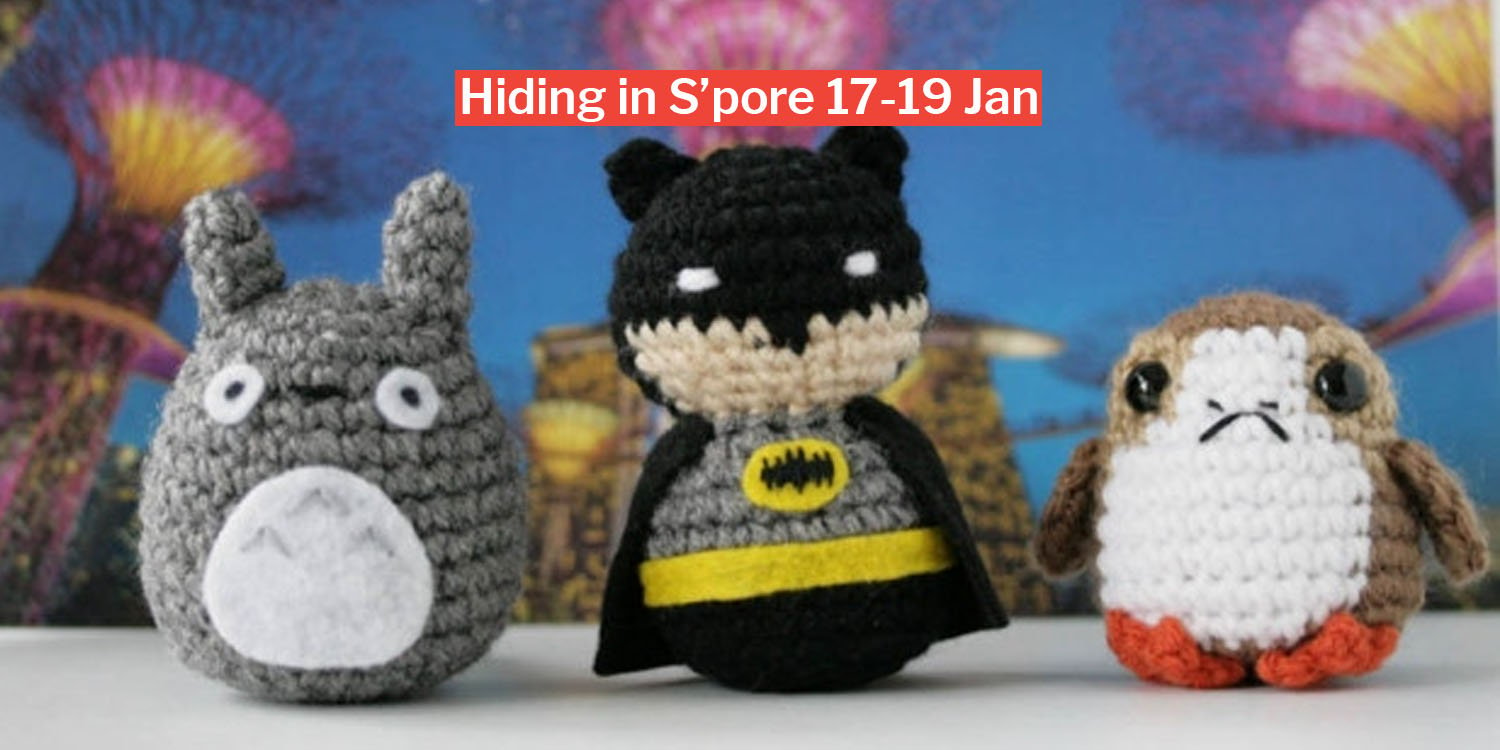 Adorable Crochet Dolls Are Yours To Keep, So Don’t Throw Them Away

You’ve probably found a discarded doll at the void deck or near the rubbish chute of your HDB block before.

As a child, you may have wanted to pick the doll up and give it a new home so badly, but your parents would’ve said no.

Those raggedy dolls did look like they could house angry spirits, but such superstitions shouldn’t stop you from taking these cute crochet dolls. 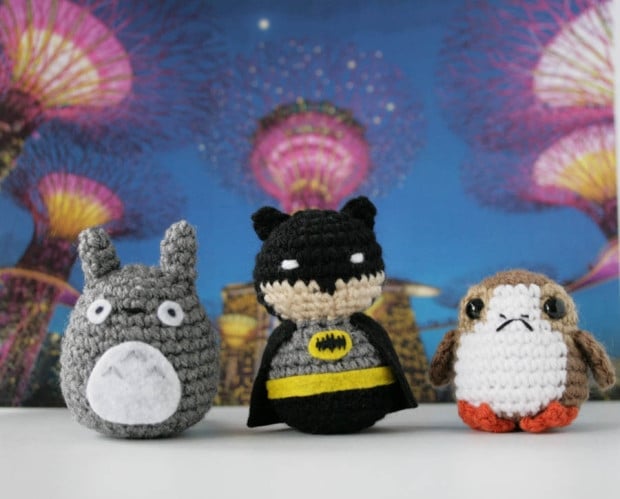 An American crochet artist who will be in Singapore from 17-19 Jan will be leaving her adorable creations around the city for you to find.

Since she’ll be in Singapore for three days, she’ll be making 3 separate drops, one for each day that she’s here.

Three drops means 3 different kawaii dolls so you’ll have something new to look forward to each day.

The little Batman looks too cute, you’d want to be the one protecting the little superhero and not the other way around. 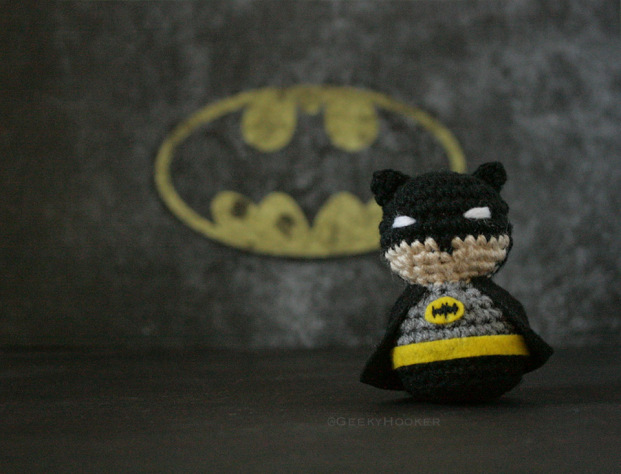 The porg’s googly eyes and small frown are practically begging you take it home.

Studio Ghibli’s popular character from My Neighbour Totoro will also be hiding here. Don’t worry, you won’t be greeted by Totoro’s creepy grin peering from beneath the bushes.

While Singaporeans welcome the American’s heartwarming gesture, many fear that her kindness could be for naught.

One of the concerns is that Singapore’s incessant efforts to stay clean could result in the cute dolls being thrown away.

And there’s also the chance that people would choose to ignore the dolls out of fear that they might be haunted.

The American crochet artist who goes by “The Geeky Hooker” has taken these responses into consideration and wants to find ways to counter those possibilities.

Some Singaporeans have even given suggestions on what she could do.

To clarify that the dolls are meant as gifts, The Geeky Hooker will be attaching special tags to each of them.

The tag lets the finder know to keep the “critter” and inform The Geeky Hooker of the discovery, as well as where the doll’s new home will be. 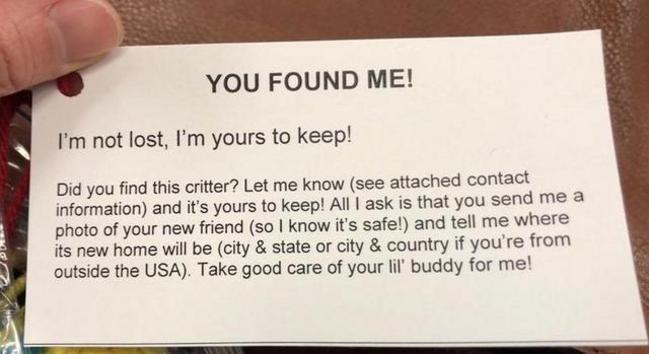 The message reminds the finder to take good care of the crochet doll, as though The Geeky Hooker was giving up her own baby. Get us some tissues.

The idea would be helpful but we’d imagine that the tags will become long letters instead, so we wonder how The Geeky Hooker will execute it.

The Geeky Hooker won’t be giving specific hints of where the crochet dolls will be dropped. 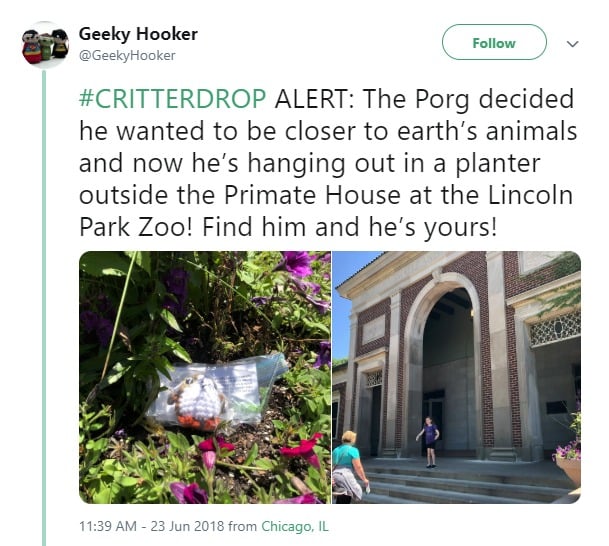 Keep your Twitter open on @GeekyHooker’s page from 17-19 Jan, look out for clues and you might get to bring a unique little crochet doll home.

Featured image from The Geeky Hooker. 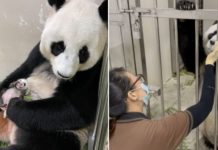 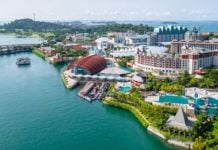