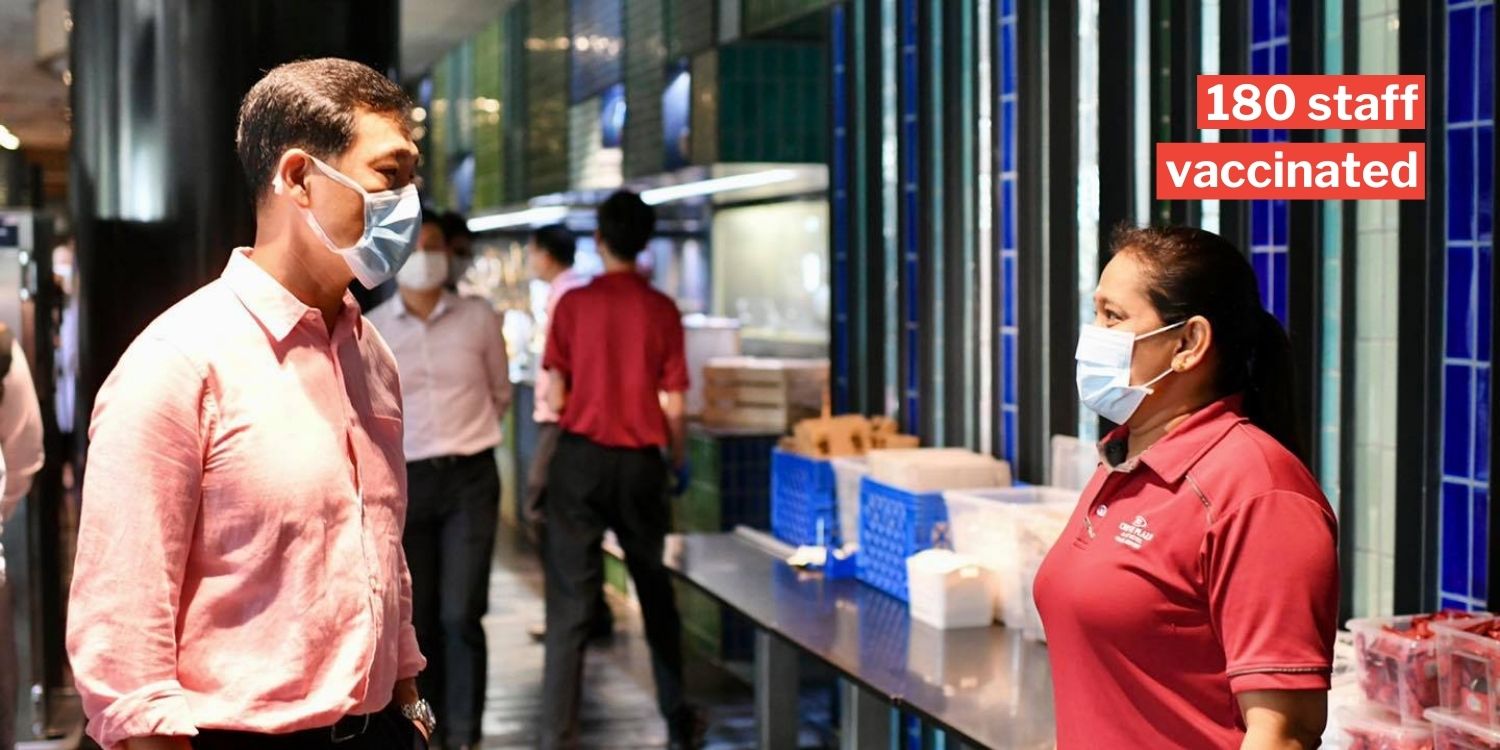 When 3 staff member unfortunately came down with Covid-19, the Crowne Plaza Changi Airport hotel closed down for 2 weeks from 8-21 Jan.

The hotel underwent disinfecting and deep cleaning, and has now reopened. 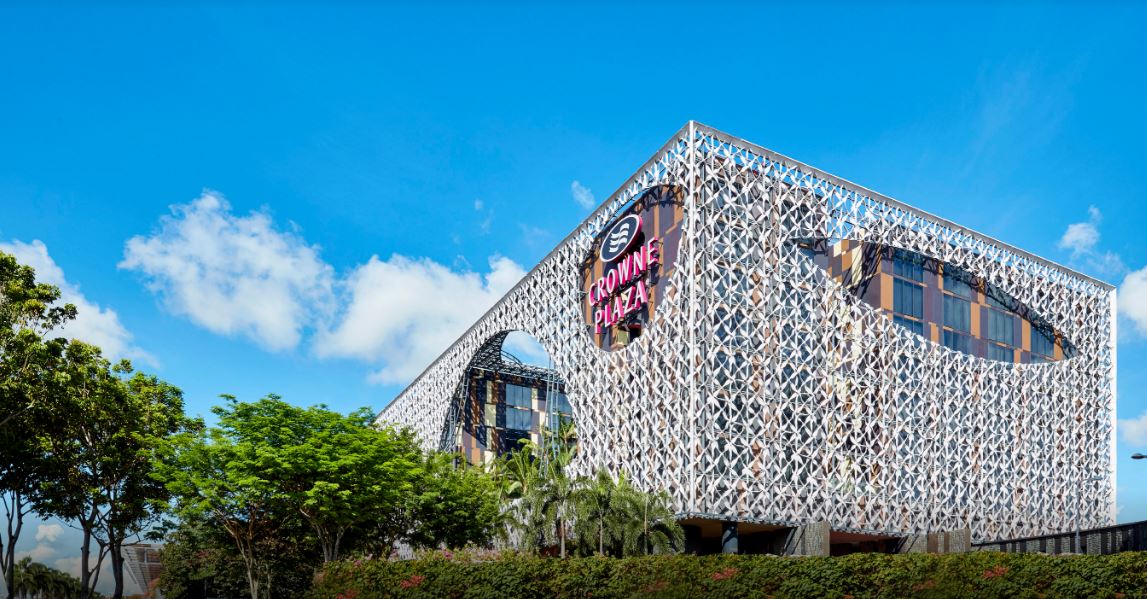 However, those who’re thinking of a staycation near Jewel Changi Airport will be disappointed – staycations for locals are currently not allowed, said Transport Minister Ong Ye Kung in a Facebook post. He also met one of the staff who was infected, saying she’s now recovered and in “good spirits”.

In his Facebook post on Monday (15 Feb), Mr Ong said the 3 Crowne Plaza staff were likely infected by foreign air crew who stayed there during their layover.

Worse still, they were infected by the reportedly more infectious B117 strain.

In fact, our very 1st community case of B117 was a 24-year-old Korean work permit holder who works at the hotel’s Azur restaurant. 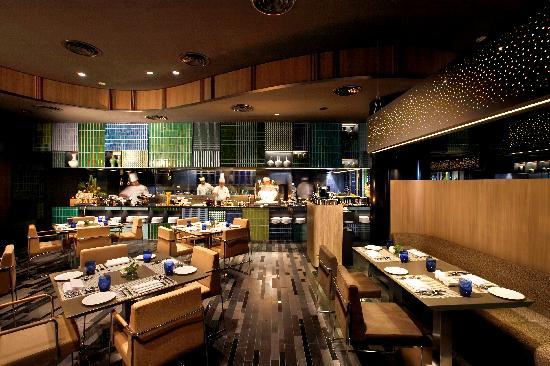 The man was reportedly in charge of delivering pre-packed meals to airline crew members and guests staying at the hotel.

A 3rd Azur staff subsequently came down with the B117 strain. He’s a 20-year-old Singaporean who’s a close contact of the Korean and did a similar job as him.

Since it’s better to be safe than sorry with Covid-19, it makes sense that the hotel closed for awhile.

Now that it’s reopened, Mr Ong went down to check up on the tighter procedures the hotel has implemented since then to keep staff and guests safe.

One measure is they have totally banned staycations, and will accommodate only foreign air crew. 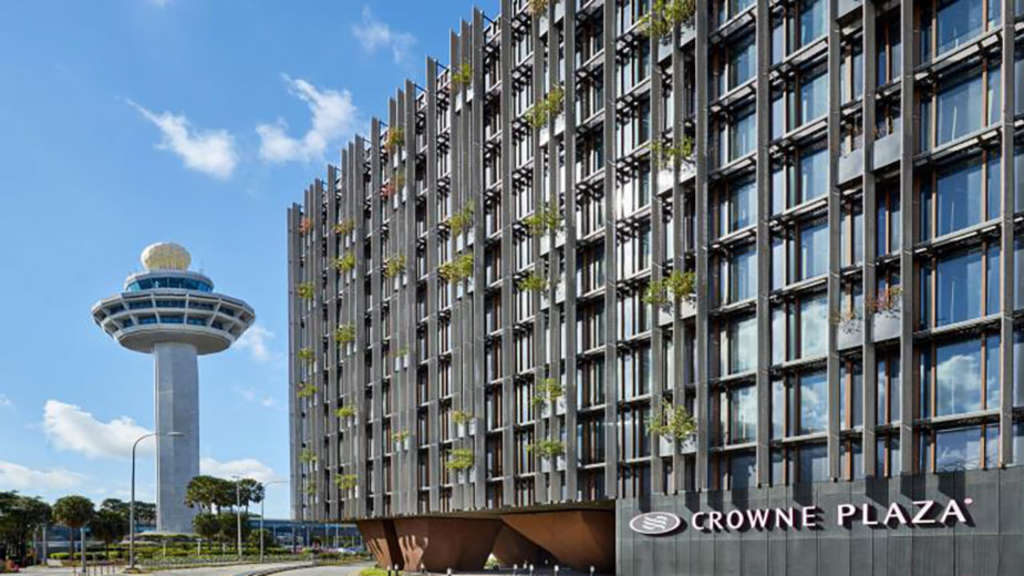 To ensure the foreign air crew stay in their rooms, contactless laundry and food delivery will be provided for them.

Mr Ong was most impressed by the division of the hotel into Green and Amber zones.

They’re marked as such depending on the likelihood that people there can be exposed to Covid-19.

The kitchen and Azur restaurant is a Green zone, where staff prepare and pack food.

According to photos, staff at the Green zone just have to wear a face mask.

However, in an Amber zone, staff have to wear full personal protective equipment (PPE) due to the higher chance of infection.

For example, just outside the restaurant is an Amber zone, where staff collect the food to be delivered to the rooms. 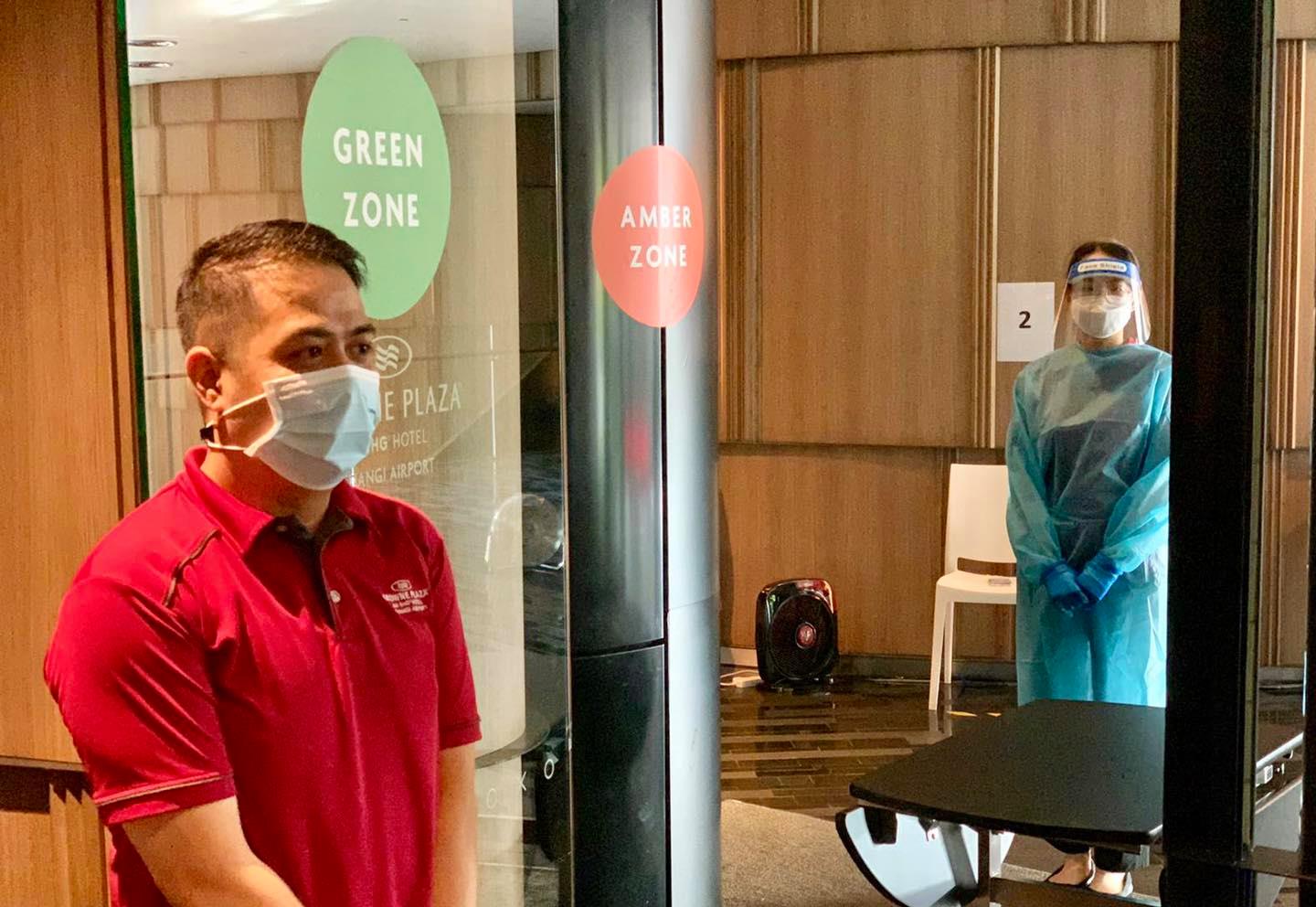 Mr Ong also met one of the staff members who was infected with Covid-19.

He identified her as Ms Thulasi, and said she has already recovered and gone back to work. 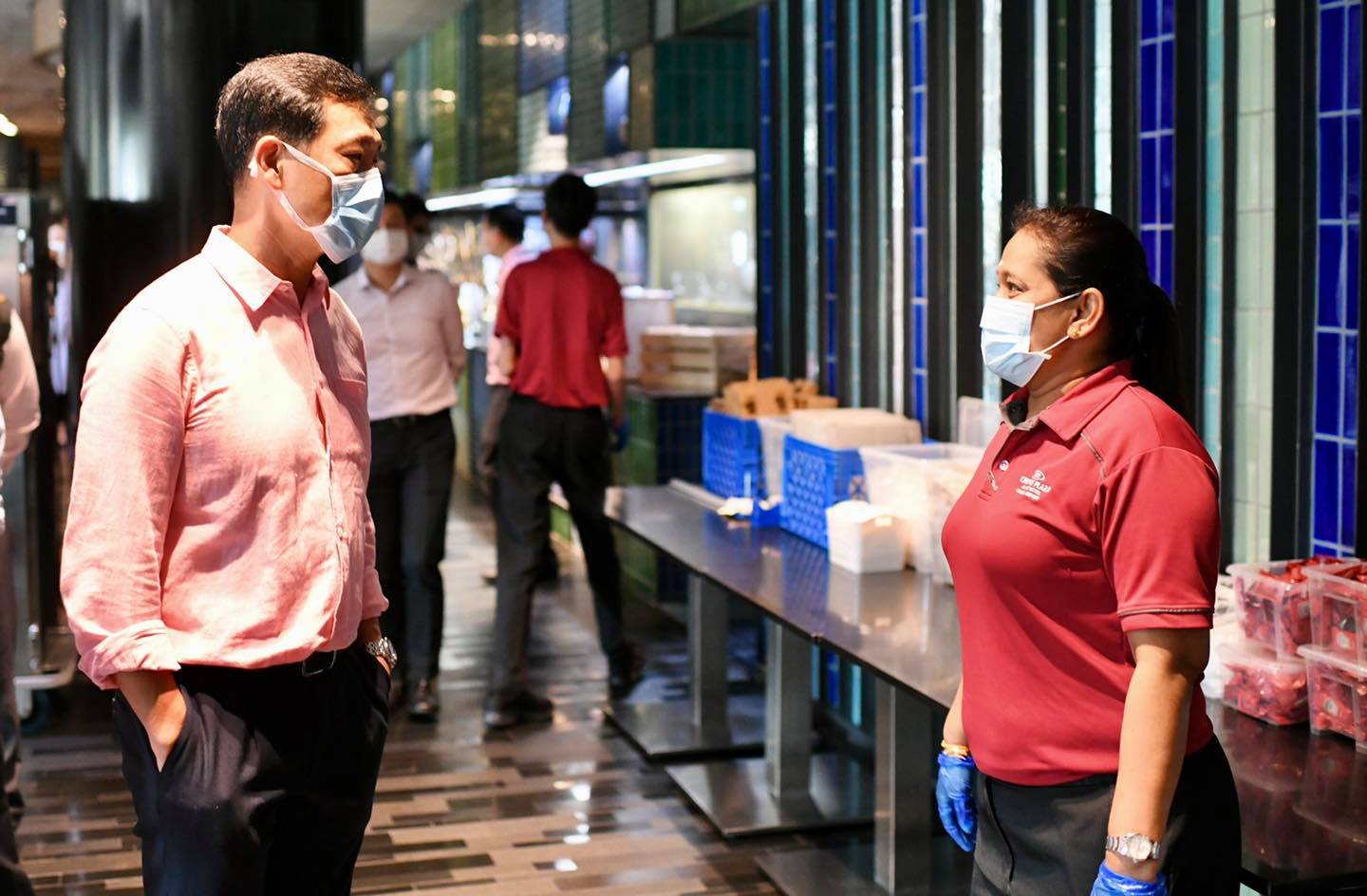 She has also just got her vaccination against Covid-19.

She’s among 180 staff at the hotel who’ve been vaccinated, the minister said.

It comes as staff in the aviation sector were vaccinated last month. 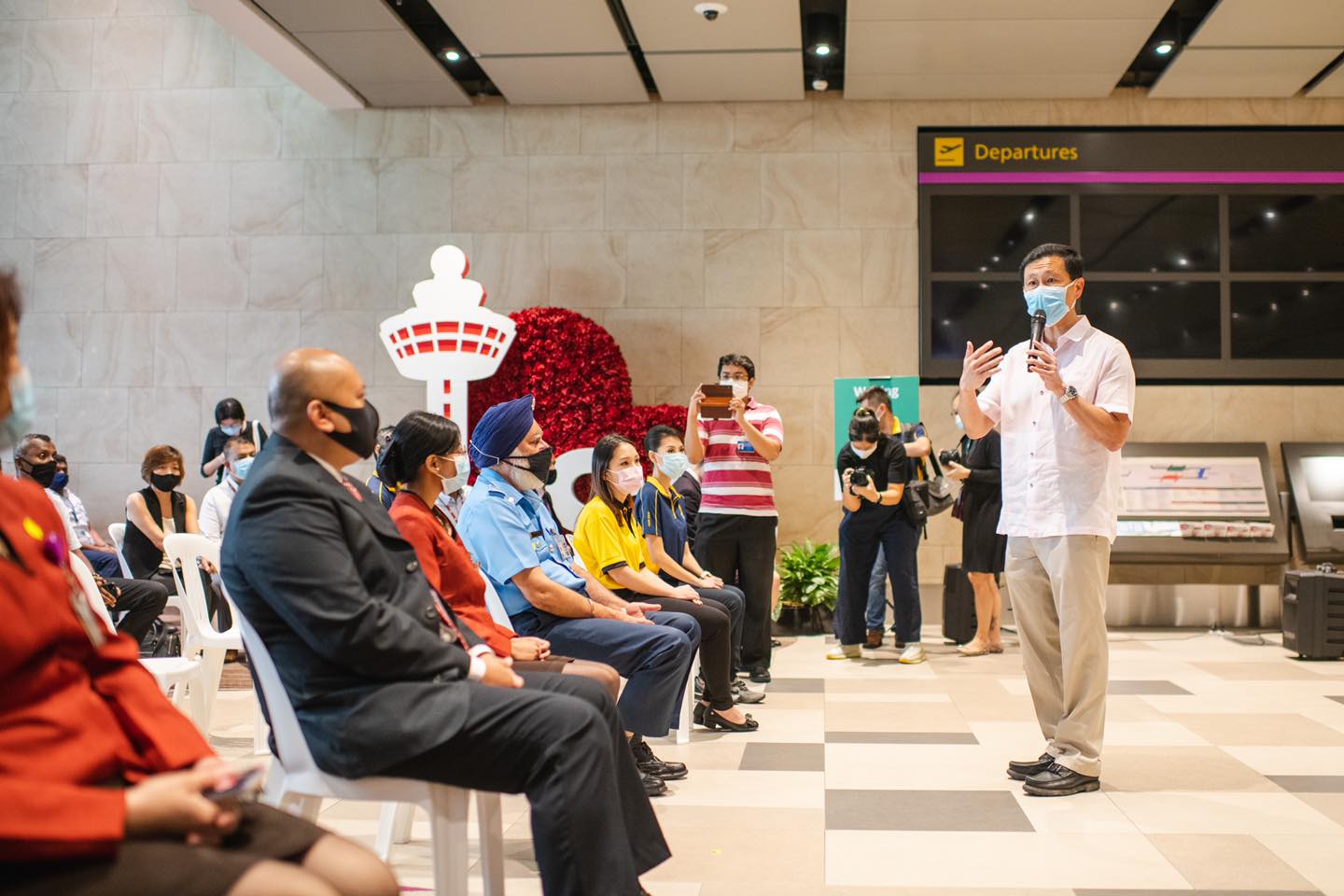 When she was sick, all her colleagues in the restaurant were put under quarantine.

An interesting thing that Mr Ong noted was that rather than have the restaurant stay idle without workers, the hotel’s management chipped in to cook and clean the kitchen, ensuring operations carried on.

The noble gesture is possibly one reason why Mr Ong felt a “positive spirit” in the hotel despite the infections.

He also pointed out that Crowne Plaza was voted the best airport hotel in the world – and maybe this is why.

Kudos to hotel for can-do spirit

After the dismay of finding a cluster among its staff, we’re glad that Crowne Plaza has gotten back on its feet again.

As its staff are still exposed to the threat of the virus from foreign air crew, the tight measures will now hopefully prevent any more infections.

Kudos to the hotel for its can-do spirit and commitment to helping Singapore’s border open up.