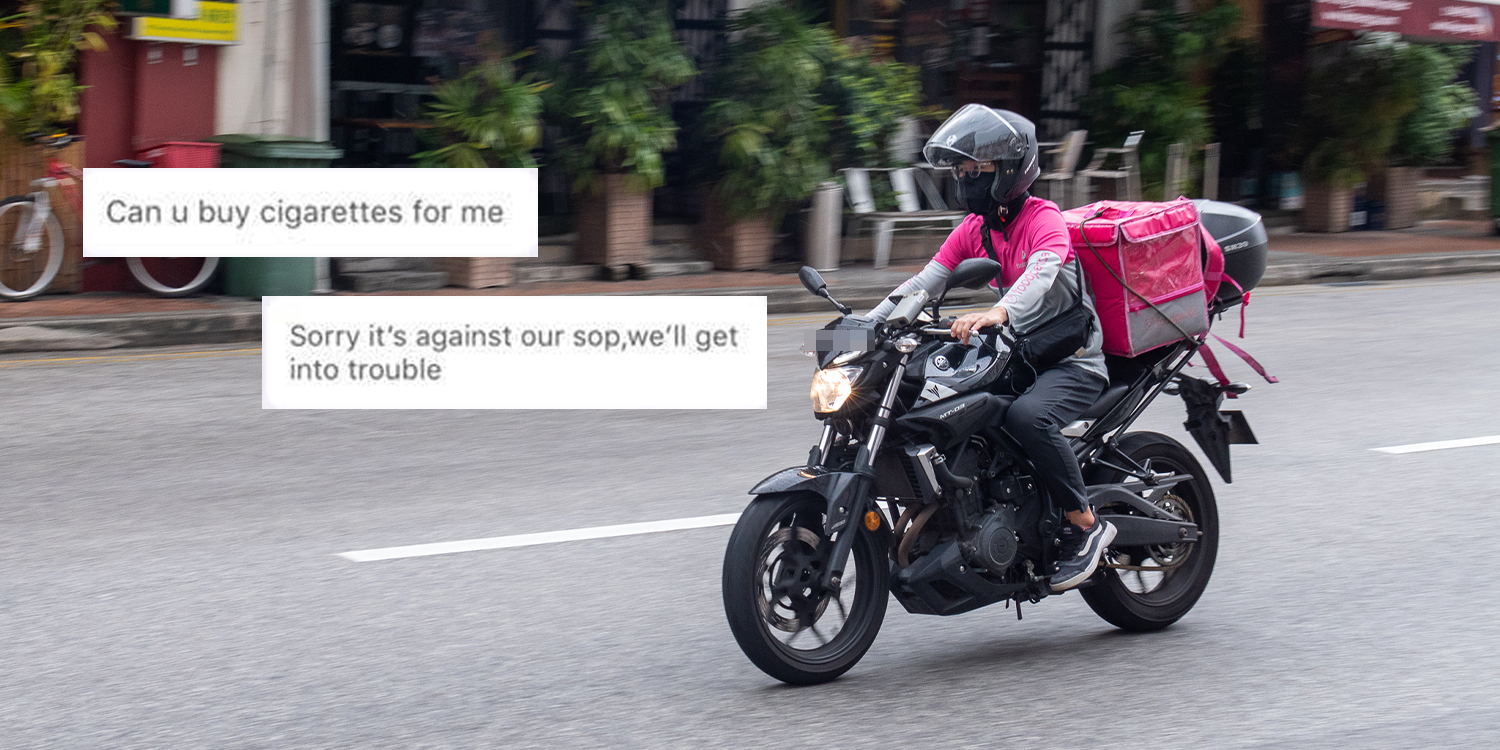 She apparently snatched the food and slammed the door.

We have seen times where customers had certain interesting requests for their food delivery rider.

However, not every customer might be reasonable, which could cause unhappiness when riders are unable to fulfil their requests.

The customer had apparently acted out after he declined a request to buy her cigarettes.

According to the rider on Sunday (11 Jul), the foodpanda customer had requested for him to buy a box of Marlboro Mega Ice Blast cigarettes for her while on the way to deliver the food.

Since this request was against foodpanda’s standard operating procedure, the rider turned it down as he did not want to get into unnecessary trouble.

Additionally, he also mentioned in the post that there is always the possibility of the customer being underage.

While it is understandable why the rider would reject such a request, the customer did not seem to agree.

When the rider reached the customer’s place to pass her to food, she slammed the door in his face after snatching the food away.

The rider wants to take the opportunity to let the public know that food delivery riders do not deserve to be treated as such.

Upon posting his complaint, many netizens agreed that he did the right thing.

Other riders also shared similar experiences in dealing with unreasonable customers in the comment section.

We can be more respectful to delivery riders

Most of us are trying to make a living and so are the food delivery riders.

There are probably other similar incidents that have gone unreported too.

Apart from delivering our meals, food delivery riders are not obliged to abide by anything else we ask of them.

They are simply doing their job and it is hard enough without these customers who are essentially asking riders to break the SOP for them.

Let us be more appreciative and show more kindness to them.