Cyclist Fell Off Bike After Wheel Got Caught In Drain Cover

Cyclists, no matter how seasoned, must have experienced falling off their bikes at least once.

But blaming someone else for your the fall? Now that’s something you don’t see every day.

One road cyclist who fell down after his front wheel got caught in the opening of a drain cover accused the cab driver of coming too close and pushing him over instead.

A 1-min video of the incident was uploaded onto the Singapore traffic Facebook group, ROAD.sg.

You can watch it in full here, we also break it down for you after the jump.

Bike wheel got stuck in a drain cover

The accident happened on Monday (18 Mar) at around 5.16pm, along St Andrew’s Road.

A cyclist dressed in blue can be seen travelling on the side of the road, just behind a yellow taxi. 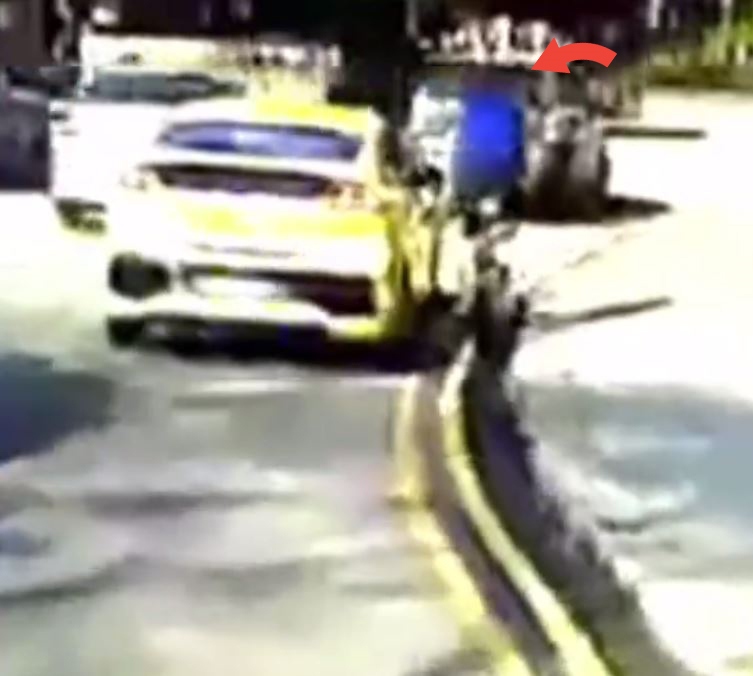 As the vehicles come to a halt at a traffic junction, the rider overtakes the cab from the side and stops next to it. All of a sudden, the cyclist starts wobbling and falls onto the pavement on his right.

Thankfully, he managed to support himself using his hands and presumably did not sustain any major injuries.

Blamed taxi for coming too close

Just seconds after falling over, the cyclist gave the adjacent cab a hard stare and approached the driver in a hostile manner. 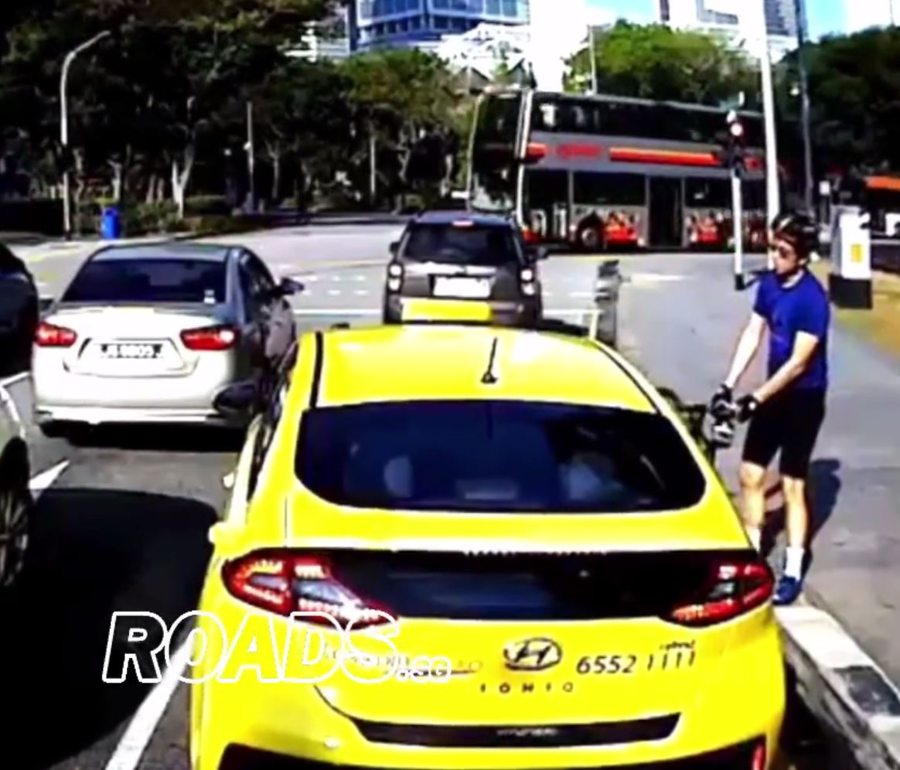 From his hand gestures, it was likely that the cyclist was blaming the taxi for coming too close, essentially ‘squeezing’ him towards the sidewalk.

The taxi driver wasn’t having any of it and can be seen indicating his displeasures through hand signals of his own. 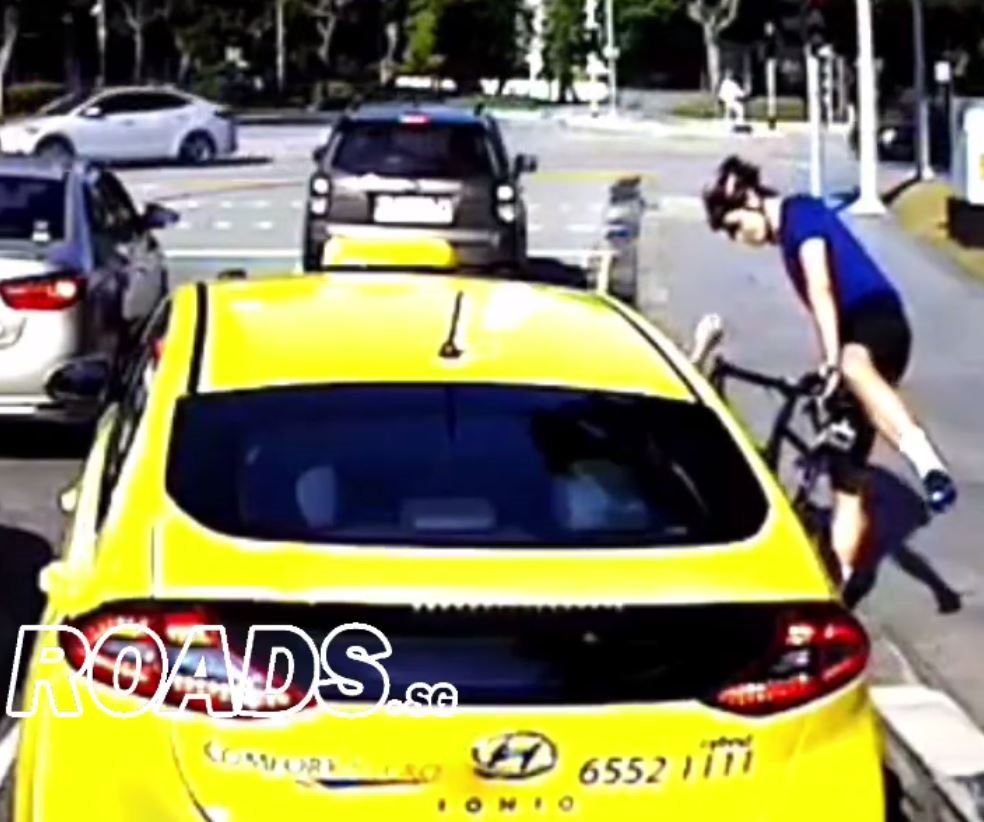 Another driver who was next to the cab allegedly wound down his window too, to “have a few words” with the cyclist. 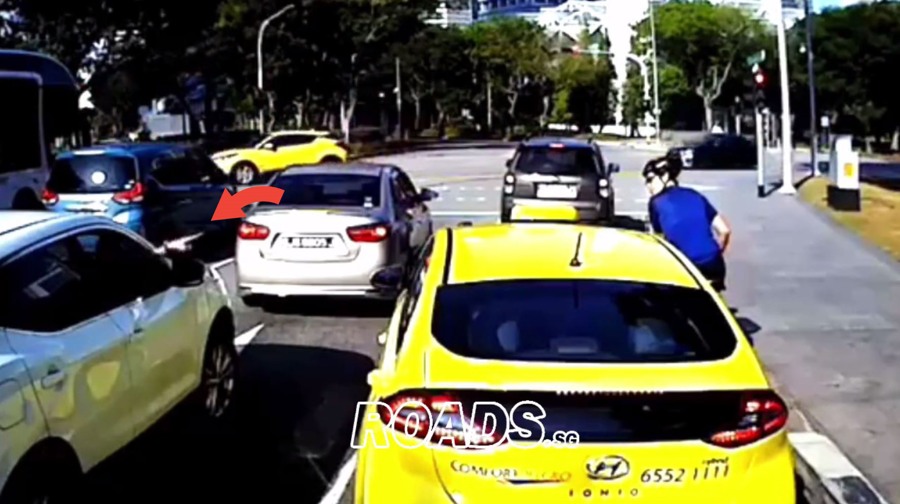 The driver who uploaded the footage claimed that the rider fell as his bicycle’s front wheel was caught in the drain grating.

And that’s likely the case. On closer inspection using Google Maps, it seems like the drain gratings in the vicinity had openings that run parallel to the curb, which can easily trap thin bicycle wheels. 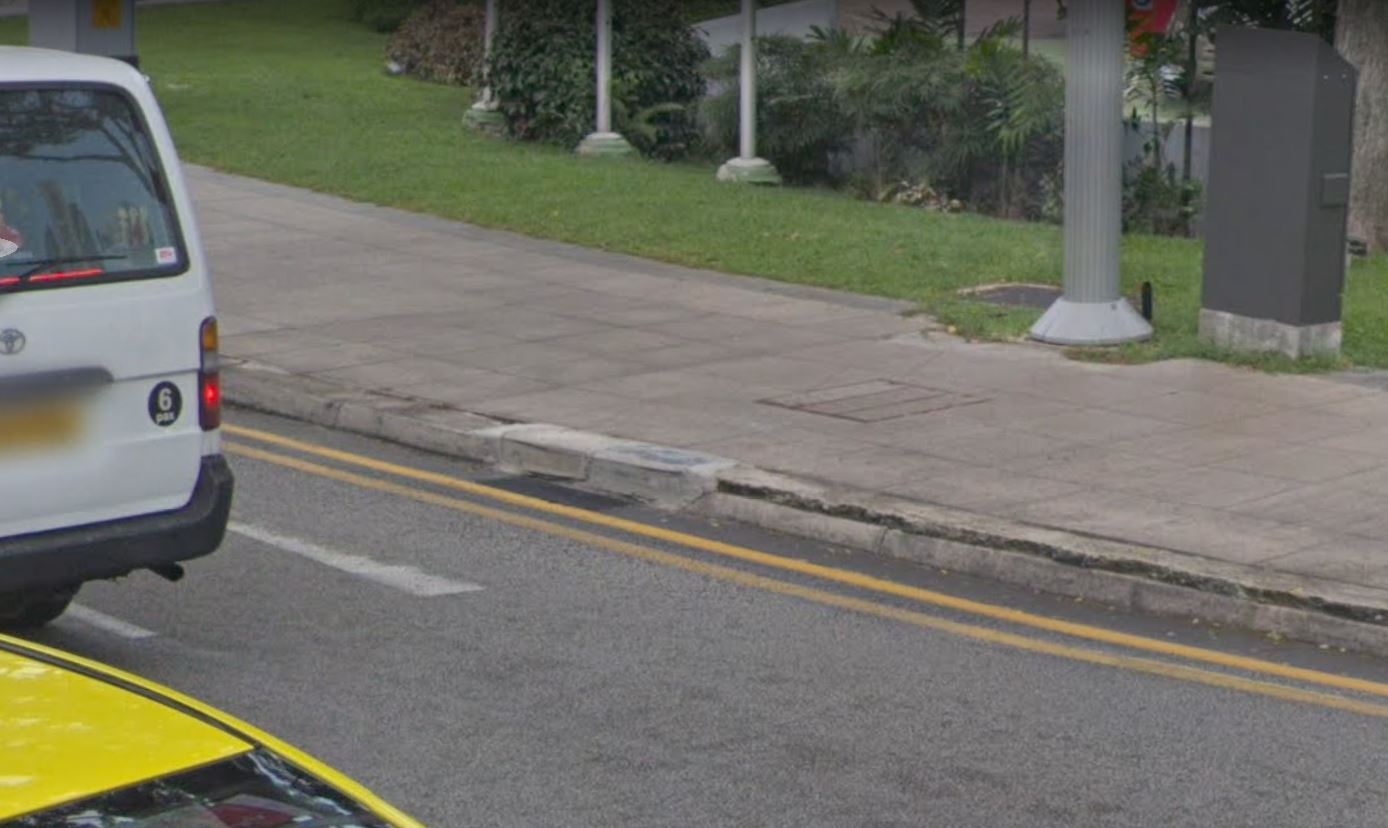 This isn’t the first time a cyclist has fallen down after having their wheels caught in drain gratings.

In 2011, one cyclist allegedly flew from his bike after his front wheel was ‘trapped’. The ROAD.sg admin took the chance to urge the authorities to look into installing drain covers with openings that are perpendicular to the curb.

This was what he was referring to. 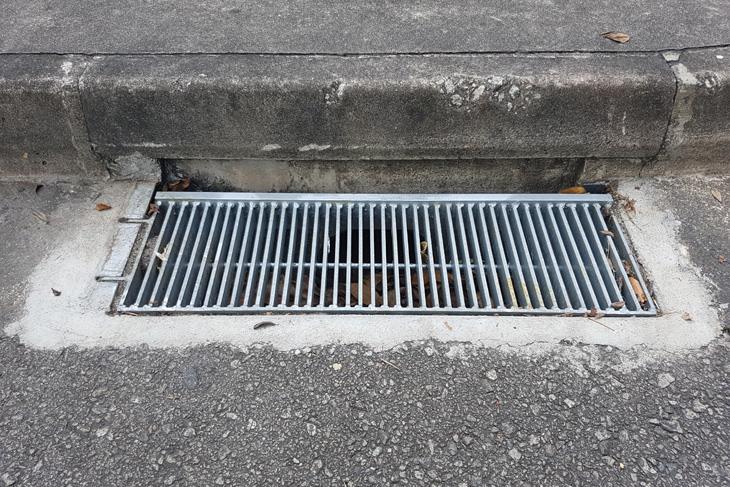 Even though the cyclist in this accident appears to have gotten away with nothing more than a few superficial injuries, things could easily have been much worse.

As such, we hope the LTA considers installing drain covers with openings that are perpendicular to the curb.

This will help to make our roads safer and will go a long way in preventing future accidents as well as promoting cycling as a recreational exercise. 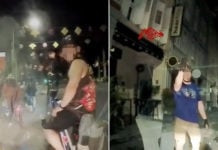 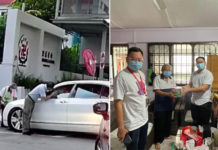 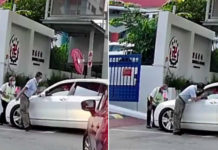