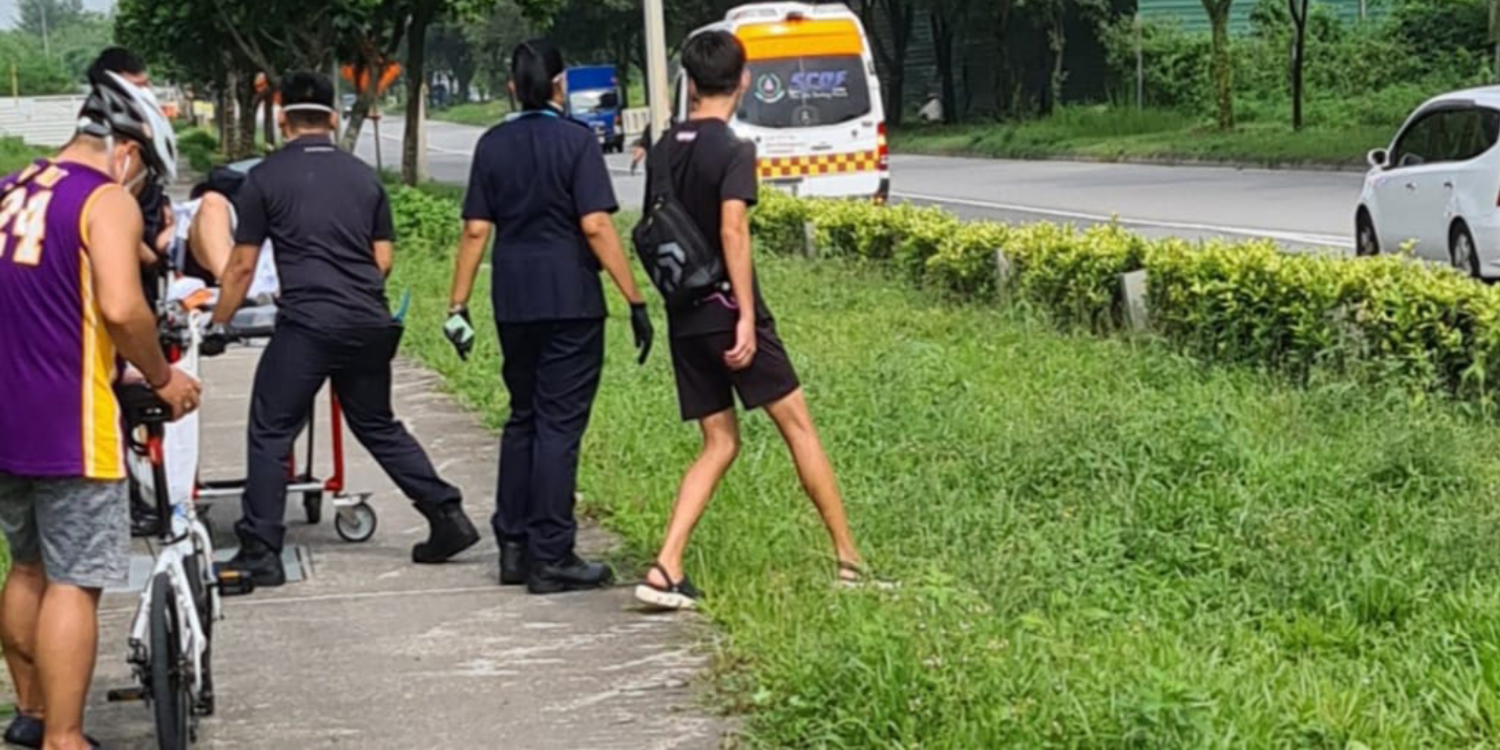 Cyclist In Seletar Passes Out By Roadside, Gets Help From Kind Drivers Nearby

Cycling in a busy country like Singapore often comes with road safety concerns, but enthusiasts face other risks too. A cyclist on the verge of passing out was lucky that drivers nearby had spotted him, and stopped to help.

Apparently alone on the rather quiet path, he was fortunate that they were passing by.

Before the cyclist fainted, they managed to ascertain his details and called an ambulance for assistance.

According to a post shared in Facebook group SG PCN Cyclist, Mr Lee was out cycling when he spotted an unconscious cyclist on a grass patch with some people surrounding him. 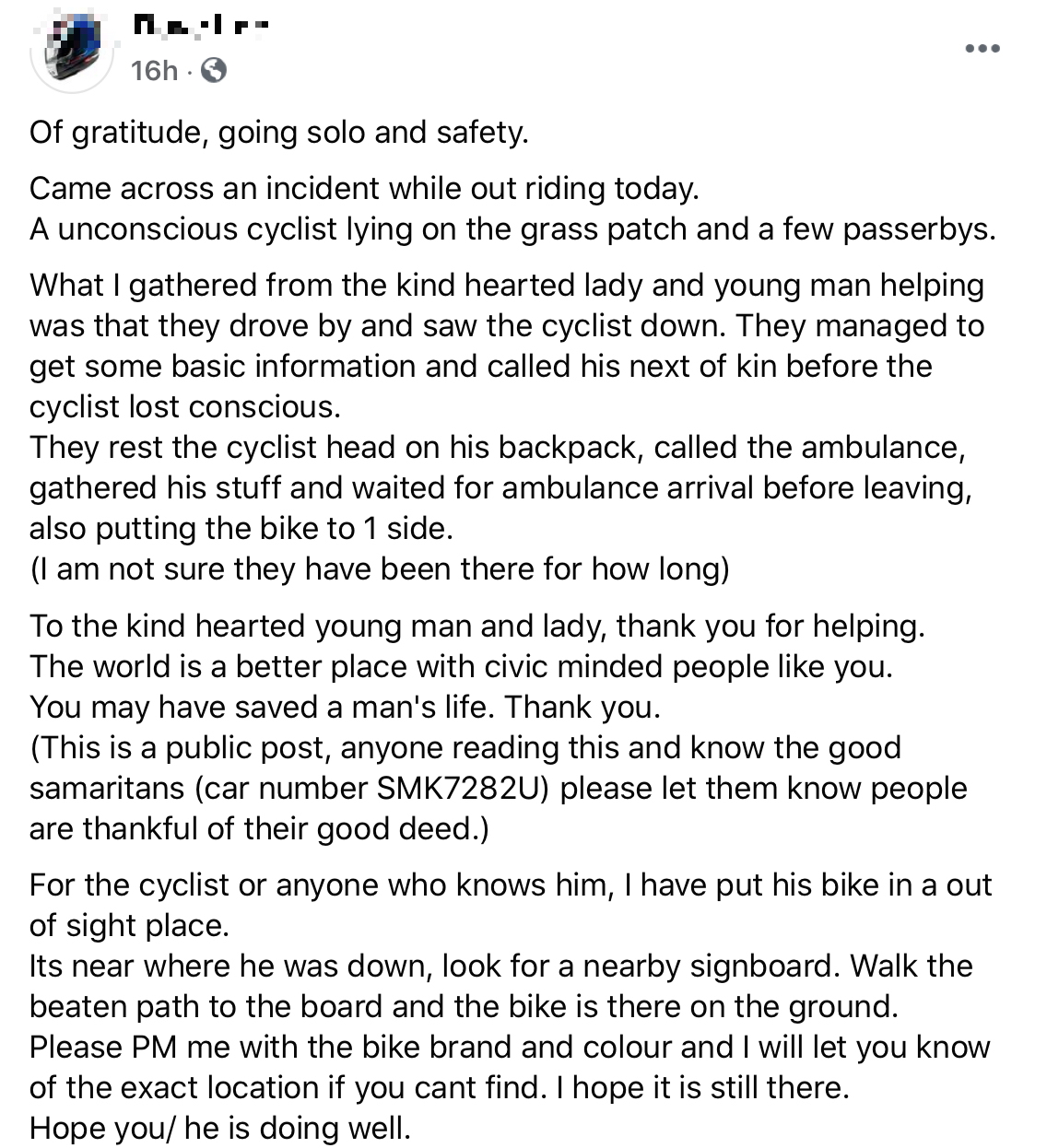 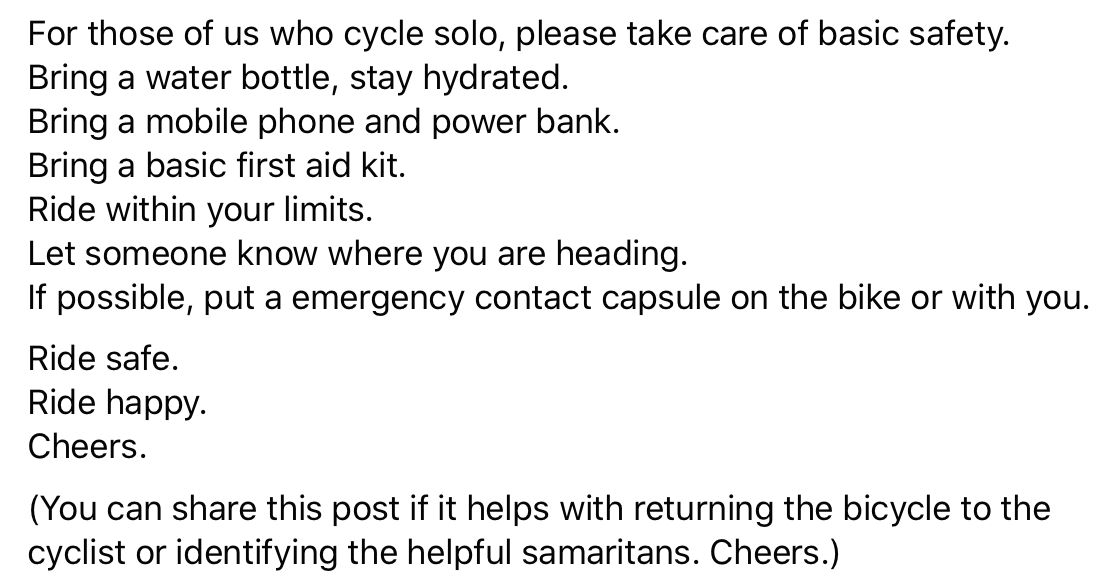 What Mr Lee learnt was that a man and a woman were driving by when they saw a cyclist falling down, and stopped to help him.

Judging from the photo, the incident may have occurred along Seletar North Link, indicated by the construction happening along the stretch of road.

While the rider was on the verge of passing out, the pair managed to get his basic details quickly. They then proceeded to contact his next-of-kin and called an ambulance for help.

The duo then tended to the rider while waiting for help to arrive.

They rested his head on his backpack and gathered his belongings as well as his bike, and moved them to the side.

The pair of Good Samaritans only left after the ambulance took the cyclist away.

Mr Lee shared that he posted about this incident as he was moved by the kind deed that the pair did.

He thanked them for helping and added that the world has become a better place thanks to compassionate people like them.

You may have saved a man’s life. Thank you.

Costs nothing to be kind

We truly laud the kind drivers for acting quickly and doing something when they saw someone in need, instead of just driving past.

Let’s all learn from their example as it costs nothing to be kind, and even the smallest gesture may change a person’s life.