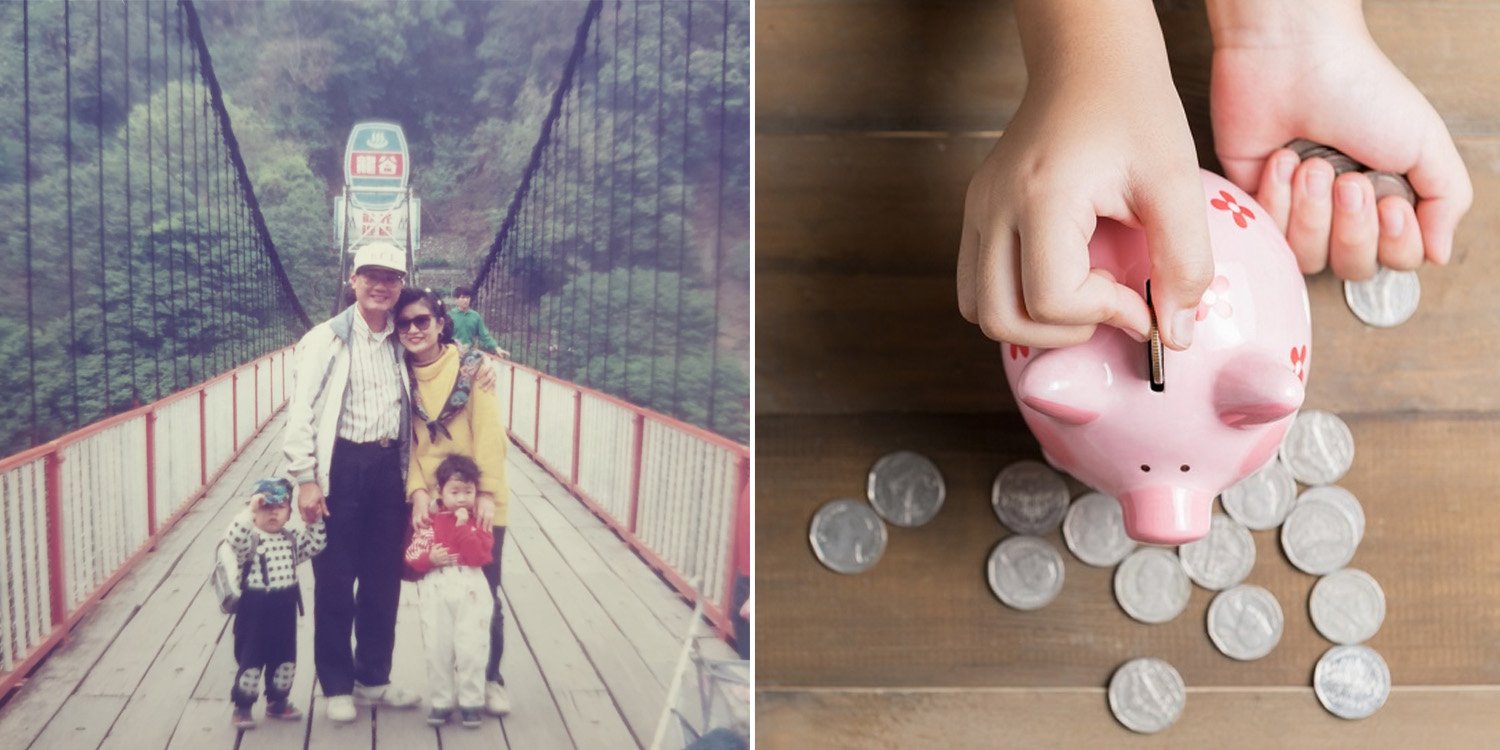 Singapore Dad’s Love Language Is Money, He Expresses Affection By Giving It

Parents would often go out of their way to care for their children. Some may administer tough love, but we know deep down, they have the best intentions.

Be it in familial or romantic relationships, we can quickly break down the way people express their affection into 5 love languages, such as quality time, words of affirmation, and acts of service. 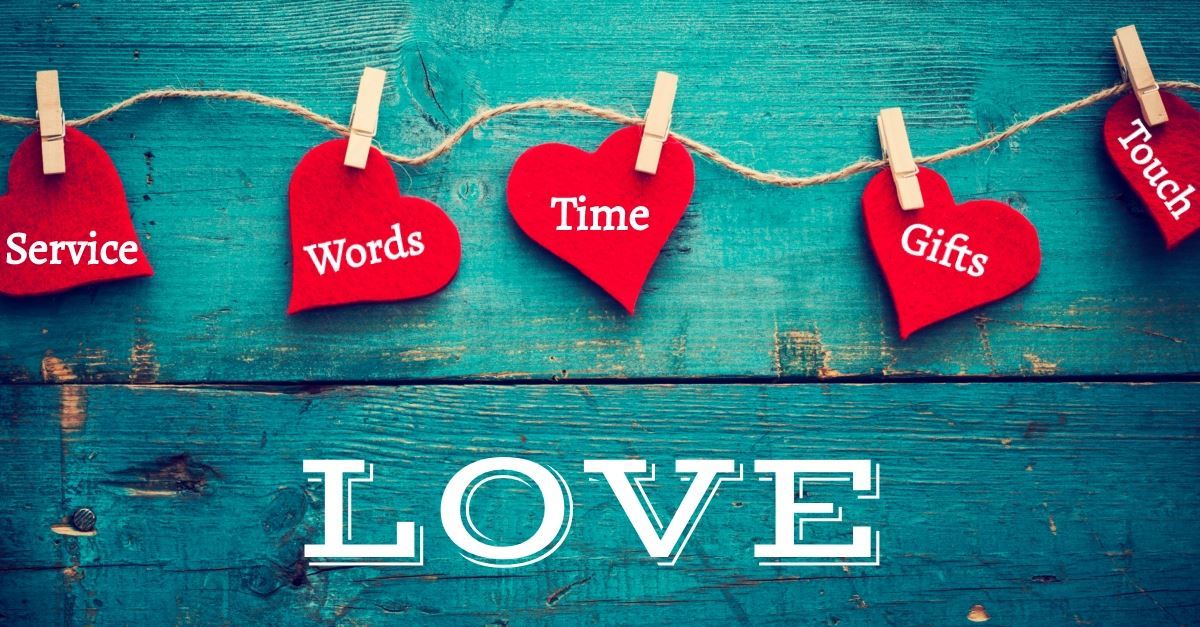 For one Singaporean son, he realised that his dad’s love language is not one of the 5, as it was ‘money’.

He wrote a heartfelt Facebook post on Wednesday (23 Dec), sharing how his dad expresses his love by giving his sons pocket money and donations. We summarise the son’s poignant anecdote after the jump.

Evidently, his post resonated deeply with many netizens, as it has garnered over 4,000 shares in 24 hours.

According to the Facebook post, Matthew Zachary Liu shared that he realised only recently that his dad’s love language was money. He didn’t love money, no. Instead, he expresses his love through money.

Matthew recalls how his dad often asked him if he had enough pocket money even though he was always busy.

Being a young boy back then, he was simply happy to have more money to spend. But after growing up, he found out that his dad has been quietly giving him pocket money out of his own allowance too.

Matthew explains this is because his mum controls the finances at home. Mr Liu senior didn’t make a big deal out of giving extra pocket money — he even told his son not to tell his mum.

Dad still asks if he has enough to spend

Mr Liu senior’s habit of ensuring his son had enough money to spend, carried on even until after he’s retired — and after his 2 sons have grown up.

He’d still text Matthew asking if he was doing okay, and if he needed any money.

Even though Matthew is a full-fledged adult now, he remembered that his dad gave him and his younger brother a $50 note at a food court so they could buy food, as if it was the most natural thing to do. 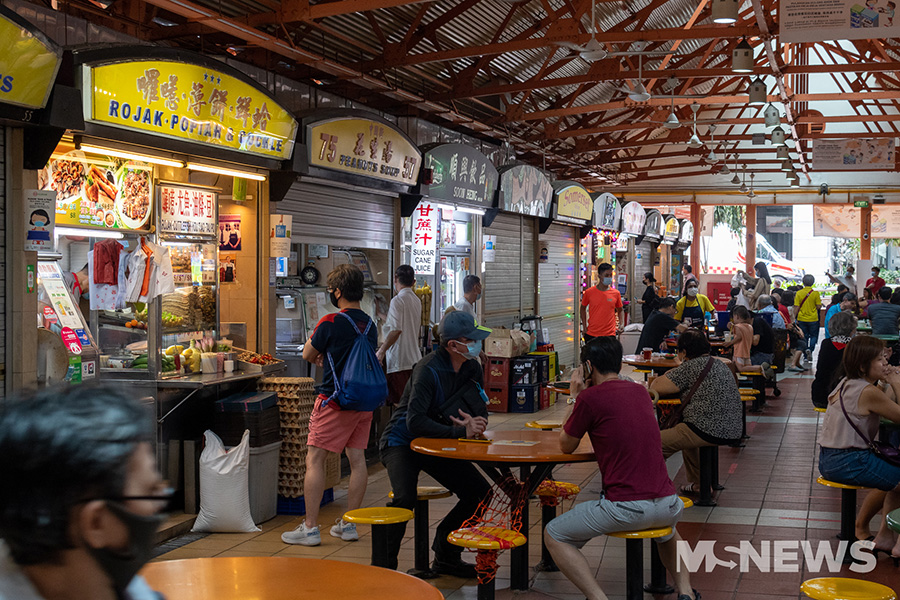 Matthew thinks it would’ve been normal if he was still a kid.

But we’re all grown ass men and he’s still slipping me money!

One day, Matthew received a message from one of his dad’s ex-colleagues, saying an old lady was trying to find the person who gave her a “huge sum of money” after her husband passed on.

Dad’s ex-colleague thought it might actually be my Dad.

It was his dad indeed. When asked about it, all Mr Liu senior said was, “don’t tell your mum.” 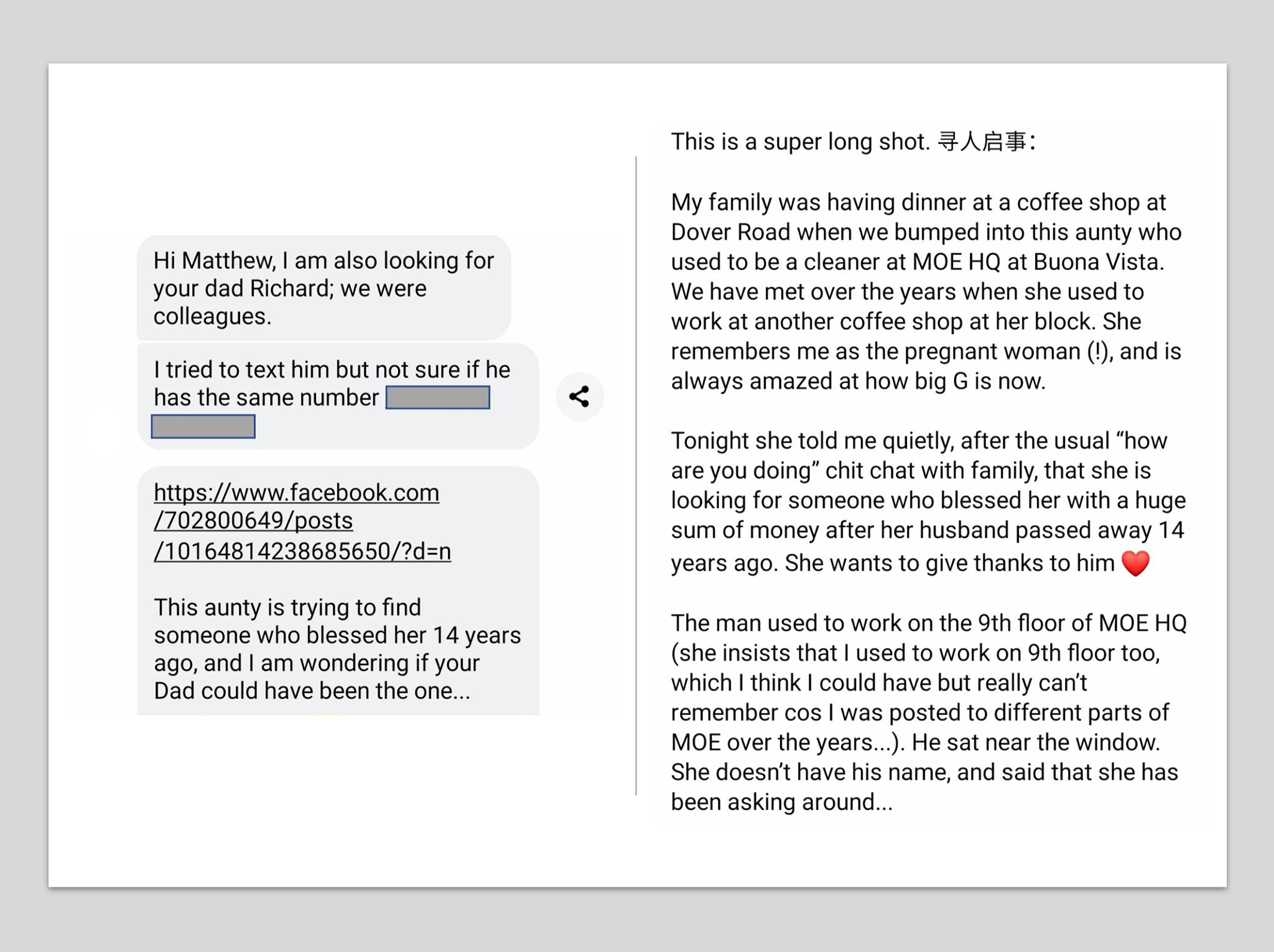 Matthew had an epiphany at the moment. He remembers how his dad would give money to elderlies selling tissues at hawker centres, and even tipped food deliverymen.

Even though his mum chided him once asking if he thought he was a bank or charity, Mr Liu senior would continue to give whenever he could.

Alas, that’s probably what makes Asian parents special, because they may not express their love in conventional ways.

Matthew said they express it through many subtle things they do instead.

“Asking if we’ve eaten, preparing a cup of Milo or our favourite meal, going out of their way to do things for us, only for us to perceive their care and concern as naggy and annoying.”

And it is only after we’ve matured, do we realise their acts of love and sacrifices later in life. Matthew ends his post by saying,

My dad isn’t a rich dad. But his heart is full and his soul is rich.

Basking in his father’s profound love

A father’s love is boundless, and the way Matthew’s dad expresses his is a testament to the saying.

We can’t help but think of our own parents too and their sacrifices, and the different ways they express their love. It may not be a straightforward “I love you”, but their actions hold equal meaning, if not more.

So every time your mum or dad checks in on your well-being, do remember that they’re doing it out of love and concern. Make time for them during the holidays, we’re sure they will appreciate it.